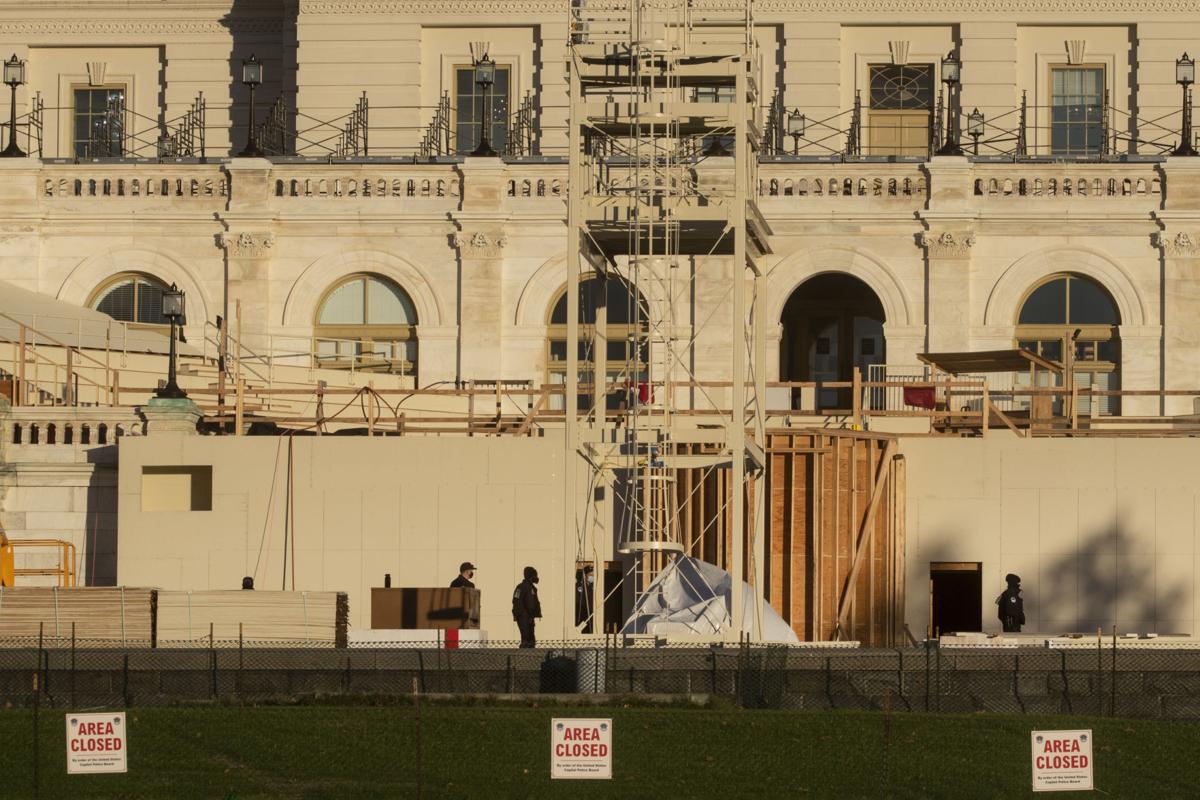 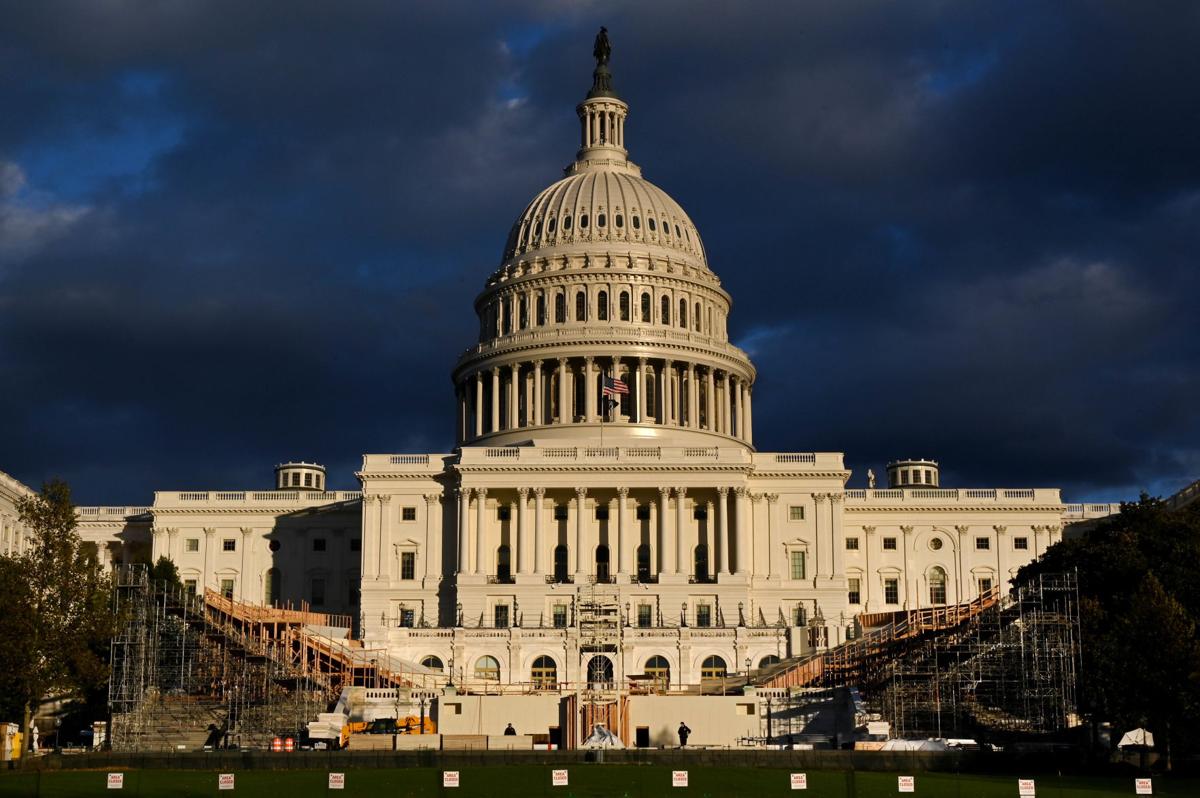 WASHINGTON - On the heels of a norm-shattering presidential election and amid a surging pandemic, federal and local officials are laying the groundwork for a presidential inauguration unlike any other.

They are under pressure to stage an event that will kick-start a new chapter in American history and begin to heal a nation bruised by its deep partisan divides. But they are also operating within the constraints of a health crisis that has upended traditions dependent on massive gatherings and cross-country travel. The balls, presidential parade and throngs huddled together on the National Mall that transform the District of Columbia every four years could look significantly different from past inaugurations.

Over the next nine weeks, President-elect Joe Biden is expected to launch an inaugural committee that will work with a congressional committee and local partners to rise to a moment defined by competing political and public health needs.

Presidential inaugurations are planned by the Joint Congressional Committee on Inaugural Ceremonies (JCCIC) and a committee formed by the president-elect. While Biden has yet to announce his committee, the bipartisan group and D.C. agencies have spent the better part of the year preparing for the formal launch regardless of the Election Day outcome. They say they are forging ahead with plans for in-person events on Jan. 20 with the understanding that it is easier to scale down than scale up operations.

Officials have taken steps to prepare for a swearing-in ceremony and a parade down Pennsylvania Avenue. Construction for the inaugural platform is underway outside of the Capitol, and D.C. has repaved Pennsylvania Avenue. The National Park Service, the agency that handles permitting for gatherings on federal property, has issued a permit for the construction of the inaugural facilities in Lafayette Square, which includes the reviewing stand where the president watches the parade and a media riser.

But the makeup and scale of this year's inauguration remains in flux. The committee did not lay out what measures it will take against the coronavirus and said it is consulting with the Office of the Attending Physician and other partners.

Sen. Roy Blunt, R-Mo., who chairs the JCCIC, estimated that crowds at the swearing-in ceremony and infamous parade down Pennsylvania Avenue could be small by historic standards. The event in the past has drawn from hundreds of thousands of people to more than a million.

The committee also said guest lists and entertainment, including any plans for a concert at the Lincoln Memorial typical for first-term presidents, are still being determined.

In 2017, tickets were required to enter the Capitol grounds to view the swearing-in ceremony, with parts of the National Mall open for people who did not have tickets. There has yet to be a formal announcement about tickets for January's inauguration. In 2017, the joint congressional committee released tickets in early January to members of the House of Representatives, who distributed them to their constituents. Some members of Congress who are already allowing their constituents to request tickets for the 2021 inauguration have made it clear in their submission forms that they cannot guarantee tickets, and that they do not have information about the plans for the ceremony, given the state of the coronavirus pandemic.

The Walter E. Washington Convention Center, which for years has hosted inaugural balls, will be unavailable for festivities in January. It has been transformed into an emergency field hospital in preparation for a surge in coronavirus cases.

The weather could be an especially big wild card. In 1909 and 1985, inauguration ceremonies were forced inside by bad winter weather. That may not be an option this time, given the heightened risk of spreading the coronavirus indoors.

D.C. agencies are working to ensure public safety during the inauguration no matter its scale. The U.S. Secret Service is the lead agency overseeing the operations of the inauguration. D.C. police are responsible for maintaining order throughout the city.

The city government has historically brought in law enforcement officers from across the country as reinforcement during the inauguration - a tradition complicated this year by the pandemic. Officials with the office of D.C. Mayor Muriel Bowser, a Democrat, say are trying to bolster the police force with regard to the virus.

"We will have to see where we are with the public health guidance and make sure we are able to adhere to that guidance," said John Falcicchio, Bowser's chief of staff and deputy mayor for planning and economic development.

Chris Beyrer, professor of epidemiology at Johns Hopkins University, said the inauguration could come at a particularly bleak moment in the pandemic. He said the outdoor portion of the event could go forward if guests wore masks and practiced social distancing, but balls and other indoor events could turn into superspreader events.

"Unfortunately, where we are is still very much in the steep part of the expansion curve," Beyrer said. "There's every reason to think, I'm sorry to say, that the rest of November, December and January are going to continue to be high transmission months."

It is also still unclear how many demonstrators will come to the city during inauguration week. As of mid-November, six groups had applied for permits to protest or rally for the president-elect between Jan. 14 and 23, according National Park Service spokesman Mike Litterst.

None of the permits have been issued. Litterst said they will be issued on a first-come, first-served basis after the Presidential Inaugural Committee decides which land it needs for ceremonies. It is not unusual, Litterst added, for permits to be doled out the week before the event takes place.

Despite the health crisis and concerns about unrest, tourism officials say they have seen "high interest" from visitors planning to travel to the city to celebrate inauguration, which they hope could inject new life into the local economy hit hard by the pandemic.

"Even if covid-19 prevents some of the typical celebratory events, [the] inauguration will hopefully help offset some of the deep economic losses we've seen so far," said Elliott Ferguson, president and CEO of Destination DC, which promotes the city to visitors.

But Leticia Proctor, senior vice president of sales, marketing and revenue management at Donohoe Hospitality Services, says she has not seen much of an uptick in bookings for late January. Her company, which manages more than 2,000 hotel rooms in the Washington region, normally hits 35% to 40% occupancy during the inauguration. As of Wednesday, occupancy around the inauguration lingered just below 6%, a situation she called "somewhat alarming" for her industry.

Federal officials also hope the event will lift a nation knocked sideways by the coronavirus pandemic and a historically divisive presidential election. The JCCIC said the theme of the 59th swearing-in ceremony will be "Our Determined Democracy: Forging a More Perfect Union" to illustrate "our continued and unbroken commitment to continuity, stability, perseverance, and democracy."

Jim Bendat, an inaugural historian and author of the book "Democracy's Big Day," said Biden's inauguration could be as significant as those during the Great Depression or after the Civil War as a means of binding wounds and highlighting the transition of power.

"It's always an important day, but often it's just a big show," Bendat said. "There are certain inaugurations we've had in our history that have been very significant for a variety of reasons."

One of the most significant ways the inauguration could make history is whether President Donald Trump decides to attend. Trump, who has attacked the legitimacy of the election results with baseless conspiracy theories, has not committed to being part of the ceremony.

"I think the president will attend his own inauguration," McEnany said. "He would have to be there, in fact."

Timothy Naftali, clinical associate professor of history and public service at New York University and former director of the Nixon presidential library, said he fears that the ritual of the inauguration will become the final political norm that Trump shatters after four years of assaults on the institution of the presidency.

"It's supposed to be a moment when the political guns fall silent, and it's in that quiet that the next president of the country is given the chance to inspire and start leading us," Naftali said. "I don't anticipate Donald Trump giving it to Joe Biden."

The Washington Post's Julie Zauzmer and Mike DeBonis contributed to this report.