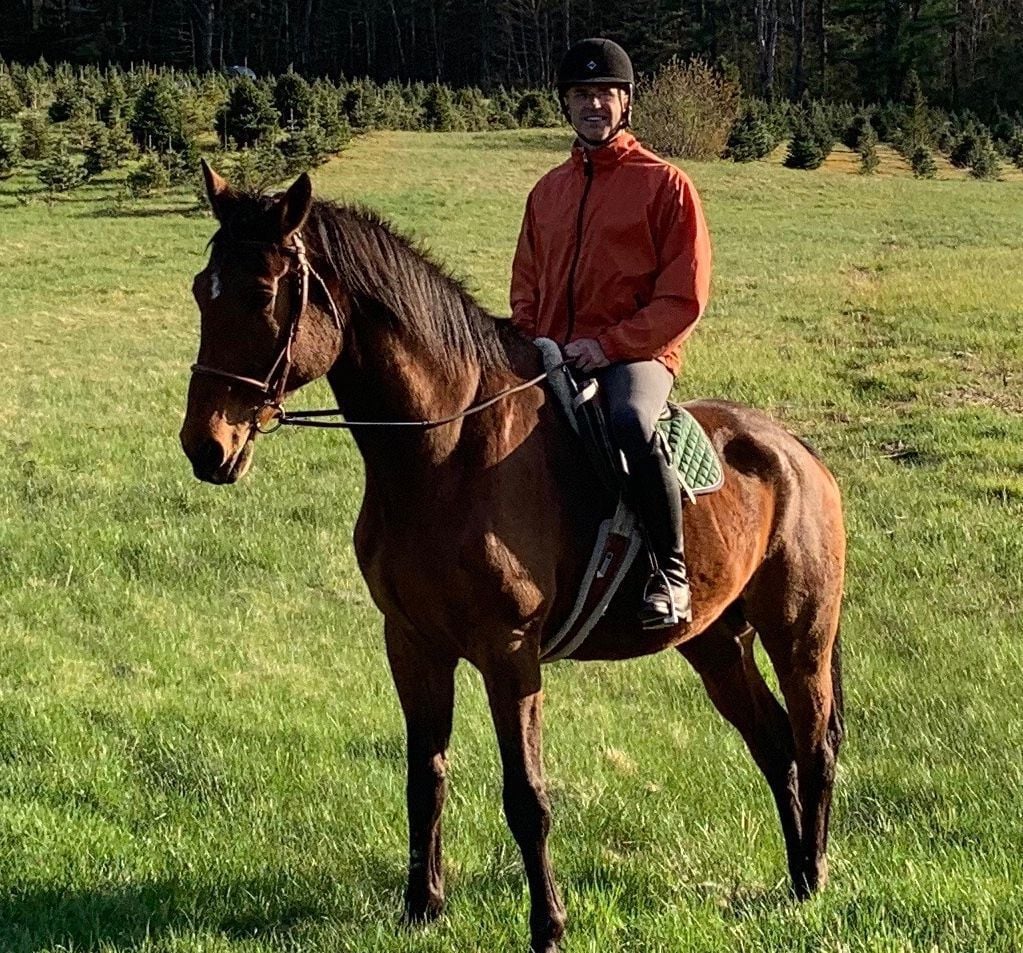 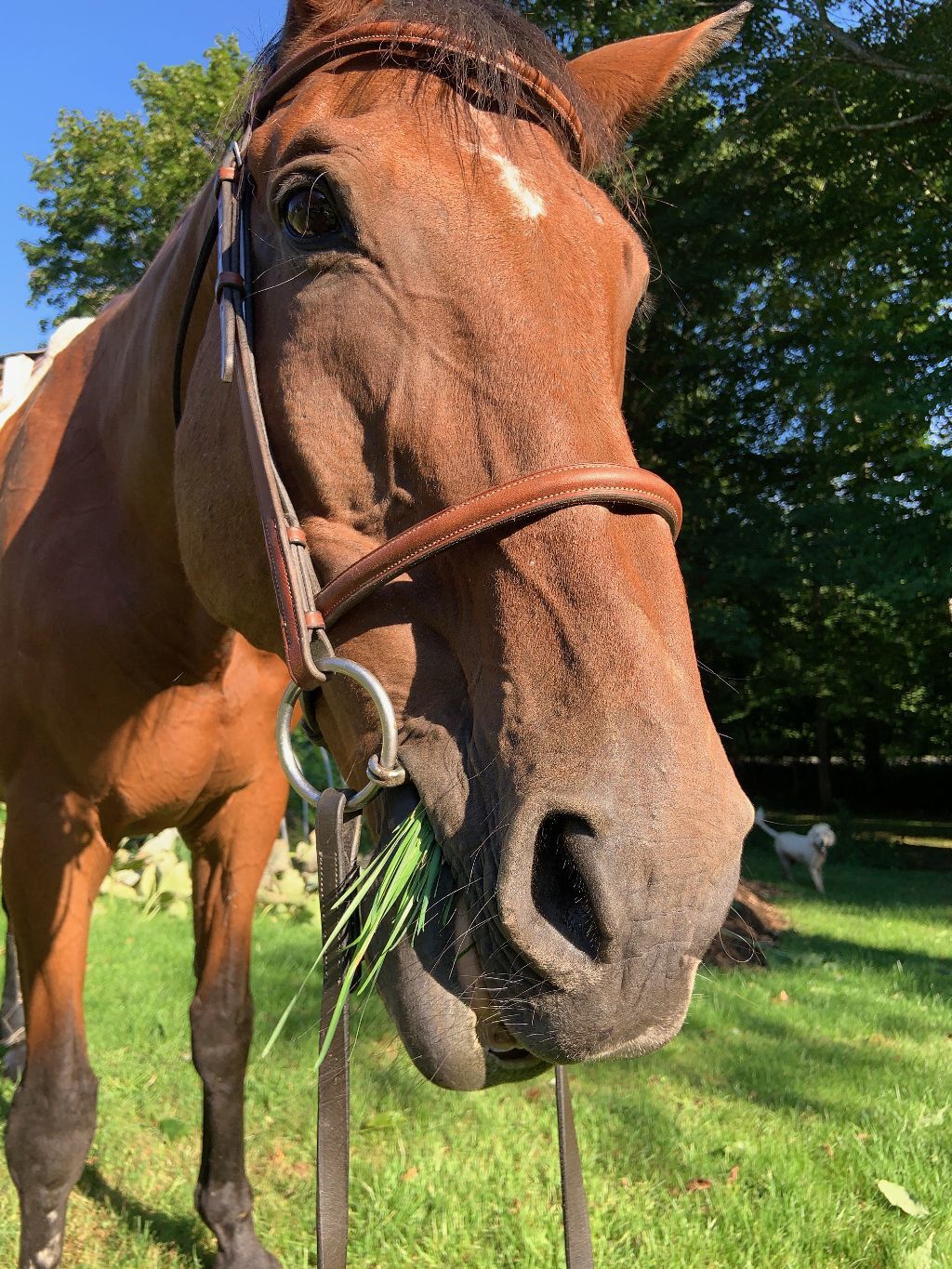 Leo, a Holsteiner horse, has been missing in Bear Brook State Park since Sept. 6. 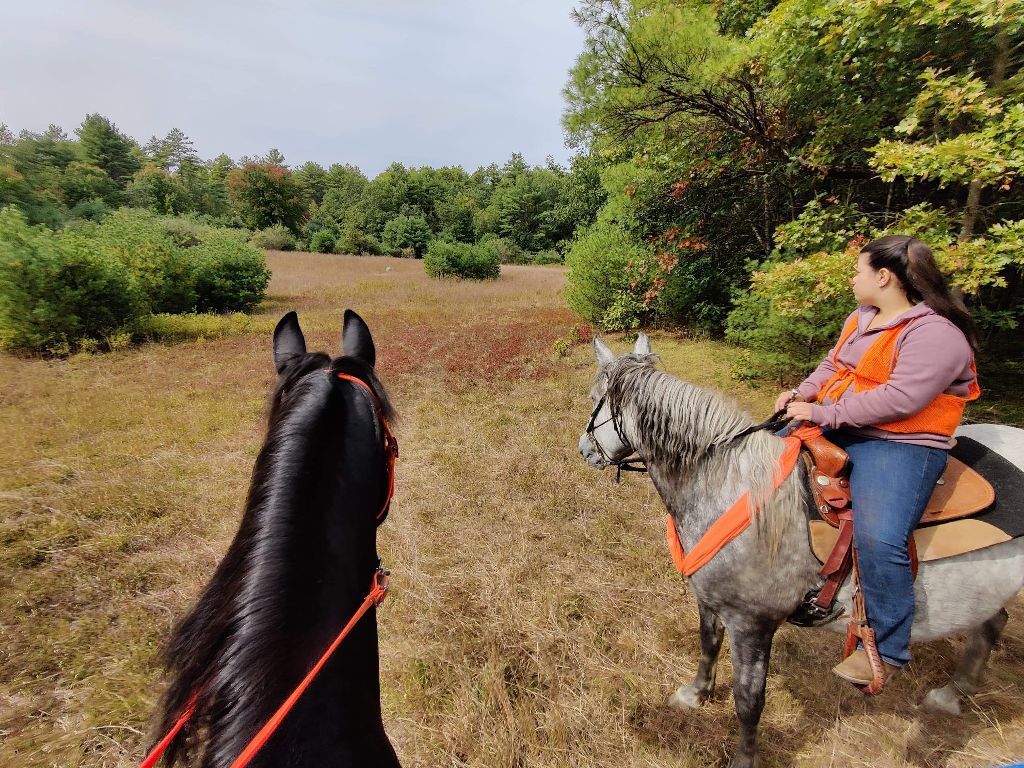 Leo has a Holsteiner brand on his left hip.

Leo, a Holsteiner horse, has been missing in Bear Brook State Park since Sept. 6.

Leo has a Holsteiner brand on his left hip.

A 17-day search for a horse that vanished in Bear Brook State Park has turned up few clues, but owner Michael Klein-McNeil isn’t giving up hope he’ll be found alive.

“I believe in my heart he’s wandering around,” he said.

The Hampton Falls horse owner has been living a nightmare ever since his 24-year-old Holsteiner named Leo disappeared Sept. 6 while riding on a trail in the expansive state park in Allenstown.

Countless volunteers have descended on the 10,000-acre park to search for Leo by foot, horseback and air.

“Nobody has physically seen him since the day that we separated,” Klein-McNeil said.

The intense search began after Klein-McNeil lost sight of Leo while they were making their way up a steep ravine. He said he dismounted because it was too difficult to ride up.

After deciding to get off and walk up, Leo made it to the top, but when Klein-McNeil arrived behind him, he was nowhere to be found in the area of the Sentinel Pine and Cascade trails.

Klein-McNeil moved to New Hampshire from Oregon nine months ago and didn’t know that the trail was so challenging as it was his first experience on the trails.

He hoped Leo would find his way back to their trailer, but he never showed up.

“I’m trying to think of everything possible to bring him home,” said Klein-McNeil, who was riding with his partner and his horse named Charlotte on the day of the disappearance.

Volunteers have since mobilized through Facebook pages like “Find Leo (Bear Brook State Park)” to help with the search.

Avis Rosenfield of Deerfield is an advocate for the equine community who is active in many horse organizations and has been instrumental in the search as she is also involved with the Bear Brook State Park Management Plan Committee.

She said a drone pilot with thermal imaging volunteered to scan the area on Wednesday and found a possible pattern that Leo may be following.

Game cameras will be placed in the area to assist.

Hunters and others on horseback are also on the lookout.

“We’re doing all that we can to try to find this horse,” Rosenfield said.

Carrie Fyfe, equine and farm animal program manager at the New Hampshire Society for the Prevention of Cruelty to Animals, has been monitoring the search for Leo and worries that since he was wearing his saddle and bridle, the riding equipment may have become caught on some branches. He could also be injured.

Mala Tyler, who lives in nearby Pembroke and owns Velvet Green Stables, has spent several hours searching with her horse, but she’s only found deer and other wildlife.

“My heart breaks for his owners. He is out there somewhere. We will continue to search for Leo until he is found,” she said.

Reports of missing horses are rare in New Hampshire, Fyfe said, but when they do happen they’re usually found quickly.

“It’s a very unusual situation for this duration,” she said, adding that the sheer size of the state park makes finding Leo even more challenging.

The length of time that Leo has been missing also surprised Caroline Tate, president of the New Hampshire Horse and Trail Association.

“I haven’t heard of one being gone this long,” she said.

Klein-McNeil hasn’t ruled out the possibility that Leo wandered onto someone else’s property and is being held by someone who essentially stole him instead of calling local authorities.

Leo is branded on his left hip, which would raise a red flag if a thief tried to transfer ownership.

While thousands of horses are reported stolen in the United States each year, thefts are rare in New Hampshire and New England.

While odds are slim that Leo is the victim of theft, Rosenfield said, “Anything is possible.”

Leo the horse was found alive by hikers searching not far from the area where he disappeared Sept. 6 in Bear Brook State Park, but the 24-year…

ROME — Italian farmer Cristian Mallocci could not believe his eyes when Spelacchia, one of his eight dogs, gave birth to a green-furred puppy.

WINDHOEK - The number of dead seals found washed ashore on the coast of Namibia has risen to more than 7,000, non-profit group Ocean Conservation Namibia (OCN) said on Friday.

MOSCOW (Reuters) - Russia's natural resources ministry said on Friday the mass death of marine life off the coast of its Kamchatka region in the Far East had been caused by toxic algae and was not man-made, the TASS news agency reported.

Emily Aho is ready to move into the next home base for the Newfoundland Pony Conservancy Center, once she finds it, after the planned relocation to a larger facility out of state fell through while they were in the process of moving.