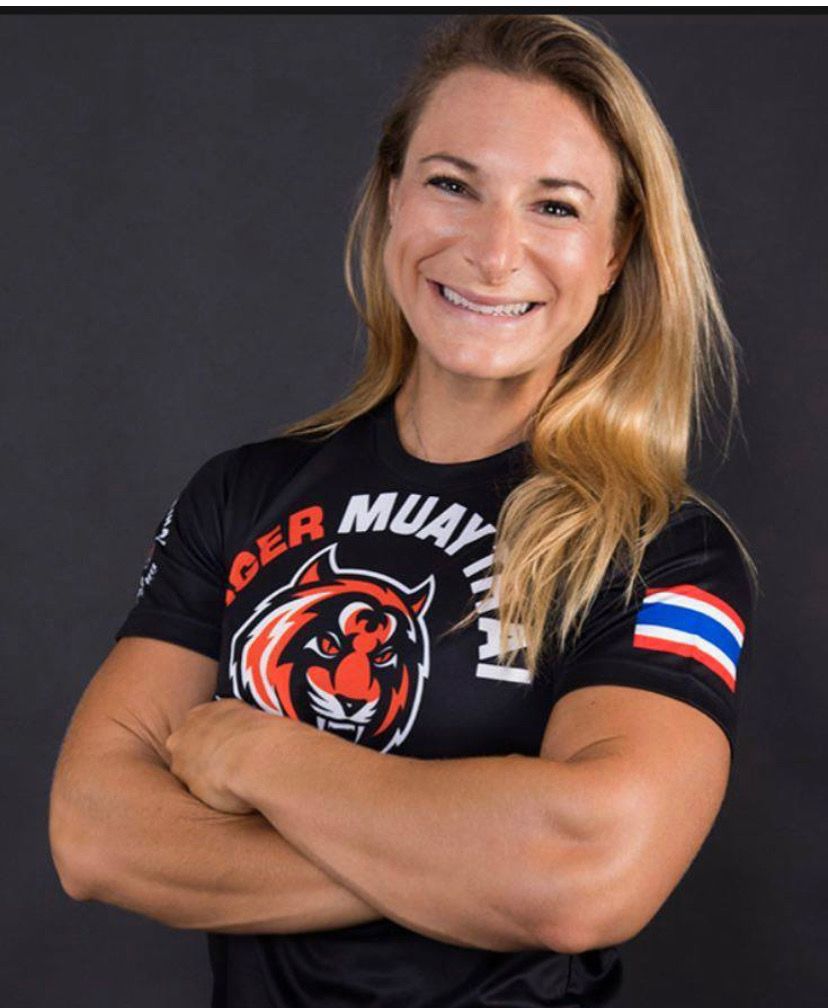 Joy Marie Somers is facing a charge in Thailand after she claims she was trying to help feed animals in a zoo. 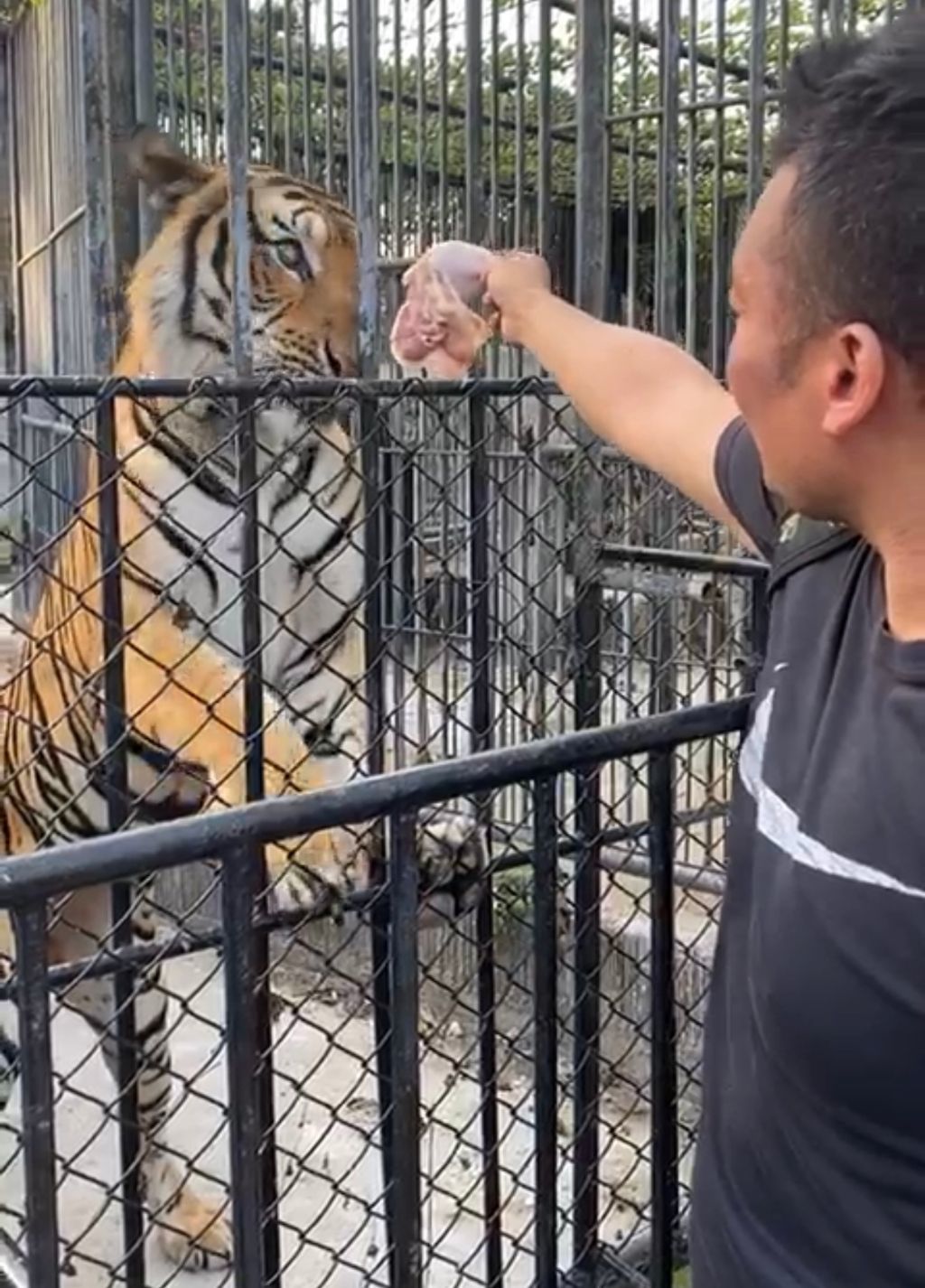 A video shows Minh Nguyen feeding a tiger at the Phuket Zoo in Thailand.

A Chester mother says her daughter faces up to five years in prison in Thailand after she and three others were arrested trying to feed zoo animals they thought were abandoned.

“I am hoping that the U.S. officials can help in any way that they have the ability to do so,” said Marie Somers, who has contacted the offices of U.S. Sen. Jeanne Shaheen and U.S. Rep. Chris Pappas.

Joy Somers, 33, who grew up in Sandown, was charged with a computer crime for posting a video of Phuket Zoo’s conditions on Facebook. Joy Somers said she stumbled across the zoo on April 14 during a walk with friends.

Somers, who has lived in Phuket for more than four years and is a CrossFit coach and nutritional counselor, said she lives behind the zoo and heard animals crying over the past month.

“We walked to the end of the street and saw a foot path that led us into the zoo. There were no signs. Once inside, we found conditions that were heartbreaking. We saw pens and cages with fallen trees and unkempt landscaping, no sign of fresh food or water. We saw at least three dozen alligators/crocodiles and a tiger during our first trip,” she told the New Hampshire Union Leader.

Her friend, Minh Nguyen, an Australian national, shot video of the tiger wailing. Somers said someone else posted the video and “once we realized how much attention the videos were getting, we shared it, as did many people around the world.”

Nguyen created a GoFundMe page on April 16 to raise money for the animals. The campaign had raised nearly $46,000 by Tuesday.

The Bangkok Post reported that the zoo was closed to the public because of the coronavirus pandemic.

According to the newspaper, zoo owner Suriya Tanthaweewong complained to police and claimed that the zoo “was not seeking public donations and the animals were not abandoned and not left to starve” and were being “adequately cared for and fed.”

Wildlife officials who visited the zoo to inspect it following complaints said the animals were in “perfect condition,” The Phuket News reported.

Somers said she and Nguyen were later charged with violating a computer crimes act for posting the videos, which “potentially caused Phuket to look bad.” She said another person was charged with trespassing.

Somers and Nguyen made a video explaining that the intent of the GoFundMe page was to feed the animals. Somers said none of the donations have been used and that all of the food that they’ve provided came from their own funds.

“We never wanted negativity toward the zoo or Phuket. We only wanted cooperation with the zoo owners to give them food,” Somers said.

Somers said she and her friends didn’t see anyone around during their first visit to the zoo. Believing that the animals were abandoned, she said they returned the next day with some meat and found a zookeeper.

In an interview with the Daily Mail Australia, Nguyen said that once they saw the zookeeper, they realized that the animals weren’t abandoned.

“But I spoke to a zookeeper who said they couldn’t afford to feed them and so that is when I put together a fundraiser to feed the animals,” he told the Daily Mail.

The Bangkok Post reported that the lawyer for those charged has insisted it was all a misunderstanding and that his clients got permission from Tanthaweewong’s mother to enter the zoo after they were told the animals weren’t being fed.

Somers said the mother and another son — described as zoo shareholders — came to the police station and filled out a statement as witnesses to their account.

“They were the ones who originally allowed us to enter the zoo to feed the animals,” Somers said.

After the arrests, Somers said she and her friends were held for more than nine hours and questioned. Somers was able to post $3,000 bail and hopes to bring the issue to the attention of the U.S. Embassy and U.S. officials.

“Sen. Shaheen’s office has been alerted to the case and is in touch with the family. We have offered our assistance and are interested in ensuring that she is receiving necessary consular access from our embassy,” Shaheen spokeswoman Sarah Weinstein said Tuesday.

Pappas’ office also confirmed that it has been contacted and is aware of the situation.

BERLIN — Presby Steel is helping to keep critters out of people’s garbage.

DURHAM — An effort to raise in captivity and reintroduce into the wild the endangered New England cottontail met with success, University of New Hampshire researchers say.

In a strange new world where the volume was suddenly turned down — empty sidewalks, less traffic and fewer early-morning leaf blowers — people stuck in their homes are tuning their ears to a sweet natural sound they’ve long taken for granted: bird songs.

It had to be one of the strangest cases of eagle death that Danielle D'Auria has ever seen.