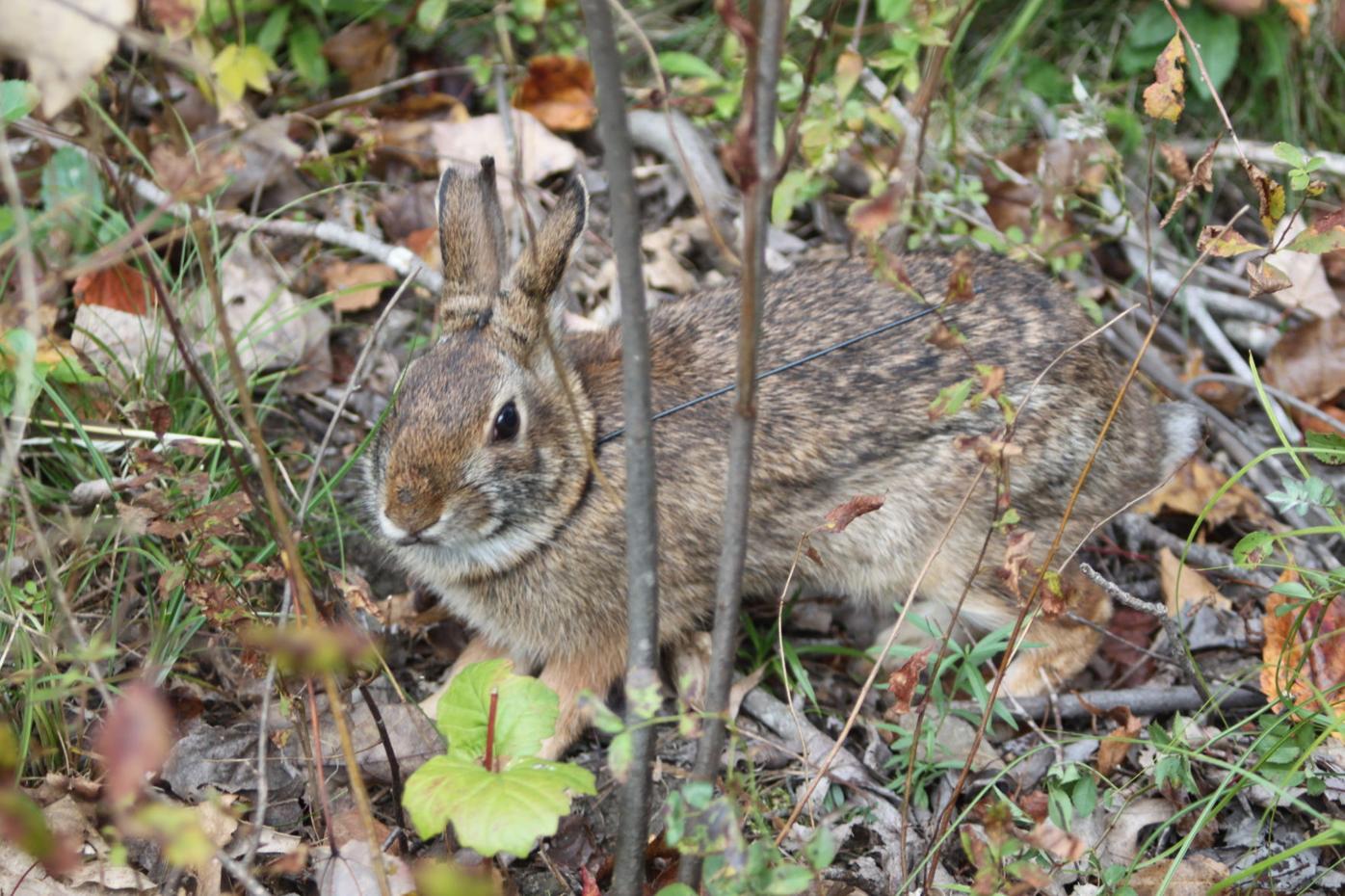 The New England cottontail is slowly making a comeback thanks to stewardship efforts, but the rabbits that are highly visible these days in southern New Hampshire are the non-native Eastern cottontail. 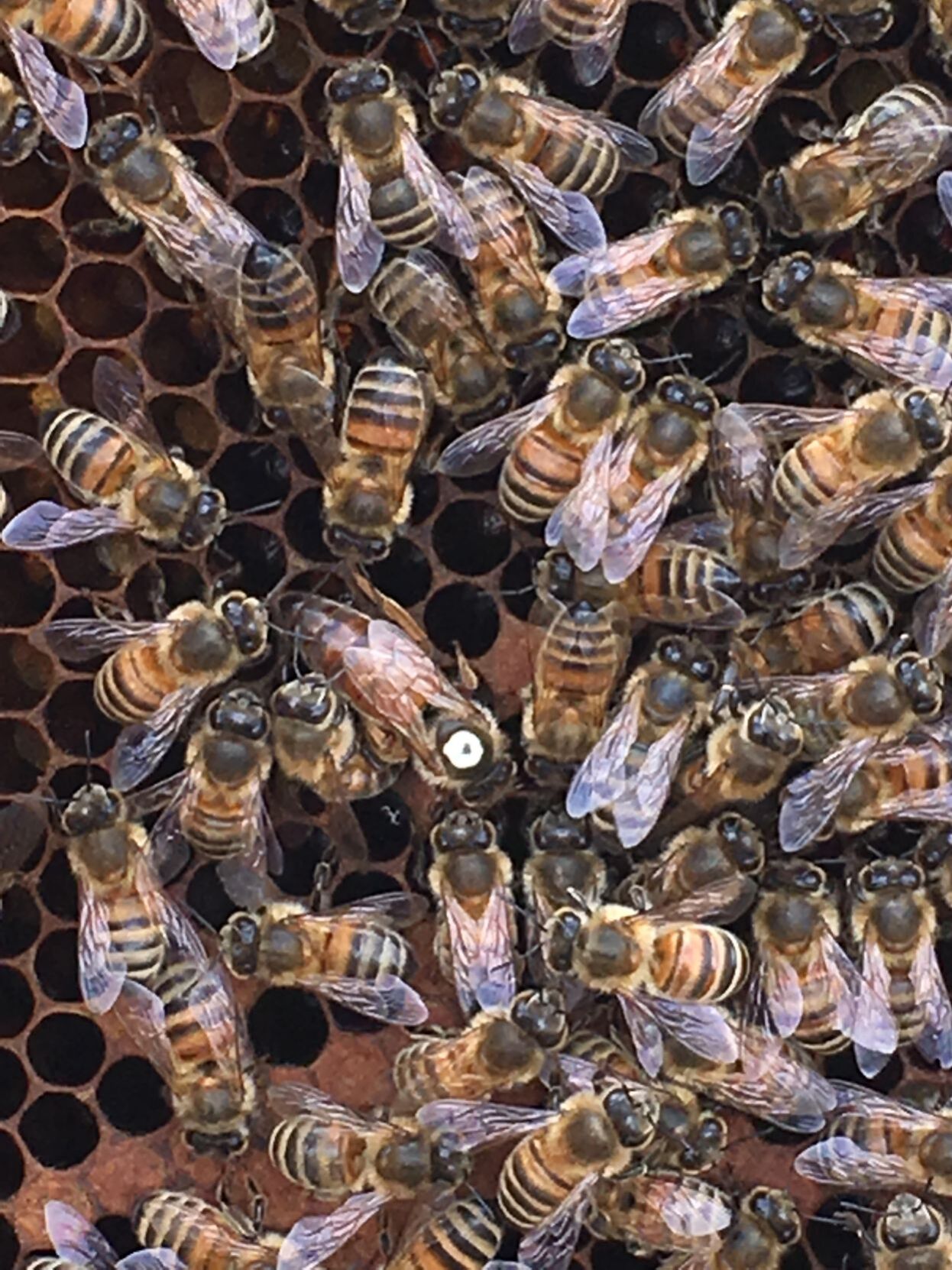 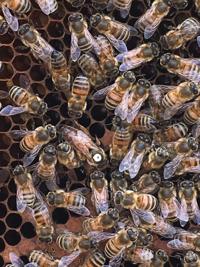 Beekeepers lost up to 60% of their hives over the winter as last summer's drought led to a tighter food supply, leaving them susceptible to disease. 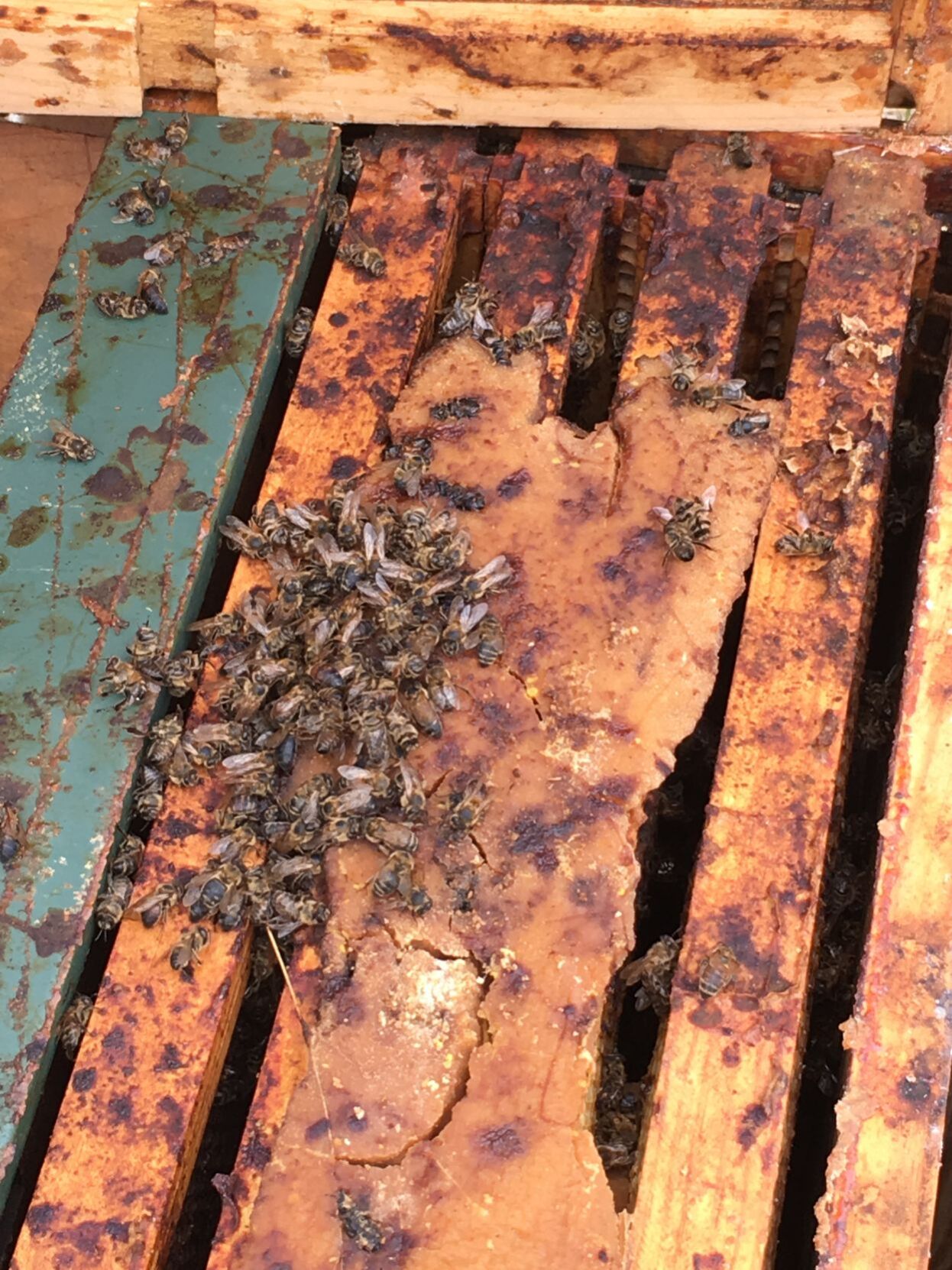 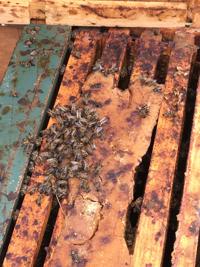 The honeybee hive in this file photo did not survive the winter.

Humans are not the only creatures who had a tough year.

New Hampshire beekeepers lost nearly 60% of their hives over the winter, as the state’s honeybees struggled with the effects of last summer’s drought and the ongoing threat of pests called varroa mites.

“The bees had a tough year,” said Heather Achilles, chairperson of research for the New Hampshire Beekeepers Association.

When flowers don’t get enough water, she said, they don’t put out as much nectar and pollen, which is food for the bees. She believes that lack of food over the winter contributed to hive loss.

“If we didn’t have enough food, our health would be stressed,” she said. “We’d be more susceptible to viruses.”

Most beekeepers also reported their 2020 honey crop was below average, in sharp contrast to the previous year, when beekeepers enjoyed a “huge honey harvest,” she said.

It was also a challenging year for New England biologists working to restore the New England cottontail, a native rabbit species that is on the state’s endangered species list.

Breeding programs at zoos in New York and Rhode Island had to shut down last year after the pandemic closed the zoos.

“The zoos were at 20% staff capacity and they had no income coming in,” said Heidi Holman, a wildlife biologist who oversees the cottontail restoration project for New Hampshire Fish and Game. “So all breeding activity in the zoos was halted.”

The New England cottontail has been the focus of a coordinated program of captive breeding and reintroduction by state and federal wildlife agencies. Holman said those efforts are showing promise.

“We’re seeing good reproduction, especially in places that we released them,” she said.

But the Eastern cottontail, an introduced species that competes with the native rabbits for limited resources, is also thriving here, as many homeowners in the southern tier can attest.

That’s not good for the native bunnies, Holman said.

“They may fight with each other; they may attempt to breed with each other,” she said. “Even if it doesn’t result in offspring, it’s a distraction. It takes time and energy.”

Fish and Game and the U.S. Fish and Wildlife Service maintain four enclosures at Great Bay National Wildlife Refuge, where rabbits raised in breeding programs are introduced to their natural environments in relative safety. Holman said at last count there were 20 rabbits in there, “so my guess is there’s a lot more of them right now.”

Now that the zoos are back up and running, Holman expects to be getting some young cottontails — they’re called kits — later this summer to add to the enclosures. They plan to give the rabbits another year to build up their population and then release some into the wild next spring, she said.

But there’s another danger out there for New Hampshire rabbits, one that eerily resembles what humans have been dealing with for more than a year.

State wildlife officials are warning of a deadly virus that can affect both wild and domestic rabbits.

Rabbit hemorrhagic disease virus (RHDV2) has been in the United States since 2018. If it arrived in New Hampshire, Holman said, RHDV2 “could undo all of this great work as well as have an impact on other rabbit species,” including the snowshoe hare.

Holman said RHDV2 has a 70% to 90% mortality rate. “It’s not going to be specific to our rare rabbits,” she said. “This would be a concern for all.”

To prevent importation of the disease to the state, Fish and Game advises people to keep all domestic rabbits in confined areas where they cannot interact with wild rabbits and to only purchase rabbits locally.

Holman said New England wildlife officials are considering vaccinating some of the new kits against RHDV2. They’ve been consulting with biologists in California, who have had some success in vaccinating one of their own endangered rabbit species against the virus, she said.

Holman also works on the state project to raise and release the endangered Karner blue butterfly, which also had a tough year last year. With last summer’s drought, the lupine on which the butterfly depends “really took a hit,” Holman said.

The butterfly population dropped as a result.

This spring saw more precipitation, “so we’re hopeful they will be back on the mend,” Holman said.

Some critters have thrived during the pandemic, according to Patrick Tate, a wildlife biologist at Fish and Game who is the fur-bearer project leader for the agency.

This past winter was fairly mild, Tate said. “And in those milder winters, wildlife in New Hampshire do very well and survival is higher,” he said.

Moose are the exception to that, Tate said. “They would have fared better if it was a more severe winter because of the way their bodies are designed.”

Meanwhile, there seems to be a bumper crop this year of chipmunks in suburban and rural backyards alike.

Last fall, wildlife officials were getting lots of calls from landowners about “nuisance” wildlife, Tate said, including mice, chipmunks and squirrels. “That is an indicator of the number of animals on the landscape,” he said.

“Chipmunks are omnivorous, which means they’ll eat multiple food items,” Tate said. But they thrive on “hard mast” — acorns, hickory nuts and hazelnuts — and last year saw an abundance of those.

Chipmunks stash them in caches that they can raid for food all winter, and that’s good for the proliferation of the critters, Tate said.

More breeding males and females seem to have survived the winter, he said. “For the breeding females that have very good body condition coming into spring, they can have higher numbers of young,” Tate said.

After the pandemic hit, Tate said, reports of wildlife sightings went way up.

“We caught on it’s because people were home looking out their windows,” Tate said. “The wildlife was always there — it’s just that people are now looking out the windows and seeing the wildlife.”

That’s good for everyone, Tate said. “People understand more how their individual actions can affect wildlife,” he said.

That understanding is critical if native species like the New England cottontail are going to survive, Holman said.

She cautioned it’s too soon to label the rabbit’s comeback a success story. “We’re talking about steps to success, because there are still losses occurring too,” she said.

“The story’s not over yet.”

Development continues to threaten the brushy habitat this native animal prefers. It’s up to humans to protect them, Holman said.

Beekeeper Achilles said what gives her hope for New Hampshire bees is that “there’s a lot of people who are paying attention and trying to understand what’s happening with this.”

An estimated one-third of our food crops depend on pollinators, Achilles said. “It’s billions of dollars in agriculture that depends on the bees,” she said.

Humans can learn a lot from honeybees, she said: “They all work together a a community, and they change jobs depending on what the community needs.”