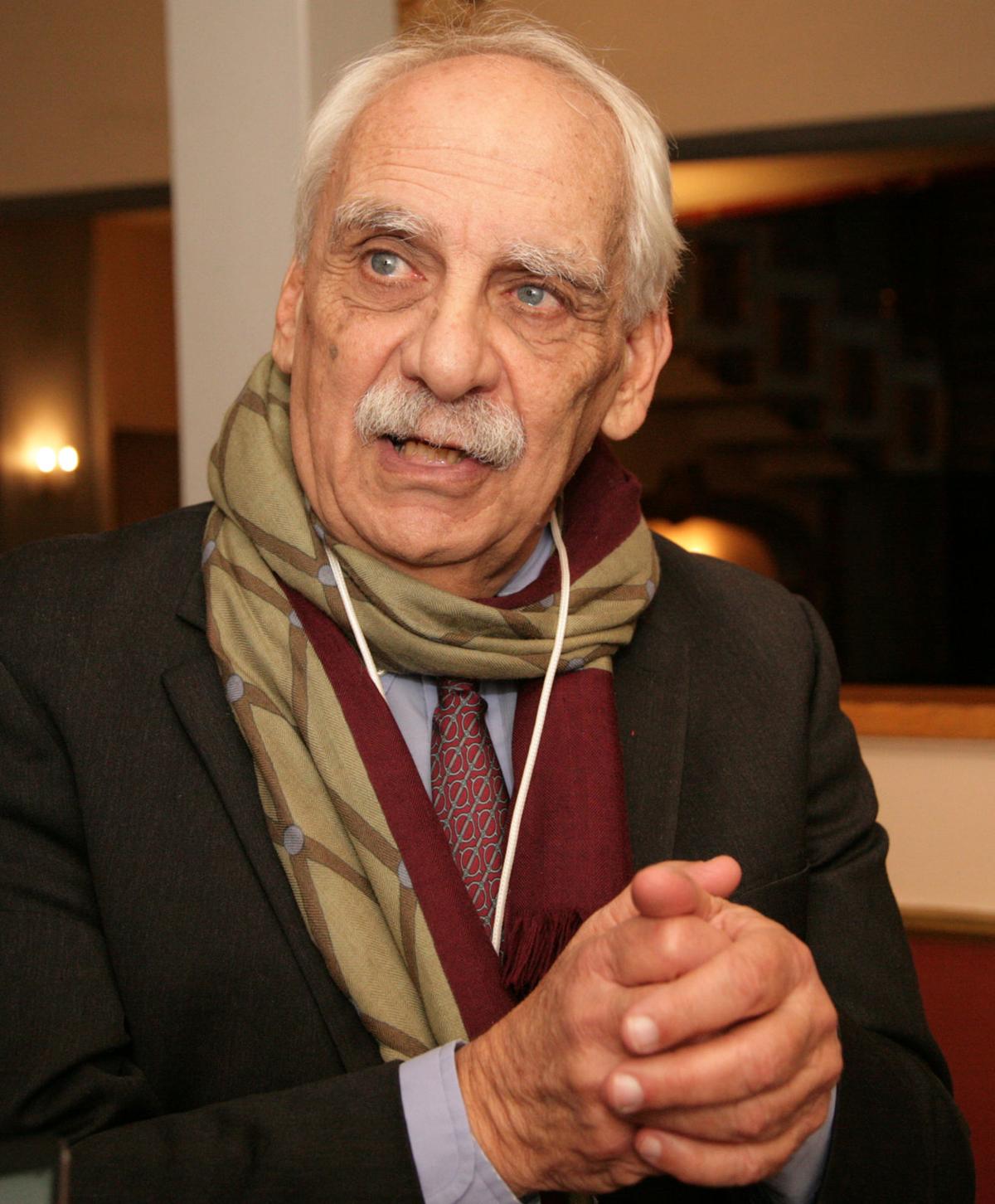 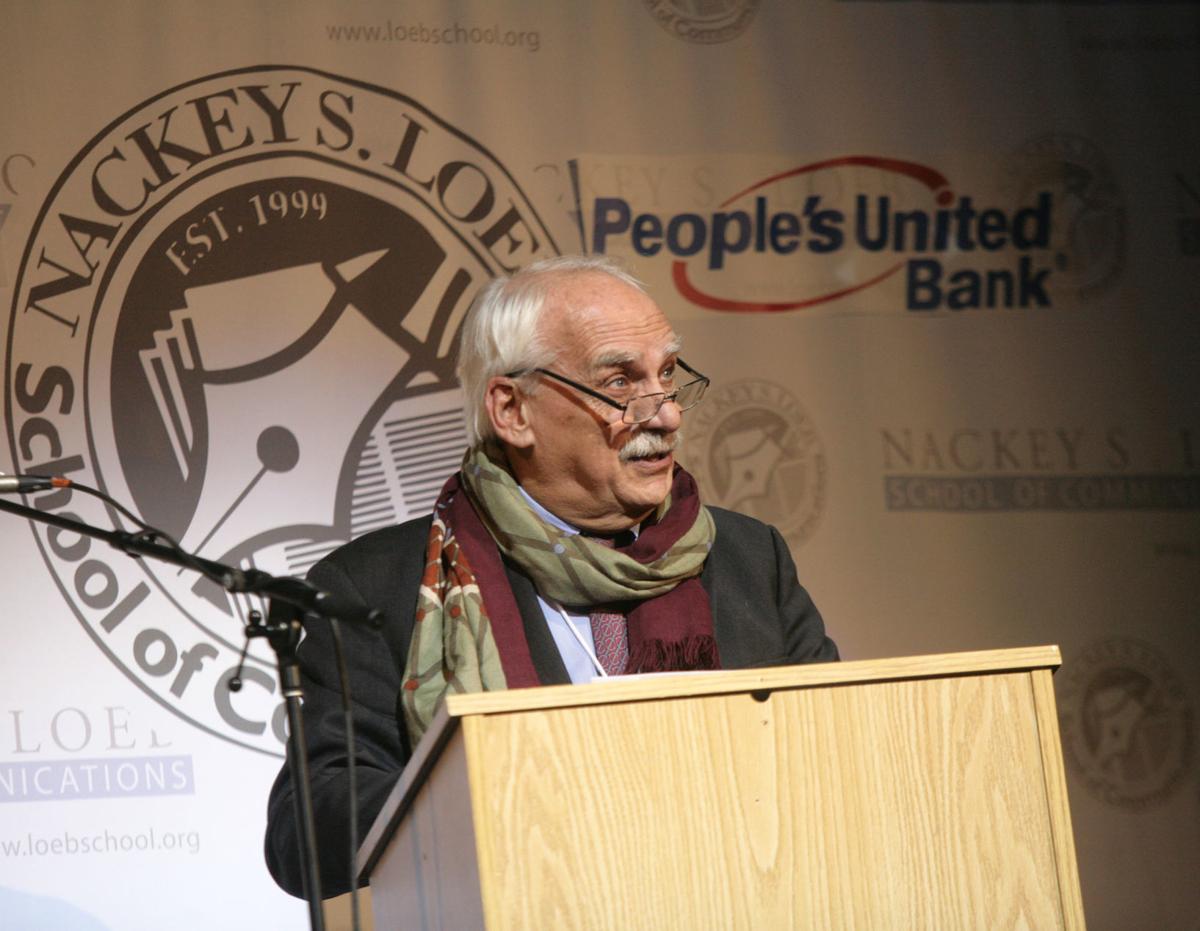 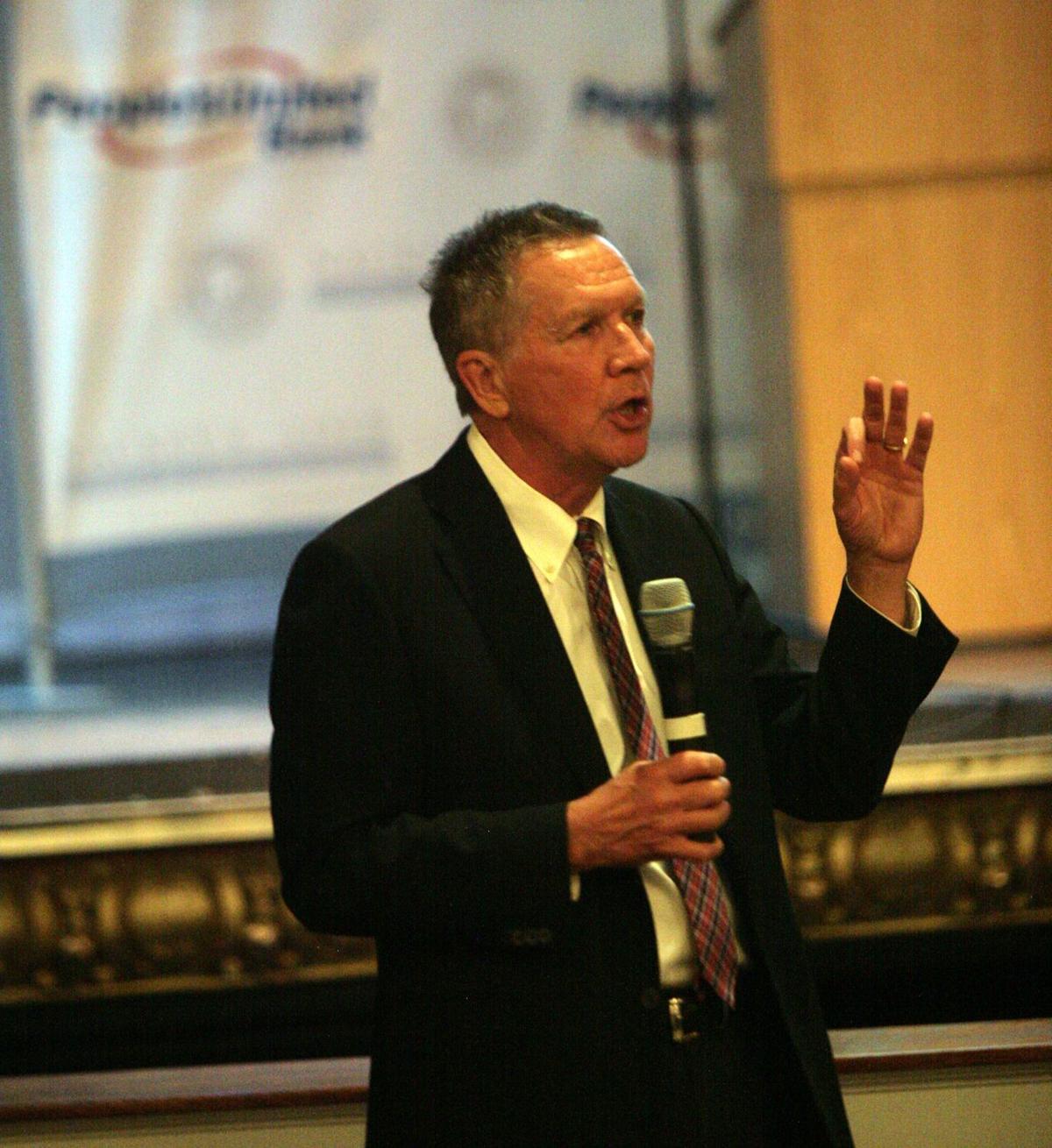 At the Nackey S. Loeb First Amendment Awards held at the Palace Theatre on Thursday evening. Ohio Gov. John Kasich was on hand.

At the Nackey S. Loeb First Amendment Awards held at the Palace Theatre on Thursday evening. Ohio Gov. John Kasich was on hand.

Robert Azzi, who has spoken throughout New Hampshire on issues of identity, conflict, and Islam, particularly as they apply in the Middle East, was honored as this year’s First Amendment Award recipient during an event at the Palace Theatre in Manchester.

The featured speaker, appearing in the Granite State just a week after the nation’s mid-term elections, was outgoing Ohio Gov. John Kasich, who competed for the Republican presidential nomination in 2016 and could run again.

On Thursday Kasich said he was keeping his options open.

“I’m glad to be here,” said Kasich. “I’m glad to be back in New Hampshire, I’m glad to be here for the Union Leader and for freedom of the press. A free press is the foundation of a free society. Will I be back? Probably. What will I be doing? Uncertain, we’ll see. But I keep getting a lot of encouragement – that’s why I keep coming back here.”

Kasich finished second to Donald J. Trump in the 2016 New Hampshire Presidential Primary. Trump was the keynote speaker at the Loeb School event in 2015. As with previous event speakers, including Trump and late Arizona Senator John S. McCain, Kasich donated his appearance fee to support the Loeb School.

“In 2016 he ran for President, and what I should have done is endorse him, but I didn’t,” said New Hampshire Union Leader Publisher Joseph W. McQuaid, comments met with loud applause. The Union Leader endorsed former New Jersey Gov. Chris Christie in 2016.

“If I ran for President, I have no idea what would happen, if the Union Leader would endorse me or not,” said Kasich. “But it doesn’t matter — I think it’s a national treasure. I believe politics today is about something other than these great issues. It is about the soul.”

During a town hall-style question and answer portion of the event, a woman said she lives in a home where CNN, Fox News and ABC are all viewed on a daily basis. She asked about how Kasich handles a free press.

“What my job is as a consumer of news I look at BBC websites, look at CNN websites, I read the newspapers and I put all of that together and decide what to believe,” said Kasich. “And it’s part of the media’s responsibility not to give in to hits and clicks. They need to restrain themselves as well.”

Another attendee asked Kasich if he felt a third party candidate could ever be elected President.

“Is it possible? I really don’t know,” said Kasich. “Maybe. Maybe not today, but the day will come when it will happen.”

Azzi is a photojournalist, columnist, public speaker, and education consultant. His columns appear in many New Hampshire publications.

Born in New Hampshire, he’s also called Beirut, Cairo, Athens and New York home. Although he returned to the Granite State in the late 1980s, he continues to travel to the Middle East to visit and work.

At Phillips Exeter Academy he once served as advisor to the Middle East Society and to the Muslim Student Association (MSA). According to a biography on his personal website, during the 1990s war in the former Yugoslavia Azzi initiated a project that brought 85 students from Bosnia-Herzegovina to live with American families, giving them the opportunity to continue their education until they were able to return home safely.

Azzi has served as a Nieman Fellow in Journalism at Harvard University, a member of the Leadership Council of the Harvard Divinity School, an advisor to Tufts University’s Fletcher School committee on Islam and South-West Asia. He recently became a board member of ACLU-NH.

He spoke about past award recipients, including slain New Hampshire journalist James Foley.

“The company I am most honored to be included with is James Foley,” said Azzi. “We are both photojournalists. I am also honored to be recognized by the Union Leader. Under a previous regime there, I can’t imagine a Muslim being invited to speak about the empowerment of people.”

He has presented his program, “Ask a Muslim Anything,” at more than 50 public events and forums around the state, where he works to encourage tolerance, understanding and interfaith discussion.

“I’ve found people in New Hampshire to be curious, respectful, and wanting to learn more about a culture maybe they didn’t know anything about,” said Azzi. “I tell people I’m going to stop doing this when I stop learning from the people that come to hear me.”

In choosing him, the Loeb School First Amendment Award judges cited Azzi’s “courage and his vocal, forthright and honest” presentations about what it’s like being Muslim in post-9/11 America. Azzi was chosen from nominees submitted by the public.

The ceremony is the main fundraiser for the Nackey S. Loeb School of Communications, the nonprofit founded in 1999 by Nackey S. Loeb, the late President and Publisher of the Union Leader and Sunday News. The school offers free classes and low-cost workshops, attracting students from middle-schoolers to retirees.

The event honors First Amendment freedoms and New Hampshire residents and organizations, nominated by the public, who work to protect free speech and free press.

Past honorees have included newspaper editors, a New Hampshire attorney general, Foley, citizen legislators and activists, outspoken school board members, and a firefighters union that blew the whistle on a secretive insurance program.

A Derry man accused of striking and killing a flagger in a construction zone Thursday admitted to officers that he took oxycodone and other prescription drugs earlier in the morning, according to a police affidavit.

LITTLETON — Shaw’s Supermarkets on Friday confirmed that employees at three New Hampshire stores – Littleton, Woodsville and Dover – have tested positive for the coronavirus.

A second person has died of COVID-19 in New Hampshire, the state Department of Health and Human Services announced Friday.