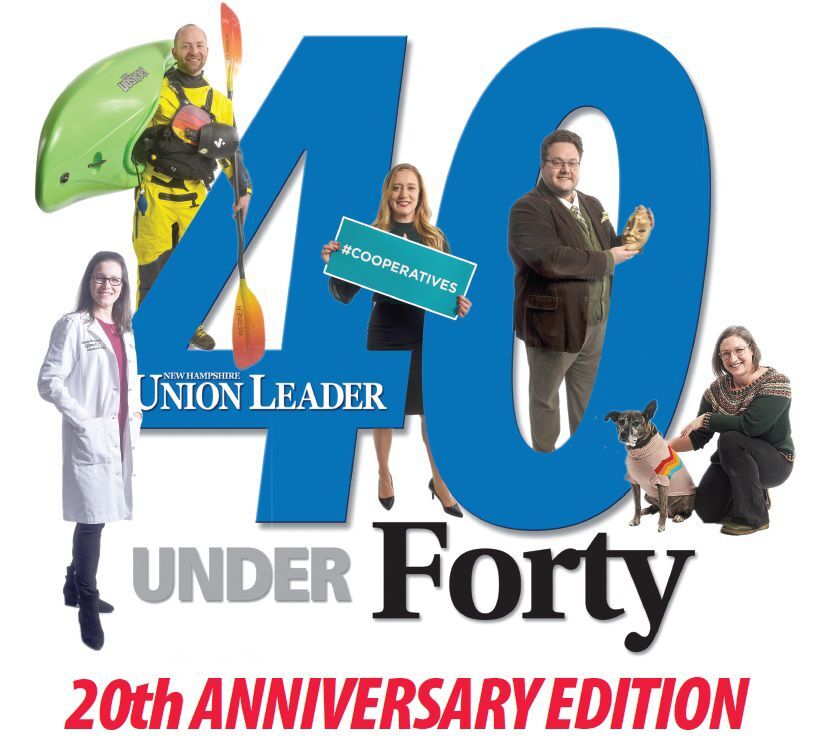 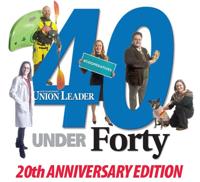 HAS IT BEEN 20 years already? Yikes. That means some of the Union Leader’s initial class of 40 Under Forty honorees might be thinking of early retirement pretty soon.

Or maybe not. The men and women who have gained this singular distinction through the last two decades are hardly the retiring type. Far from it. It is their passion and drive for their work, their communities, and for New Hampshire that caused them to be honored. Their careers or volunteer work may have changed, but we doubt any of them have slowed down.

The idea for the annual Union Leader 40 Under Forty was suggested by a former colleague, who was aware of a similar program in Boston. Ours took off from the start, thanks to the staff here and to our friends at the BIA, who have been on board since day one. Citizens Bank was also an early and very steady supporter.

I have never been involved in the selection process. Early on, as I read of the many talents and tasks undertaken by these busy people, I briefly worried that some year we would simply “run out” of extraordinary young people. I needn’t have.

Perhaps one of the reasons that New Hampshire is the special place that we know it to be is because it keeps producing these young men and women who care and who thrive here. Some of them are natives. Many of them came here from elsewhere, because they or their own parents heard what the Granite State had to offer. In either case, their being here has made New Hampshire even better.

Does that sound too good to be true? Well, even the best and brightest group can have a blemish or two. There have been a couple of honorees over the years who have strayed from the right path. I recall at least one who got crosswise with the law.

But the few exceptions do prove the rule here. The Union Leader 40 Under Forty program has recognized acclaimed writers, innovative educators, extraordinary volunteers, citizen legislators, immigrant entrepreneurs. Many have added to their accomplishments and contributions to the public good.

I’ve been told more than once that New Hampshire companies use this publication when they are searching for the best and the brightest for either key positions or even for seats on their board of directors.

Here’s to this year’s class. You are in some pretty good New Hampshire company.

'Your Money': Survey shows parents, kids are talking about money

Man on the Move: Keep the world turning

Closing the Deal: It’s not all doom and gloom