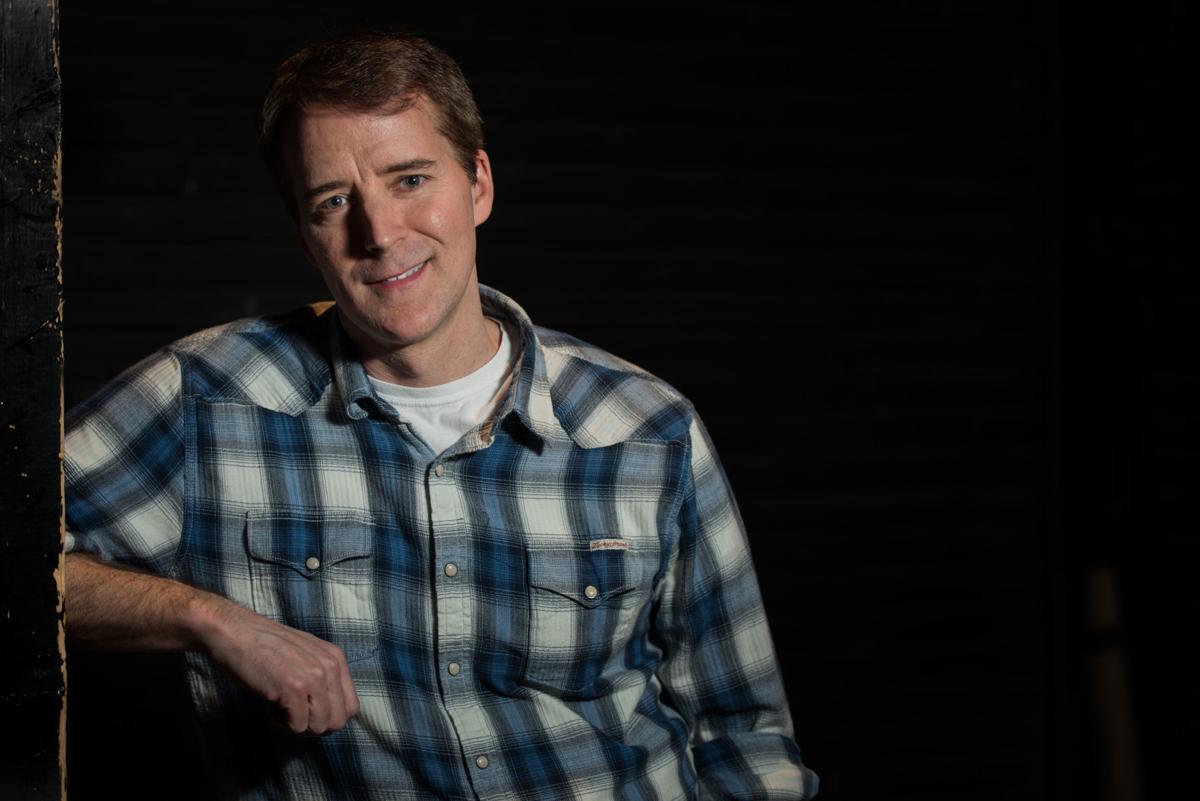 Juston McKinney will share stories from his comedy career Aug. 22 at the Currier Museum of Art, part of the Union Leader’s Headliners series.

Coming soon to the Currier Museum of Art: The chance to spend some time with one of the Granite State’s funniest native sons for a behind-the-scenes look at what it’s like to be a professional stand-up comic.

Juston McKinney actually will be sitting down when he helps the Union Leader kick off its new Headliners series on Aug. 22. But during an in-depth interview about highlights from his career — touring the country, performing on late night TV, starring in his own stand-up specials — you can bet the Portsmouth native is going to make you laugh.

It’s what he does.

I first had the chance to get to know McKinney in 2013 when the New Hampshire Business Committee for the Arts recruited him to host its annual awards night. I interviewed him by phone in advance of the event and had the chance to see him in action, tailoring his jokes to an audience full of creative folks and the businesses that support their work.

Now I get to do it again. Before a live audience.

Lucky for me, only one of us needs to be funny. I’ll be happy to be the straight guy asking the questions.

McKinney says nothing will be off-limits for our discussion. We’ll talk about his early career patrolling small towns in Southern Maine as a sheriff’s deputy, developing his stand-up chops in New York and Los Angeles, and hanging out with Patriots goofball Rob Gronkowski to tape a Showtime comedy special.

We’ll talk about some of the tough stuff, too, how losing his mom when he was only 6 shaped his life and informed his comedy. We’ll talk about the frustration that comes with securing development deals with Warner Brothers and CBS that left him with six-figure settlements but without that career-boosting sit-com.

We’ll talk about how a New England-based comic can make a living without spending too much time away from home, which means constantly coming up with new material to keep the shows fresh on the regional circuit and picking up those corporate gigs that help pay the bills between the marquee shows.

We’ll also talk about what it’s like to be a guy pushing 50 who is raising a couple of young boys with his wife in Newmarket. That was the inspiration for “Parentally Challenged,” a stand-up special streaming on Amazon Prime that was recorded at the Palace Theatre in Manchester.

Here’s what McKinney had to say when I asked him to contribute to a Father’s Day column this year.

“The best advice I received from my father was to always look at the bright side of things. Like when we had rats in our house, literally running through our living room, he would say, ‘Well the good news is, if you have rats that means you don’t have any mice.’ ”

“Always be grateful for what you have. And be thankful that you live in a house with no rats or mice.”

My wife, Jeannie, and I were part of the audience for one of the shows that were recorded for “Parentally Challenged.” McKinney’s shows at the Palace Theater have become an annual event, which he’ll be reprising Oct. 19.

Consider our Headliners event a trailer for a blockbuster movie or that bonus interview on the DVD that gives you greater insight into the creative process.

And makes you laugh.

Special thanks to Peter Ramsey, president and CEO of the Palace, and Jim Roach of JJR Entertainment for working with us to book McKinney for this special presentation, and for the Currier Museum of Art for providing a great venue.

And big thanks to Juston McKinney for agreeing to share his stories with us and help us launch a new series that will feature fascinating people and compelling stories from the Granite State and the pages of the Union Leader.

Kick off your weekend a day early — just like you did in college.