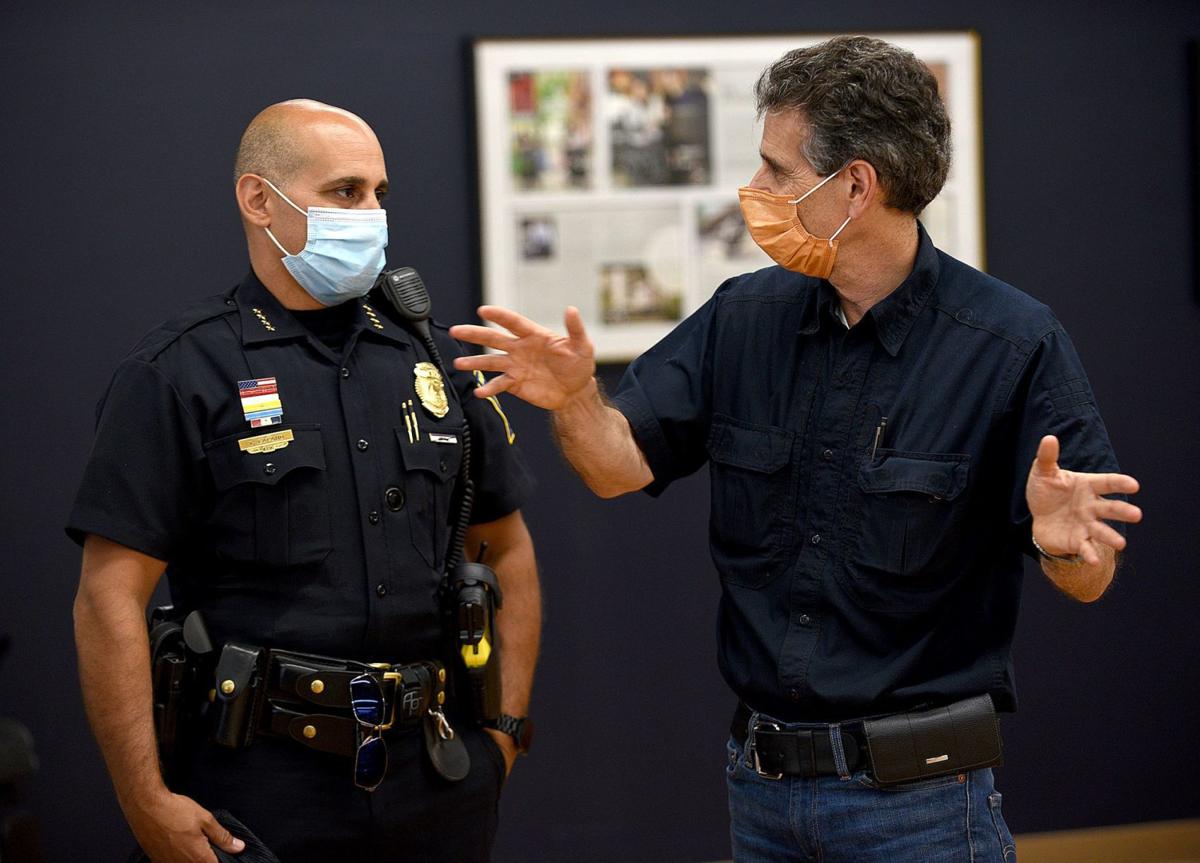 He founded a nonprofit that inspires students worldwide to make robots.

He recently marshaled a couple of massive shipments of face masks and other personal protective gear from China, and he’s working on equipment to help develop a test for COVID-19.

So who exactly is Dean Kamen?

He’s the guy who dreamed up the Segway.

Last week, the Chinese company that owns the Segway brand announced it will cease production of the self-balancing two-wheeler in July, which includes the layoff of 21 workers in Bedford.

Once again, Kamen was in the spotlight as local and national media paraded nostalgic stories about the hype around a revolutionary invention that fell short of sparking a revolution when it was introduced with great fanfare in 2001.

We know the Segway as G.O.B.’s favorite mode of transport in “Arrested Development” and as the standard issue wheels for “Paul Blart: Mall Cop.” And it became a hit for tour guides, like the ones I saw one recent winter leading a small group of visitors on Sanibel Island in Florida.

While I was waiting at a traffic light some months back in Manchester, I watched two people crossing the intersection on Segways. Both had artificial limbs.

While the Segway was written off as a misfire, its invention arose from Kamen’s lifelong quest to create things that help people.

Without that stair-climbing wheelchair, known as the iBOT, there never would have been a Segway, Kamen said Thursday at Mobius Mobility, the company he founded last year to begin producing an updated version of the device.

“People forget this, but the iBOT was the first one,” Kamen said. “We only made the Segway after we spent years figuring out how to make a balancing device — in fact, a balancing device that could hold a paralyzed, disabled person who couldn’t jump off if something goes wrong.

“It’s a much, much higher bar to get over, to make a device safe enough for a disabled person to be balanced, but once we did it we said, ‘Let’s make a version that doesn’t have a seat.’”

The popularity of the version without a seat, which allowed the user to stand up while operating it, helped decrease the price of expensive hardware needed to make the wheelchairs, Kamen said.

“Part of the reason to do it was drive the volumes up of all these specialized solid state gyroscopes and accelerometers and turbo motors so that we could drive the costs down so we could make iBOTs more affordable to the very small population that needs them,” he said.

The end run for the Segway seems to hold little significance for Kamen. He’s more concerned about our continued reliance on manufacturing in China.

And he hopes the next generation of scientists and engineers competing in the high school robotics competitions organized by FIRST (For Inspiration and Recognition of Science and Technology) will lead the way.

“I think this country has now been awakened to the fact that if we don’t start making the world’s highest quality, most advanced technologies, we’re going to be at risk in our economy,” Kamen said. “We’ll be at risk in our security, our health care.

“So I’m thinking that the intersection of the things I’ve been trying to do for decades — like making iBOTs and starting FIRST robotics — are all coming together.”

The Dean Kamen brand: It's about a lot more than the Segway

Another New Hampshire brand, the Segway self-propelled vehicle, has had its day and will no longer be produced. It never caught on, other than…

Meet Dean Kamen, the guy who invented the Segway

Business Editor's Notebook: It's hard to lobby legislators when you can't meet them at the State House

A PANDEMIC robs lobbyists of their greatest weapon: personal contact.

Business Editor's Notebook: Don't call it a comeback, whatever it is

Cheryl Kimball Nature Talks: A variety of perches makes for a variety of bird to watch

SOME PEOPLE LOVE daylilies, some not so much. I love them, especially the orange-colored ones (one of the three original colors, the others being yellow and red) that are so ubiquitous in New Hampshire. You will likely see clumps of them growing on any property that once housed or still hous…