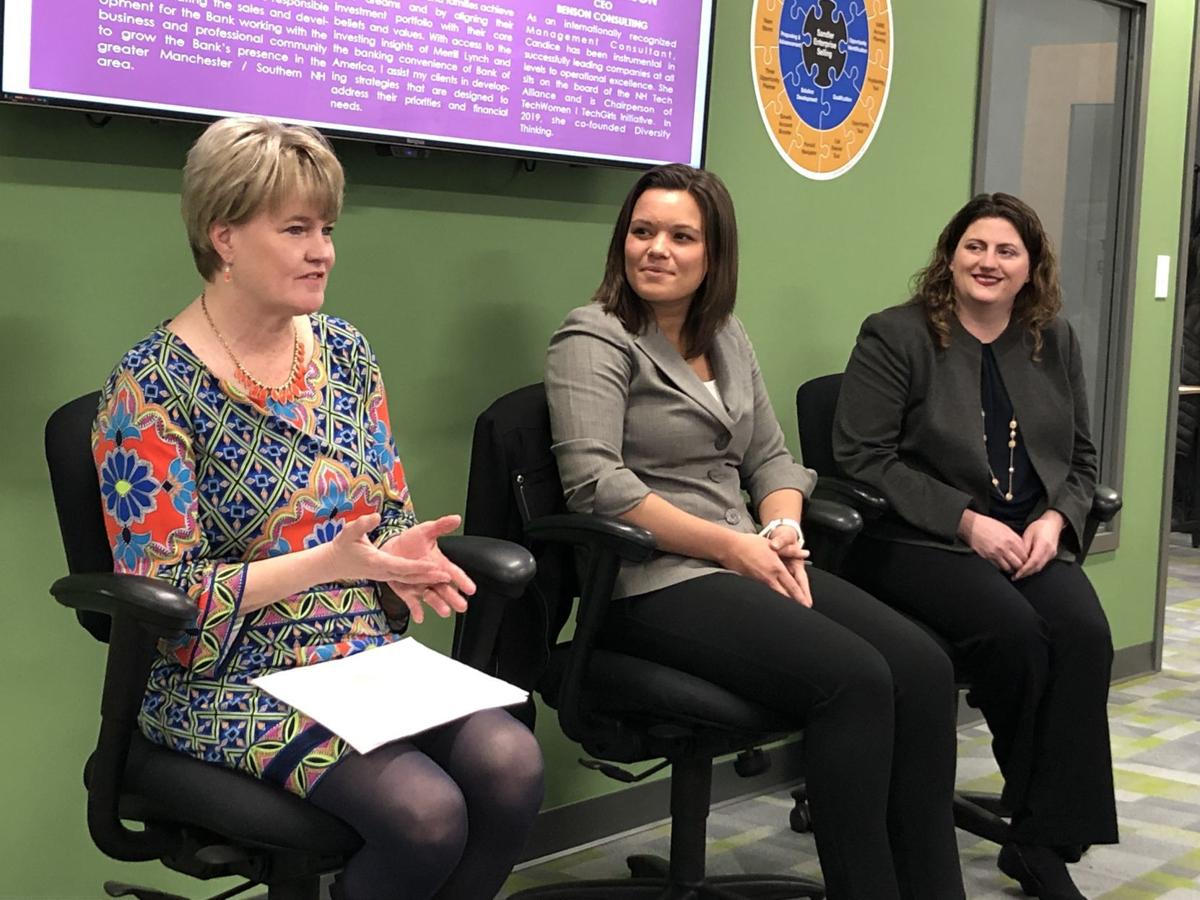 THERE’S A classic “Far Side” cartoon by Gary Larson with the caption, “Ralph Harrison, king of salespersons.” Ralph, briefcase in hand, is waving goodbye from a departing boat to a group of Eskimos huddled on an icy shore next to their new refrigerators.

Now there’s a dude with zero empathy. Had that salesperson been a woman, those Eskimos would be standing there with blankets, food and firewood. What good is selling something to somebody if it’s not what they need?

Empathy and strong listening skills topped the list of attributes associated with women during a breakfast seminar Thursday organized by Women in Sales NH, a new nonprofit that aims to build a network for professionals through monthly gatherings. (As the only guy in the room, I tried to be a good listener.)

“There is a difference between how men approach sales and how women approach sales,” said Shannon Herrmann, senior recruiting manager at Alexander Technology Group, a committee member who helped launch the nonprofit. “We’re just looking to create a little bit of a community for women, especially for those who don’t have it in their organization.”

“How do you approach that with different personality types within the sales environment?” she said. “How do you use that as an asset and not a hindrance? And use some of that emotional intelligence piece that women might be able to bring to a sales communication that men may not?”

About 25 women gathered at Sandler Training in the Brady Sullivan Tower in Manchester to listen to Dallas Lagerquist, vice president and business development officer at Primary Bank; Sara Bee, financial adviser at Merrill Lynch; and Candice Benson, CEO of Benson Consulting, talk about their sales careers and offer best practices. The emphasis was less on closing the deal than on building relationships.

Lagerquist’s sales journey began by selling candy bars in junior high for school fundraisers followed by work in retail sales and waitressing. She began her professional career in the credit reporting industry and 12 years ago began working for banks, a field she entered by networking until the she found the right people — those willing to take a chance on someone who was not a banker.

“At the end of the day, the most important thing is that I love working with businesses and professionals and helping them really achieve what they’re looking to do,” Lagerquist said.

Bee, who left the Granite State to go to college in Colorado, said she fell into sales by accident. She had studied psychology and was hoping to go to nursing school. But she needed money and wanted to take time off after graduating so she went to a career fair. She figured she was good at talking to people, why not try for a sales job? She interviewed with a recruiter for Transamerica, a financial services firm.

“He really appreciated that I could shake his hand and look him in the eye and have a conversation,” Bee said. “I had no idea what a mutual fund was, and he hired me to sell mutual funds. I showed that I could work really hard and talk to people and cultivate relationships. And I fell in love with it. ... I had control of my salary, which I really enjoyed.”

Benson’s first sales experience was selling Girl Scout cookies. That’s when she learned all about the ask — the key to pumping up sales.

“Even at the time as a young child, I decided to keep track year-to-year on what my clients were purchasing,” Benson said. “If they bought one box of Thin Mints this year, the next year I would make sure I would ask them to buy two. It worked because they were so impressed that a child would ask them that, and they said yes every time.”

Benson’s company offers project management and other consulting services. While she’s never worked as a salesperson, running a small business forced her to become one.

“Because I own my own business, my chief responsibility as CEO is sales, to get business for my business,” Benson said. “Although I’m not officially in a sales capacity, I do eat what I kill.”

I know a guy who could sell her a refrigerator if she needs one.

Derry school board to vote on proposed budget

For years, Amber Walker held a dim view of Aldi, the discount grocer whose U.S. headquarters sit just a mile from her home in Batavia, Ill.

PETERBOROUGH — The long delayed Main Street bridge repairs will soon get started as voters approved additional funding for the project at a special town meeting.