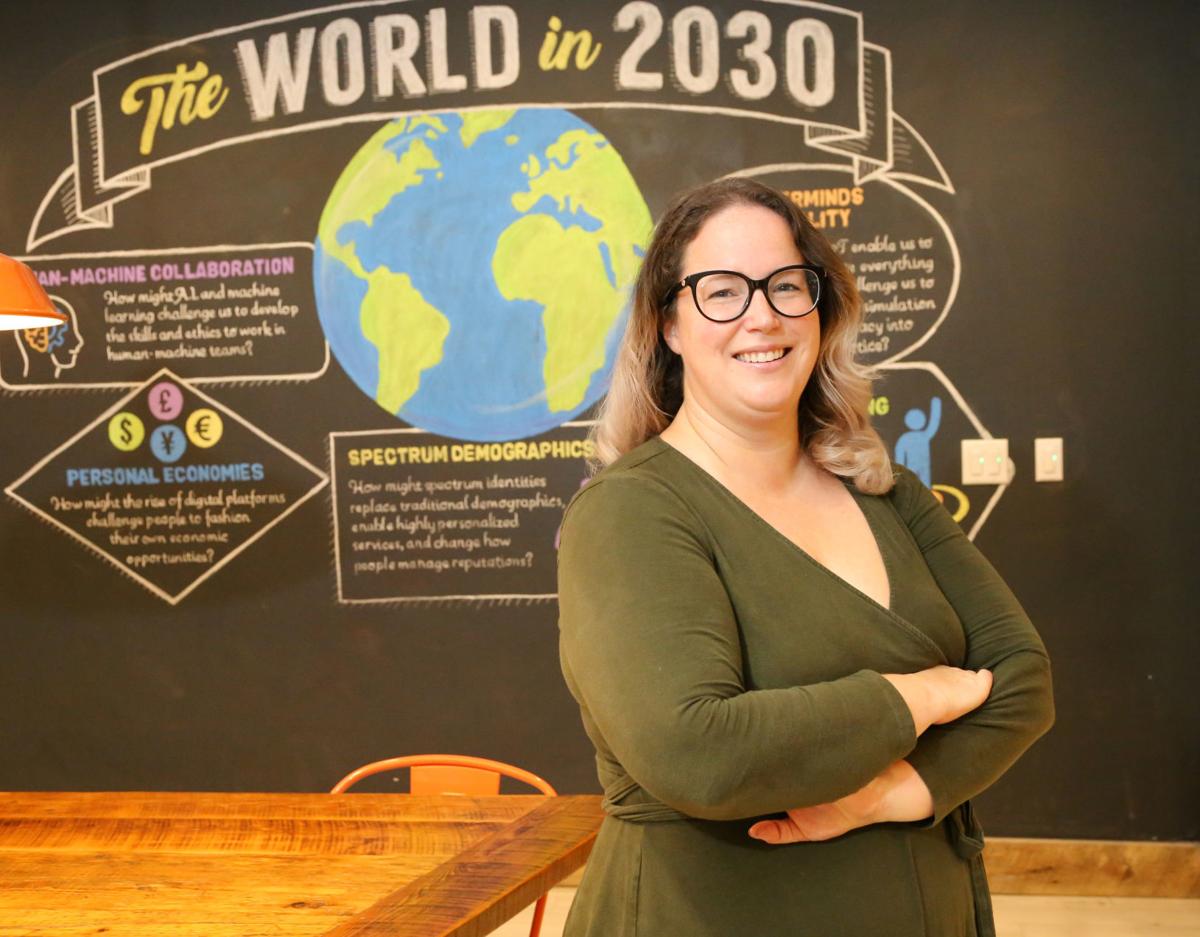 Chrystina Russell is a senior vice president at Southern New Hampshire University and executive director of its Global Education Movement. 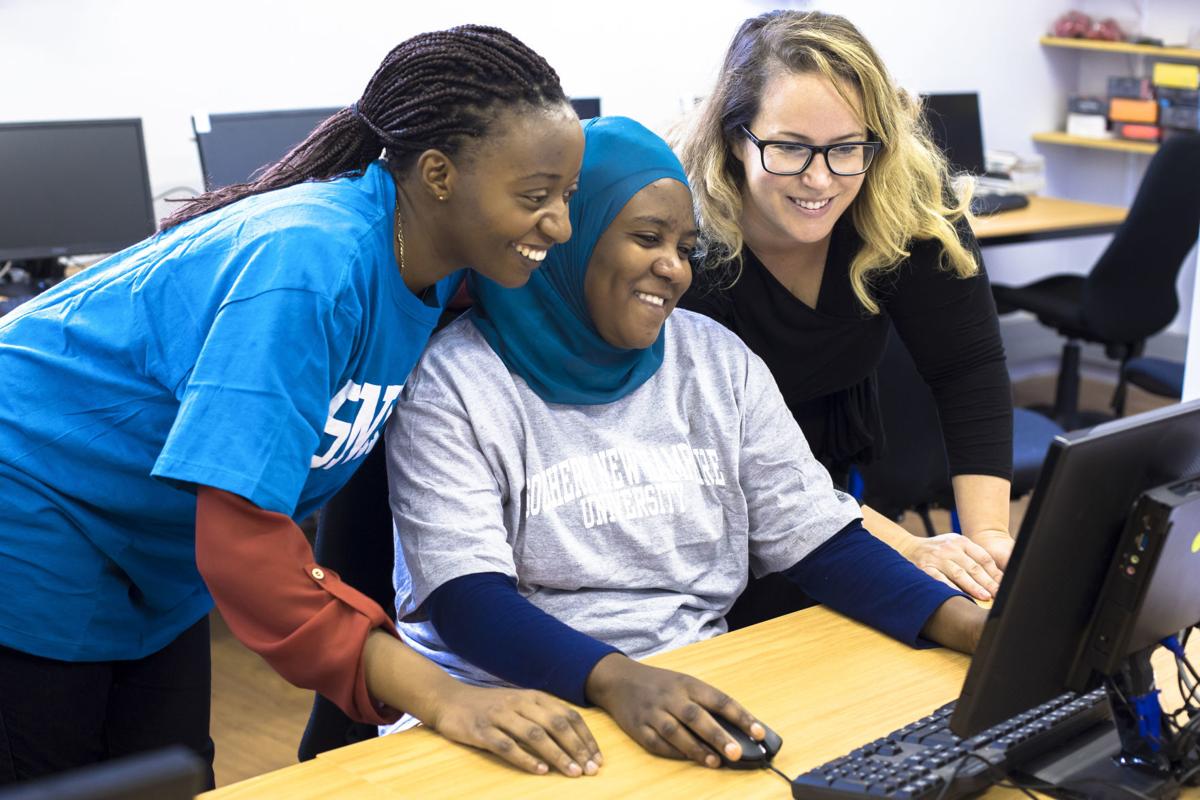 Through the Global Education Movement, Chrystina Russell brings SNHU degrees to people in refugee camps in Africa and the Middle East.

Bringing a college education to students in refugee camps has the potential to change the world — and might just revolutionize higher education in the United States.

After a decade teaching special education in the Bronx and leading a middle school in Harlem, Chrystina Russell moved to Rwanda in 2013 to work for a program that helps students work through Southern New Hampshire University’s online degree.

With Russell’s vision, the program has become the Global Education Movement, and brings SNHU degrees to people in refugee camps in Africa and the Middle East, with new programs popping up around the world.

Russell got the idea to bring SNHU degrees to refugees when she started volunteering at the Kiziba refugee camp in Rwanda. She met bright young people hungry for education, but who had few opportunities.

In some ways, Russell said, the young people she met in the camp were like her students in Harlem and the Bronx.

“Something that brought me back to my New York City principal years was all that potential that was not being harnessed, and not having an opportunity to flourish,” she said.

With university president Paul LeBlanc’s blessing, Russell set about starting up a college program in the refugee camp.

Local “coaches” help students navigate the online courses, and students work with a cohort of other learners working on the same degrees. Then, the program connects students with internships and jobs.

Russell said the students themselves were key to starting the program.

“The amazing thing about the students was they wanted it to happen so much,” Russell said. The motivation factor is just off-the-charts. Our students understand this is it, this is the opportunity.”

One of those students is Julia Nduta Oduol, a Kenyan student living in a refugee camp in Cape Town, South Africa. Nduta Oduol finished her associate's degree while working full-time, and is now pursuing her bachelor's degree in management through the Global Education Movement. The program gave her skills she uses in her work, she said, and hope for the future.

"It helped me realize that there is hope, regardless of the harsh conditions surrounding refugees in Cape Town," she wrote in an email.

Students admitted to the program can earn one of three bachelor’s degrees in business and management, or a general-studies associate’s degree. With degrees, Russell said, refugees can become more empowered.

“We’re hoping to make refugees a part of the solution rather than passive recipients of policy,” Russell said. “We’re trying to create leaders with the credentials needed to solve the issues.”

It’s that idea that has led Russell to push for the program to expand to more sites, rather than scale up existing programs, she said. In 2018, she worked to open college programs for refugees in South Africa, Malawi, Kenya and Lebanon.

Graduates with SNHU degrees are using what they learned to improve their communities, Russell said. Some are using new tech skills to create phone applications to solve problems in refugee camps, like an app that allows refugees to make appointments, rather than spending hours waiting in line.

One student started a primary school in Malawi. Many students go on to work with humanitarian organizations such as the United States Agency for International Development — positions they are uniquely qualified to hold, but where someone without a college degree might have been passed over. Some are even hired on at Global Education Movement sites.

Kevin Niragire, 24, is a refugee from the Democratic Republic of Congo living in the Kiziba camp. He knew higher education could change his life, and make life better for his family, he said. After earning his bachelor's degree through the SNHU program in July, Niragire got a job with the program. The degree gave him the skills he needed to do his job, he said.

"My life will not remain the same," Niragire said.

In addition to coursework and coaches, the program provides a laptop for every student, and convenes parent advisory committees — like the groups that advise grade schools in the United States, Russell said.

The parent groups have been key to solving unique local problems: For example, Russell said, in one location where students stay in a classroom building late to study, parents arrange to walk students home after dark.

That collaborative problem-solving, Russell said, has been key to the program’s success.

“The solution does not come from one place,” she said. “It comes from the whole group.”

Russell said she thinks the Global Education Movement model — working through the online degree with the help of a coach — could be brought back to the United States.

“I think the model has so much promise to learners in the U.S. who are facing difficult life circumstances,” she said.

“The idea of online faculty combined with in-person coaches has a lot of promise,” Russell said, particularly paired with SNHU’s “competency-based” online degree. Rather than sitting through a certain number of hours of class, students complete a series of projects at their own paces.

The program is working, she said, as long as it serves students as well as or better than a traditional university.

“We’ll continue to make sure we’re looking at our results,” Russell said.