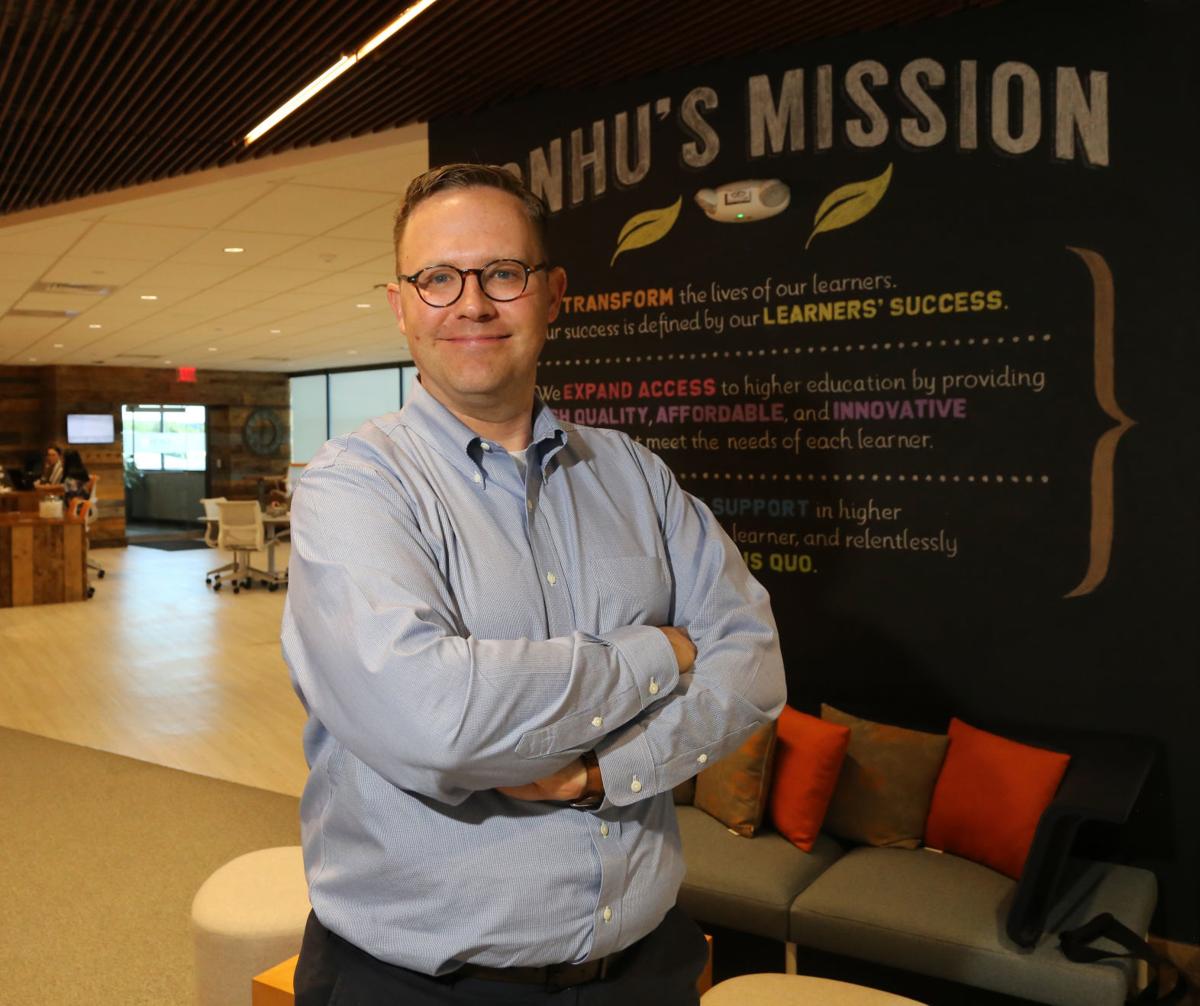 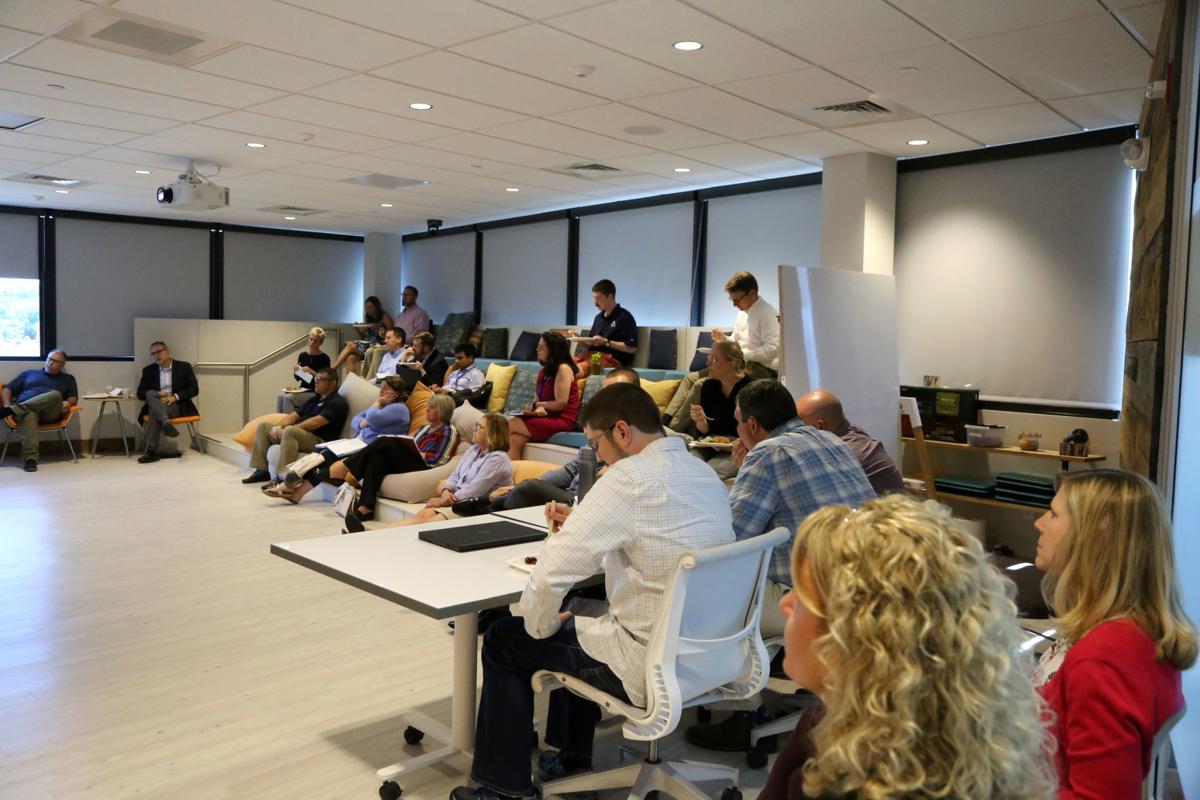 Six years ago, Southern New Hampshire University launched a Change and Innovation Lab, a move that many corporations were undertaking at the time.

The Zen-like idea provided a separate space for university leaders to break out of their routine and reshape the university for the future.

The lab was so successful that it became its own innovation -- the College for America, a university branch that offers alternative, competency based degrees to supplement an employer's training and employee development efforts.

So when SNHU launched a second innovation lab in 2015, the lab got its own charter, which enshrines the effort and keeps it grounded in idea generation and research, no matter what brilliant ideas should emerge.

And much of that happens at the Sandbox ColLABorative, which occupies the top floor of the SNHU operations building, located on Elm Street in Manchester. The Sandbox is what one would expect in an idea factory -- fifth-floor views of Manchester; wood-paneled walls; an auditorium space with  cushion-adorned, stair-like seating spaces; chalk-and white boards with elaborate designs; cubicles with diner-style booths, tables and chairs on wheels, which allows them to be easily pulled apart and reconfigured.

It's a place where ideas get fine tuned and then either launch to success or crash and burn.

"We are an internal consultant to a university," said Brian Fleming, executive director of the Sandbox.

The Sandbox handles ideas both big and small. Its current big-idea project involves the potential creation of a portfolio of digital-based curricula for people whose jobs require credentials in areas such as leadership, business strategy and lab safety.

A smaller task is the creation of real classroom experiences for SNHU students seeking teaching degrees. Some 180 different projects have gone through Sandbox, he said.

Fleming said Sandbox provides a place for faculty, administrators and staff to develop strategies and not be distracted from their day-to-day jobs. With a staff of 40, the Sandbox provides the guidance, market research, analysis, reports and pilot projects.

While the SNHU effort is formalized, Fleming said any company or organization can innovate.

"Anything we do here could be done in a garage with a couple of chalk boards," he said.

The value of Sandbox is tied to risk mitigation for the university. "Our job in many cases is to take things on and let them fail -- fail fast, fail cheap, fail forward, meaning helping us learn from them," he said.

At the Sandbox, the mission statement of SNHU -- to transform both the lives of students and higher education -- is in the forefront. It's written on a blackboard, as well as predictions for the world in 2030, including more human-machine collaboration and a world of simulation that even bends the concept of reality.

An innovation lab is all well and good for SNHU, a $1.2 billion organization that boasts one of the largest online universities in the country. But what about a small business?

A company president should be constantly listening to his workers and taking stock of their ideas, especially those on the front lines with customers.

"Innovation," he said, "starts with people."

Future Forces, as predicted by SNHU: