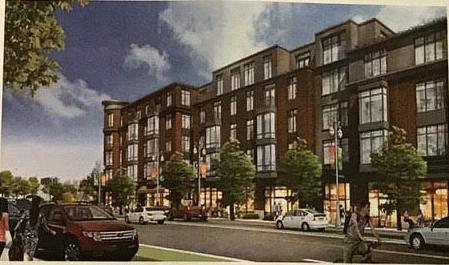 Artist renderings on file at Bedford Town Hall show conceptual designs for the Market and Main development on South River Road, which, when initially approved, did not include any apartment units. Now, new conceptual plans incorporate 290 apartments into the project. 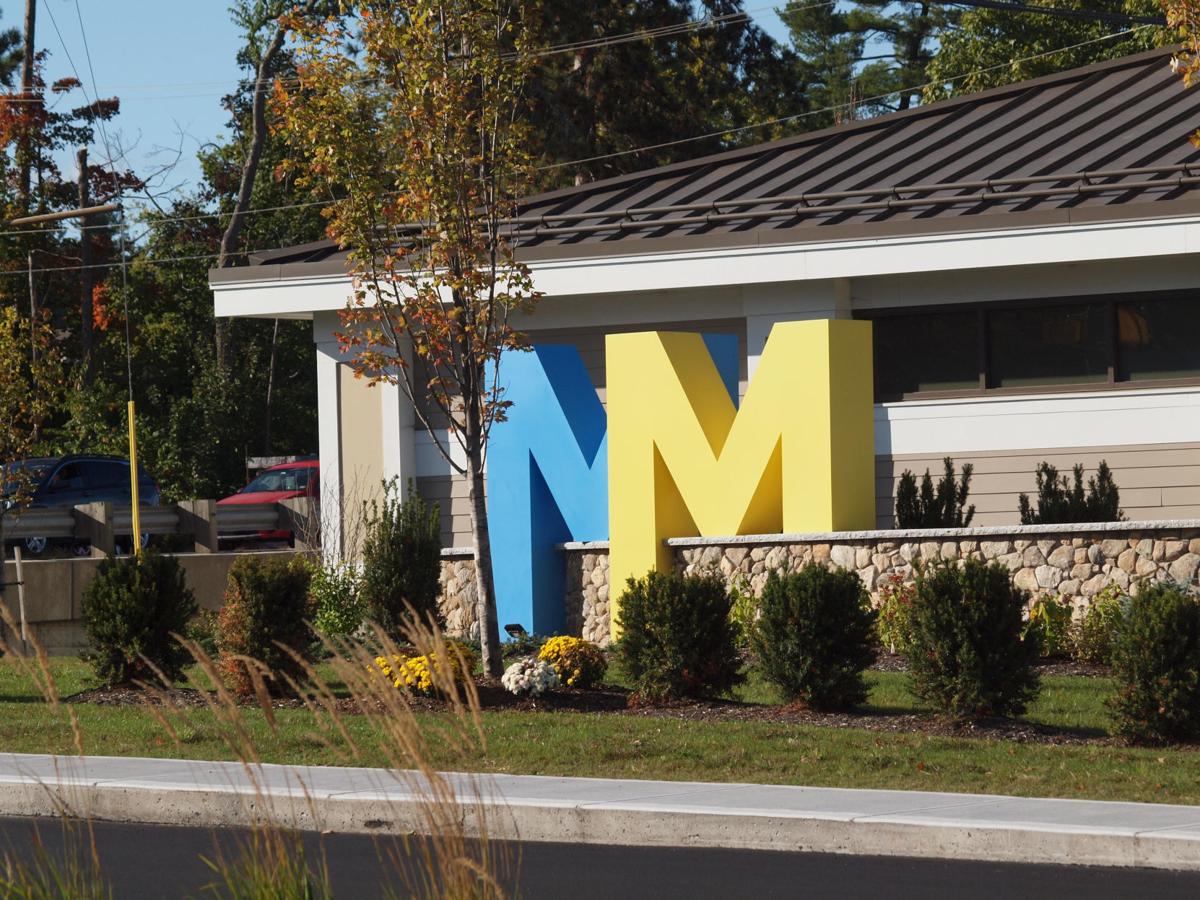 Developers for the Market and Main project at the former Macy’s site in Bedford are changing their thought process on the future of the site, and are now considering incorporating apartments into the mix.

BEDFORD — Citing the demand for housing in the region, developers of Market and Main are considering eliminating the planned hotel, cinema and select retail space from the project, and instead are looking to build 290 apartments on the site.

The town’s police and fire chiefs, along with its planning director, are already expressing concerns about the proposal.

Market and Main, a mixed-use development project at 125 South River Road, was approved in 2016 as a 355,708 square foot project to include a cinema, medical office building, 125-room hotel, four-story parking garage and significant restaurant, office and retail space. No apartments were included in the originally approved plans.

“The retail sector continues to decline based on the so called ‘Amazon effect,’ which has caused national retailers to re-evaluate their building footprints and stall or sideline new tenancies. The growth of e-commerce has stunted the growth of the traditional malls and specialty centers such as Market and Main,” said attorney John Cronin on behalf of Encore Retail, the owner of Market and Main.

“Unlike retail and office properties, there is significant demand for housing in southern New Hampshire and the need for modern, market-rate housing with current styling and features is critical to maintaining the New Hampshire economy.”

The new conceptual plan calls for 290 apartments, which would include 116 studio units, 116 one-bedroom units and 58 two-bedroom units. Two five-story buildings are being considered, with the lower level containing retail stores and the top four levels housing apartments.

Although this is still a conceptual plan and no formal site plan has been submitted, Assistant Planning Director Mark Connors said there would be some hurdles for the developer to overcome.

For instance, town officials previously granted a waiver for 133 apartments to be constructed at the former Wayfarer site on South River Road, even though that is also located in the performance zone.

“We were surprised to see such significant changes,” Connors said of the new Market and Main proposal. Although the town was informed that a cinema tenant was previously secured — and former conceptual plans had depicted a Regal movie theater — that portion of the project is eliminated in the new concept, as well as the hotel and parking garage.

To date, The Friendly Toast and Trader Joe’s have been constructed at Market and Main. Off-site improvements to the parcel’s intersection with South River Road are necessary in order for the next phase of development to move forward; that work is currently in progress.

“The applicant continues efforts to develop a first rate, mixed-use development. Reviewing the tenant mix, ongoing forecasts and projections, it has been determined the project can benefit from a housing component,” Cronin wrote in a recent memo to Becky Hebert, the town’s planning director. “The worst case scenario for any stakeholder is a partially complete project that sits idle and incomplete.”

He said “the apartment component is the desired vehicle to complete the project in a reasonable timeframe and stay consistent with the goals of the community for mixed-use and apartment housing in the urban areas away from the town center and single family subdivisions.”

Hebert is voicing concerns about the conceptual changes, including the fiscal impact of the project on local schools and municipal services, the traffic impact on South River Road, the height of the two proposed buildings, a lack of green space and more.

“The revised concept includes many fewer commercial uses, and staff would strongly encourage the applicant to reincorporate more commercial uses into the development, including destinations like the cinema, which would infuse life and vitality into the development and attract visitors from outside the community,” Hebert wrote in a report to the planning board, which will review the conceptual plans during a meeting at 7 p.m. Monday at the BCTV meeting room, 10 Meetinghouse Road.

According to Hebert, the local police and fire chiefs are worried that the town is at a “tipping point,” and that if the conceptual plans for apartments are eventually approved in the performance zone, there would be inadequate facilities and staff to maintain the current level of service for residences.

Cronin maintains that the municipal impacts for fire, police and public works would not materially change with the new plans. He said smaller apartment units are being considered in an effort to make the least impact on the local school system.

“Based on the data, 34 school children are projected,” he said, noting most of those children would likely be elementary age.

Cronin predicts that the annual tax revenues from the apartments will be about $1.2 million to help offset some of the municipal impacts, as well as school and recreation impact fees.

He noted the recently approved Bow Lane apartment project, which will bring 93 new apartments next to Bedford High School.

“Opponents of the recent Bow Lane apartment project recognized the local and statewide need for housing, but expressed preference for apartment housing to be away from the town center and traditional residential neighborhoods,” said Cronin, adding the conceptual plans for apartments at Market and Main will provide a live, work and play environment that suits the needs of the current market while also allowing patrons to support the future retail and restaurant elements on the parcel.

Still, Hebert said the Market and Main site is highly visible and is located at the gateway to Bedford. She questioned whether the height of the apartments could be lowered to three or four stories instead of five to help soften the appearance.

Aside from this project, a separate conceptual plan is also being presented to the planning board that could potentially bring 300 additional apartments to South River Road across from Iron Horse Drive (Read more about this on unionleader.com).

Residential housing is not currently permitted in the zone where the property is.