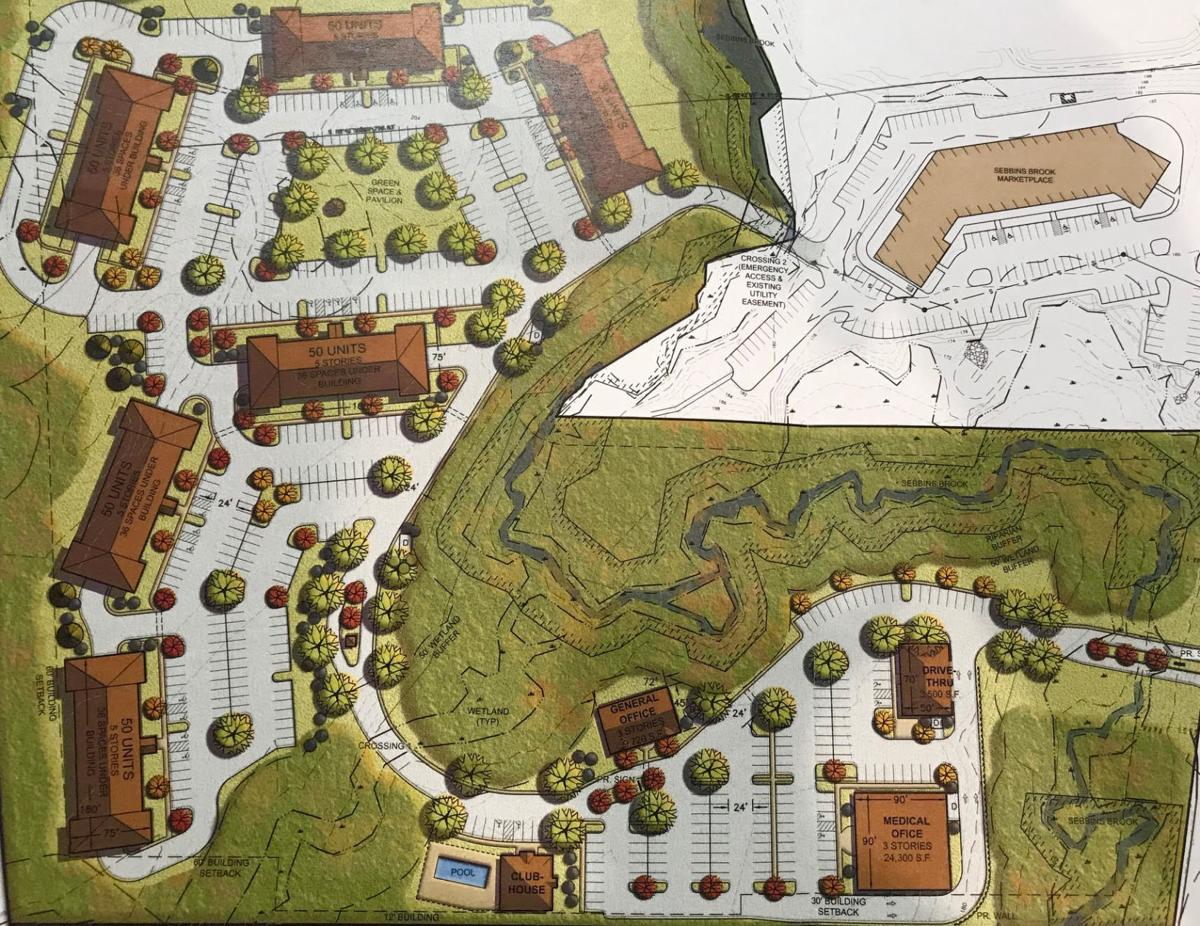 Sebbins Brook Crossing is a new conceptual development being eyed for South River Road in Bedford.

BEDFORD — Three hundred apartments could potentially be constructed near Sebbins Brook — the latest in a string of development projects along the South River Road corridor that has been bustling with activity in recent years.

Plea for 290 apartments at Bedford's Market and Main raises eyebrows

BEDFORD — Citing the demand for housing in the region, developers of Market and Main are con…

“Each building is five stories high with an underground garage that holds about 36 spaces. There is a large green space in the center of the northern cluster of buildings, and a clubhouse and pool are located at the entrance to the back half of the site,” said Katherine Weiss, project manager with Bedford Design Consultants Inc.

Conceptual plans also include 600 parking spaces for the apartment units.

Residential housing is not currently permitted in the town’s performance zone where the property is located, meaning a waiver would need to be granted by town officials in order for the project to move forward, assuming a formal site plan is ultimately submitted.

“It is not clear from the materials submitted if the apartments are envisioned to be market rate or a workforce housing development, though the applicant did indicate to the conservation commission that workforce housing is not currently planned,” Connors wrote in a report to the planning board.

With the exception of the apartments, the other uses are permitted in the performance zone, according to Connors.

The vacant site was previously approved for various projects including a funeral home, retail development, warehousing and manufacturing, but none of those plans ever came to fruition.

Scott Hunter, the town’s fire chief, has already raised concerns about the five-story height of the proposed apartment buildings, citing the fire department’s limited equipment and staffing, and saying the Sebbins Brook Crossing project is well outside a 5-minute benchmark for response times for first responders.

“For this reason, additional occupancies like this project are a challenge for us given the location of current fire resource facilities until infrastructure enhancements are in place,” said Hunter. “It is sobering to note that as time in response increases, the probability of a successful outcome decreases proportionately.”

A separate conceptual plan in Bedford would call for 290 apartments to be constructed as part of the Market and Main development. (Read more on this story at unionleader.com.)