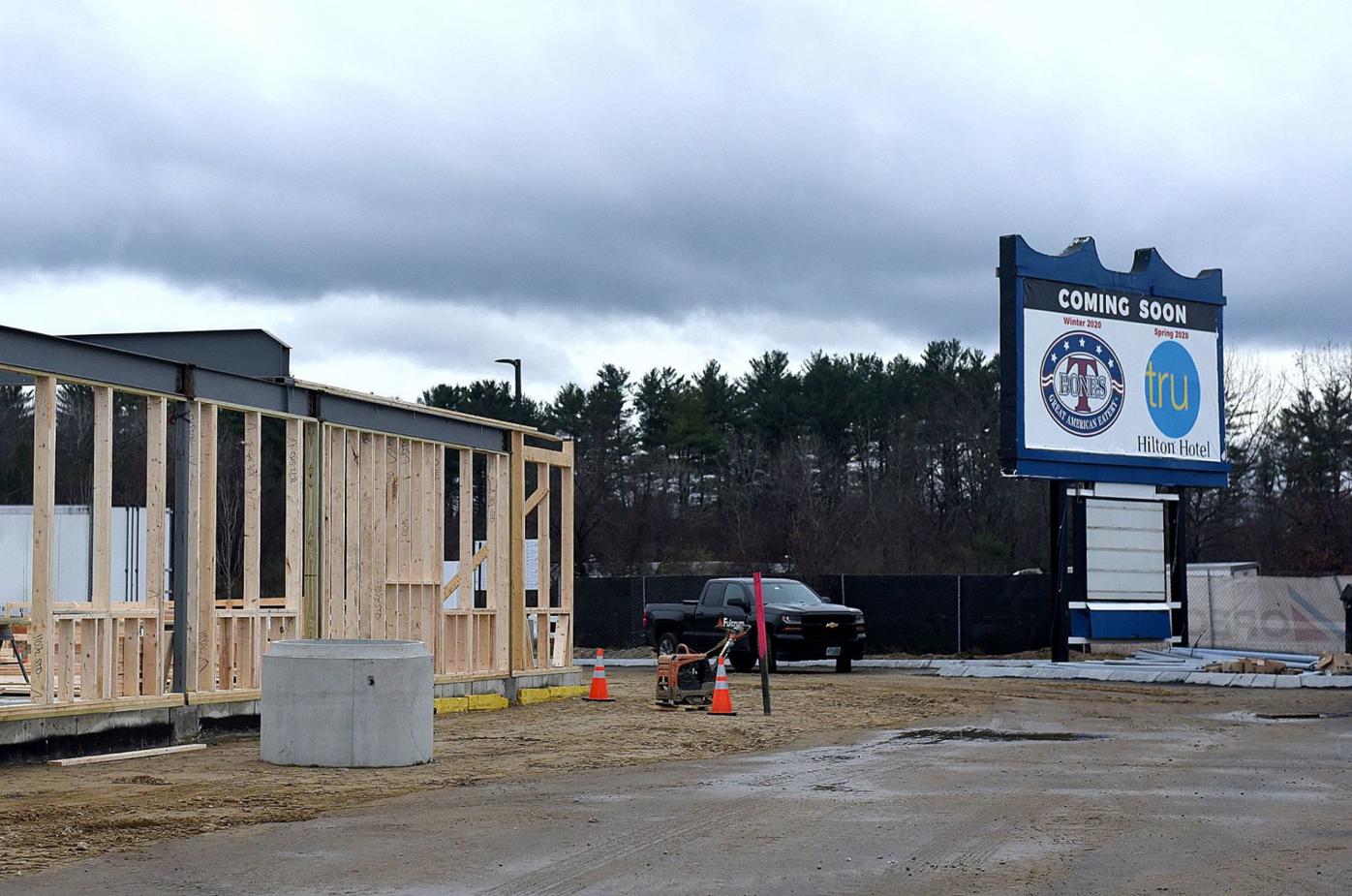 The steel is up and framing has begun for the new T-Bones restaurant at the site of the Tru-Hilton at Exit 12 off of Interstate 93 in Concord.

A rendering of the first custom-built T-Bones in the company’s 35-year history. 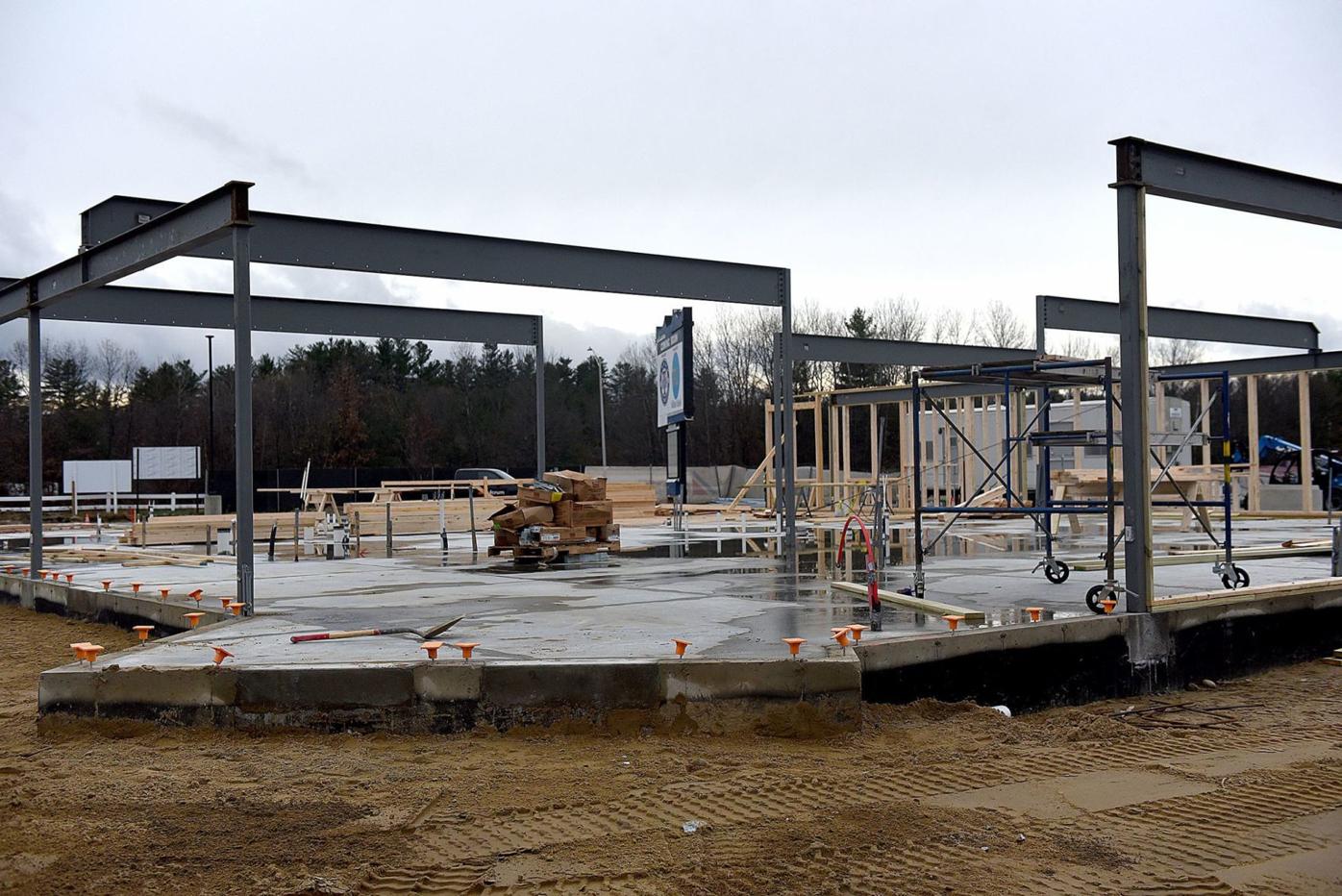 The steel is up and framing has begun for the new T-Bones restaurant adjacent to the new Tru by Hilton hotel at Exit 12 off Interstate 93 in Concord. 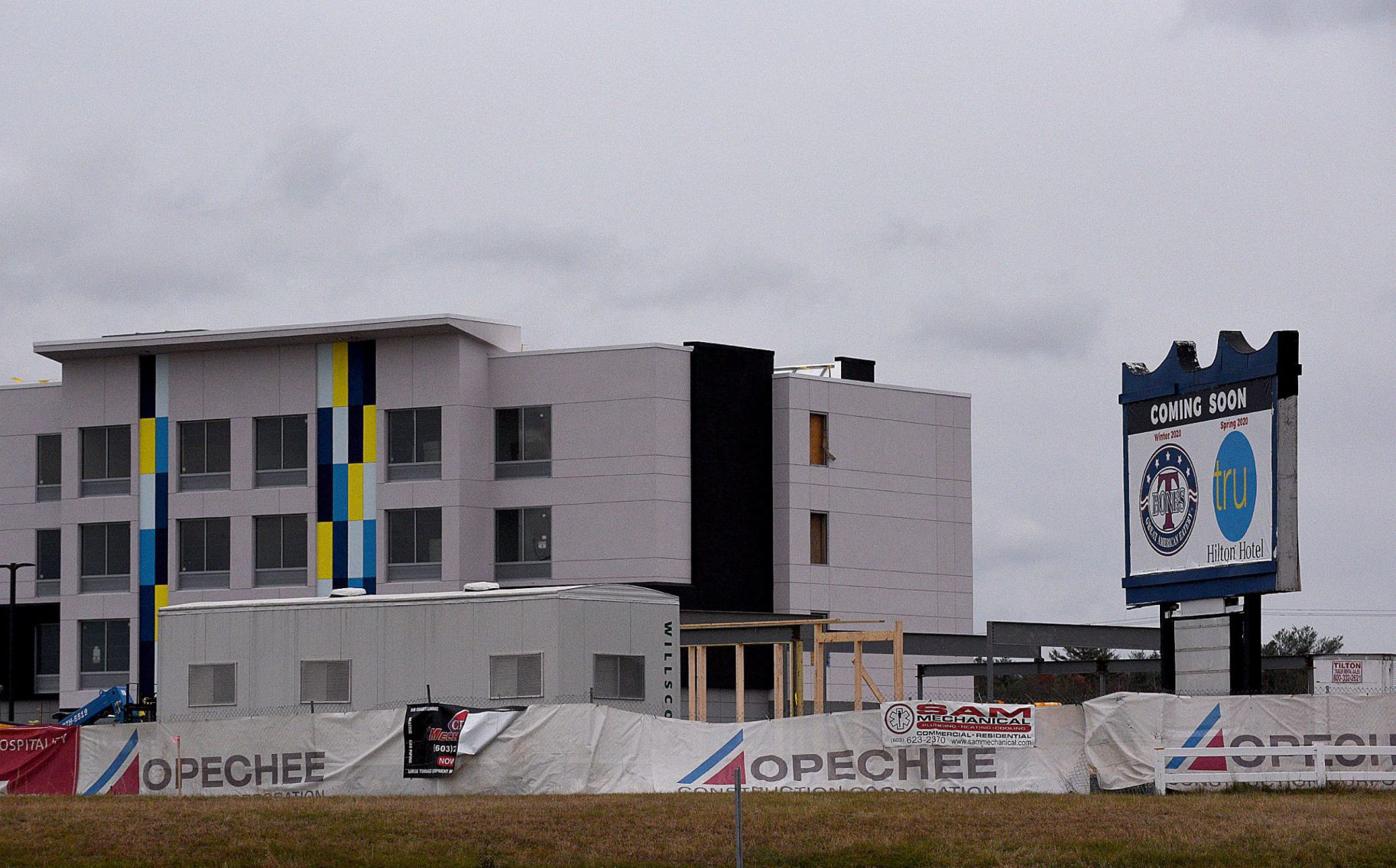 The new T-Bones restaurant in Concord is going up beside the new Tru by Hilton hotel, seen in the background, off Interstate 93’s Exit 12.

T-Bones’ parent company, Great New Hampshire Restaurants, is also gearing up to open a new sports bar concept called Bull & Bear at the former Shorty’s in Bedford in the near future.

The steel for the new T-Bones, at Exit 12 off Interstate 93 in Concord, is being installed by contractors in front of a new Tru by Hilton hotel. The company officially broke ground on the project last month. The hotel and restaurant are separate projects.

“We absolutely love the location given its high-profile visibility to the highway and the fact that it is right on the exit,” said Tom Boucher, CEO of the restaurant group.

The company looked at the spot for years before reaching a deal to buy a portion of the property. The hotel is being developed by Steve Duprey.

“We’ve been able to build it the way that we want,” Boucher said of the multimillion-dollar restaurant.

“It is going to have a more updated look,” he said.

He declined to reveal the total cost of the project.

The new spot will be T-Bones’ largest at 9,900 square feet with 275 seats indoors and a 35-seat patio. The restaurant will offer takeout for the Tru hotel, which will not include dining services.

“We see the Concord market as very similar to all of our T-Bones locations. It has a lot of middle-class folks who really enjoy T-Bones,” Boucher said.

“We have strategically grown at a slower rate, if you will, compared to some chain restaurants. That’s been very purposeful. We wait for a high-profile, high-traffic-count, high-visibility location, and they don’t come about that often,” Boucher said.

“There is always a certain buzz when a new restaurant opens,” he said.

The new T-Bone’s will add another 100 employees, with about 30% coming from other locations.

He hopes the restaurant will open in late winter or early spring, but construction depends on the weather.

Over the next five years, the restaurant group will continue to look for locations for all of its concepts, including the Nashua area, Boucher said. The next project will be the Bull & Bear in Bedford.

“After we open Concord we will start putting our eyes on it,” he said.

The coronavirus pandemic has exposed a disparity in America’s rental housing that threatens to get even wider.

T-Bones Great American Eatery is set to open its sixth location in Concord next month and is still hiring staff.

New Hampshire paid out 33% more in total unemployment benefits to people during the coronavirus pandemic than they would have earned had they worked, according to the state.

The owners of Patch Orchards in Lebanon are waiting to find if they can keep their 20,000 maple sap lines or if a court will allow the city to take the lines down.

Bezos sells Amazon shares worth $3.1B; still holds stock worth $174.6B

Bezos sells Amazon shares worth $3.1B; still holds stock worth $174.6B

C&J buses will be back on the road within weeks

C&J buses will be back on the road within weeks

Dr. Paul P. Baard's Motivation Matters: A better approach to getting a raise

Dr. Paul P. Baard's Motivation Matters: A better approach to getting a raise