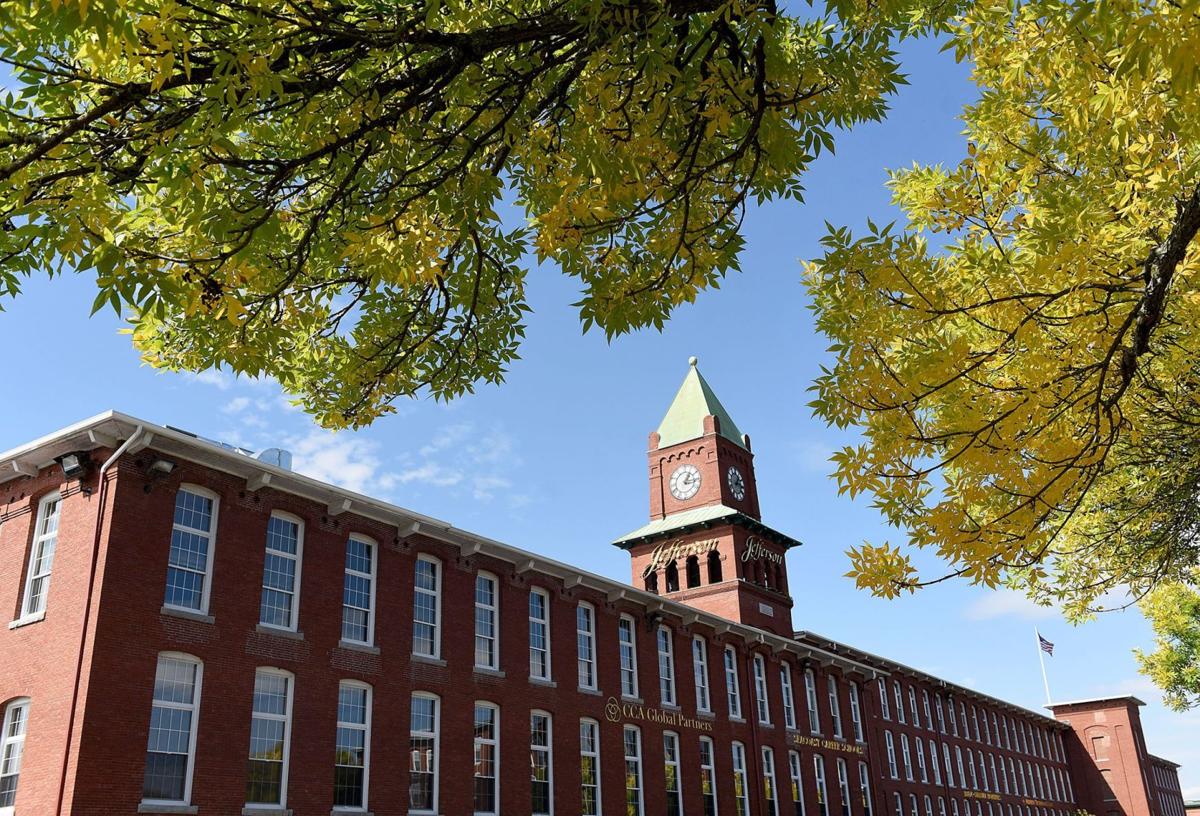 People looking to leave East Coast cities may see a pitch to move to New Hampshire to live and work. Last week, foliage was changing by the Jefferson mill building on the north side of Manchester’s Millyard.

Pandemic-weary city dwellers from other states soon might spot an advertising message: Move to New Hampshire.

“There’s a whole exodus of people leaving inner cities,” said Tim Sink, president of the Greater Concord Chamber of Commerce. “We want to capture them the best we can and point them to New Hampshire.”

Seven chambers of commerce in the state’s central and southern regions have banded together to help the region recover from the economic downturn caused by combating the coronavirus pandemic. The group last week was finalizing details on receiving around $300,000 collectively in federal CARES Act funds for various activities, including reaching out to residents of other states to entice them to move here.

A Harris Poll revealed nearly 40% of people living in urban areas said the pandemic has prompted them to consider leaving for “more rural areas,” according to the national survey in late April.

The chambers’ campaign will target people who have previously signaled an interest in relocating.

“They probably have done something on social media that is trackable,” Sink said.

“They are people indicating ‘I might want to get out of the city to a place much quieter,’” Sink said. “We do have a fantastic product to sell here.”

But, he said, “I don’t think we’re going to be talking about pandemic a lot in the campaign.”

The chambers’ efforts include producing short videos featuring area business people and making a pitch to remote workers to settle in the Granite State. A dedicated web page under development will host the videos and provide links to job listings. An online job fair also is under consideration for November.

Chambers have heard from their members that the region’s economic recovery is tied to how quickly and effectively businesses can rebuild their workforce, said Mike Skelton, president and CEO of the Greater Manchester Chamber, which is leading the effort.

“Given how the pandemic has significantly accelerated the acceptance of remote work in many industries, workers and their families likely will have more flexibility and choice on where to live than ever before,” Skelton said.

“The availability of workforce was the No. 1 challenge facing our economy prior to the onset of the pandemic and likely will continue to be as we recover,” Skelton said. “Our coalition believes taking action now through recruitment initiatives like this can give the region and state a head start in building a strong and resilient post-COVID-19 economy.”

Last year, the state Department of Business and Economic Affairs, which is partnering with the chambers, ran two multimedia talent-attraction campaigns targeting millennials to show them job and lifestyle opportunities New Hampshire has to offer, according to Lori Harnois, director of the state Division of Travel and Tourism Development.

“This is an effective way to target potential people looking for a change,” she said.

“I think our real estate sells itself,” said Rice, who compiles sales figures for the Seacoast Board of Realtors.

But Rice said the chamber project is “a wonderful thing” that will help bring even more people here.

At a recent job fair in Manchester, people from several employers said it was difficult to find enough workers.

Wendy Hunt, president and CEO of the Greater Merrimack-Souhegan Valley Chamber of Commerce, is helping to organize getting business leaders to shoot short videos.

“The program goal is to help businesses in the southern NH and capital regions attract out-of-state workforce talent to NH via a detailed video series designed to be an on-demand library,” she said in an email.

The videos will address manufacturing, health care, hospitality, technology and construction, describing the opportunities available and what it’s like working in the area.

“We want to keep our talent but also recruit new talent to the region,” Hunt said by phone.

Other goals are a campaign to make sure employers follow state industry and universal guidelines to keep down the number of COVID-19 cases, including strengthening mask wearing, and to combine resources of the chambers into a central clearinghouse, Sink said.

MANCHESTER — Manufacturing organs — the human variety, not the musical ones — sold Kalyan Vydiam on coming to work in the Millyard.