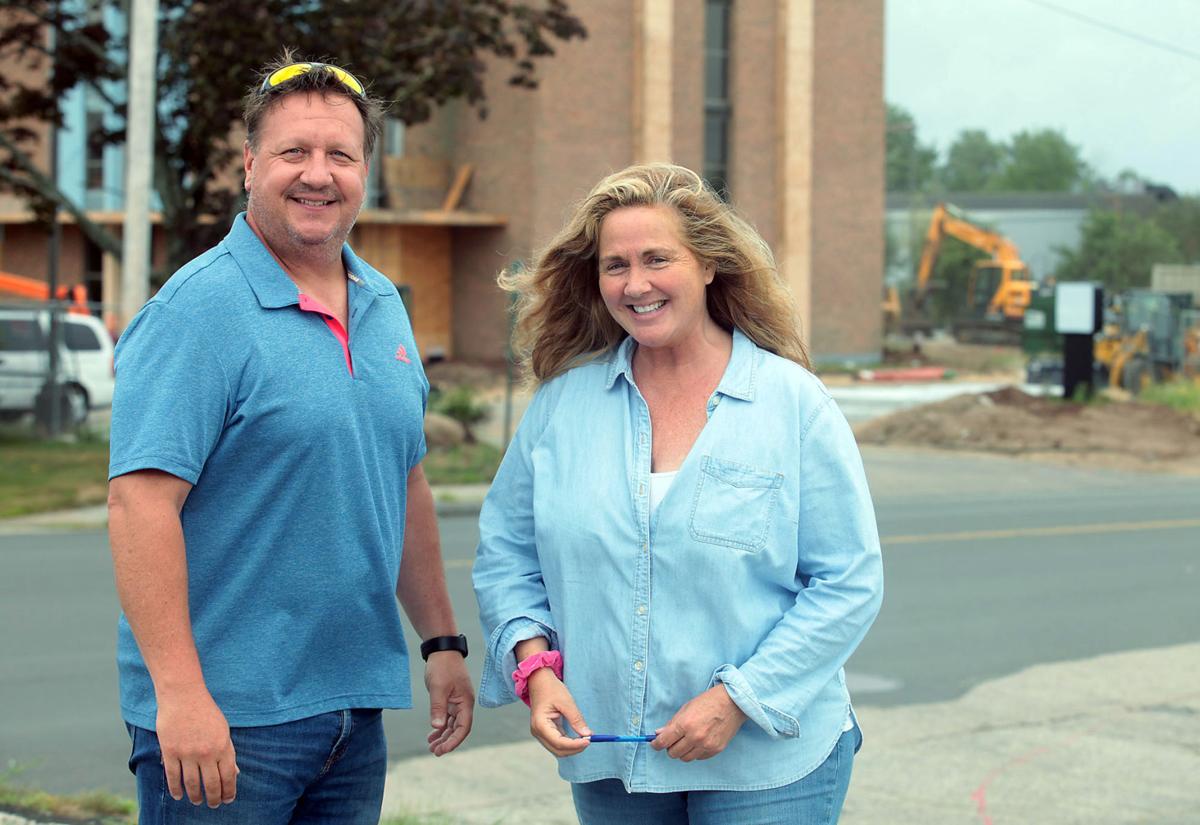 Guaranteeing a ride to work every day and presenting a decent employment background are two keys for anyone looking for work.

But for people in addiction recovery or fresh out of prison, those requirements often prove more challenging.

A Maine company and an associated nonprofit have teamed up to help eliminate those roadblocks.

“My mountaintop speech in this moment of confluence of grave socio and economic turmoil, including COVID-19, Black Lives Matter, hyper-incarceration and substance use disorder happening all at once, the single way out is economic viability for everyone,” said Margo Walsh, owner of MaineWorks, a staffing company in Portland, Maine.

Walsh’s company hires people who are in recovery from substance addiction or out of prison or jail for full-time employment. She places them at construction worksites.

She is planning to open a Manchester office later this year and already has supplied workers to construction sites in New Hampshire.

“We have identified at least five to seven sober living houses within Manchester and Nashua that have men and women ready to work, and we have companies ready to employ them,” Walsh said Friday.

She provides rides to job sites, which pay her company so much per hour per worker. Workers doing New Hampshire jobs generally make $12 to $15 an hour, she said.

Jewett Construction in Raymond has used Walsh’s workers on three recent projects, including the renovation of the One Hundred Club in Portsmouth.

“They vet their workers as far as their skill sets and personal lives,” said Alain LeBlanc, Jewett’s director of field operations.

Walsh identifies people’s strengths and places them in the proper jobs, he said.

“From what I hear in comparing it to other companies I’ve used, these people are more reliable and come with a little more of a skill set, and you know what you are getting on the project,” LeBlanc said.

Walsh makes the math work by using funds from a nonprofit, the Maine Recovery Fund, where her sister, Elaine Carney, is president and co-founder. Walsh co-founded the nonprofit and chairs its board.

The nonprofit, which receives state funds, provides money for rides, jackets and boots as well as direct services related to dental and mental health care.

“The barriers to employment are lack of transportation and a lack of evidence of a work history,” Walsh said. “We take those two things off the table.”

“I think, overall, companies want to give people a chance, they are just reluctant due to financial and safety risks,” he said. “Having MaineWorks take on much of that burden definitely opens more doors.”

Walsh employed about 150 people at various times last year and is targeting $3 million in revenue this year. The company currently has 65 people on the payroll. She’s also proud of her B-Corporation status, signifying she met standards of verified social and environmental performance.

Kyle Wedge, lead house manager at a sober house in Manchester, liked what he heard about MaineWorks.

At least one resident at his RJM House had worked for the company, and Wedge also talked with Walsh.

“It’s not like other labor places who look at people as expendable,” Wedge said.

Helping to lead the New Hampshire expansion is Ben Klebe, a longtime family friend of Walsh’s.

Klebe hoped to join the military when he found out at age 15 that a heart defect would derail that dream.

“Pretty much after that, I really had no sense of purpose in life,” Klebe recalled last week. “Within two weeks, I was getting high.”

After going through treatment, he ended up at a “dead-end job” managing a Merrimack call center when Walsh called asking him to help out, he said.

“At the end of the day, the goal of MaineWorks is to help people get on track after they’ve derailed their life one way or another,” said Klebe, who plans to move from Maine to Plaistow with his fiancee later this year.

“In a way, everyone sort of likes to root for the underdog.”