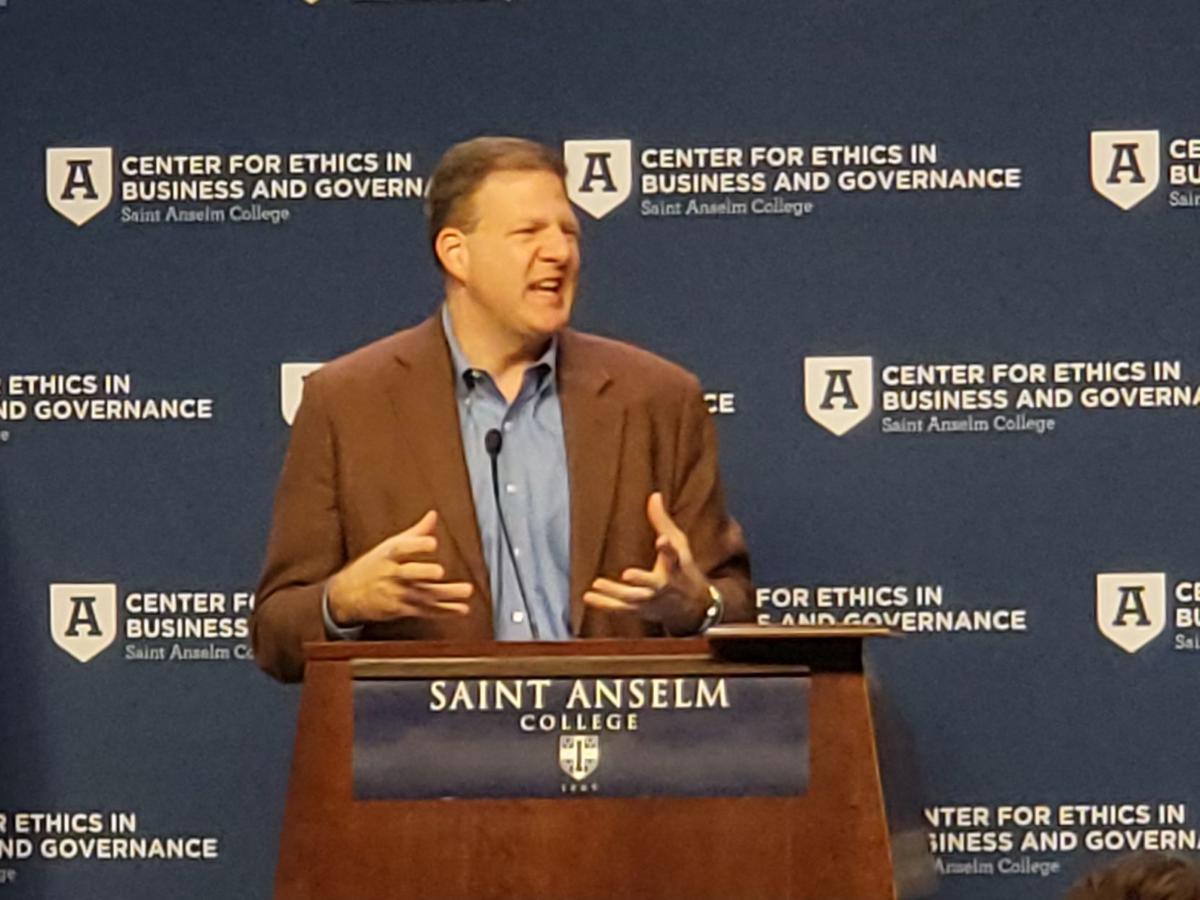 Gov. Chris Sununu has asked the Trump administration for a waiver to create a reinsurance program for the delivery of health care to consumers in the individual market. The two-year compromise state budget included this provision. 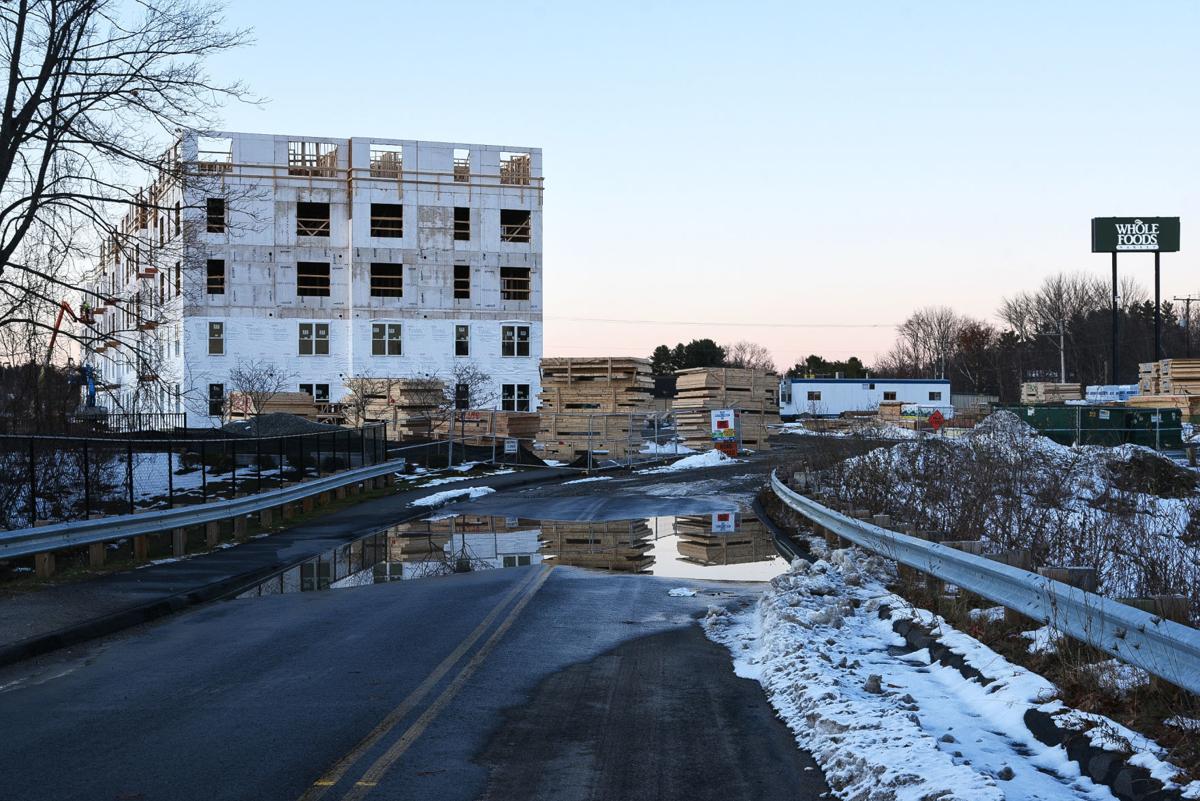 A new apartment complex, seen here on Wednesday, is taking shape in Bedford behind the Whole Foods complex.

“There’s a lot of cities and towns that really get this. I won’t pick on the ones that don’t,” Sununu said during a housing forum at the New Hampshire Institute of Politics at St. Anselm College.

Housing availability and affordability is an issue across many parts of the state — affecting people’s monthly budgets and employers’ ability to find workers or to expand.

“I’ve been very vocal about that and I get, ‘Governor, stop picking on us,’ but yeah, there’s some towns that don’t get this, right?” Sununu said.

“I was talking about the one that rhymes with Red-ford,” Sununu said, drawing laughs from the audience of around 150 people. “Please, right? ‘We have too much multifamily housing in Bedford already.’ No, you don’t. No, you don’t.”

Businesses “are coming in left and right, and they’re not going to be able” to house families there, the governor said.

Bedford’s planning board in June approved a workforce housing project that had been debated in town for more than a year. The project, which had garnered more than 1,100 signatures opposing it, features 93 apartments to be built behind the high school.

Another apartment complex proposed for South River Road would feature 270 units, including a portion reserved for workforce housing.

Vihstadt didn’t address why the governor singled out Bedford.

The statewide vacancy rate for two-bedroom apartments has fallen to below 1 percent.

“That is having a fundamental impact on the state’s ability to retain and recruit additional workforce to continue to grow the economy of all the jobs and all the employers that we’re working with on a regular basis,” said Taylor Caswell, commissioner of the Department of Business and Economic Affairs. “I think it is reasonable to say that this has reached a crisis point here in the state and it needs to be addressed.”

The governor’s task force assigned to address the state’s housing shortage has produced two pieces of legislation, including one to improve the predictability of the development process at the local level.

Forum participants developed a list of recommendations for steps local communities can take to influence local decision-making and increase the supply of housing.

Christopher Davies, principal of Great Bridge Properties in Portsmouth, said Massachusetts communities often offer an “easier path for approvals and funding” to build housing than many cities and towns in New Hampshire.

“Just to have a governor talk like he did is huge,” he said.

BEDFORD — It was unfair for Gov. Chris Sununu to criticize Bedford for what he claims is a lack of affordable multifamily housing in town, res…