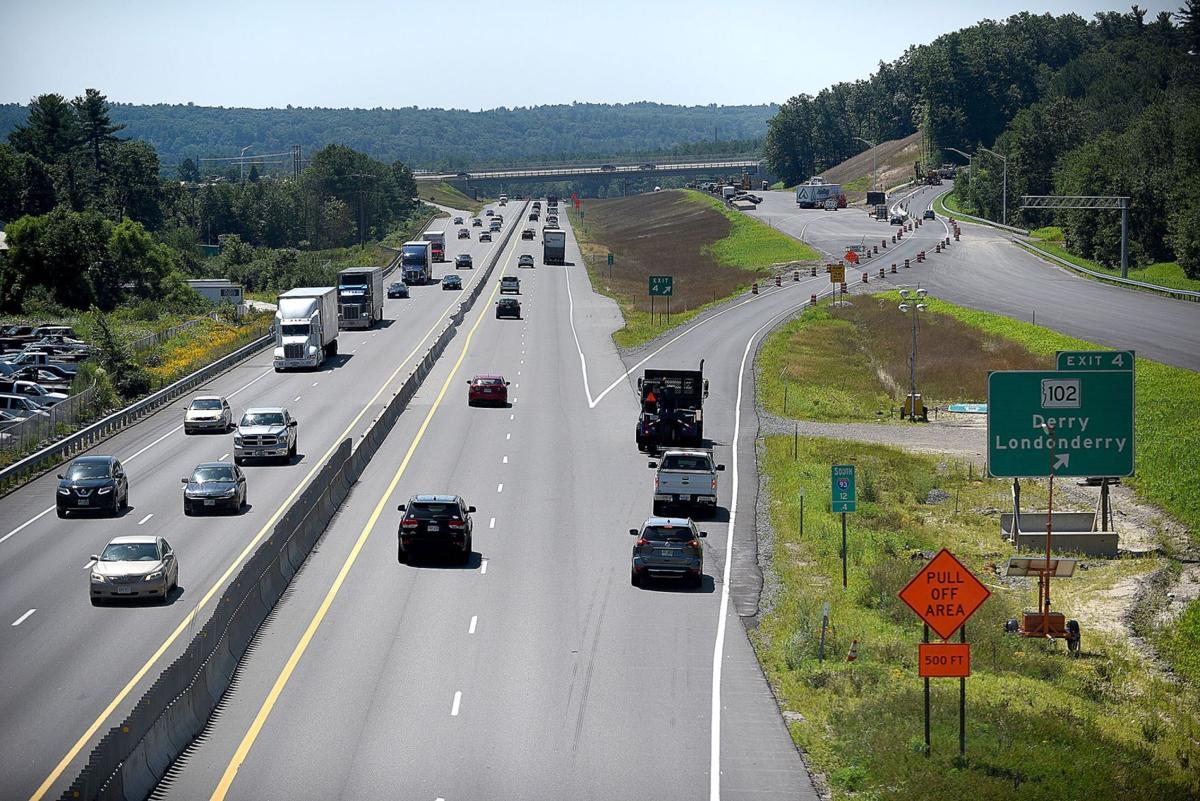 New Hampshire, seen here with Interstate 93, should focus on attracting new residents as well as keeping its current ones, according to a University of New Hampshire senior demographer. 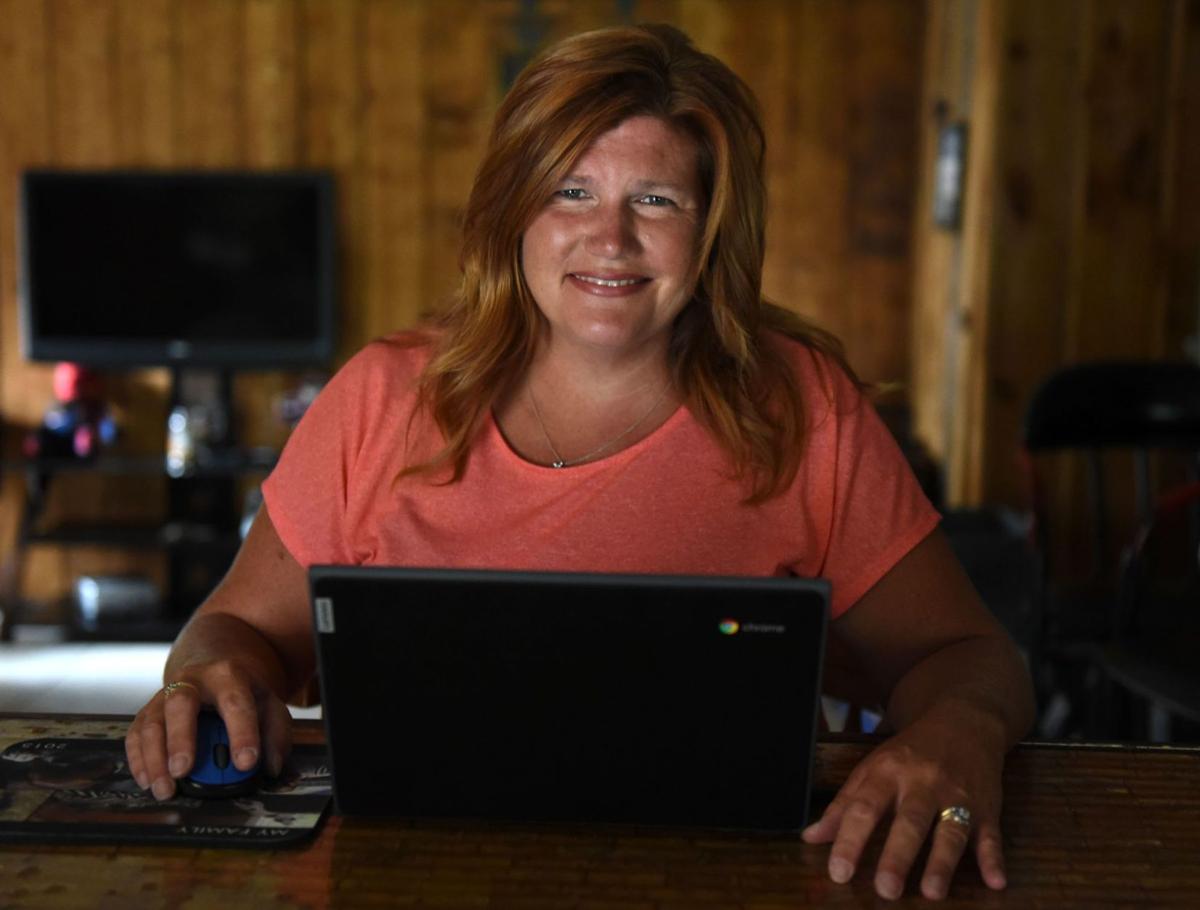 Out-of-work travel agent Jennifer Kazakis sits at her computer at her Goffstown home in August. She attended a virtual job fair then and plans to do the same on Tuesday. “I do like the idea of doing it virtually; I think it’s a lot easier,” said Kazakis.

New Hampshire, seen here with Interstate 93, should focus on attracting new residents as well as keeping its current ones, according to a University of New Hampshire senior demographer.

Out-of-work travel agent Jennifer Kazakis sits at her computer at her Goffstown home in August. She attended a virtual job fair then and plans to do the same on Tuesday. “I do like the idea of doing it virtually; I think it’s a lot easier,” said Kazakis.

Only five states can accurately say they have a higher percentage of residents born outside their home state than New Hampshire.

A whopping 84% of the Granite State’s population gains during the decade starting in 2010 have come from out-of-staters.

And all of the state’s population gain during a recent 12-month period was credited to more people moving into the state than leaving, compensating for more deaths than births.

“As we look to the future, migration will continue to play a major role in the state’s growth because the population is aging and deaths are rising,” said Ken Johnson, senior demographer at the Carsey School of Public Policy at the University of New Hampshire.

A move to drive more people to live in New Hampshire happens online Tuesday, when a state-sponsored job and relocation fair will promote the state’s quality of life while participants also get the chance to pitch themselves to prospective employers.

“Retaining New Hampshire workers is key, but we also need to attract as many as we can from out of state, and this is a new way and novel way that we can do that,” said Will Stewart, executive director of Stay Work Play New Hampshire, which helps recruit younger people to the state.

New Hampshire Employment Security has partnered with several chambers of commerce to offer an online job and relocation fair. More than 40 employers with hundreds of collective job openings will participate at the event, which will run from 11 a.m. to 2 p.m.

Donna Morris, president of the Greater Salem Chamber of Commerce, has thought about such an event for several years.

“I just think it’s such an obvious thing to me,” she said. “You need to have more than a job. You need a life.”

One floor of the virtual fair will feature representatives of real estate, lifestyles, education and health care who will be available to answer questions.

The chambers’ campaign targeted online advertising to people who have previously signaled an interest in relocating.

And the pandemic has made more people reconsider where they want to live, especially with more jobs doable remotely.

“It’s interesting COVID sent us all virtually, and (there) might be opportunities for New Hampshire to strengthen the caliber of its workforce,” Morris said.

What’s the key to getting people to move here?

“Having a good job lined up is a good first step, as is an affordable place to live,” said Stewart, whose group is participating. “Beyond that, it’s all about showing prospective new residents that New Hampshire has what they want, be it good schools for their kids, safe and tight-knit communities, or easy access to an array of outdoor recreational and arts and cultural amenities, to name but a few things.”

“Lessons learned included there is a need to have break out 1-on-1 sessions between employers and job seekers,” said Rich Lavers, deputy commissioner at Employment Security.

“We are looking to accommodate that need with the virtual layout for the upcoming job fairs,” he said. “We also know that these events need to be about more than just a job and to look at all of the aspects involved in making a decision to relocate to New Hampshire.”

Jennifer Kazakis attended the August job fair and would have preferred more privacy when talking to employers. The Goffstown woman was glad to hear about the change, especially when asked at the previous event to provide personal information to potential employers.

“I do like the idea of doing it virtually; I think it’s a lot easier,” said Kazakis, who was officially laid off from her travel agency job Oct. 31 after being furloughed for months.

“I’ll see if they post the different companies, do my research ahead of time,” she said.

Tuesday’s event will concentrate on employers from Concord to the Massachusetts border.

People can pre-register and get more information at the state Employment Security website for any of the upcoming events.

Employment Security normally conducts close to 30 job fairs in person a year but is doing them virtually during the pandemic. “We are trying to schedule enough events to meet the demand,” Lavers said. “Each of these job fairs targets a different geographic region or different sector.”

Lavers expects some employers and participants could attend more than one event.

“I think what I do like about virtual is you’re going to have more one-on-one” time, Horan said. “I just don’t think there’s as many distractions around” compared to a physical job fair, where multiple people could be hovering around an employer’s table.

“There’s just a tremendous amount of competition...for talent,” Horan said. “When you’ve got those companies that are in New Hampshire, everyone is kind of fighting for the same people.”

Some people aren’t in the labor force because of child care, remote learning or lack of transportation to work, Horan said.

The state’s unemployment rate peaked at 17.1% in April and stood at 6% in September.

Regarding demographics, only 42% of the population that lives in New Hampshire was born in the state.

Johnson said it shouldn’t be a choice between retaining residents or attracting new ones.

“Often organizations devote so much attention to trying to attract new residents, that they forget about the importance of hanging on to all the good residents that are already here,” Johnson said.

“You can increase the migration gain by either attracting new residents, or by reducing the number of existing residents who leave. Or, in the best of all worlds, doing both at the same time. The two aren’t mutually exclusive,” he said.