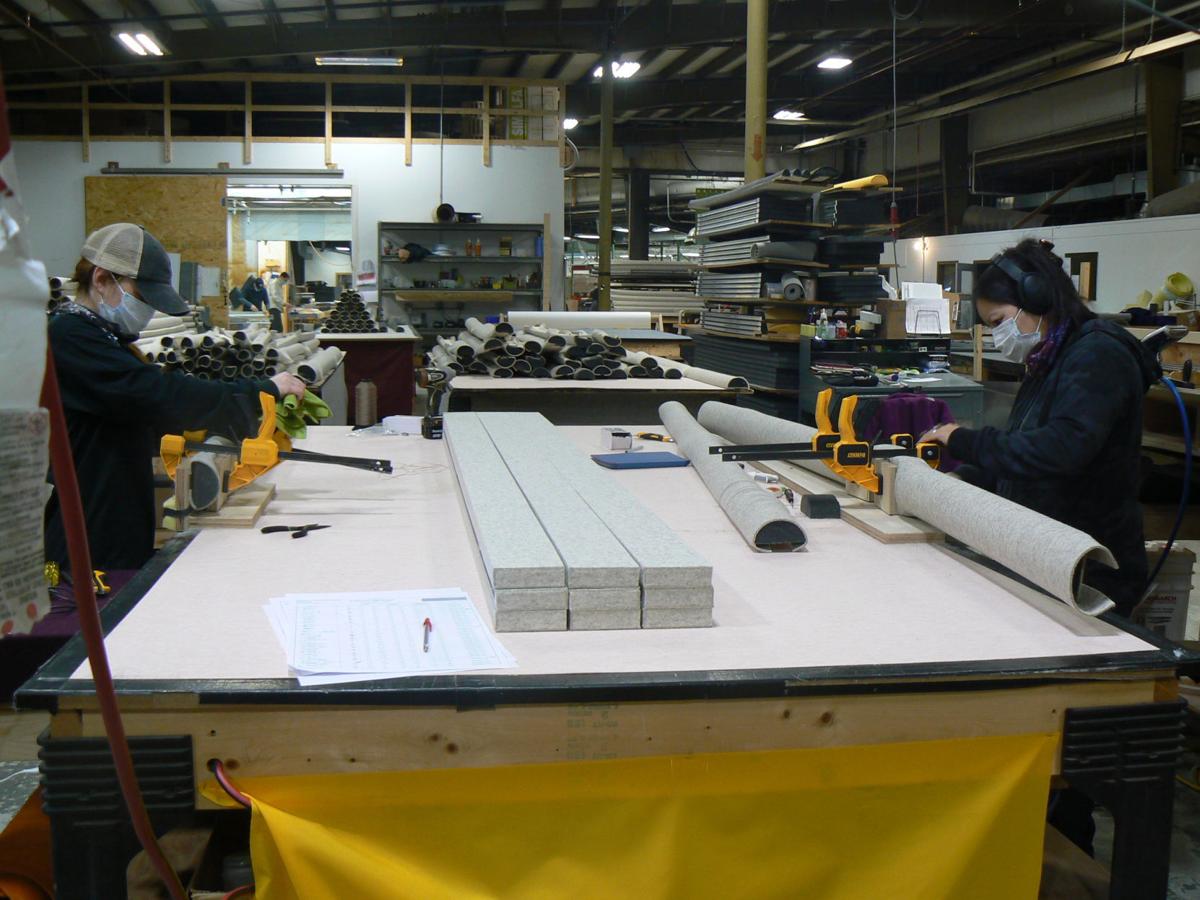 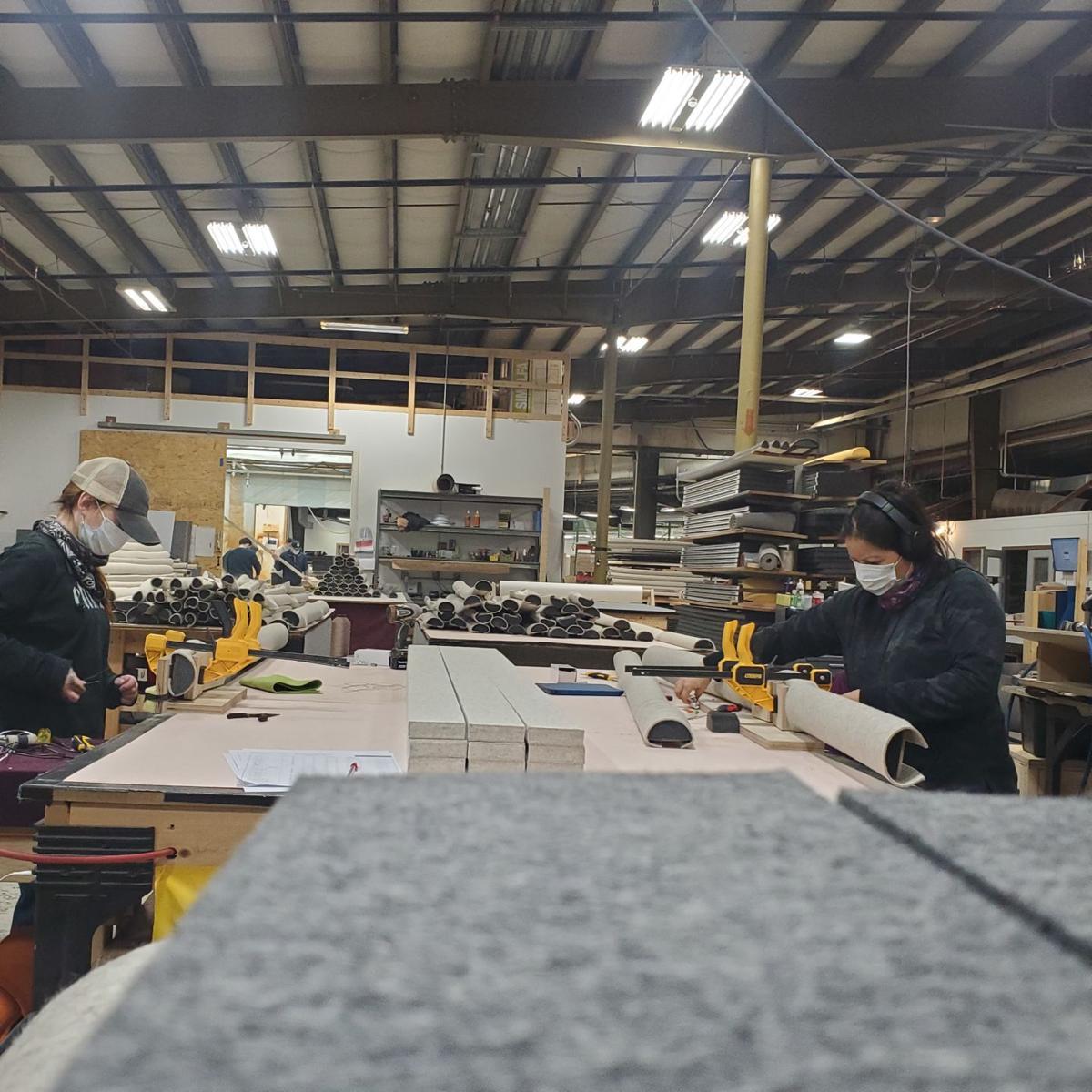 The UMass-Amherst junior banked some cash after several chambers of commerce banded together to help recruit workers to replace foreign workers barred from entering the United States. At the same time, he unexpectedly garnered leads on possible internships from his employer.

“It turned out a whole lot more than I could have hoped for,” said Mazeika, who is interested in aerospace engineering, in a recent phone interview.

Mazeika, 20, who wrapped up his North Country employment in late January, and about a dozen other college students benefited from an effort by six North Country chambers, Ski New Hampshire and the White Mountains Attractions Association.

They spent $20,000 in federal CARES Act funds to bring and house the out-of-state students to work in the Mount Washington Valley.

No ZIP code in New Hampshire was home to more J-1 visa holders in 2019 than North Conway’s, which had 424, according to the U.S. State Department. New Hampshire hosted more than 4,400 in all .

“We emulated the J-1 program, but domestically,” said Janice Crawford, executive director of the Mount Washington Valley Chamber of Commerce.

She recruited 13 students from as far away as Florida, providing discounted housing and jobs at area businesses.

What is making it so tough to find workers?

Last June, the Trump administration suspended visas for several categories of applicants, including H-2B, which are mostly for seasonal work, and certain J-1 categories, including important ones to New Hampshire — camp counselors and summer work travel.

The administration said the intent was to help Americans find jobs during a time of high unemployment, but many business groups opposed the move because they needed the workers for jobs Americans often don’t want.

In recent years, New Hampshire businesses have dealt with an unpredictable supply of foreign workers for hard-to-fill jobs.

Alec Tarberry has seen the problems firsthand at The Eastern Slope Inn Resort in North Conway and the Attitash Mountain Village Resort in nearby Bartlett. He had 36 visa workers for the summer, including 19 J-1 visa holders, but none this winter.

So he had to look locally to cover 15 housekeeping and maintenance jobs typically done by foreign visa holders in the winter months.

“We tapped our existing teams to help us recruit more locals from the community and cross-trained team members from other departments,” Tarberry said in an email. “Even the CEO, CFO and VPs are trained to step in to help when needed.”

“I think No. 1, we have to disentangle these visa programs from the overall conversation, which can get political, around immigration, and we have to see this as an economic need for our local economies, especially our seasonal economies,” Pappas said.

The congressman said businesses “have been left in the lurch for the last few years” by not getting the workers they need.

“It hasn’t allowed you to plan for this upcoming season and to make sure that your operation is calibrated in the right way to serve your customers,” Pappas said.

“I think it’s critically important that we restore the exemption on returning H-2B and J-1 workers, so that they don’t count toward the cap, which would allow us to leverage more of those visas to help meet the needs of our economy,” Pappas said.

“That is not a function of finding affordable help because they make the same as our full-time, year-round staff, plus we provide them housing,” Tarberry said. “It’s really just a lack of people in this area who are interested in doing that kind of work.”

Pandemic made it worse

The shortage of foreign workers comes at the same time that the pandemic has sidelined workers.

According to Mike Somers, CEO and president of the New Hampshire Lodging & Restaurant Association, some restaurants in the northern part of the state as far south as the Lakes Region are not opening certain days of the week.

Many people laid off or furloughed from restaurant jobs eventually found other work or stayed home to oversee their children’s remote learning, he said.

J-1 visa holders typically are foreign students who work three to six months here and are “quite important to the restaurant industry,” Somers said. H-2B visa holders are more likely to work as landscapers or in hotels, he said.

Employers are trying to figure out what this summer’s tourism season and workforce will look like with COVID-19 vaccinations likely stretching into the summer.

“The challenge, and folks are wrestling right now with, is what does the summer look like,” Somers said. “Are we going to be back to full capacity by summer?”

Allowing foreign workers into the United States would “be a big help for a lot of the North Country,” he said.

The North Country faces several challenges to luring potential younger workers, according to Will Stewart, executive director of Stay Work Play NH, which focuses on retaining and attracting younger workers to New Hampshire.

Those include “less population density, fewer jobs (and opportunities to build a career in many fields) that offer living wages, less broadband availability, fewer public transportation options,” Stewart said in an email.

“While housing is cheaper up north, it can be less affordable than similar options farther south, as jobs in the North Country are fewer and wages can be significantly lower than they are in southern New Hampshire,” Stewart said.

“The cost of living in the North Country is exacerbated for young Granite Staters who struggle with some of the highest average student debt burdens in the country,” Stewart said.

“Municipalities can start by focusing on allowing and incentivizing housing options that are more affordable to young people who make less money in general and are often saddled with student debt,” Stewart said. “Towns should also focus on increasing broadband. This will better enable remote work. Also, for many young people a lack of reliable, high speed internet is a deal-breaker when it comes to deciding where to live.”

“On the private sector side, in addition to offering living wages, employers who want to attract and retain young employees might consider offering a student debt repayment benefit,” Stewart said.

The Conway area isn’t alone in grappling with worker shortages.

“The last two or three years, it’s been incredibly difficult,” he said. “We’re all competing against each other for the same skill sets.”

Asked what those were, Manning said: “Some of the basic skill sets, like showing up on time, having a good work ethic.”

School superintendent Kevin Richard found out how difficult the housing market was in the tourist-driven Conway area when several new teachers he hired last summer didn’t teach a single day of class.

Littleton: This town is anything but little

Kevin Smith wanted to leave Massachusetts and an IT security job that made him miserable and escape to the mountains for “a simpler life.”