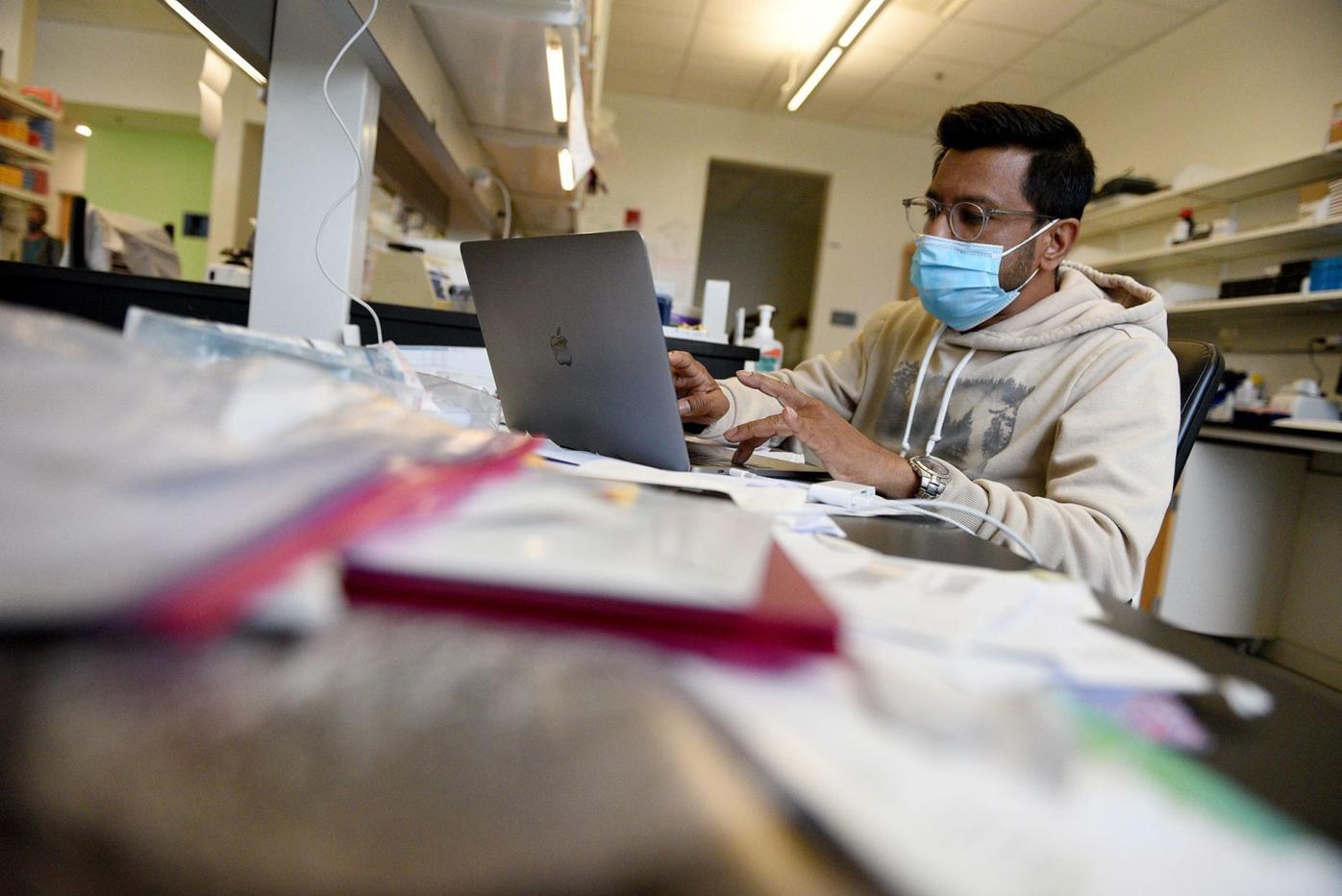 Scientist Surajit Dhara works on a research project at Norris Cotton Cancer Center in Lebanon. The center’s director says a lack of affordable housing is “the single biggest impediment” to its progress in curing and preventing cancer. 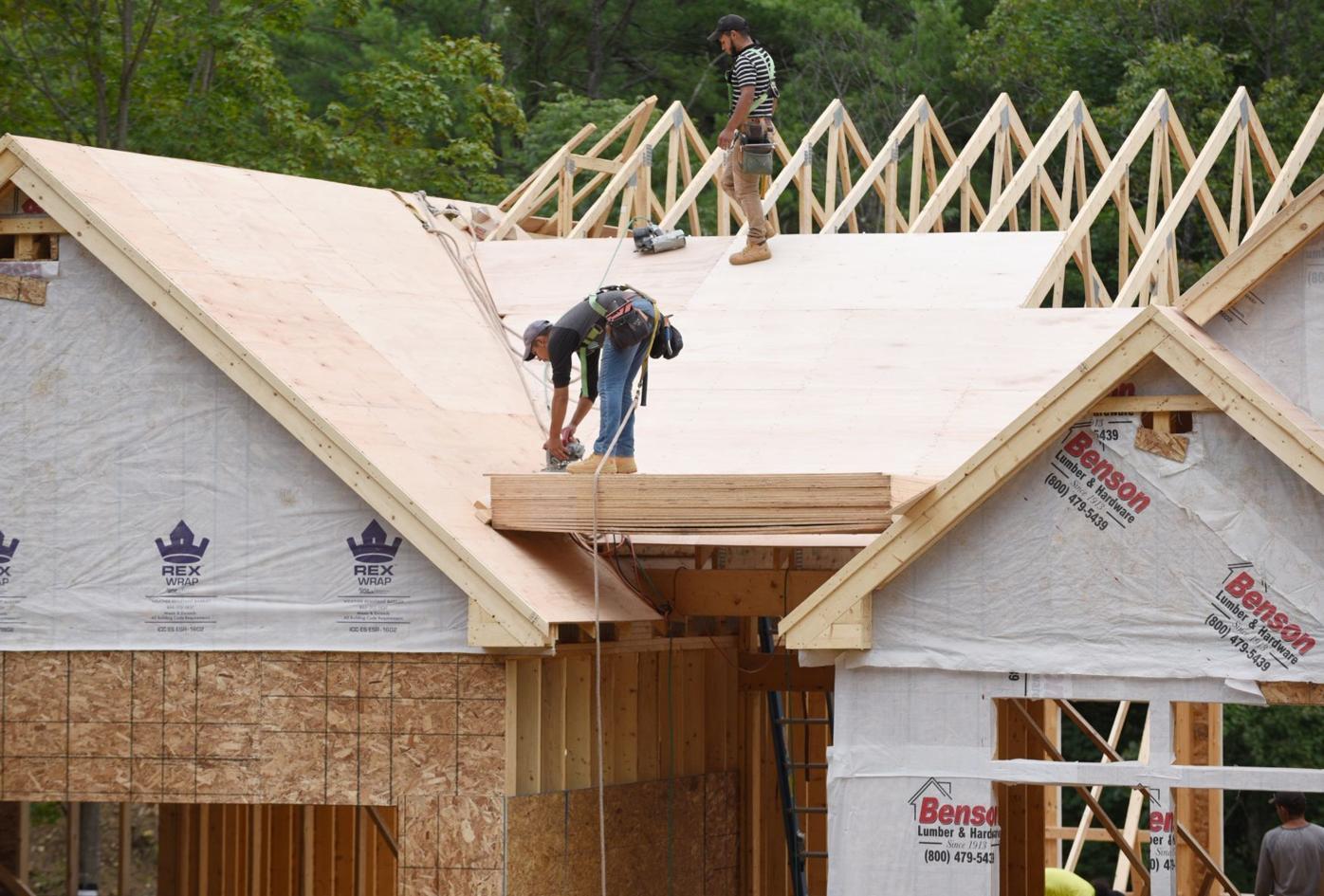 New home building hasn’t kept up with the demand for housing in New Hampshire in general, and in the Upper Valley in particular.

LEBANON — Add this to the list of things the state’s affordable housing shortage is crimping:

“The single biggest impediment to us growing our attempts to find the next great way to prevent or cure cancer here in the Upper Valley is the lack of affordable housing,” said Dr. Steven Leach, director of the Norris Cotton Cancer Center.

“It’s very difficult, for instance, for a young Ph.D. researcher with a young family to find a place to live, an affordable place, to live in the Upper Valley,” Leach said in a recent interview, “and it’s something both our college and our health system leadership, I know, are actively addressing.”

More than 15,000 people commute to work in Lebanon.

As housing prices rise, more people are turning to social service groups for help with food and utilities.

“Folks we’re seeing, most have jobs but can’t afford the cost of living in this area, so they can’t make ends meet,” said Kyle Fisher, executive director of Listen Community Services in Lebanon.

“A lack of affordable housing has created a lack of workforce, and that’s one of the biggest things that could stifle the local economy,” said Fisher, whose organization serves 25 communities, including 11 in New Hampshire.

Even with 1,400 new housing units approved or under construction in Lebanon, the region needs another 2,000 to 4,000 to be built, according to Lebanon City Manager Shaun Mulholland.

“All of our employers say the same thing: ‘We don’t have enough workers, and/or workers have to commute great distances, because housing is so expensive,’ ” Mulholland said.

A recent check of homes on the market showed only nine homes listed for sale in Lebanon, eight in Claremont and six in Hanover, according to Dave Cummings, director of communications for the New Hampshire Realtors.

“It certainly shows a dramatic lack of inventory,” he said.

Shenia Covey, a Realtor with CG Shepherd Realty in Grantham and president of the Upper Valley Board of Realtors, sees 20 to 30 potential buyers at some open houses. Nearly every home goes for asking price or above.

Some buyers are coming from other New England states to buy second homes.

“Then the others coming to the area are professionals working at DHMC, Dartmouth College and Hypertherm,” Covey said.

“So many towns are enforcing their strict zoning ordinances and things like that and not allowing new construction in the area, new buildings for apartments, and people need housing,” Covey said.

Available apartments also are in shorter supply, with people staying longer because they can’t afford a new home. And more homeowners are using places they might previously have rented to work remotely instead, she said.

Those communities, however, saw smaller increases in the median price than the statewide 15.5% rise for the year ending April 30, compared to the previous 12 months. Hanover rose 8.1%, Claremont 7.1% and Lebanon 1.4%.

“We draw the young people here through new jobs at the hospital or education at the college and they can’t stay here,” said Meghan Butts, executive director of the Upper Valley Lake Sunapee Regional Planning Commission.

Availability, type and price all hamper efforts to find suitable housing, she said.

The commission is focusing on housing, suggesting among other things eliminating regulatory barriers and streamlining the process to build more units.

“Hopefully more housing is going up, and not just in Lebanon,” Butts said. “Lebanon can’t take all that burden. Although a lot of people are traveling to Lebanon, there’s a lot of other places people are going to.”

And it all starts with 'Dartmouth': Brains, talent, investors key ingredients in Upper Valley success

The robust Upper Valley economy, featuring the best-paid workers in the state, is blossoming, thanks to heavy reliance on institutions named Dartmouth.