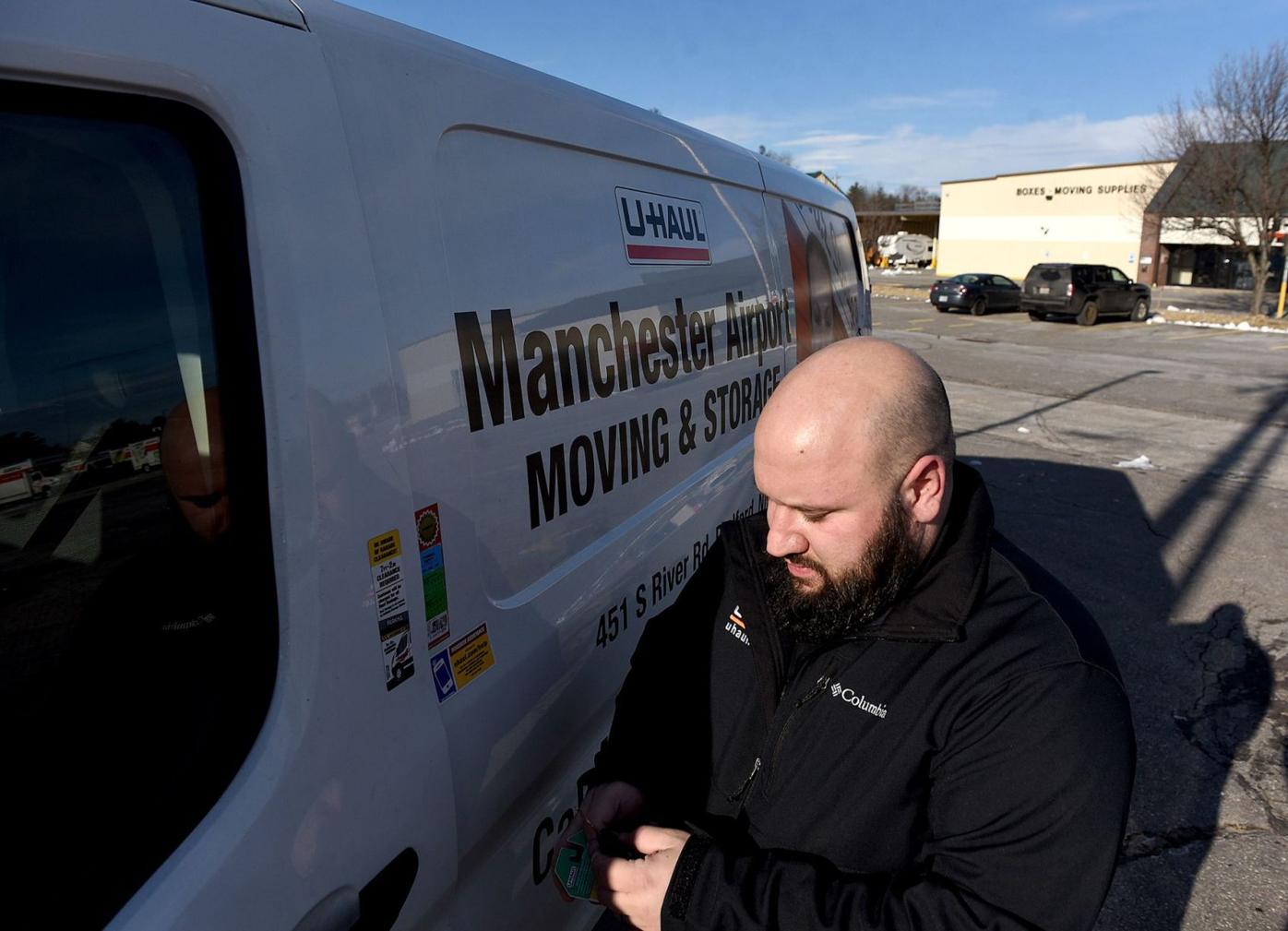 Brian Picanco, president of U-Haul New Hampshire, says he has seen an increase in the number of people moving from southern New Hampshire to northern parts of the state. “(They) want to live somewhere quieter,” he said. 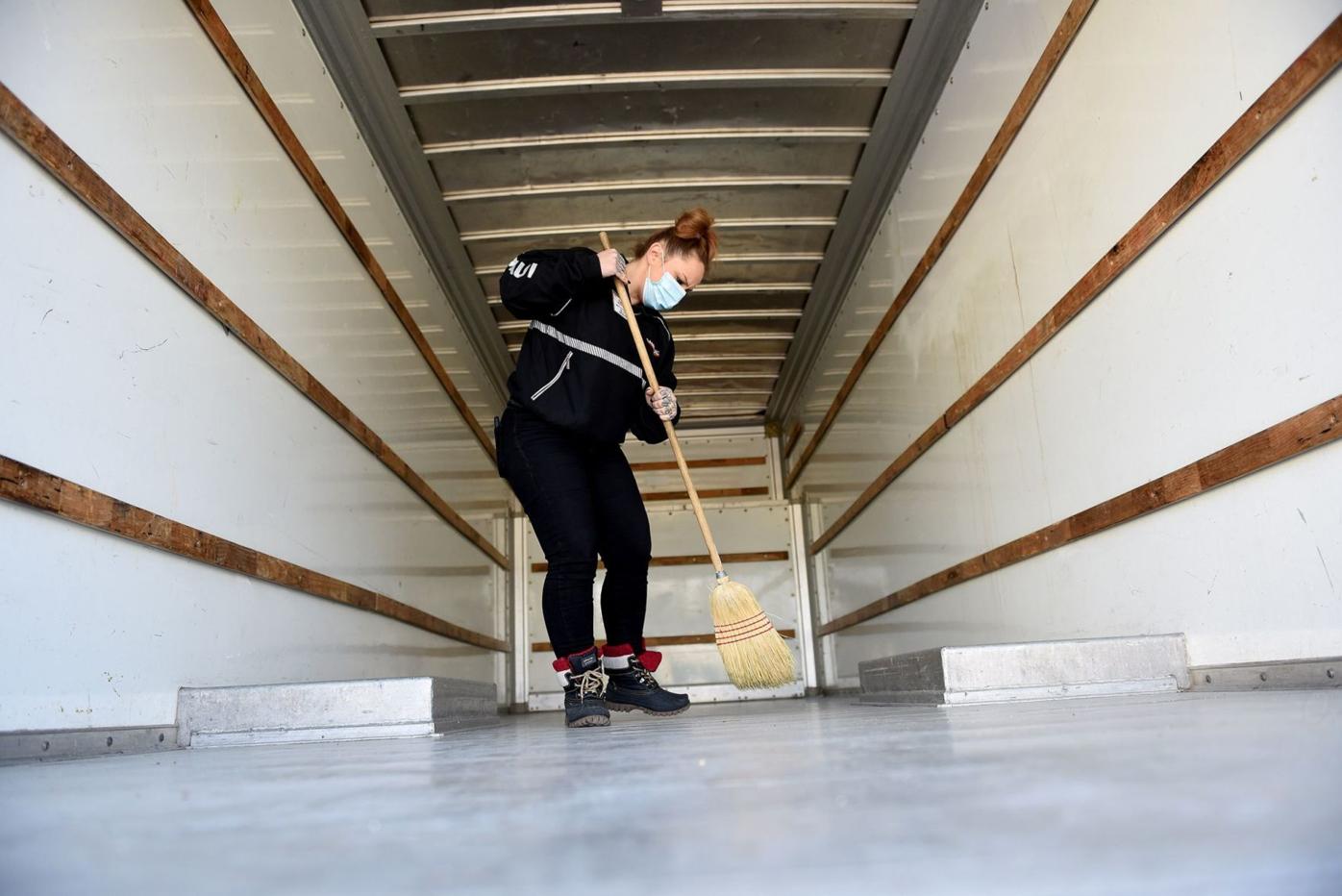 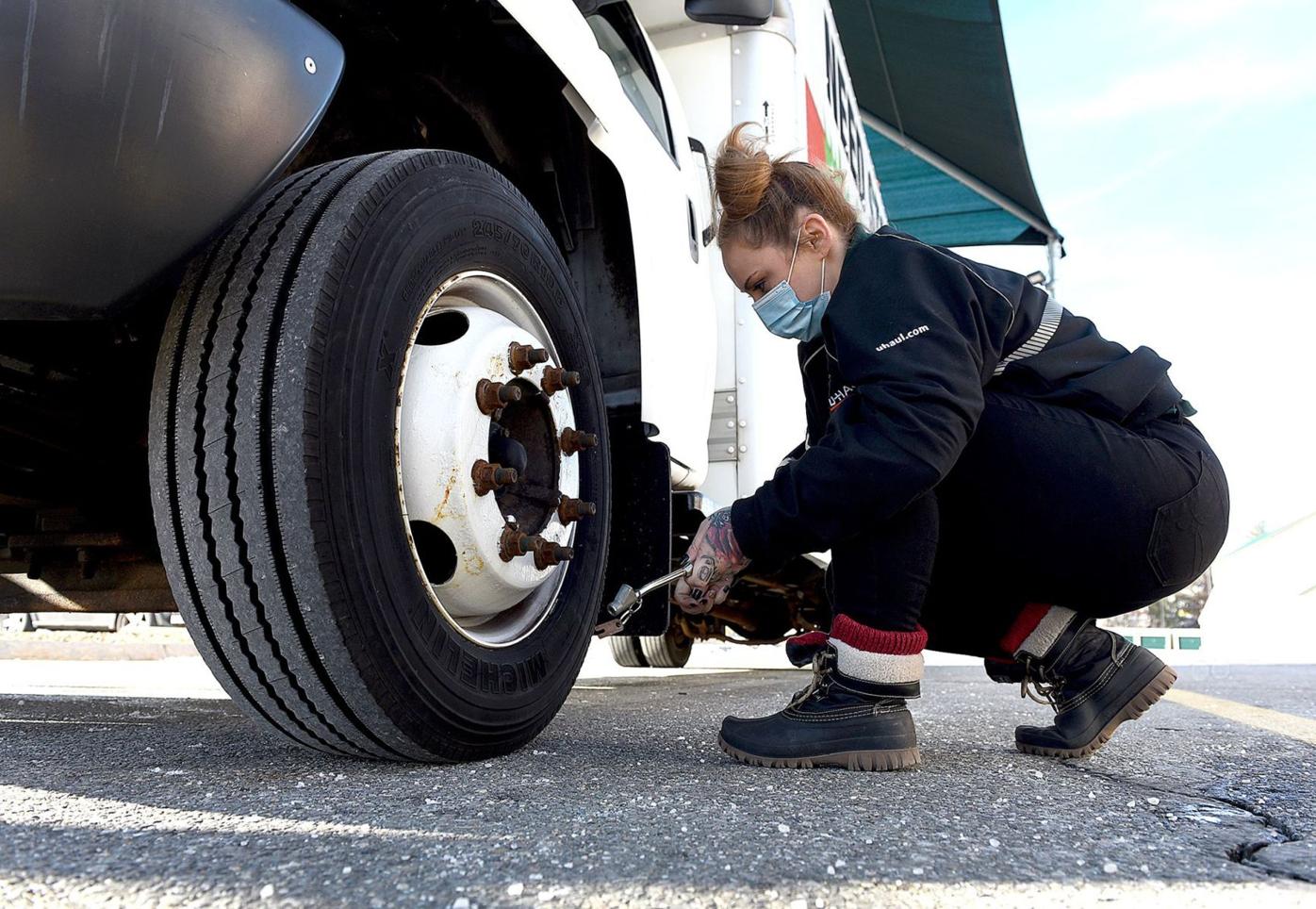 Brian Picanco, president of U-Haul New Hampshire, says he has seen an increase in the number of people moving from southern New Hampshire to northern parts of the state. “(They) want to live somewhere quieter,” he said.

Mom also popped up on Thorpe’s Zoom calls more than once.

Thorpe was living in the San Francisco Bay area when she started a new remote job with CVS Health in April. She moved to Milford in July, soon renting an office for more privacy.

She recently relocated 40 minutes south to Massachusetts, giving her a two-hour roundtrip commute to her office in Rhode Island when necessary — for a job where she has never met her co-workers in person.

“If the expectation in six months is I go to the office two days a month, I could have moved to Greenville, (N.H.),” where other family members lived, said Thorpe, 47, who said the pandemic sped up her plans to depart California.

She doesn’t rule out moving back to New Hampshire if given enough work flexibility.

The coronavirus pandemic has caused many people to shift work from office to home, resulting in large numbers relocating to new communities.

A record number of people purchased homes in the Granite State during 2020: 18,449 homes sold at the highest yearly median price of $335,000 statewide, according to fresh figures from the New Hampshire Association of Realtors.

TD Bank, one of the biggest banks operating in New Hampshire, saw more mortgage applications from people outside New Hampshire in 2020, according to Sheryl McQuade, the bank’s regional president for northern New England. The Seacoast is a popular destination, she said.

“It’s generally people who are buying sort of primary residences and relocating perhaps from a Manhattan apartment or some other very metropolitan city: Philly, D.C.,” McQuade said in a phone interview Friday.

“What we’re hearing is it’s really a demand for additional living space and green space,” said McQuade, who in recent months won her own bidding war for a house in New Castle.

She expects remote working to provide flexible living arrangements beyond the pandemic. Rather than require recent college graduates to move to Boston, New York or Chicago, “they can find those opportunities and stay right here in New Hampshire,” McQuade said.

An expert on domestic migration said it may be too early to say how long remote working could last.

“There is certainly anecdotal evidence of people moving to New Hampshire in response to the pandemic, but whether these short-term migrants will remain here will depend on many factors, including what the corporations do about allowing increased remote work,” said Ken Johnson, senior demographer at the Carsey School of Public Policy at the University of New Hampshire.

Of Atlas customers who crossed the New Hampshire border, 61% were moving in while 39% were leaving. Both United Van Lines (51.8%) and U-Haul (50.8%) showed slightly more customers moving here than moving out.

Remote workers “are moving more because they want to go where they want to live,” said Brian Picanco, U-Haul’s president for New Hampshire. “Instead of having to live in a major metropolitan area, they’re going to maybe move to a more rural area or a place that’s quieter.”

There was plenty of movement within the state as well.

New Hampshire saw the highest growth in home prices east of the Mississippi River for July through September of 2020, compared with the same period the previous year, according to a state official. That growth — almost 10% — ranked seventh nationally.

“Adding to these (upward price) pressures appears to be an increase in movement by individuals and families away from more densely populated urban areas and to less densely populated regions in response to concerns over the coronavirus and facilitated by the rise in remote work arrangements,” wrote Brian Gottlob, director of the state’s Economic and Labor Market Information Bureau, in a weekly newsletter.

In the United Van Lines demographics, around 40% of clients moving out of New Hampshire cited jobs as the top reason for leaving. For inbound movers, family (37%) beat out jobs (29%).

Johnson, whose research gave the same top two reasons for moving to or staying in New Hampshire among more recent arrivals, cautioned not to read too much into the moving companies’ stats, since they represent a small share of the overall moves.

Johnson said the United data is based on a total of 600 moves to/from New Hampshire, perhaps 2,400 people if you assume four people per move. Census data reports that 50,000 people moved into New Hampshire from other states, and 42,000 moved out during 2019.

Atlas data was for 401 New Hampshire-related moves. U-Haul wouldn’t give a state breakdown.

Johnson said users of United Van Lines, for example, would almost certainly be higher income, older and more likely to be family households than other movers.

“My research using detailed Census data that is representative of the population has shown a modest net migration gain to the state in each of the past several years from domestic migration,” Johnson said. “The United Van data shows a similar trend.”

Gottlob said home appreciation nationwide wasn’t significantly related to job growth and that COVID-19 cases per 1,000 residents also was not a significant predictor of rising prices in his analysis.

“A cursory review of the states with the highest price appreciation over the past year suggests that there may be a perception that these states offer lower risk living because many have vibrant lower density regions and communities,” Gottlob wrote in a weekly newsletter.

Kristin Hardwick, co-founder of the Coworking House in Milford, said membership numbers grew in 2020, but people spent less time there since the pandemic.

She has clients, including Thorpe, who left major metropolitan areas for New Hampshire, but not everybody wants to — or can — relocate. Some use her shared workspaces for more powerful high-speed internet.