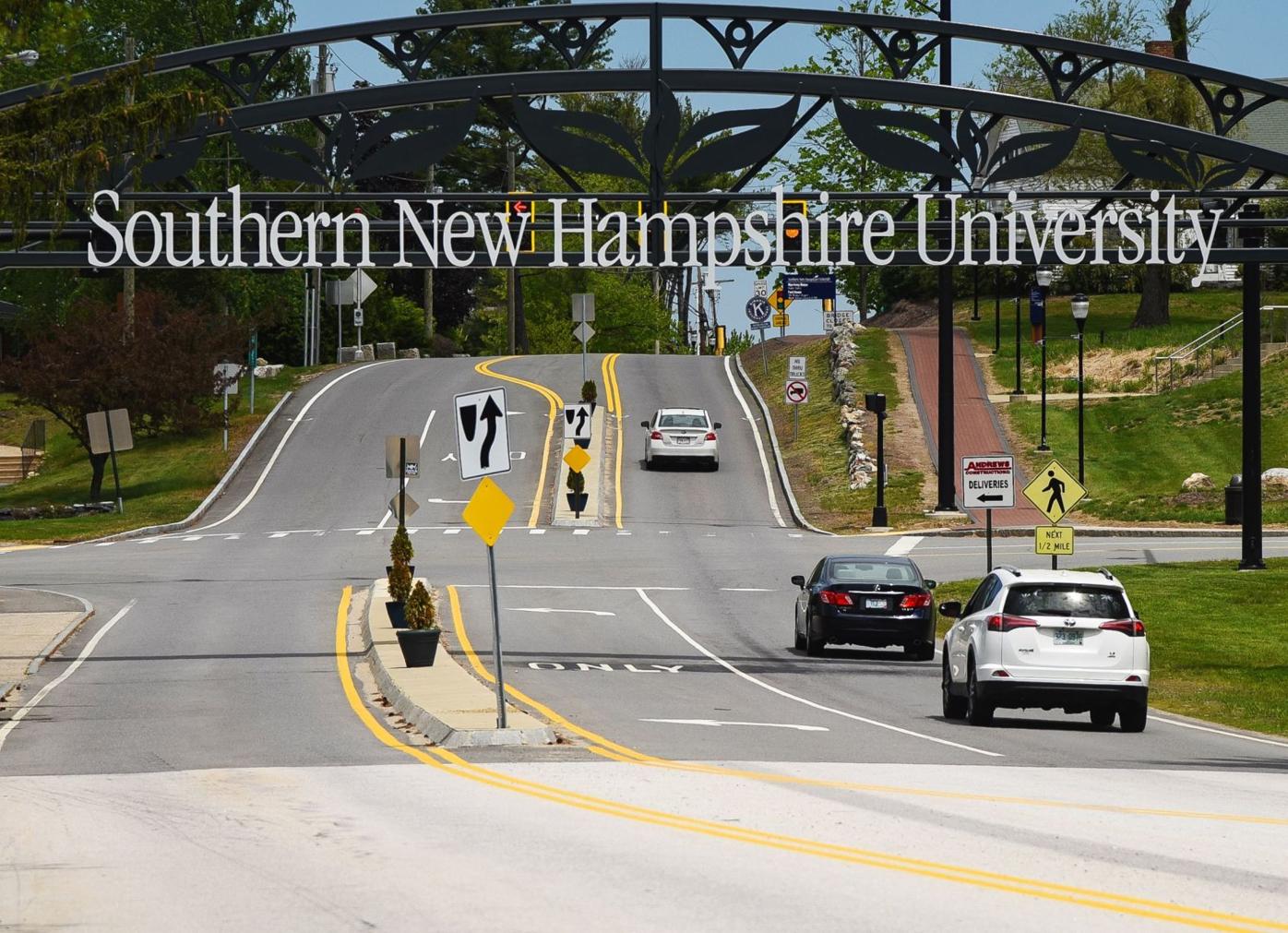 Southern New Hampshire University's online learning enrollment spiked by more than 30% for its June term, while its incoming fall first-year class for campus will be its largest ever, fueled by free tuition the first year.

Summer brought a surge of students taking more classes than normal in an effort to complete their schooling sooner.

And fall features fewer students at least initially signing up for classes as they wait for more clarity on the economy and on their own lives.

“There’s a lot of unknowns in the workforce,” college president Alfred Williams said by phone recently. “The adult population may be unsure what direction to go in their career.”

The coronavirus pandemic and the economic fallout from government-ordered closures in March triggered record unemployment and uncertain job prospects.

A sinking economy often drives more people to sign up for college classes to get a degree or certificate for a new profession, according to Mark Rubinstein, president of Granite State College, part of the University System of New Hampshire.

That’s certainly the case at Southern New Hampshire University. As previously reported, online learning enrollment spiked by more than 30% for its June term while its incoming fall first-year class for campus will be its largest ever, fueled by free tuition the first year.

About a decade ago, the Great Recession also produced a surge of college students.

Numbers from the Community College System of New Hampshire showed how total college credits grew by 40% over four years, peaking during the 2011-12 academic year. That recession officially started in December 2007, but New Hampshire didn’t see its highest weekly jobless claims during that economic downturn until January 2011.

This fall, enrollment is down so far at the community college system, which will offer face-to-face, hybrid and online instruction.

“We expect students are still assessing where they are in terms of jobs, resources, the K-12 situation for students who have children in the school system, and what the colleges themselves are planning,” said system spokeswoman Shannon Reid.

“Regular summer term enrollment is down about 5 percent, not bad considering all the uncertainty and disruption in typical patterns of life this summer,” Reid said.

Laconia economist Russ Thibeault said the extra $600 a week in unemployment payments has given people more time to think about their future.

“I think that a year from now, we’re going to be in a different situation, but I think there is definitely a reluctance on the part of many families as well as an issue of finances,” Baia said.

Even for more affordable community colleges, “it’s still a challenge for people who have lost their jobs or are trying to figure out what I don’t know: What the next couple of months are going to look like,” Baia said.

“Some of them are receiving unemployment,” Baia said, while some are asking themselves: “How can I get working before I go back to school?”

SNHU saw online enrollment soar by more than 30% during its undergrad and graduate June term compared to a year earlier. The school previously announced it was hiring 200 full-time employees to handle the influx of new online students.

“For online, during the 2008 recession, we saw similar trends of online enrollment skyrocketing – many furloughed or unemployed Americans decided to go back to school to finish a degree or to get an advanced degree to set themselves apart in the job market once it rebounded,’” said Lauren Keane, associate vice president of communications at SNHU.

“Furloughed employees have more time to pursue a degree, and other students who are working from home have more time to dedicate to school work since they aren’t commuting,” she said. “We have also seen an uptick in interest of students wanting to pursue advanced degrees. Between layoffs and the disappointment of learning their roles weren’t essential, many new learners want the competitive edge of a master’s when re-entering the job market.”

At Granite State College in Concord, Rubinstein saw a 25% drop in enrollment in nursing for the spring semester, which started in April.

Many nursing students already work “on the front line of health care” and were studying to earn a higher degree. They could have been working longer hours or have been furloughed from their jobs, preventing them from enrolling in classes, he said.

The school saw 150 to 180 fewer students than expected enroll for the spring semester.

“We are still trying to figure it out if she’s going or not. This is coming from someone who works from this field,” she said recently. “There are just so many uncertainties that making a final decision that is going to impact your family in multiple ways is very difficult.”

Working in NH not always tax-free

Working across the border can be taxing.

Even before the coronavirus pandemic hit, many workers were looking to get new or improved skills to better their career paths.

Evictions and rents are climbing; COVID-19 protections lifted in NH