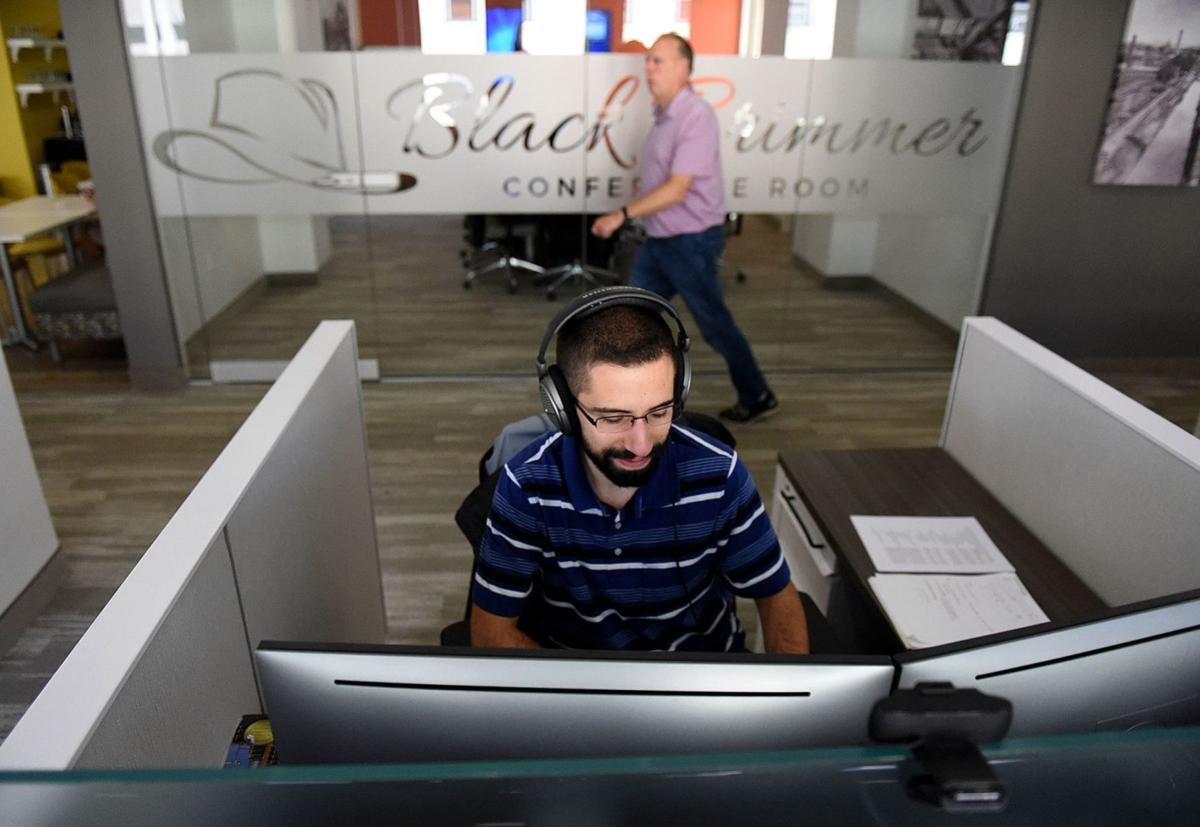 Special Projects Manager Robert Vida, who works for an engineering firm on the South Shore of Massachusetts, works at a space he rents at WBC Office Suites in Manchester last week. 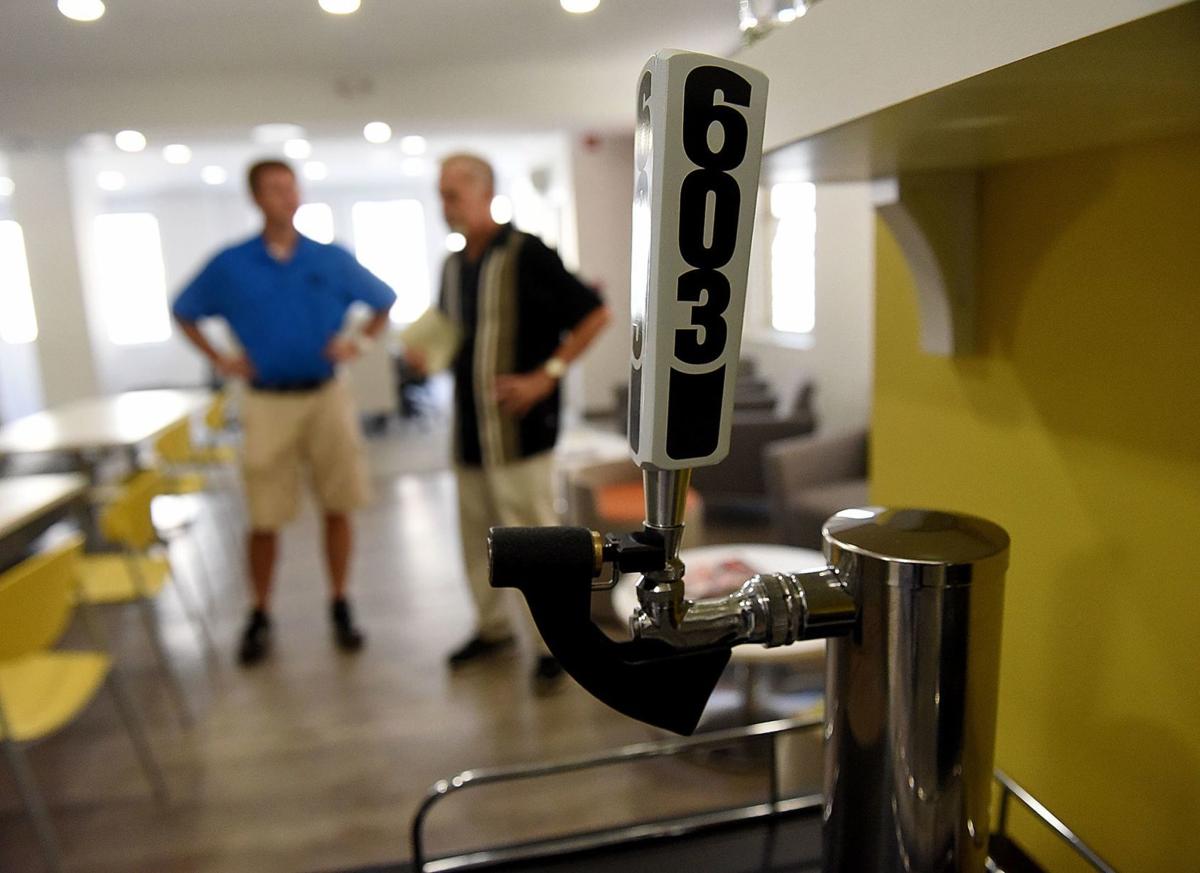 WBC Office Suites offers amenities including beer on tap above the former site of The Black Brimmer in Manchester. 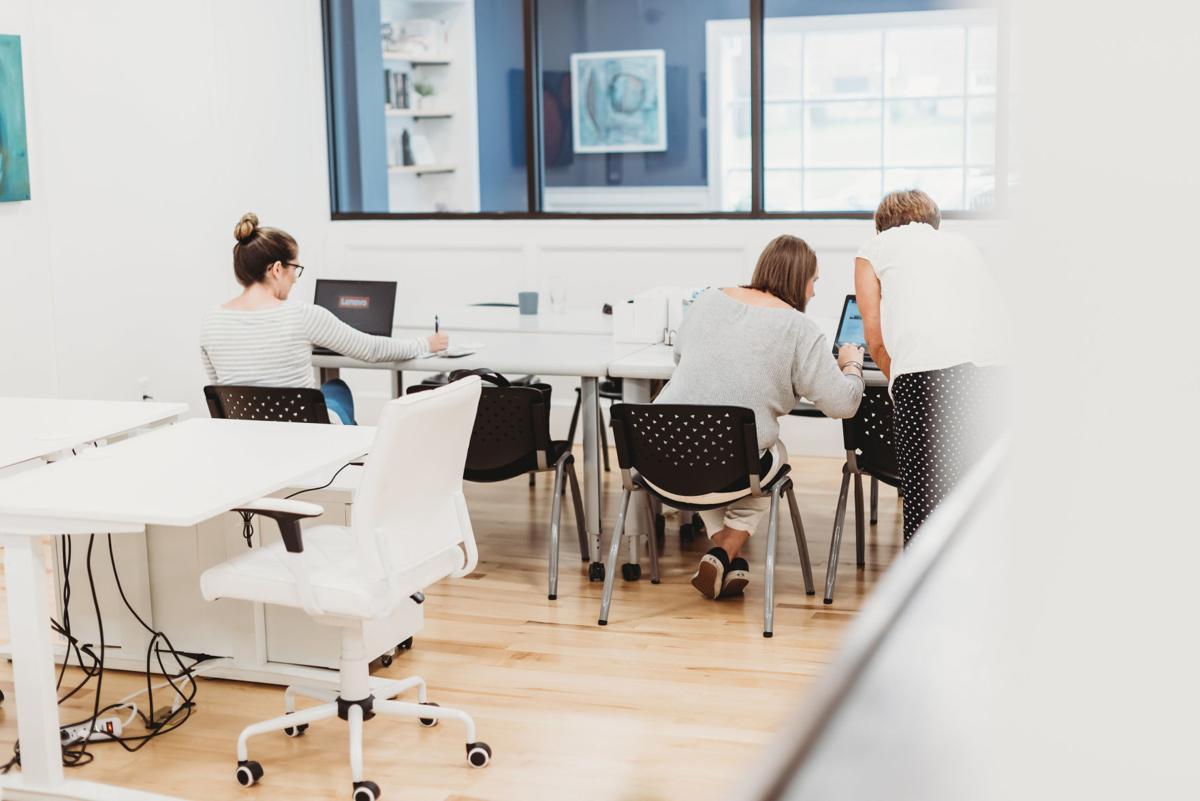 At work in the shared space at Coworking House in Milford are, from left, Kaitey Morgan, co-founder Kristin Hardwick, and Sandy Demarest. 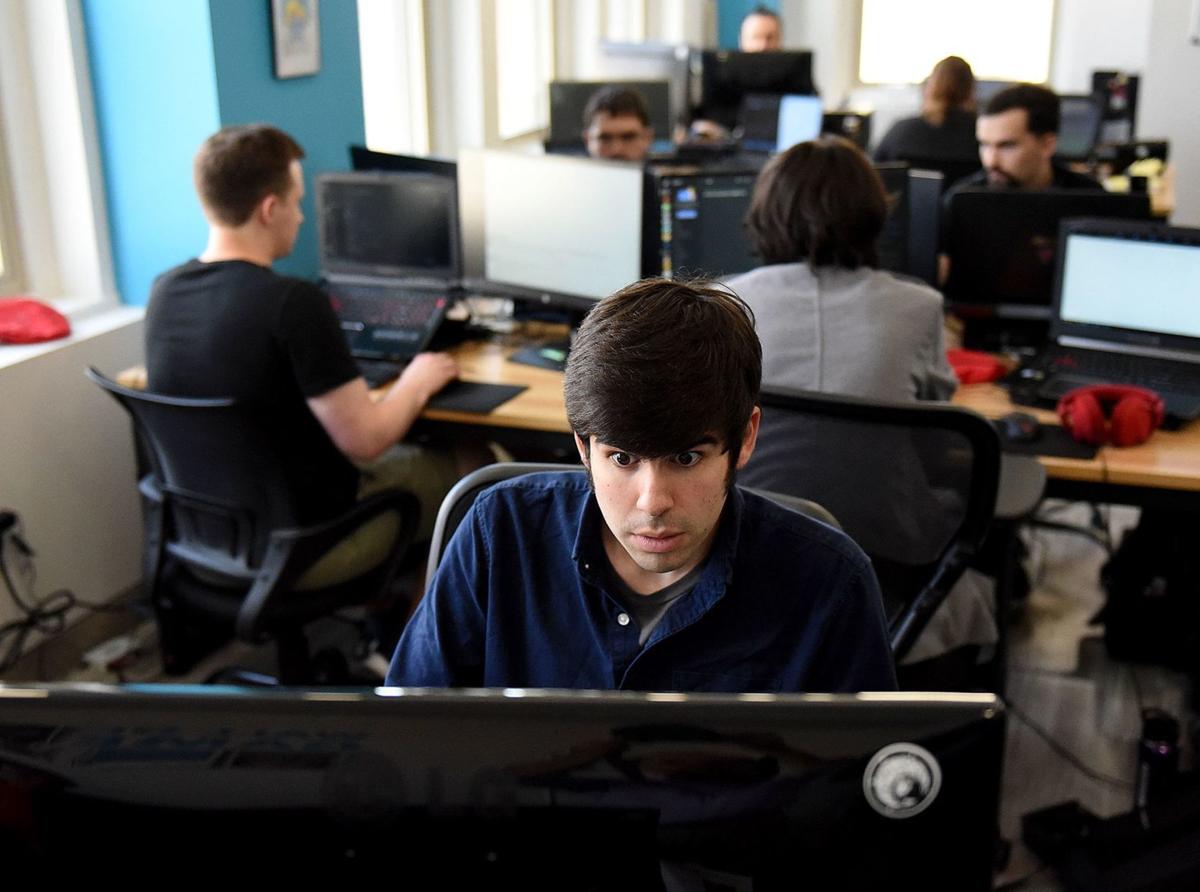 Managing Director Neal Laurenza of Skymap Games and his team behind him work at his space at WBC Office Suites in Manchester last week. 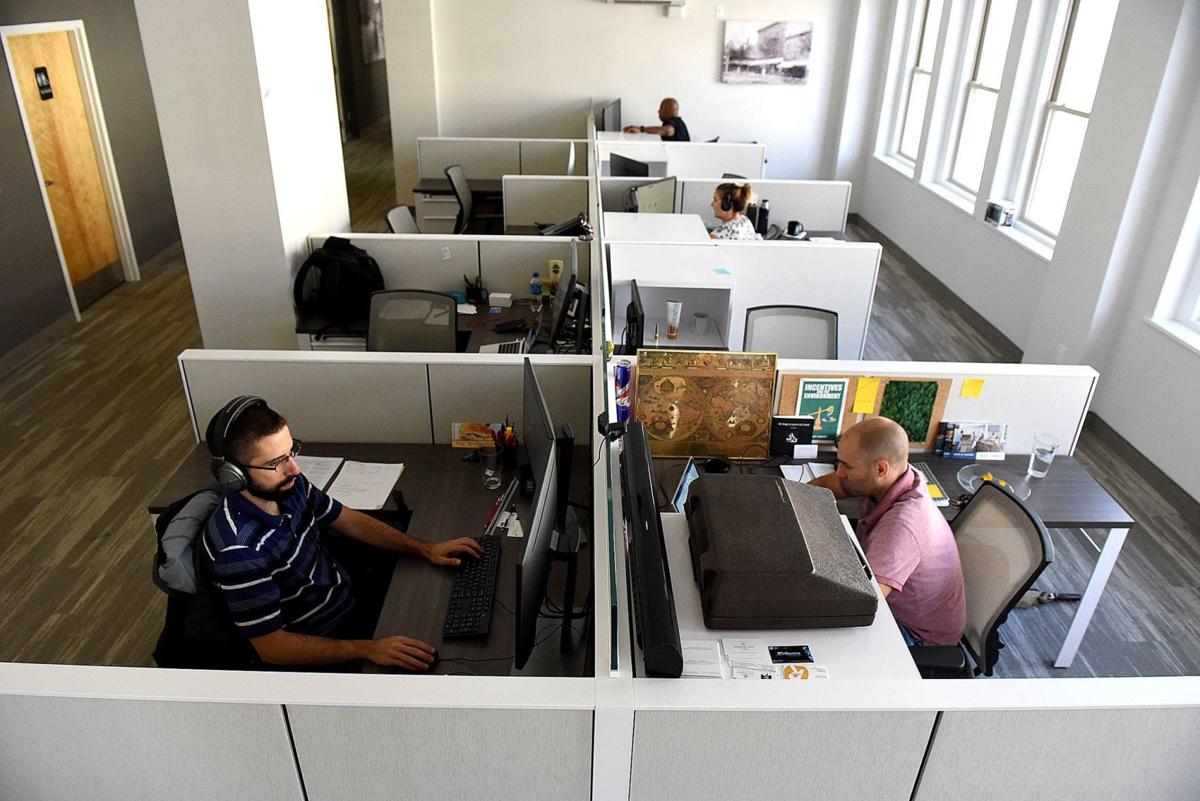 MILFORD — When Jessica Principe struggled to finalize the design for a product label, a man working nearby heard her problem and offered to help.

“In 20 minutes, he designed the label, and I had it and I was ready to send it off to the printer,” Principe recalled last week. “He saved my life.”

Not every day is as dramatic as that at Coworking House, a place where people can rent space by the day or month with all the WiFi you need and all the the coffee you can drink.

“I find I work a lot better in this environment than with distractions back home,” said Principe, founder of the All Girl Shave Club. “I’m pretty much here all the time.”

At a time of increasing rents in many parts, the co-worker concept is spreading in New Hampshire — and around the world.

The coworking concept offers several price points to rent shared or dedicated desks as well as how often you visit. Several even have dedicated “podcast rooms” that are soundproof to make podcasts or videos.

Milford client Mark Calderan suffers from bad high-speed internet and virtually no cellphone reception at his Mason home, so the business consultant checked out the co-sharing space, paying $99 a month for five visits.

Not everybody offering co-working space in New Hampshire has hit a homerun yet.

Cullen said his bookings were “not as blazing as you think.”

“People have to kind of catch on to this idea because it’s kind of a new concept, and it’s been a little bit slower than we anticipated at first,” she said, noting interest is picking up.

More co-working space is planned in a mixed-use development at 409 Elm St., across from Market Basket. An abuttor is holding up that project in court, she said.

At WBC Office Suites, Cullen operates two floors of coworking space with much of one floor divided into dedicated office space he rents out. He hopes to become profitable by year’s end.

Robert Vida of Manchester rents a dedicated desk for $250 a month. He works there four days a week and drives to his engineering company in Braintree, Mass., on Mondays.

When he worked at home, he would think about house projects he could be doing.

“I’d go make lunch, and it takes longer to do things,” said Vida, working in shorts and a polo shirt.

Londonderry will soon get a new co-work space.

Anthony Licciardi, who also works at a financial planning firm, said he hopes to open Work Hub Suites on Gilcreast Road by mid-October. He is a member of coworking spaces in Burlington and North Andover in Massachusetts, where he meets clients.

Such dedicated space is “convenient (and has) everything there you need,” such as WiFi and printers, he said.

“Technology is going to be top notch” at his location, Licciardi said.

Coworking House, which opened in July, was funded partly by a crowd-sourcing campaign that raised $11,000 in exchange for memberships, and also was designed “to prove there was a market for this,” said Kristin Hardwick, who co-founded the business with Holly Bly.

“It meant we opened the doors with an exciting membership base,” Hardwick said.

Hardwick said she isn’t competing against other co-working offerings.

“Our biggest competitor are people’s home offices,” she said. “It is isolated and lonely to work at home.”

In a year when people get hired and sometimes don’t show up on their first day, Sheila Chittum looked to hire at least three part-time workers at the local Windrifter Resort.