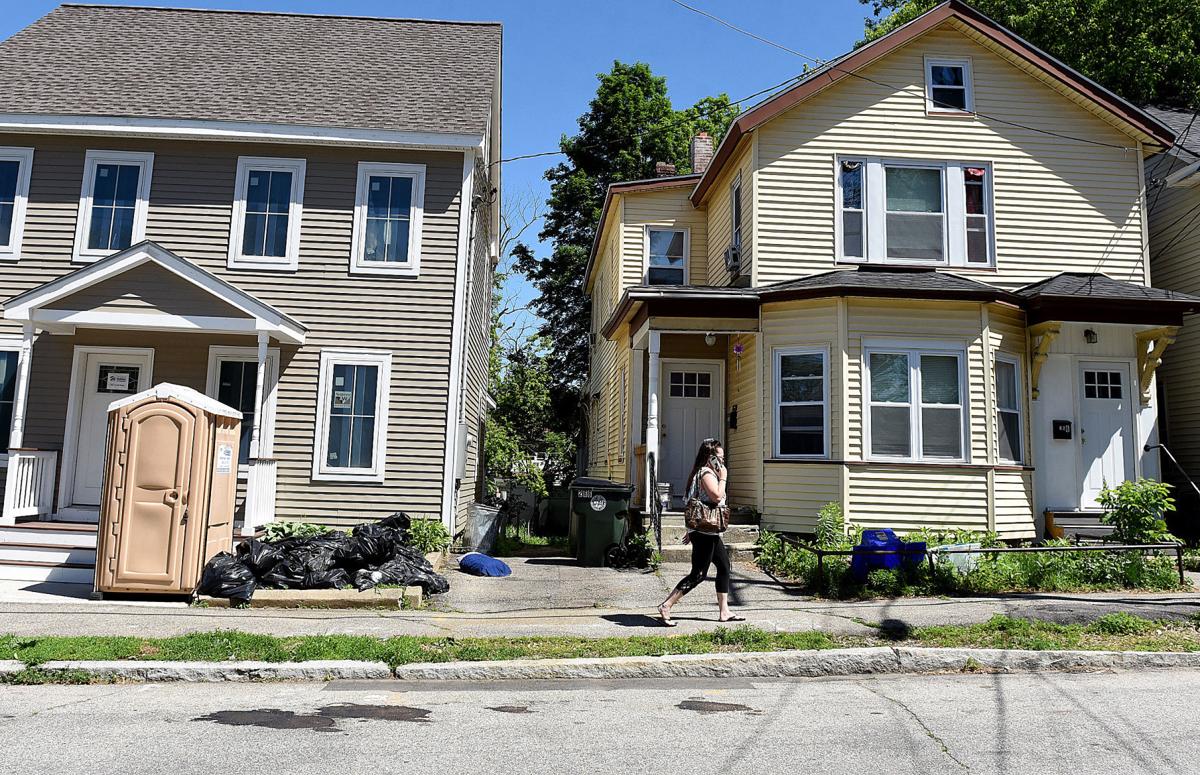 The driveway between these two houses is part of a dispute between the former owner of 266 Lowell St. and the city of Manchester.

One of the narratives that always makes for a good crime tale is the obsessed cop.

Like deputy marshal Samuel Gerard in “The Fugitive.” Or Inspector Javert, who pursued Jean Valjean across decades in “Les Miserables.”

Add to that list – if you believe former Manchester resident Michael Dillon – city code enforcer James Tierney and the city of Manchester.

In a lawsuit filed about a year ago, Dillon accused Tierney and the city of malicious prosecution. Twice over a 10-year period, Tierney ticketed Dillon for parking in his own Lowell Street driveway, claiming his driveway was illegal.

When a judge acquitted Dillon in 2007, that should have settled the matter, the lawsuit said. But 10 years later, Tierney wrote out another ticket.

Was the second ticket a sign of a Javert-like obsession?

“I don’t want to speculate right now,” Dillon said in an interview at his lawyer’s office. “However, I will say as it turns out the city didn’t let this go.”

Tierney said Manchester has hired an outside law firm to represent both him and the city. Once a lawsuit is filed, the city usually won’t discuss details. Sometimes lawyers won’t even comment.

It’s located in the Janesville neighborhood, which is just east of Manchester High School Central. One of the oldest neighborhoods in the city, Janesville is made up of small multifamily buildings built on tiny lots.

North End flower gardens are bigger than most Janesville front yards. For example, Dillon’s two-family sits on a lot of about 0.1 acres in size.

The neighborhood has its fair share of crime. And there are parking problems. A lot of houses don’t have driveways. The streets are narrow. And, Central kids practice their newfound parallel-parking skills by parking in front of driveways and running off to class.

The driveway next to Dillon’s old house is squeezed between his house and the adjoining property to the west. At 8 feet by 12 feet, the driveway is barely long enough for a car.

After winning the 2007 case, things went along fine for 10 years. At one point, the city put up some no parking signs to discourage Central kids from blocking Dillon’s driveway.

But in 2017, Habitat for Humanity started working on the house adjacent to the driveway. Worker volunteers came and went, and Dillon said he initially had no problem with the Habitat project.

But Habitat associates (the lawsuit refers to them as “unknown defendants”) started blocking his driveway. Machinery ran all hours of the day. Construction material fell onto Dillon’s pickup truck. At one point, someone working at the Habitat house padlocked scaffolding to Dillon’s house, he says.

In May, Dillon asked the city and police to start writing tickets when cars blocked his driveway. Habitat’s former executive director was on site when she got on her phone and started gesticulating toward his house, Dillon said.

“I don’t know who she’s calling, but two hours later Tierney’s standing on my driveway handing me a ticket,” Dillon said.

Dillon also sued Habitat for Humanity, which settled the lawsuit. Dillon and his lawyer, Stephen T. Martin, said they can’t discuss the settlement.

I left telephone calls and sent emails to Michael Courtney, the executive director of Greater Manchester Habitat for Humanity. No answer.

As for the city lawsuit, lawyers are now preparing for a potential trial, trading documents back and forth and answering questions posed by both sides.

One interesting tidbit: A month after losing his case in 2007, Tierney wrote Highway Department officials about 266 Lowell St. “I am working on a case to have an illegal driveway removed” and asked them to remove signs to prohibit drivers from parking and blocking the driveway.

Dillon moved out in 2017, after losing the property for not paying taxes.

With him gone, the city took quick action. A curb is now at the end of the driveway, so anyone who wanted to use the driveway would need a raised pickup.

Dillon is no stranger to a courtroom. He went to court and tried, unsuccessfully, to block the city from taking his property for back taxes in 2017.

And in 2006, he sued the company that wrote his mortgage when it tried to foreclose. That prompted a five-year legal saga that ended when the U.S. Court of Appeals denied his appeal in the case.

Could this be the time he prevails?

In their initial response to the lawsuit, the city relied on defenses such as governmental immunity, municipal immunity and official immunity. In essence, those legal principles translate into “you can’t fight City Hall.” But Dillon is not letting up.

“One thing people know about me,” Dillon said, “is I’m a firm believer there’s a rule book everyone should follow. If a rule book exists, it exists for everybody.”