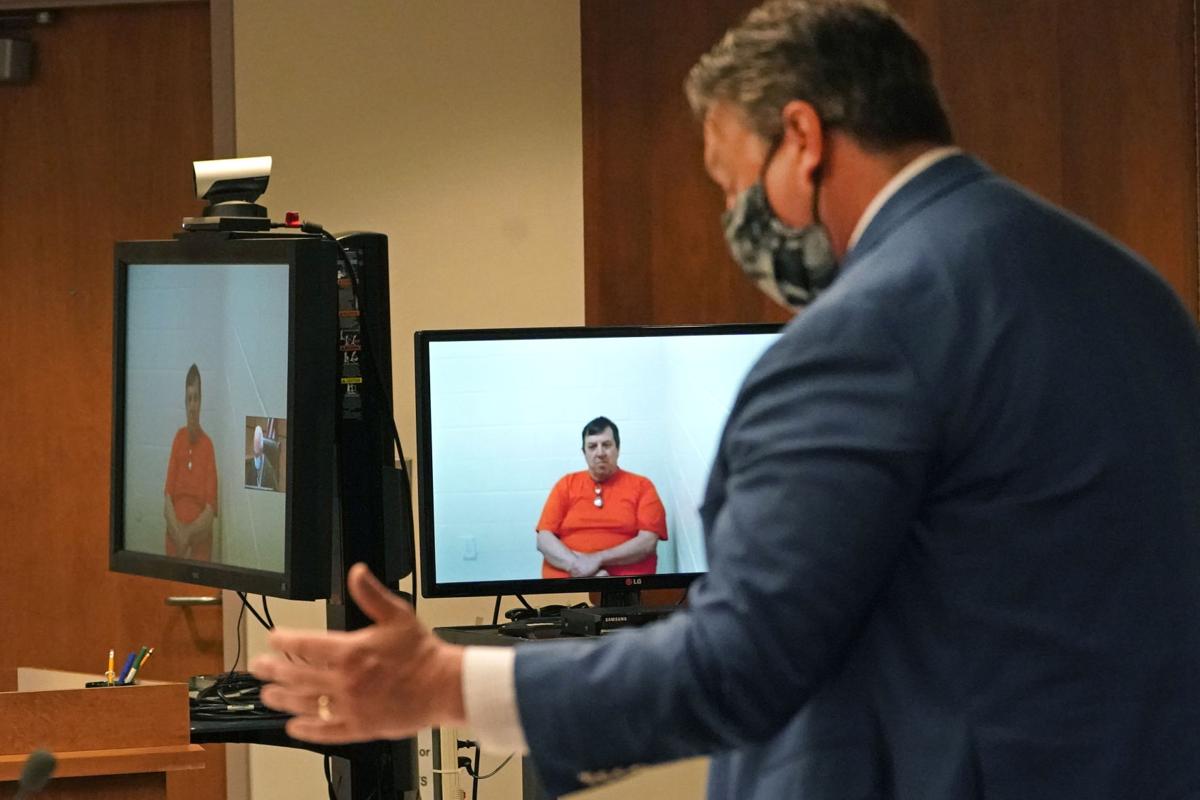 Auburn resident Lucien Poulette is arraigned via video in Manchester District Court on Thursday as his defense attorney, James Rosenberg, speaks to a judge. 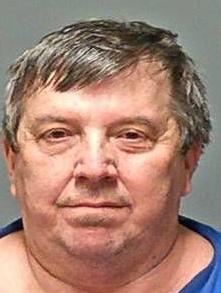 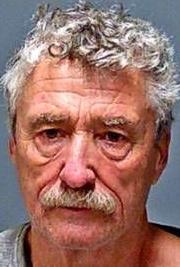 The six YDC employees charged with years-old sex crimes appeared Thursday before a Manchester District Court judge, while authorities announced the arrest in Florida of a seventh man in connection with the case.

Lawyers for three others requested hearings on Friday, hoping to win their release from jail before trial. And Manchester District Court Judge William Lyons pleaded with the sixth — Massachusetts resident Jeffrey Buskey, 54 — to hire a lawyer or apply for a court-appointed lawyer.

The jail-to-court video hearings took place the day after police arrested the six former employees of the Youth Development Center on sexual assault charges stemming from the 1990s. At least one has retired from the YDC, and the wife of at least one was in the courtroom, according to his lawyer.

Located in the North End of Manchester, YDC housed and rehabilitated juveniles accused of crimes and other children with behavioral problems. In the 2000s, it was rebuilt and rechristened the Sununu Youth Services Center.

The person with the largest number of charges, Auburn resident Lucien Poulette, 65, will be released if he can come up with $100,000 in cash or a bond. He faces 23 felony and 10 misdemeanor charges involving seven different YDC residents. He is the only one of the six to face allegations that stretch into the 2000s.

According to the Department of Health and Human Services, Poulette worked for the state for 32 years, leaving employment in 2015. That’s the year he was charged with abusing a YDC resident.

Allegations in the case stretch back to 1997 and involved a boy who was 15 at the time. Prosecutors eventually dropped the case, but the state paid out $20,000 to settle a civil case brought by the victim, according to information gathered by the Union Leader.

The victim had decided not to go ahead with the trial, former Hillsborough County Attorney Michael Conlon said two years ago.

At the time, Poulette denied the allegation and said the $20,000 payment was made to make the case go away.

The lawsuit prompted the criminal investigation, and the prosecutorial file in the case includes a poem written by the victim. It starts with the line: “The big bad wolf, with his big bad hand / The big bad wolf wants to touch me again.”

During a court hearing, Poulette’s lawyer, James Rosenberg, mentioned the 2015 case to bolster his client’s case for bail. The issues at bail are whether a defendant will show up for trial and if he poses a danger to the community. Poulette showed up for any hearing associated with the charge, Rosenberg said.

The lawyer said Poulette has a wife of 25 years and grown sons living in the state. He suffers from diabetes, high cholesterol and high blood pressure.

“He has no criminal record. He’s a 65-year-old medically-involved guy presumed innocent,” Rosenberg said. Lyons set the bail at $100,000 cash or bond.

During the hearings, Assistant Attorney General Joe Cherniske said the investigation had been going on since 2017, which is two years earlier than previously believed. In 2019, then Attorney General Gordon MacDonald formed a task force to investigate allegations connected to YDC and the Sununu Youth Services Center.

The arraignments in district court were a throwback to a previous, two-arraignment process that the state abandoned in the 2010s. They took place in district court because that was the process at the time of the alleged crimes, according to the Attorney General’s Office.

Lyons said he couldn’t allow the defendants to plead guilty or not guilty, and reporters could only listen via telephone because of COVID-19 precautions. Some defense lawyers complained they had not been able to speak to their clients before the hearing.

Bucking the recommendation of a House committee, a key state official said it is unrealistic to defund the Sununu Youth Service Center without…

Three of the seven men who have been charged with abusing teenagers the Manchester Youth Development Center appeared in court Friday, where a …

A judge is being asked to reconsider his decision to keep sealed parts of an affidavit describing an investigation of a 2012 car chase that led to the arrest of a Salem police sergeant.