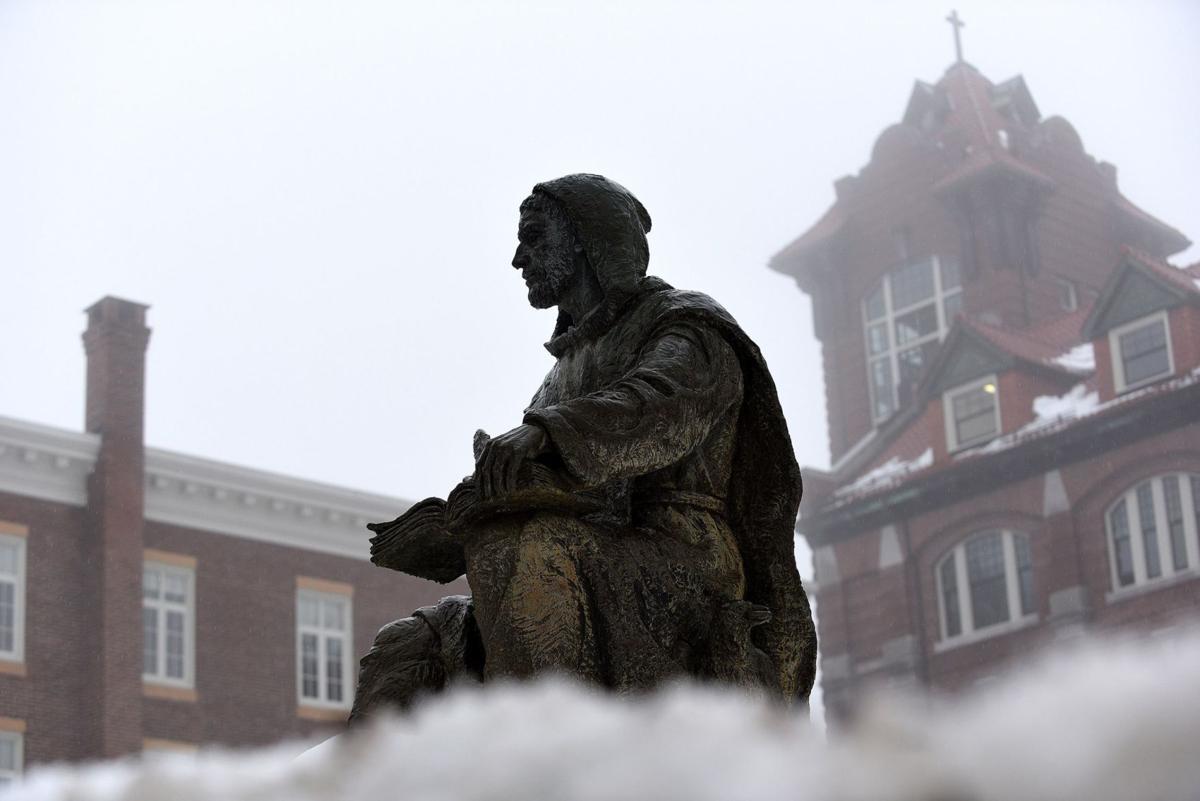 A statue of St. Benedict overlooks the campus at St. Anselm College in Goffstown. 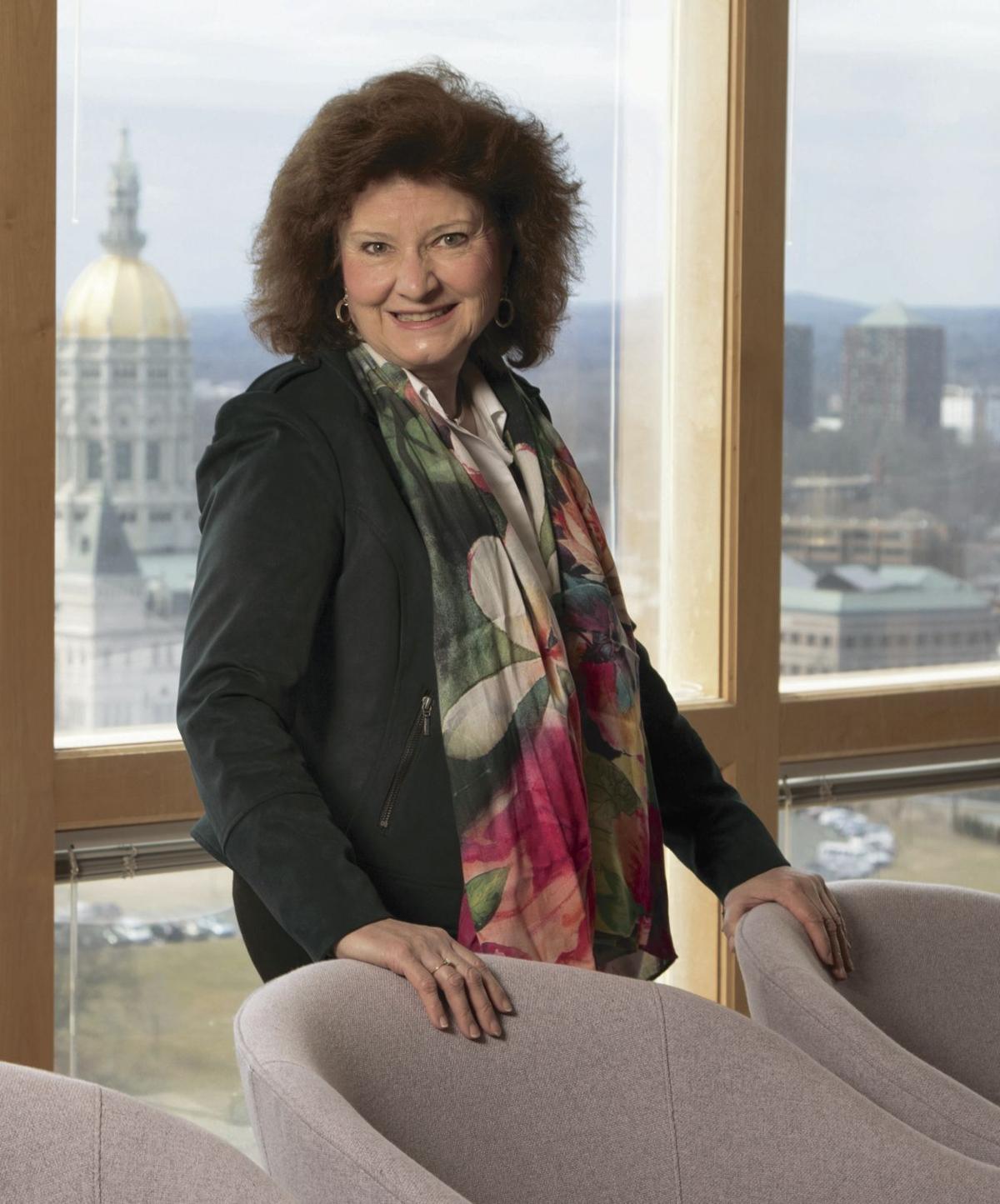 Ann Catino chairs Saint Anselm College’s board of trustees. She and the rest of the board’s officers will be among the trustees affected by the court ruling. 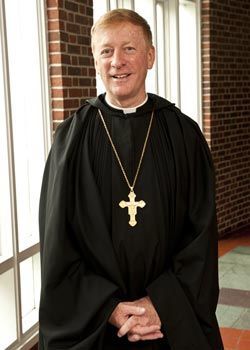 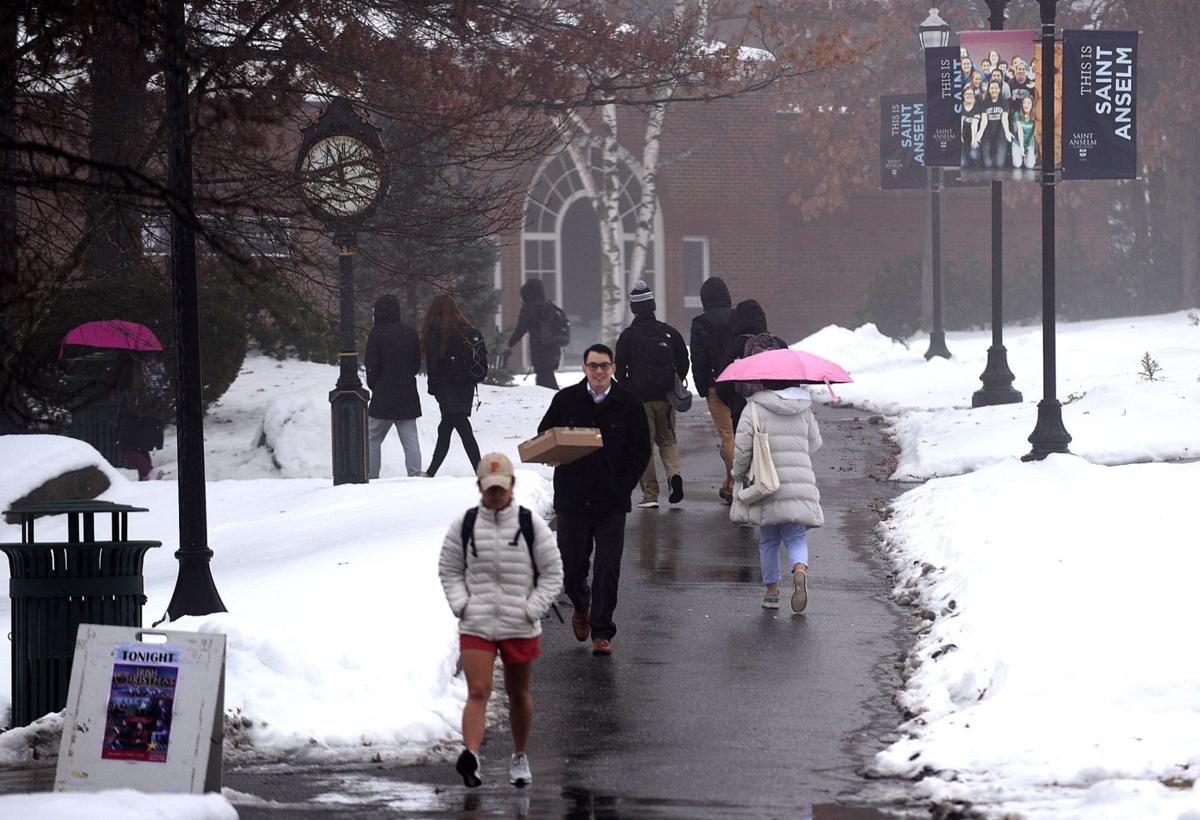 People walk through the campus at Saint Anselm College in Goffstown on Dec. 9, 2019.

MANCHESTER — St. Anselm College monks have sued their own school, claiming that trustees’ efforts to reduce the power of the on-campus Benedictine monks threaten the 130-year-old institution’s Catholic identity. 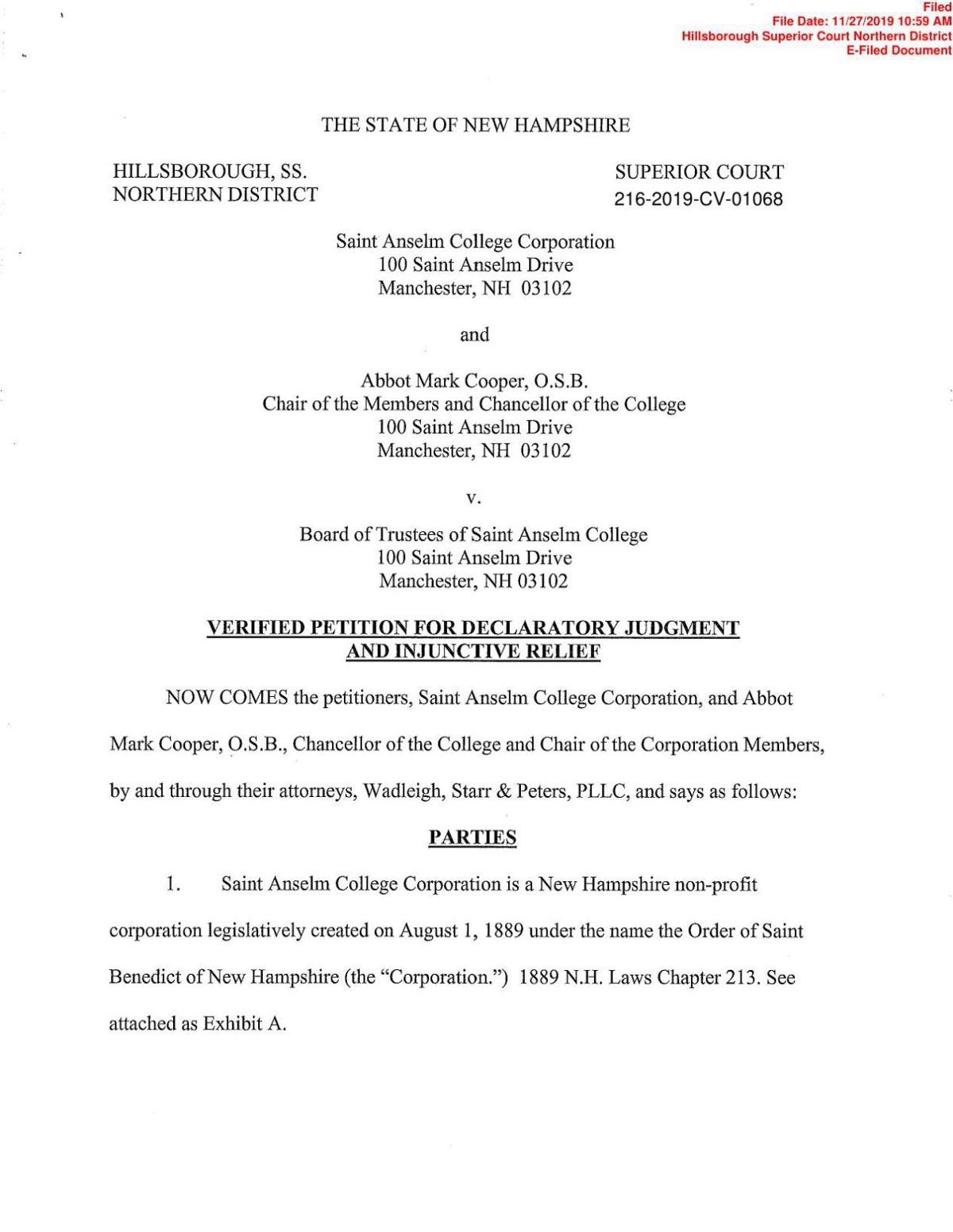 The lawsuit, filed late last month in Hillsborough County Superior Court in Manchester, asks a judge to prohibit college trustees from changing bylaws without the consent of the monks, whose order founded the university.

The suit exposes rifts that have developed since 2009, when monks handed over many of the responsibilities for the Catholic liberal arts college to a board of trustees.

Ann Catino, chair of the trustees, said the board must strengthen its role to maintain re-accreditation for the college. Federal grants and loans for tuition assistance can only be used at accredited colleges and universities.

In a letter to the college community, Catino called the lawsuit unnecessarily divisive. 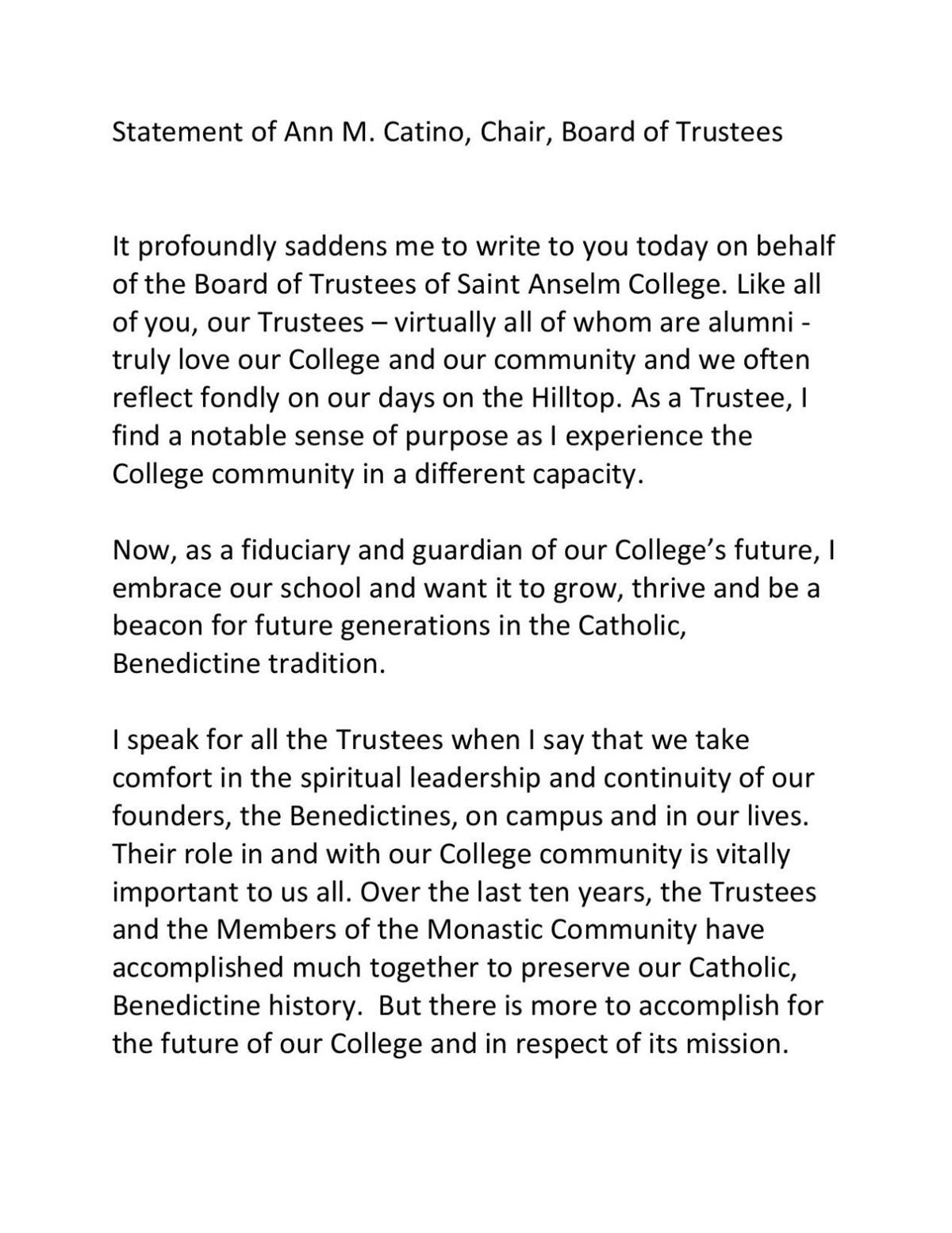 “We’re going to vigorously defend it,” she said Monday. “This lawsuit is about the present and future of the institution. We’re at a crossroads.”

The monks said efforts by the trustees to obtain more power — especially over the campus ministry office, the health center, residential life and education — would jeopardize the college’s Catholic tradition. The head monk, Abbot Mark Cooper, said through his attorney that the college currently is not violating any Catholic doctrine.

“These changes put forward by the leadership of the board of trustees carry an unreasonable risk of the secularization of St. Anselm College,” Cooper wrote to trustees in an Aug. 30 letter that was included in the lawsuit.

Such language irks Catino, who said Cooper’s claims are untrue, shocking and reckless.

She wrote a nine-page statement in response to the suit.

“(Cooper) accuses the trustees of secularizing the college and the discussion has devolved to personal attacks on the motives of the trustees,” she wrote.

She said that changes are inevitable and long overdue to preserve the college for future generations.

At present, the 2,000-student college is on firm standing. Its freshman class of 2018 was the largest ever. It has a $170 million endowment and has raised almost $69 million in an ongoing capital campaign.

The lawsuit lays out the structure of the college and issues that have come up over the past 10 years.

Benedictines founded the college in 1889. The monks take a vow of stability to remain on campus. In their first 120 years, the Benedictine order ran the college with the help of a lay advisory board. In 2009 that changed, when the monks ceded much of the responsibilities to a 20-member board of trustees.

The trustees have the ability to hire and fire presidents and have hired lay presidents since taking over at the college. They establish budgets and make decisions on spending, capital spending, personnel and tenure. They have determined that monks who teach or work at the college must be treated as regular employees, subject to firing. Cooper said those leadership powers are acceptable.

But in the suit, the monks say they must be able to approve changes in bylaws; one change they are seeking is a term limitation for trustees. They said they must keep “reserved powers” to ensure the college maintains its Catholic and Benedictine traditions.

Catino said the New England Commission of Higher Education, which accredits colleges and universities, wants an independent board of trustees and a clear delineation of authority.

She said discussions, which have been going on for nearly two decades, appear to be at an impasse. The monks have rejected bringing in an outside party to help reach an agreement, she said.

“This is not a rogue board of trustees,” said Manchester lawyer Ovide Lamontagne, who represents the college and board of trustees. “It’s unfortunate the decision was made to bring a lawsuit in the secular realm to resolve issues that should have been dealt with internally.”

Cooper said trustees forced the issue in October, when they claimed a 1992 state law gave trustees the sole authority to govern the college.

“We love the board of trustees right now. We know them all. They like the school. They’re good for the school,” Cooper said. But he said that could change, and the Benedictines are in the best position to ensure the school remains Catholic.

He said a judge now will resolve the trustees’ claim that the 1992 law applies in the case of the college.

“It’s much better, even if we lose, to get it decided definitively and out of the way,” he said.

Michael Tierney, the lawyer representing Cooper and the monks, said Rivier University in Nashua and Stonehill College in Massachusetts are run by orders that exert control over their colleges’ missions. Tierney said the college and trustees must answer the suit by Jan. 3. He said a judge could decide the matter quickly because no facts are in dispute.

A judge is being asked to reconsider his decision to keep sealed parts of an affidavit describing an investigation of a 2012 car chase that led to the arrest of a Salem police sergeant.