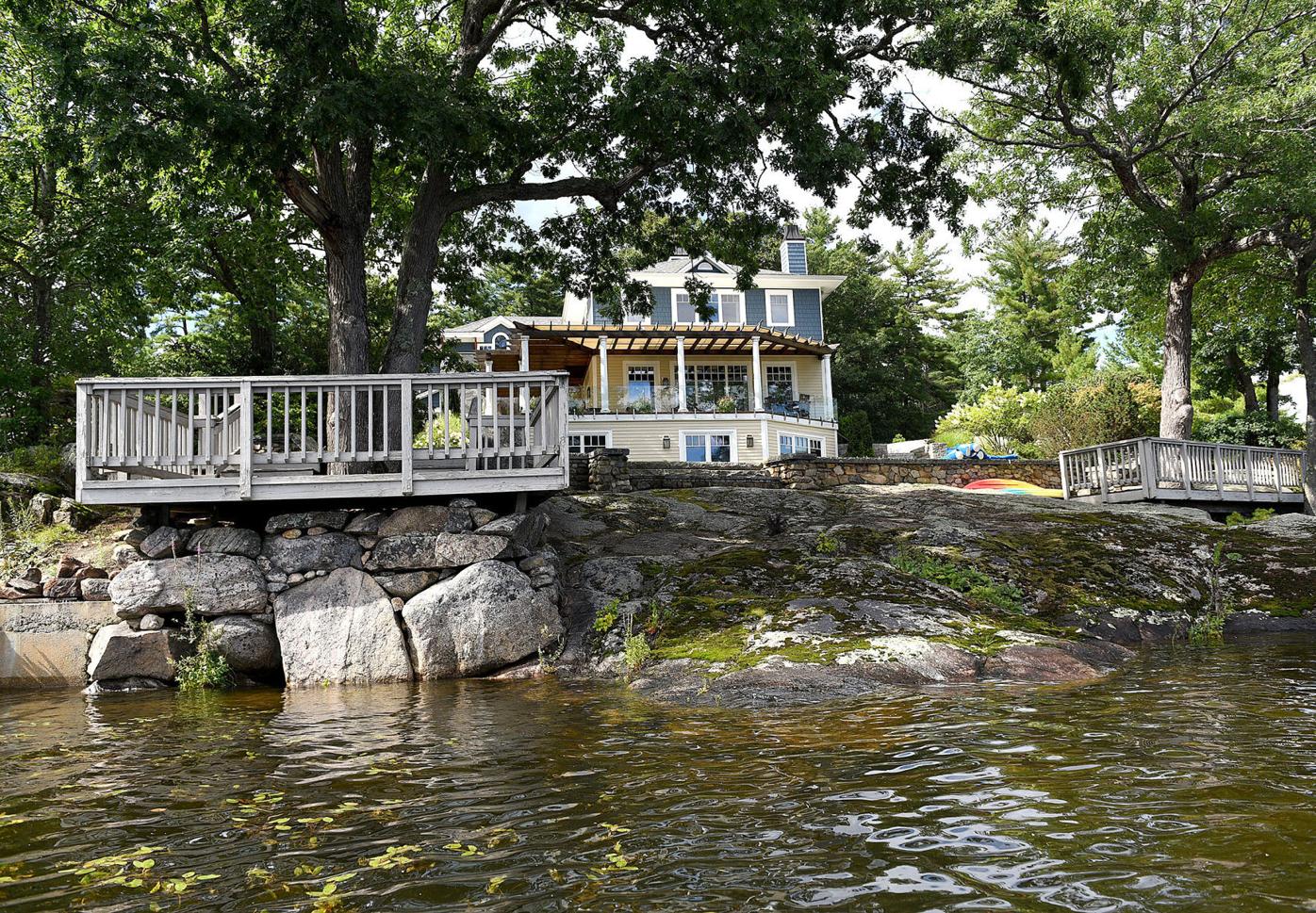 The home owned by Rev. Georges de Laire in Amherst has 600 feet of frontage on Baboosic Lake. 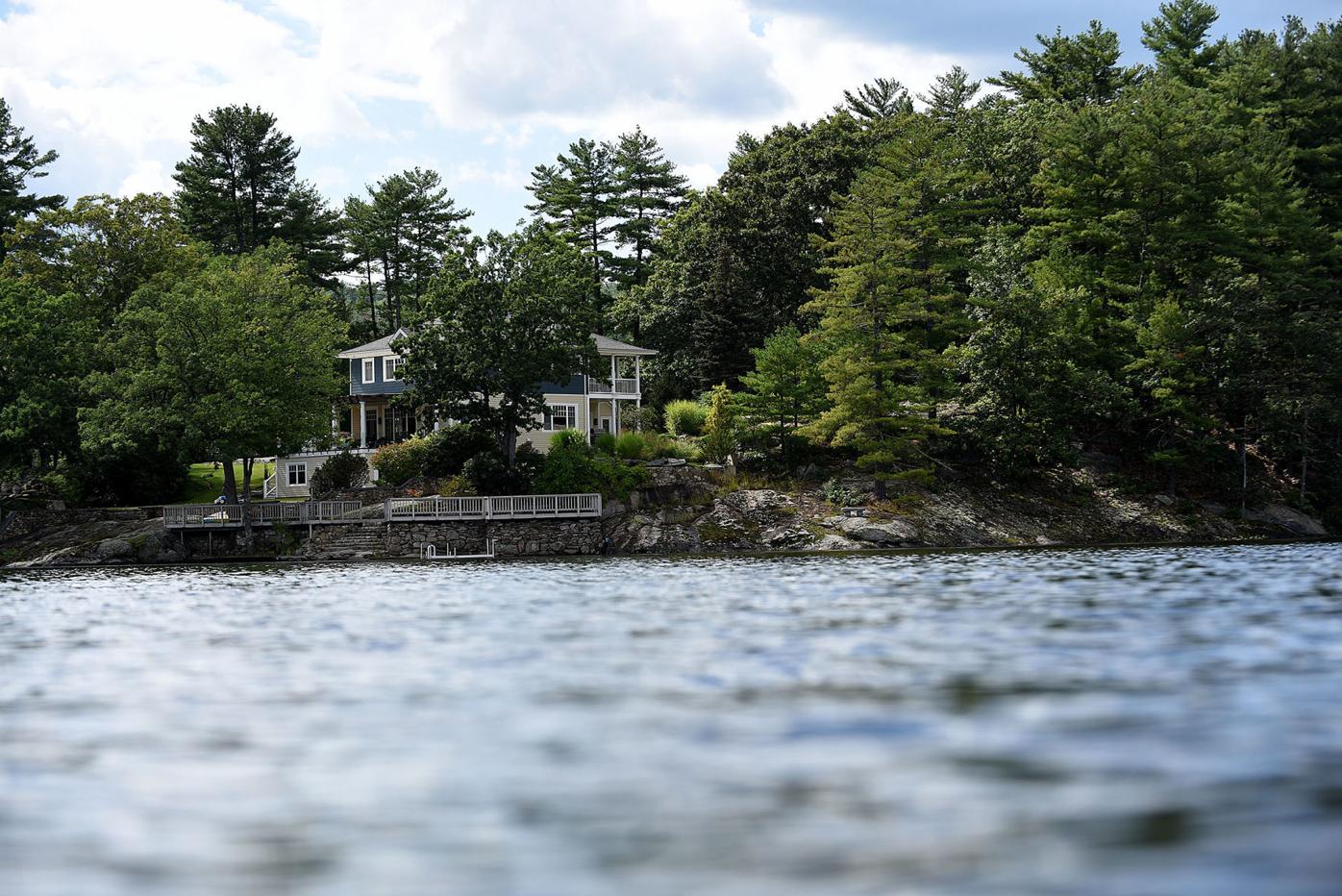 The home owned by Rev. Georges de Laire on Baboosic Lake in Amherst features prominently in a lawsuit de Laire filed against a conservative Catholic website.

The home owned by Rev. Georges de Laire in Amherst has 600 feet of frontage on Baboosic Lake.

The home owned by Rev. Georges de Laire on Baboosic Lake in Amherst features prominently in a lawsuit de Laire filed against a conservative Catholic website.

A $1.7 million lakefront house owned by a Manchester priest figures prominently in a defamation suit he filed against the owners of a right-wing Catholic website.

Last month, a judge ruled that a lawsuit filed against Michigan-based St. Michael Media by the the Very Rev. Georges F. de Laire, the Diocese of Manchester’s expert on church law, could proceed.

In the suit, filed in U.S. District Court in February, de Laire alleges churchmilitant.com, a website run by St. Michael Media, besmirched his reputation in several articles about the diocese’s handling of St. Benedict Center, an ultra-conservative religious group in rural New Hampshire.

De Laire, who also is pastor of St. Pius X Church in Manchester, contends that in addition to posting an article containing a number of negative statements about him attributed to unnamed sources, the website suggested there was something improper about his purchase of a home in 2012, according to the suit.

De Laire, whose family made a fortune in the French perfume industry, bought the property for $900,000, according to Amherst town property records. The town valued it at $1.74 million for tax purposes this year, according to those records.

The home sits on 1.4 acres on its own point on Baboosic Lake in Amherst. According to the real estate listing at the time, the house has four bedrooms, a waterfall, stone walls, 600 feet of lake frontage and a koi pond. Amherst property records list de Laire as the house’s owner.

De Laire’s attorney, Howard Cooper of Boston, stressed that de Laire used his own money to buy the house.

“Father de Laire is very proud of his family and their accomplishments, but he nevertheless chose not to run his family business and instead to devote his life in service of his faith,” Cooper said.

De Laire’s elderly, disabled mother lives at the Amherst home with her caregiver for nine to 10 months out of the year, Cooper said. De Laire’s primary residence is the rectory at St. Pius Church, but he spends days off and vacations at the house, Cooper said.

De Laire was at the house last month when a Union Leader reporter and photojournalist observed the property from the water.

Contacted by email for this article, de Laire referred questions to his attorney.

In his lawsuit against St. Michael Media, one of the website’s editors and a reporter, de Laire alleges a “campaign of lies, disparagement, defamation, harassment, intimidation, and maliciousness” by churchmilitant.com.

One article cited in the suit quoted unnamed sources who described de Laire as unstable, manipulative and vindictive, a troublemaker and a careerist responsible for botched cases.

De Laire contends that the unnamed sources never made the statements, so the attribution is false. On that basis, Judge Joseph D. DiClerico Jr. in August allowed the lawsuit to proceed.

The judge made three other rulings:

The judge threw out de Laire’s complaint that the website reported that he ordered a halt to daily Masses at the St. Benedict Center. That is true, the judge said.

The judge kept de Laire’s complaint against reporting on the house alive. DiClerico said the priest may be able to prove defamation “by innuendo,” given the context in which the website reported on how de Laire purchased the home.

The judge threw out a claim of intentional infliction of emotional distress, saying New Hampshire law doesn’t allow that as a separate claim in a defamation suit.

In an email, the editor of the website, Michael Voris, stressed that the judge dismissed two of de Laire’s claims.

“It was not the victory de Laire was hoping for,” Voris wrote. “As to the remaining claims, we are confident the evidence produced in discovery will result in dismissal of those as well.”

In an email, de Laire’s lawyer noted that the judge allowed a large part of the lawsuit to move forward. De Laire filed the lawsuit to combat an epidemic of “fake news,” Cooper said.

“Father de Laire chose to pursue his claims after much thought, reflection and prayer, ultimately concluding that accountability and truth-telling are critical to reconciliation, mutual respect and decency,” Cooper wrote.

He has served as judicial vicar and vicar for canonical affairs since 2013. As the vicar for canonical affairs, he acts as the attorney general of sorts for the diocese, advising the bishop on canon law. As the judicial vicar, he serves with Libasci on the tribunal, the canon-law judiciary for the diocese. Among other duties, the tribunal decides annulments, which are church-sanctioned divorces that allow faithful Catholics to remarry in the church.

In his suit, de Laire alleges that Church Militant espouses “extremist views” and promotes that it does “battle against sin, the devil and the ‘demonic rulers of the darkness of this world, against spiritual wickedness in high places.’”

Church Militant refers to the COVID-19 vaccine as “the Jab,” it runs critical articles about church leaders such as Pope Francis and New York Archbishop Timothy Dolan, and it has written favorably about the St. Benedict Center.

Located in Richmond, St. Benedict Center adheres to Catholic tradition when it comes to the dress of nuns and brothers, promotes the Latin Mass and has been accused of anti-Semitism. It champions the disavowed belief that only Catholics go to heaven.

The Diocese of Manchester has forbidden the organization from calling itself Catholic, a decree endorsed by the Vatican earlier this year.

As vicar for canonical affairs, de Laire represented the diocese in discussions with the center, and Church Militant articles about the center reported about de Laire. Articles included “NH Vicar Changes Dogma Into Heresy” and “Attacking the Good Guys.”

In an email to the Union Leader, the leader of St. Benedict Center said the organization and its religious order — the Slaves of the Immaculate Heart of Mary — are grateful to Church Militant for its fair and accurate coverage.

“We are not party to the lawsuit, of course, but we are praying that justice will prevail,” Brother Andre Marie wrote.

He said no sacraments have been offered at the center since the church imposed restrictions — “precepts” — in January 2019, but the center is in initial stages of a renewed dialogue with the Diocese of Manchester.

De Laire comes from a French family that founded a company of the same name. The company made its fortune in the fragrance business, according to de Laire’s attorney.

De Laire was born in France and immigrated to the United States in 1983, according to his lawsuit.

Internet searches find praise for the de Laire name in the fragrance industry.

Founded in 1876, de Laire was the first company to manufacture synthetic bases for perfumes. The website fragrantica.com calls the company a “mythical chemical enterprise with an enormous perfume heritage.”

“At the very center of Symrise is de Laire, the historic house that developed the first synthetic bases,” reads a Symrise blog. Symrise is valued at roughly $19.5 billion.

The de Laire company was the subject of a string of mergers and acquisitions that started in 1985 and ended with the company becoming part of Symrise, according to the French website Auparfum.

Some prominent church leaders in recent times have opted for simplicity over extravagance, shunning high-end accommodations that had been favored by their predecessors.

When he became pontiff in 2013, Pope Francis eschewed the grand papal apartment for a more modest two-room suite at the Vatican.

In Boston, Cardinal Sean O’Malley sold the spacious campus of the Boston Archdiocese, which included the archbishop’s residence, and moved into a rectory beside a church in Boston’s working-class South End.

A common misconception exists that all priests take vows of poverty. Priests in orders such as Franciscans, Jesuits and Marians do take such vows and own everything in common with the order.

Pope Francis is a member of the Jesuit order, and Cardinal O’Malley is a Franciscan.

But priests such as de Laire are pledged to a diocese and take only vows of chastity and obedience, according to the U.S. Conference of Catholic Bishops. American bishops discourage extravagance, however.

“It is also expected that diocesan priests will lead a life of simplicity consonant with the people they serve,” the bishops’ conference says on its website.

The Diocese of Manchester would not answer questions about de Laire’s ownership of the property.

“We can’t comment on his personal property or property any priest owns as individuals,” said the diocese’s Kennedy.