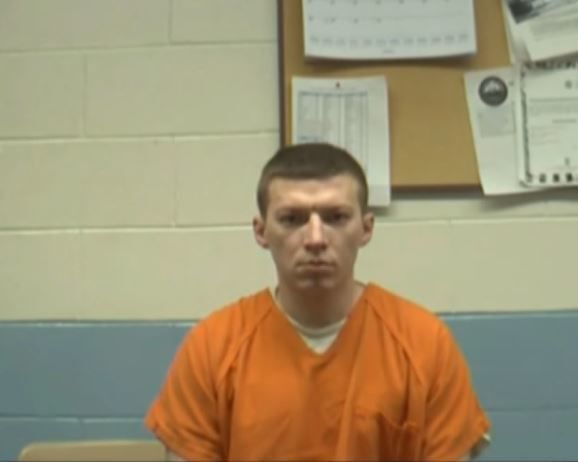 Volodymyr Zhukovskyy, now 25, during a Friday video arraignment. Zhukovskyy has pleaded not guilty to new charges in the 2019 crash that killed seven motorcyclists in Randolph. 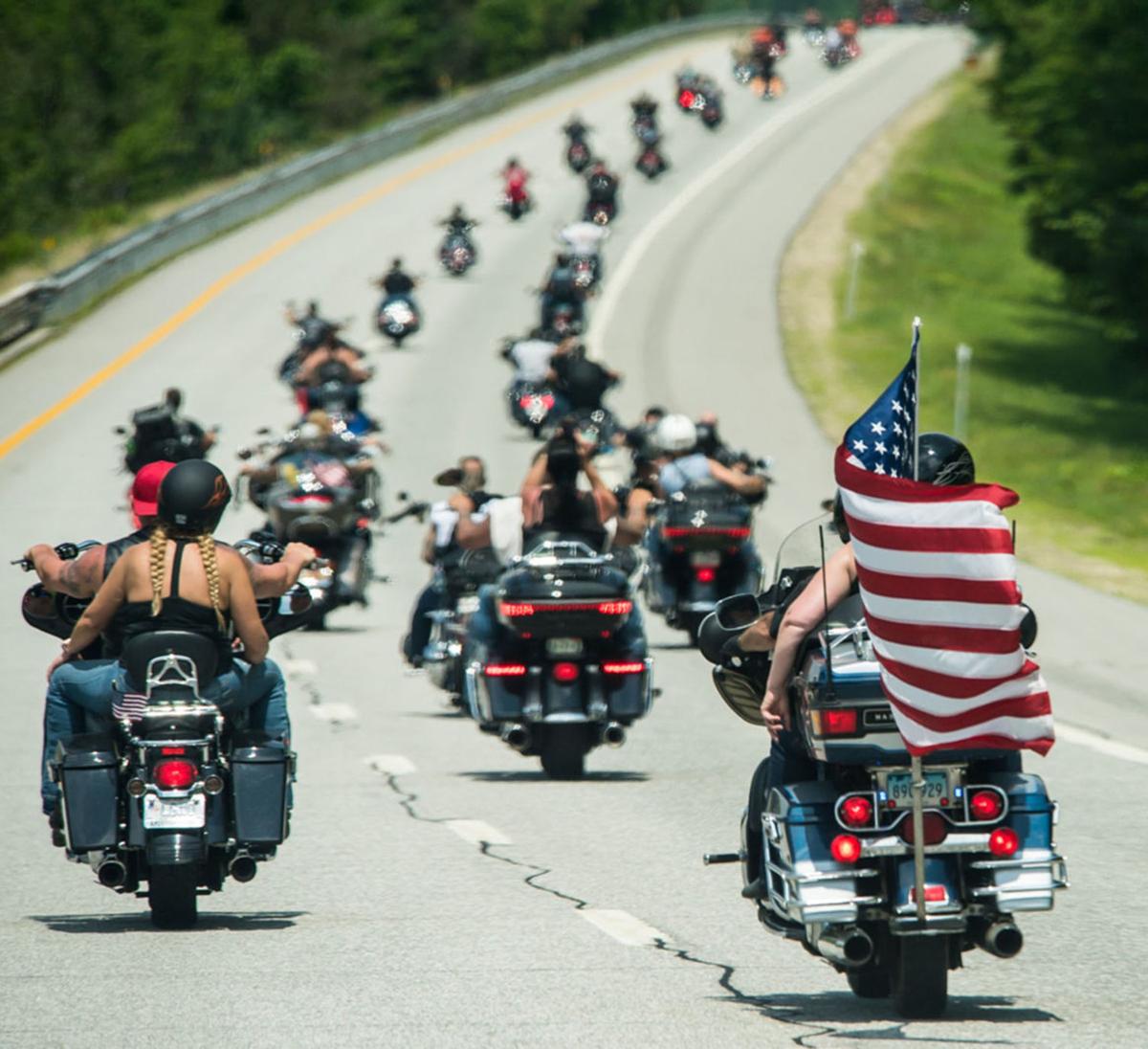 Thousands of motorcyclists gathered at the Broken Spoke in Laconia on July 6, 2019 to ride 90 miles to the site of the Randolph accident that killed seven motorcyclists on June 21. A memorial observance was held at the Randolph site after the bikers arrived. 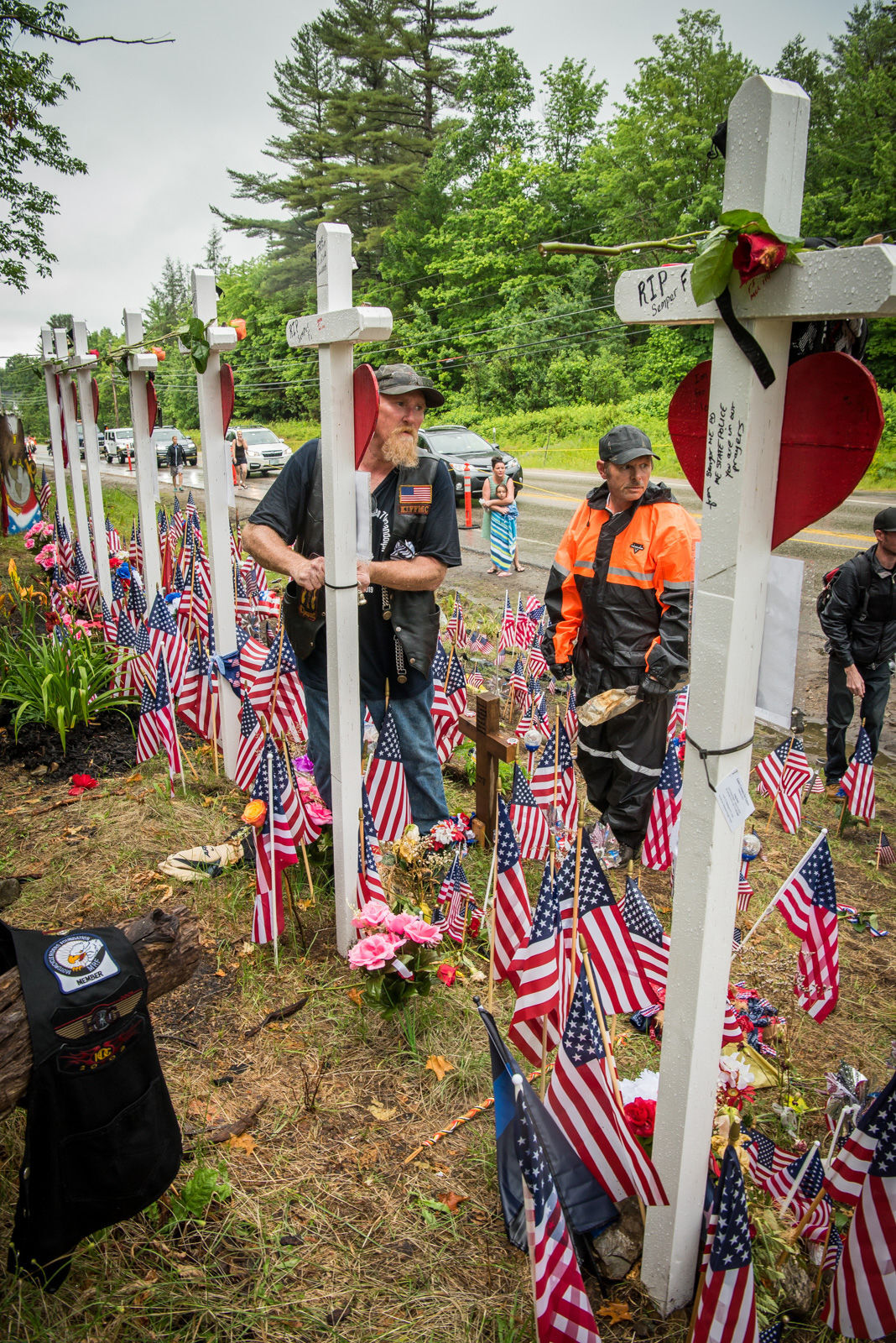 Steve Allison of Manchester, one of the organizers of the Ride for the Fallen 7 in July, ties a “gremlin bell” to crosses for each of the seven motorcycle riders killed in the Randolph crash in this 2019 file photo.

The truck driver charged with killing seven motorcyclists in a 2019 crash in Randolph pleaded not guilty to new charges of manslaughter and negligent homicide on Friday.

The new charges came after the former truck driver, Volodymyr Zhukovskyy, now 25, pleaded not guilty to negligent homicide charges in the fall of 2019.

The old charges alleged Zhukovskyy’s truck crossed the center line of Route 2, and crashed into the riders of the Jarheads Motorcycle Club head-on, killing seven.

The new charges — seven counts each of manslaughter and negligent homicide — do not allege Zhukovskyy crossed the center line, only that he recklessly caused the seven deaths while he was driving.

The new charges also allege Zhukovskyy was under the influence of drugs.

Through his attorney, Zhukovskyy pleaded not guilty to all of the new charges.

During the brief arraignment, held via videoconference, Zhukovskyy’s attorney, Jay Duguay, said his team was working on a new motion to seek bail for Zhukovskyy, who has been jailed since the crash in June 2019 that killed Albert Mazza, of Lee; Desma Oakes, of Concord; Aaron Perry, of Farmington; Michael Ferazzi, of Contoocook; Joanne and Edward Corr, of Lakeville, Mass.; and Daniel Pereira, of Riverside R.I., and injured seven others.

New indictments against Volodymyr Zhukovskyy, the man accused of driving a pickup truck that hit and killed seven motorcycle club members in R…

Two West Springfield, Mass. men who owned Westfield Transport Inc., the company Volodymyr Zhukovskyy was driving for at the time of a 2019 cra…

The National Transportation Safety Board has scheduled a Dec. 1 hearing at which it plans to make public its recommendations and findings from…

A judge has ruled that because Volodymyr Zhukovskyy did not “unambiguously invoke his right to remain silent,” his Miranda rights were not vio…

Three people were killed in a Saturday crash in Sturbridge when a wrong-way driver crashed into another vehicle, Massachusetts State Police said.

The town of Peterborough has been added as a defendant in a lawsuit brought by renters against the Walden Eco Village development.

The Department of Justice on Friday sued Roger Stone, saying the close ally of former President Donald Trump owes about $2 million in unpaid federal income taxes, according to a court document seen by Reuters.