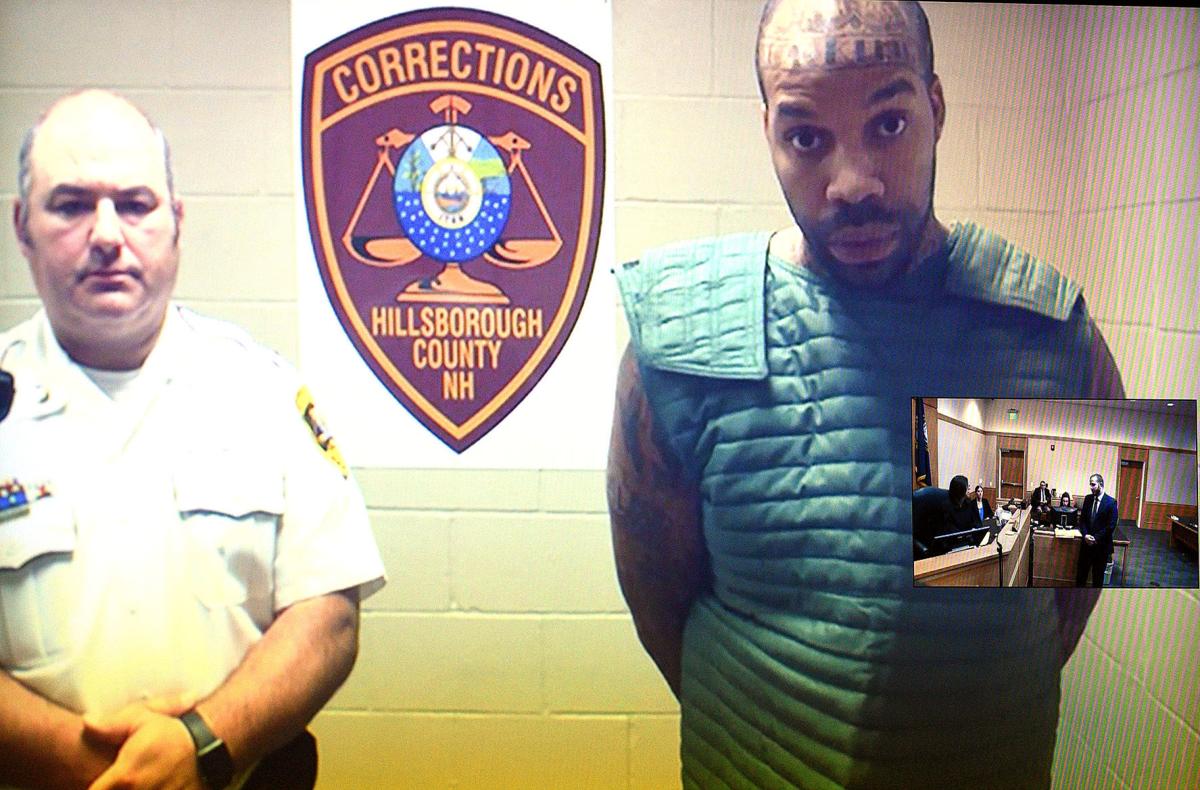 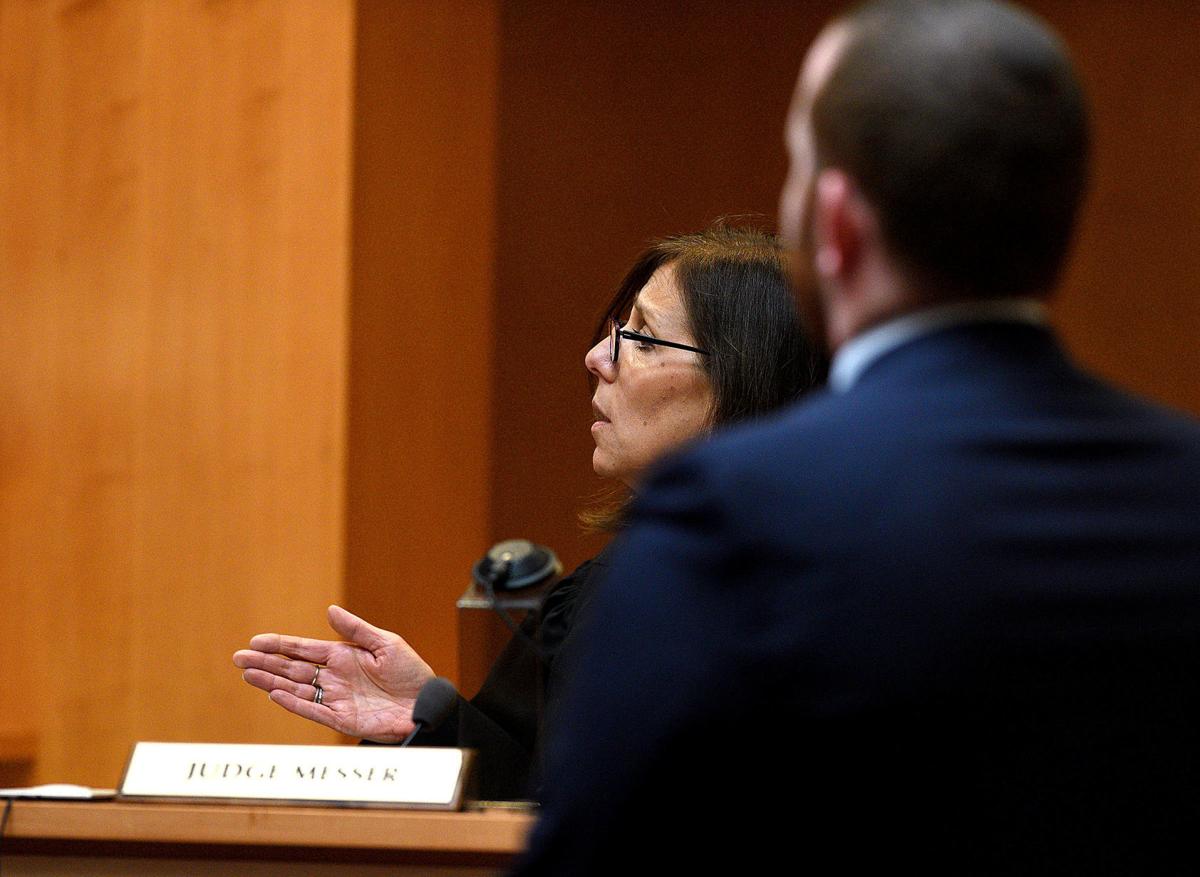 MANCHESTER — Dale Holloway, accused of shooting a pastor during a wedding in a Pelham church earlier this month, claims he “did not strike” his lawyer in a jailhouse attack that put the attorney into the intensive care unit.

Holloway, 37, appeared via video conference Tuesday for a bail hearing in Hillsborough County Superior Court. Wearing a protective smock, Holloway pleaded not guilty to a charge of first-degree assault after allegedly attacking attorney Michael Davidow, a public defender assigned to his case, just after 9:30 a.m. Monday at the Valley Street jail in Manchester.

According to a three-page affidavit, Davidow ended up in Elliot Hospital’s ICU with a “broken nasal cavity, subarachnoid hemorrhage, temporal lobe hemorrhage, left lateral eye hemorrhage, laceration to lower lip on the right side, and various contusions to his head to include behind the left ear and forehead on the left side.”

In the emergency room, Davidow did not remember what happened at the jail and was unable to answer simple questions about the time of day, year and what he did that day, the affidavit states.

Holloway is also being held on charges following an Oct. 12 shooting at New England Pentecostal Ministries in Pelham. In that case, he is facing five charges, including attempted murder, first- and second-degree assault, simple assault and being a convicted felon in possession of a firearm. A hearing in that case scheduled in Nashua for Tuesday was postponed.

On Tuesday, Holloway confidently answered Superior Court Judge Amy Messer’s questions and insisted to argue bail on his own despite not having a lawyer representing him. During the 15-minute court hearing he denied attacking Davidow.

“His nose started bleeding and I ran to his help,” Holloway said. “I don’t see where I went wrong here.”

Messer denied his request for bail in the assault case after hearing from prosecutor Brian Greklek-McKeon and Holloway.

Greklek-McKeon argued Holloway has a lengthy criminal background and poses an extreme risk to the public.

“The defendant’s criminal history is comprised almost entirely of acts of violence,” Greklek-McKeon said. “Even while incarcerated at the jail in a secure environment, he is continuing to commit acts of extreme violence.”

“Phillips then saw Davidow seated at the table with his hands over his face and saw blood dripping down on the floor in the interview room,” the affidavit reads.

“Davidow stated that he had met with Holloway prior to today’s date and that the meeting did not go well,” the affidavit reads. “Davidow told Detective (Scott) Riley that they did not get along and Holloway did not want him as his lawyer. Davidow advised that he has no other memories at that time and the next thing he recalled was waking up in the ambulance.”

Greklek-McKeon said after the hearing that Davidow was still recovering in the hospital.

On Oct. 12, Bishop Stanley Choate and Claire McMullen were allegedly shot by Holloway during McMullen’s wedding to Mark Castiglione.

Holloway, whose address is listed as 549 Lake Ave., Manchester, told the court he has spent the last year out of trouble after being released from prison and had been working several jobs until his aunt died and “his father” was murdered. He recently moved to New Hampshire.

Holloway is the stepson of the late pastor Luis Garcia, who was killed at Castiglione’s Londonderry home on Oct. 1. Mark Castiglione is the father of Garcia’s alleged killer, Brandon Castiglione, 24.

Garcia’s funeral had been scheduled just after the wedding at New England Pentecostal Ministries.

Holloway is expected to receive a new public defender.

Anok Yai — the South Sudanese-American supermodel who grew up in Manchester — has condemned local police over the treatment of her younger brother after his arrest last year, ending a tweet string with the words “go to hell” at Manchester police.

Three charged with rioting after Tuesday's protest in Manchester

Two individuals sought by police after last Tuesday’s protests on South Willow Street in Manchester have turned themselves in, and a third was arrested during a traffic stop.

Manchester police said they have made an additional arrest and are seeking two others in connection to the unrest that took place Tuesday night on South Willow Street.

Nashua police have opened an internal affairs investigation into possible excessive use of force by a city police officer.