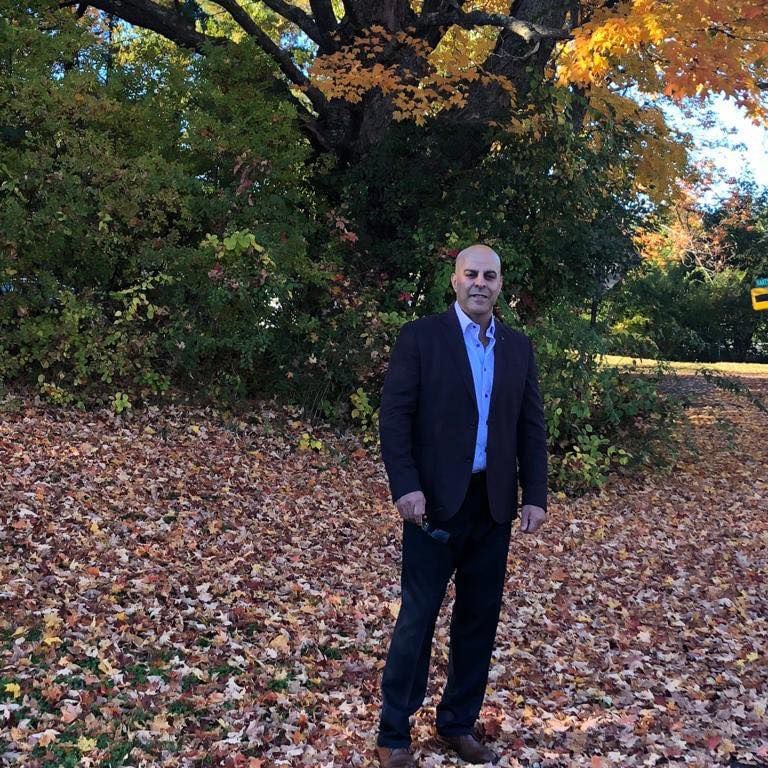 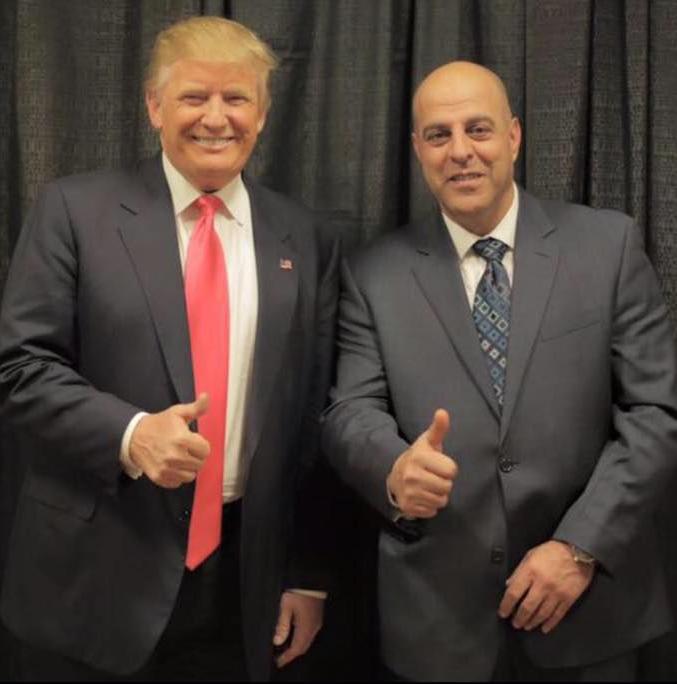 Amer Fakhoury posted this photo he took with President Trump on Nov. 9, 2016, the day after Trump was elected.

DOVER — The detention of a local restaurateur from the Middle Eastern country of Lebanon for human rights violations is a shock to those who’ve known him for decades.

Amer Fakhoury, 56, allegedly commanded a military battalion guarding a notorious detention camp in the 1980s and 1990s and served as a senior warden at the Khiam Prison in southern Lebanon, which was run by an Israeli-backed Christian militia known as the South Lebanon Army, according to international reports.

It was announced on Facebook earlier this month that Fakhoury’s business, Little Lebanon To Go on Central Avenue in Dover, would be closed for three weeks so that he and family might vacation in Lebanon. It was noted on Facebook that it was their first trip to Lebanon in 15 years.

But when Fakhoury arrived at Rafic Hariri International Airport in Lebanon he was met by the local authorities. The Lebanese security officer could not arrest Fakhoury because a judicial arrest decision had been withdrawn, but his American passport was seized and he was detained.

After hearing on Thursday about Fakhoury’s return to Lebanon, former inmates joined demonstrators outside the Ministry of Justice in Beirut, calling him a “butcher” and saying he used to direct orders for the torture of inmates. They called for his public hanging.

Gov. Chris Sununu met Fakhoury and his wife, Michelle, during a cook-off close to two years ago at Lydia’s House of Hope in Somersworth.

Sununu’s spokesman, Ben Vihstadt, said on Tuesday that the governor’s office has been in touch with the federal delegation and will be kept apprised on any and all developments in Fakhoury’s case. Sununu is of Lebanese descent.

U.S. Sen. Jeanne Shaheen, D-NH, has been in contact with the U.S. Department of State and is monitoring the situation closely, according to Press Secretary Sarah Weinstein.

To residents in the city of Dover, the stories out of Lebanon are in discord with the patriotic, God-loving Christian they know.

In addition to the restaurant, Fakhoury is active in the local political scene. Resident Phyllis Woods described him as a conservative American who cared deeply about his community.

“I have a very difficult time believing he would be involved in any type of human rights violation,” she said Tuesday.

Woods said people in the church community have known about what happened to Fakhoury since Sunday and are praying for the safe return of him and his family.

“He loved it when people got engaged,” Mayberry said.

Mayberry described Fakhoury as a person who “smiled easily and often” and was simply pursuing the American dream with his wife and children.

Ron Cole is a writer for Foster’s Daily Democrat and interviewed Fakhoury for one of his columns. Cole said Fakhoury never mentioned being involved in any sort of military operations, but did say he grew up in South Lebanon and had many friends in Israel.

Cole recalled being told Fakhoury’s family was fearful while living in Lebanon because there would be people banging on their door. However, Cole was just as shocked as other members of the Dover community when he heard the news.

“He was a well-respected businessman in Dover,” Cole said.

A Lebanese judge issued an arrest warrant for Fakhoury on Tuesday, but postponed his questioning pending permission from Lebanon’s Bar Association for an American lawyer to attend, according to media reports.

The Khiam prison was run by the South Lebanese Army and held an estimated 5,000 prisoners over its lifetime. The detention center was abandoned when Israel left southern Lebanon in 2000, according to Al Jazeera. Israel and Lebanon have technically been at war since the Jewish state’s founding in 1948.

No date has been set for Fakhoury’s next hearing.

THE HAGUE - The Special Tribunal for Lebanon on Monday unsealed an indictment on new charges against Salim Jamil Ayyash, currently a fugitive …

Family of Dover restaurant owner detained in Lebanon speaks out

DOVER — A city restaurant owner being detained in Lebanon was charged with murder and torture on Tuesday.

Autopsy results released Tuesday for a man who was found dead inside a cemetery in Wolfeboro last week show determined that his cause of death was a gunshot wound to the head, authorities said.