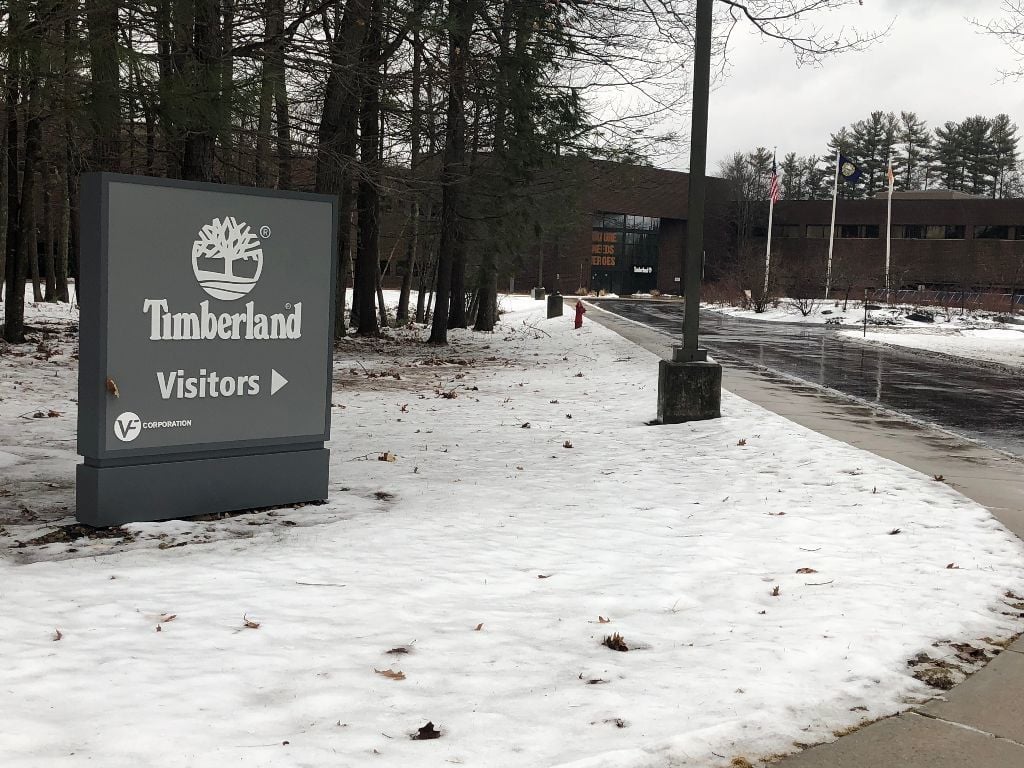 Jason Schreiber/Union Leader Correspondent Authorities are continuing to investigate after an employee was allegedly murdered inside Timberland’s corporate headquarters in Stratham on Sunday.

The Attorney General’s office released the results Tuesday afternoon and identified the victim as 46-year-old Catherine Heppner of Exeter.

She was an employee of the company whose body was discovered inside its building at 200 Domain Drive after police received a 911 call about a stabbing shortly before 4:30 p.m. on Sunday.

Heppner, who was known as “Cassie,” was employed as a director of marketing for the company’s Timberland PRO workwear.

Robert Pavao, 20, of Berwick, Maine, was arrested at the scene and charged with two counts of second-degree murder.

He remains held without bail at the Rockingham County jail.

Pavao was employed by Securitas, a security provider, and worked as a security guard at Timberland and Lindt, which are both located in the same industrial park, according to an Assessment Interview Report from the Rockingham County Department of Corrections.

The report indicated that Pavao did not know the victim.

Timberland issued a statement Monday calling the death a “senseless tragedy” and offering condolences to Heppner’s family. The company said it is cooperating with authorities.

Timberland has been closed since the murder as coworkers try to come to grips with the tragedy and investigators collect physical evidence and interview anyone with information that may help piece together what happened.

Associate Attorney General Jeff Strelzin said investigators will also be reviewing any surveillance footage that may be helpful in the case.

He has not commented on any possible motive for the killing.

“Motive isn’t something the state ever has to prove, but it’s obviously something we look for in every case and it’s something we’ll be looking for here, but it would be premature to discuss motive until we complete our investigation,” he said.

Strelzin said he couldn’t say whether it was a random killing until authorities know all of the facts surrounding the case, but added that it “appears to be self-contained, meaning contained to this particular circumstance.”

Security worker charged with murder after stabbing at Timberland headquarters

David Getchell was convicted of felonious sexual assault in 2000.

The co-founder of a veterans charity who is convicted of stealing from the organization is getting more jail time after a prosecutor says she failed to uphold her end of the plea agreement.