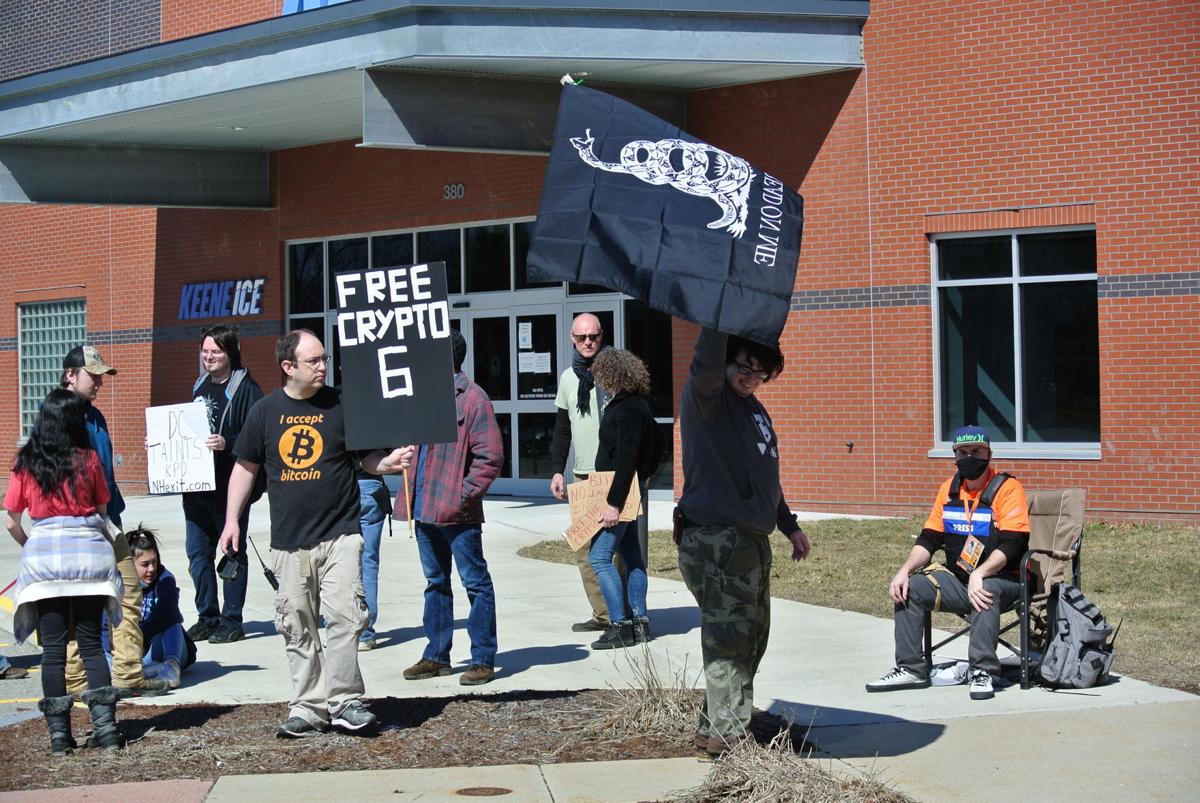 About a dozen Free Keene activists stood outside the Keene police station on Marlborough Street Saturday to voice their opposition to local law enforcement’s cooperation with federal agents. 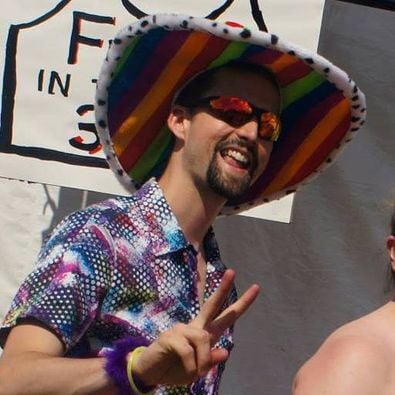 CONCORD — A U.S. magistrate is expected to rule soon on a bail request by Free Keene leader Ian Freeman, who faces federal money laundering, fraud and conspiracy charges in connection with a Bitcoin-dollar exchange system.

Freeman has accessed $1.66 million worth of Bitcoin and had $178,000 in cash in his safe when his house was raided by federal authorities last week, prosecutors said on Friday.

Federal prosecutors also said Freeman has access to gold, silver, and possibly other liquid assets and cryptocurrencies. Freeman — who faces eight felony charges including money laundering, wire fraud and conspiracy — could tap those assets and use them to flee if a judge releases him on bail, prosecutors warned.

The hearing ended with Judge Magistrate Andrea Johnstone deferring a decision and promising a written order as soon as possible.

Last Tuesday, the FBI arrested Freeman and five others who are part of the libertarian Free Keene movement on charges related to a Bitcoin-dollar exchange system they ran through churches they were closely affiliated with.

Freeman is the only one to face charges of money laundering and operating a continuing financial crimes enterprise, which call for mandatory minimum sentences of 10 years.

Close to 70 people, including media, FBI agents and some with cryptic names, logged on for the hearing. Freeman participated via video feed from Merrimack County jail.

On Saturday, about a dozen activists protested the arrest of Freeman and five others outside the Keene Police Department.

Veteran defense lawyer Mark Sisti said his client is a perfect example of someone who should be released on bail.

According to Sisti, Freeman has no felony convictions, and some past arrests date back 8 to 11 years. He’s not charged with a violent crime or drug dealing. He faces a novel prosecution in New Hampshire that will be lengthy and complex.

And he’s known for years of the FBI investigation because people that agents interviewed would tell him.

“If he chose to leave the jurisdiction for fear of being charged, he’d be gone by now,” Sisti said.

MacDonald said most of the other co-defendants have been released.

While authorities have confiscated the cash they found at his house, they do not have access to his 28 Bitcoins, MacDonald said.

She said Freeman used accounts set up for the Shire Free Church, where he is paid as the minister, to convert dollars that others acquired from romance fraud, investment fraud and your-friend’s-in-jail fraud to Bitcoin.

On the day of the FBI raid, Shire Free Church received an exchange request from a person who had bilked an 80-year-old woman of $4,000 in a romance scam, MacDonald said.

“His release places many victims at risk of financial harm,” MacDonald said.

CONCORD — Free Keene activist and cryptocurrency trader Ian Freeman will remain behind bars as he awaits trial on charges of money laundering,…

A Portsmouth man was arrested after police said he threatened someone with a gun inside an apartment and fired twice while children were inside late Tuesday night.