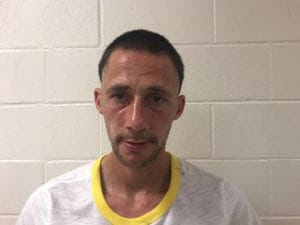 In recent cases, local police officials released statements voicing their displeasure with the bail reform law, which requires a judge to take into account an inmate’s financial situation when setting bail.

Last year, Gov. Chris Sununu signed a bipartisan bail reform law designed to end the practice of jailing poor people before trial just because they could not afford their bail. Sununu signed subsequent revisions into law and has said he would be willing to consider more.

They included William Gamble, 51, who police report was arrested last month for sale of a controlled drug. Police asked to search his bag and he gave permission. Inside they reported finding a clear bag containing a crystallized substance, believed to be crystal methamphetamine.

Gamble was arrested and charged with possession of a controlled drug.

“This is a direct result of the bail reform law which allowed for Gamble to be released on personal recognizance (PR) bail less than four weeks ago,” said Manchester Police Chief Carlo Capano in a statement last week. “PR bail allowed him back on the streets and back to his old ways. Not only was he found to have drugs on him today, but this time it was methamphetamine; much more dangerous than spice. This is just another example of how bail reform is negatively impacting our city.”

Two women with Gamble in the park were also arrested. Corrina Marcoux, 51, and Edith Daughen, 28, were both found with tourniquets on their upper arms, consistent with someone preparing to inject narcotics; police said heroin/fentanyl was found with them. Both were charged with possession of a controlled drug and released on personal recognizance bail.

“We are very frustrated with the system,” said Capano in a statement. “Gamble’s actions are without a doubt a concern for the Manchester Police Department. We have had over 111 contacts with him over the last decade; we certainly consider him to be a danger to our community. The system is not working, we continue to see people breaking the law and released with little to no accountability.”

Proponents of the bail reform law claim elimination of cash bail has prevented poor suspects from remaining incarcerated for long periods of time before trial.

“Current bail law has a special new ability that didn’t exist in the old bail system: anyone who is determined to be dangerous to themselves or others can be detained while awaiting trial, regardless of the charges against them,” said Jeanne Hruska, political director at the American Civil Liberties Union (ACLU) of New Hampshire.

“The law intentionally requires a prosecutor to present evidence of dangerousness and has a judge make the decision, not the police, Hruska said in a statement. “Being detained while awaiting trial means significant collateral consequences can happen to a person’s life, such as losing housing, child custody, or employment. The decision to detain someone must be based on more than bias or speculation.”

Police say one Rockingham County deputy fell down the stairs of a 5 East Broadway apartment building when Hunkins escalated an altercation as deputies tried to arrest him.

Hunkins was bailed out of jail on the charges related to the warrants while he was being treated in the hospital. He left without being discharged, Brackett said in a statement.

“Very candidly, we’re not happy with the new bail reform and this is a good example of what ends up happening,” Brackett said, who added he believes recent events illustrate that Hunkins is “dangerous” and should be held without bail.

“These individuals who are dangerous should be held, and because of bail reform, they’re not. The judges are letting them go,” Brackett said.

According to police, Candilieri was also arrested on June 26 for burglary and released on PR bail, before failing to appear for arraignment July 11. When Candilieri had arrests in 2018 for willful concealment and in 2017 for possession of drugs, he failed to appear at his original arraignment date for both of those arrests, Rochester police said.

“Candilieri is just one of many recent arrests where repeat offenders like this continue to be released on personal recognizance bail, fail to appear to court and continue to be arrested on court-issued warrants for those failures to appear, only to again be released on personal recognizance bail,” Rochester Police Capt. Todd Pinkham said in a statement. “Many of these recent offenders are also committing other crimes in the process.”

“People who are experiencing homelessness or substance abuse disorders need services, not a jail cell,” Hruska said. “Incarceration will not solve these systemic challenges. There are countless people who are able to continue their job, pay rent, and care for their children because of these new bail laws. Before bail reform, they would sit in jail, all while presumed innocent, for no reason other than the fact that they couldn’t afford bail.”

The man shot by Manchester police on Sunday evening died as a result of a gunshot wound to the neck, authorities said Tuesday.

Jail superintendent: Two week wait before inmate will be released from home confinement

Terrance Perkins — an elderly inmate approved for home confinement by a judge — won’t be released for another week or two, the superintendent of the Carroll County jail said Tuesday.

A truck driver charged in a Randolph crash that killed seven motorcyclists and passengers affiliated with the Jarheads Motorcycle Club had fentanyl, morphine and a chemical found in cocaine in his system that day, and told law enforcement he often would take drugs before starting work, prose…

A convicted rapist scheduled to be released from state prison Wednesday isn’t going anywhere, after a judge started proceedings that could result in his civil commitment as a sexual predator.

Man shot during confrontation with police at Concord park

Man shot during confrontation with police at Concord park