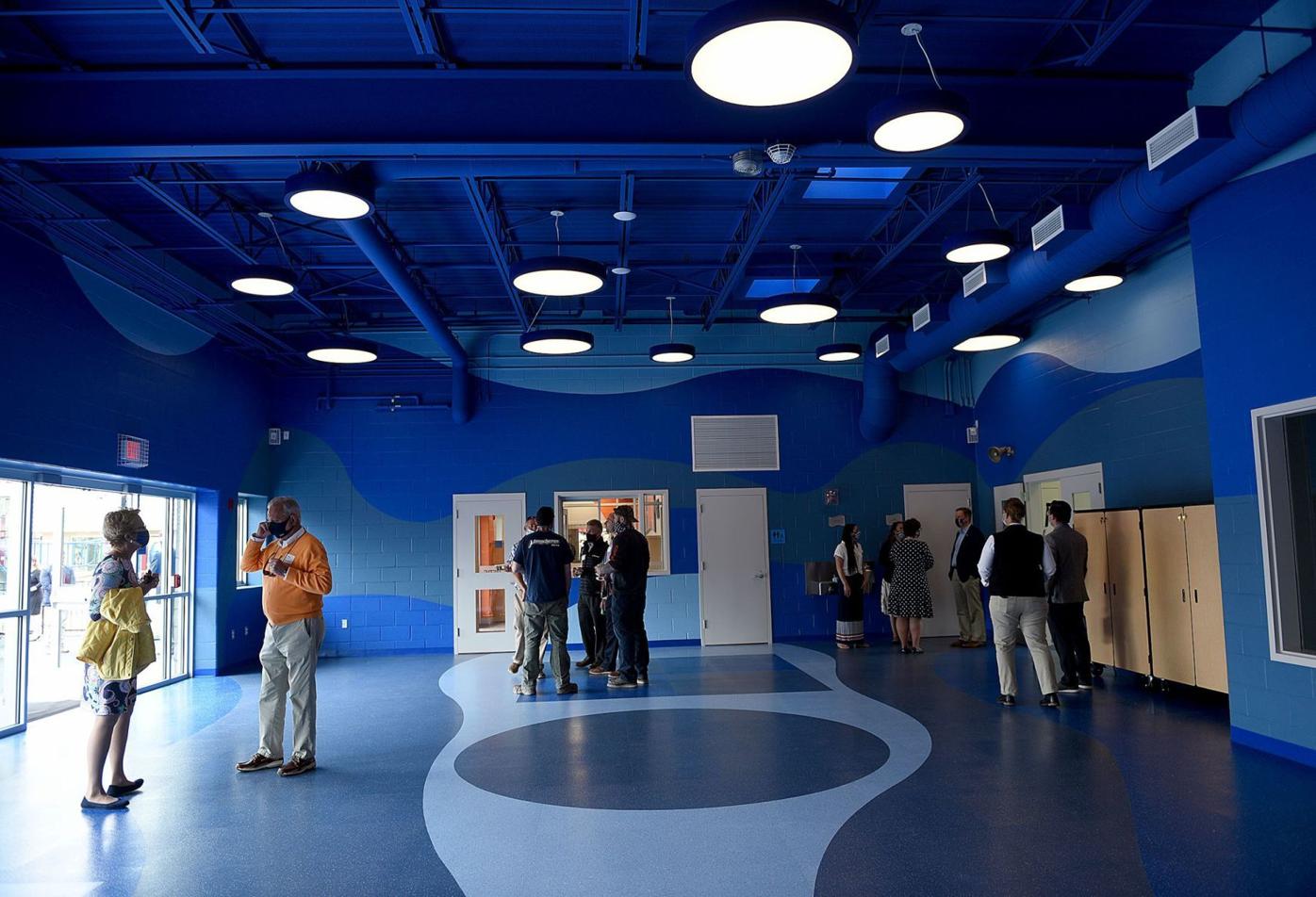 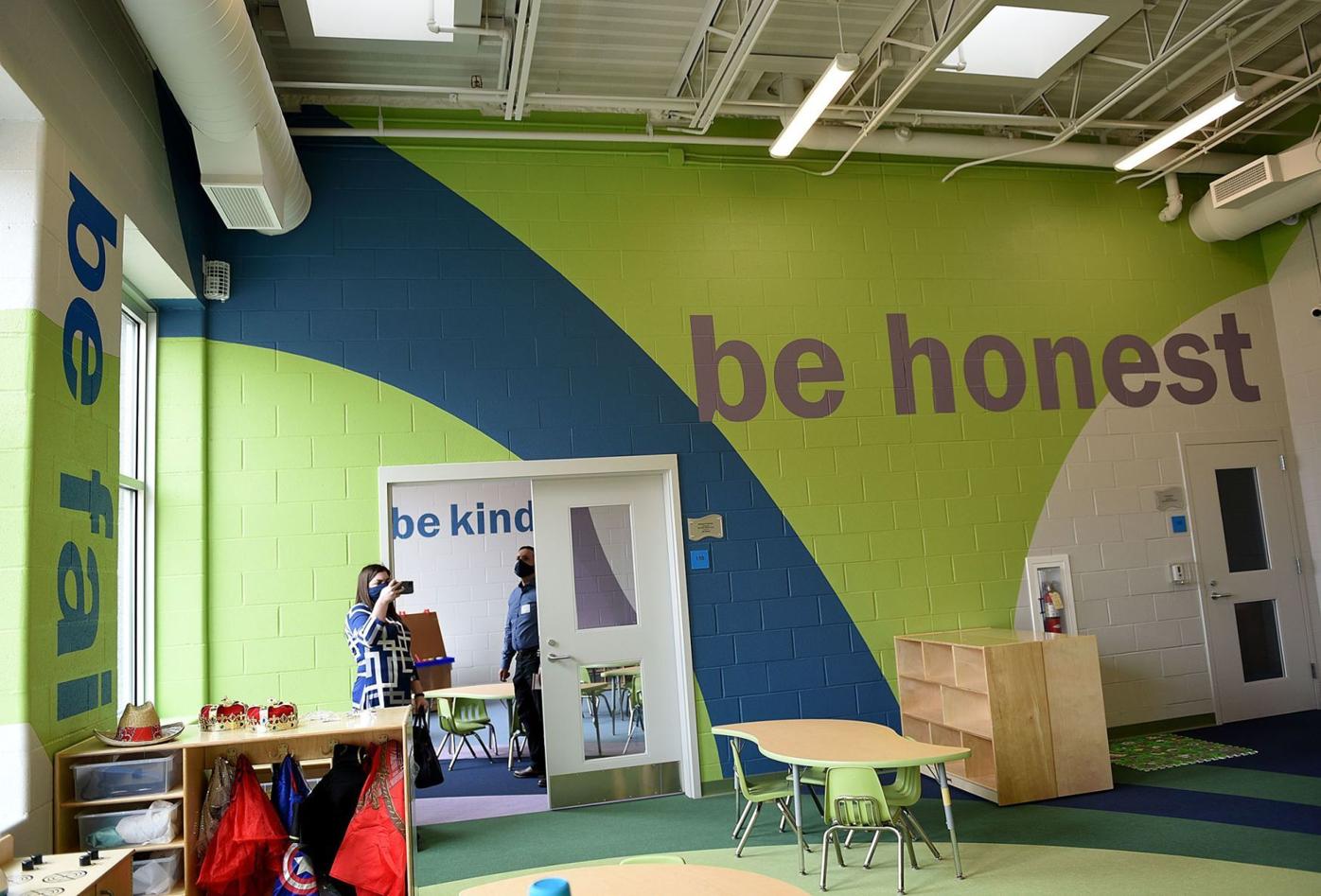 Guests tour the kindergarten area during the dedication and ribbon cutting for the new Edward S. Wolak Clubhouse Annex at the Boys & Girls Club of Manchester on May 3, 2021. 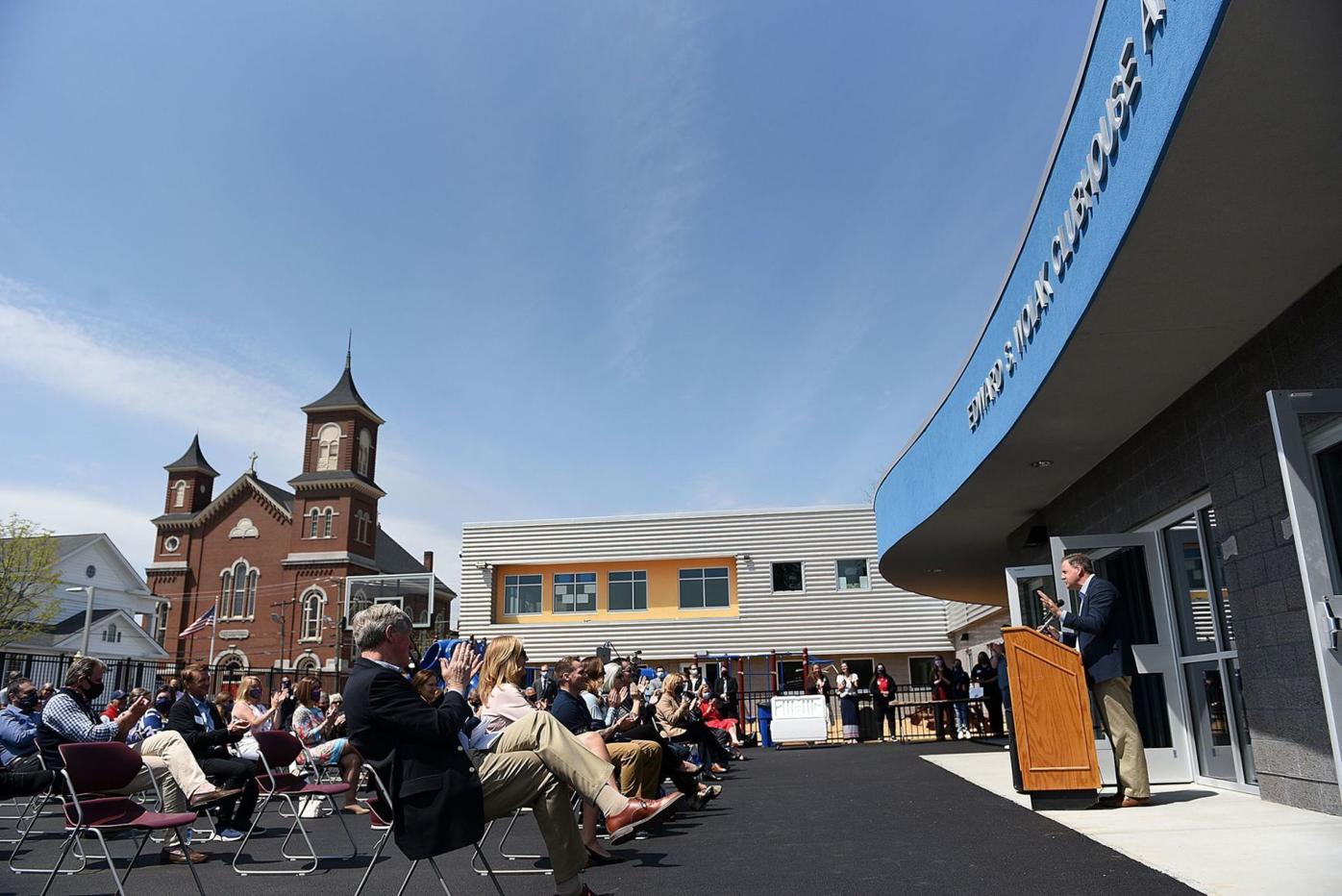 With the First Baptist Church on Union Street in the background, audience members applaud as Gov. Chris Sununu speaks at the dedication of the new Edward S. Wolak Clubhouse Annex at the Boys & Girls Club of Manchester on May 3, 2021. 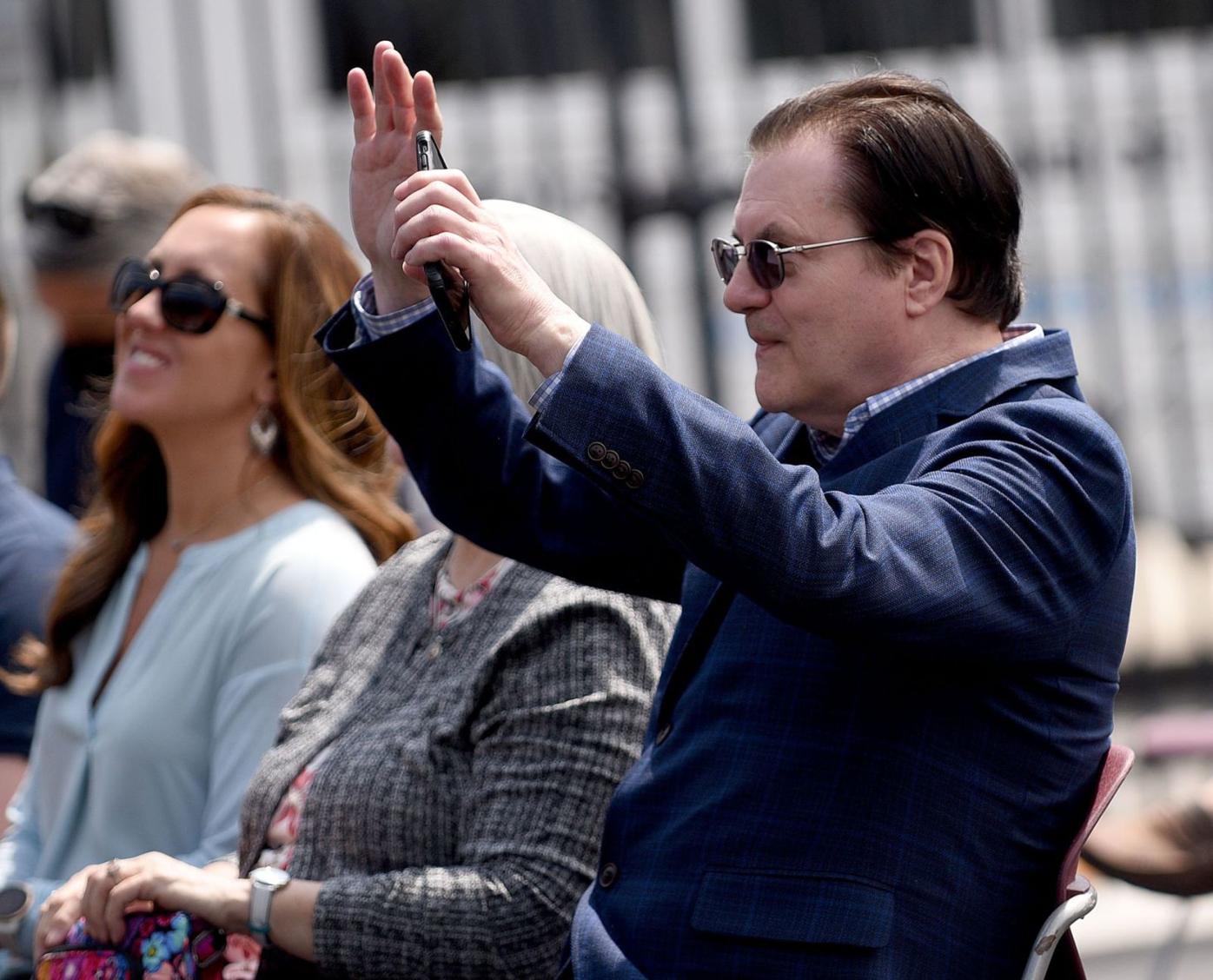 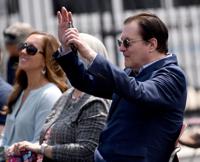 Edward Wolak, namesake for the new clubhouse annex, gestures to a speaker at Monday’s dedication at the Boys & Girls Club of Manchester.

Guests tour the kindergarten area during the dedication and ribbon cutting for the new Edward S. Wolak Clubhouse Annex at the Boys & Girls Club of Manchester on May 3, 2021.

With students returning to school five days a week on Monday, the Boys & Girls Club of Manchester has also resumed its customary programs for the first time in more than a year.

And the club is doing so in a larger space, with the completion of its nearly $1.9 million annex on its Union Street property. Even with challenges surrounding the COVID-19 pandemic, the construction of the 4,000-square-foot addition was completed on time and under budget, according to the organization.

On Monday, the club showed off the new addition and held an official ribbon cutting with board members, politicians and supporters. The building’s official name is the Edward S. Wolak Clubhouse Annex, after the businessman who donated an undisclosed amount toward the project.

Up until Monday, the club had been supporting students for remote learning for the past year, said CEO Diane Fitzpatrick.

“We’re back to being a Boys & Girls Club,” she said in an interview. “We are doing morning and afternoon programs. We are doing transportation.”

The club will serve 180 kids for the next six weeks before its summer programs open, which includes programs for more than 300 at the club and at Camp Foster in Bedford. By the fall, the club hopes to be serving 600 per day.

The new addition — which includes classrooms, a small gym and a multipurpose room — will be used to serve kindergarten and first-grade students. The space will help with early childhood development, including social and emotional growth.

“This is going to provide that intimate setting where our kids can get all of their educational needs met,” Fitzpatrick said.

Wolak, who grew up going to the club and was named the 1967 “Boy of the Year,” said the club helped shape him to become a successful businessman. He operates more than 100 Dunkin’ locations in Maine, New Hampshire and Vermont.

He said he looked up to the librarian, coaches, directors and volunteers at the club.

“The club was probably the single most formative influence in my life,” he said. “Teaching me sportsmanship, humility, self-respect and certainly how one person can make a difference. It was here that I found my second home.”

The club worked for the past four years to raise money for both clubhouse expansion and an overhaul of Camp Foster in Bedford. The club raised $5.85 million as part of its “More Kids, Brighter Futures” capital campaign.

Ginny Bouch, kids club director, showed off the playroom which has a bright green and blue color scheme on both the walls and floor. A nearby room will be used for quiet activities such as art and reading. The room features more subtle blue and purple tones.

The space is more fitting for the club’s youngest learners, she said. The club hopes to launch a preschool program starting next winter, which would use the space during the school day.

“It’s exciting because we’ve been wanting a preschool program for a long time,” Bouch said.

The space in the rest of the club will be opened up for students in other age groups, including a new science, technology, engineering, arts and mathematics lab.

A performing arts space will be used for African drumming, talent shows, dance lessons and other creative activities.

Eyes on the West Side

Sununu said the timing of the expansion is perfect as the COVID-19 pandemic wanes and more things open up.

Several speakers, including Hassan and Sununu, spoke of the need for the club to have a presence on the West Side.

Steve McMahon, a longtime member of the board of directors and chairman of the capital campaign, echoed the need for a West Side clubhouse.

Fitzpatrick said most are overwhelmed after they see the new space for the first time.

“Every child deserves the best,” Fitzpatrick said. “The community has provided the best for our children and it’s humbling to think about because we’ve got a lot of work ahead of us. We are serving 6,000 children right now and there are so many children in need. We want to continue the momentum to expand services to the entire city.”

GILFORD – After staging a drive-through graduation last year for the Class of 2020, Lakes Region Community College sent off the Class of 2021 on Saturday in a more traditional ceremony at Bank of New Hampshire Pavilion.

CONCORD — Parents of students with special needs achieved a landmark victory Thursday, with the state Senate unanimously passing legislation to put the burden of proof on school districts in hearings over a student’s Individualized Education Plan.