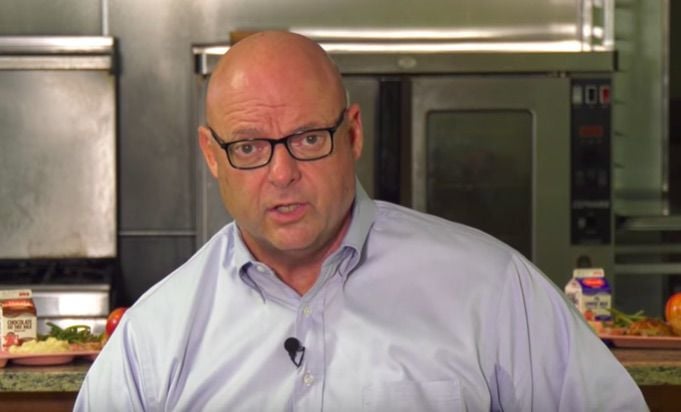 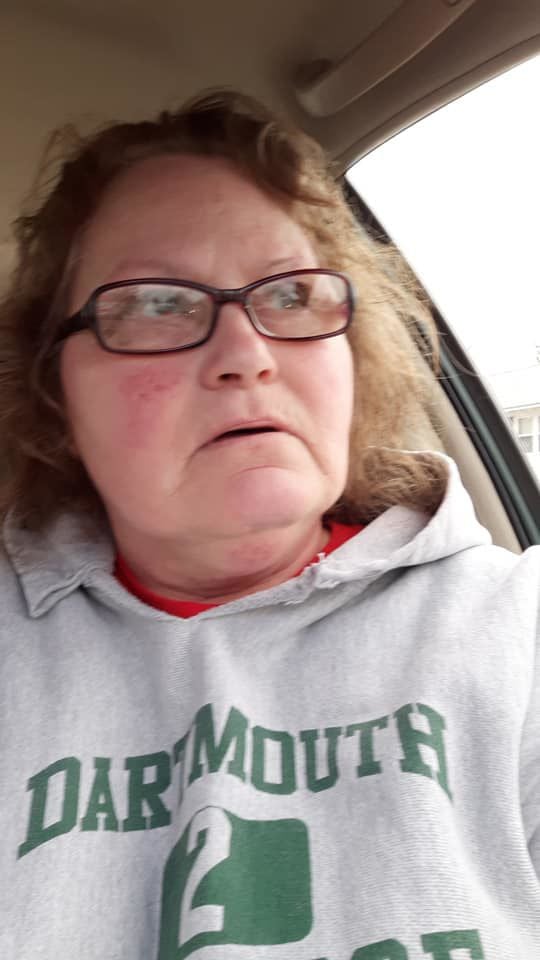 Fired lunch lady Bonnie Kimball now says she allowed a popular “jock” to take food for months without charging him.

Fired lunch lady Bonnie Kimball now says she allowed a popular “jock” to take food for months without charging him.

CANAAN — Bonnie Kimball, the Mascoma Valley Regional High School lunch lady who said she was fired for giving a student free food, allegedly gave that same student free food for months, according to a statement put out Monday by Brian Stone, president of Manchester-based Cafe Services.

“This employee was dishonest and was let go for not following procedures,” Stone said.

Stone’s statement comes a few days after Kimball publicly refused a Cafe Services offer to get her job back with back pay. That offer was made after Mascoma Superintendent Amanda Isabelle threatened to pull Cafe Services’ more than $500,000 contract with the district if Kimball was not rehired.

According to the statement Cafe Services posted Monday on YouTube and on the company’s website, Kimball lied to her manager on March 28, when she let the student take a la carte items during lunch.

“The student was not charged for any part of the meal, not the main lunch or the additional items,” Stone said.

“What the employee said was not true,” Stone said.

Kimball then told her managers that the student who got the free food had not paid for food for three months, Stone said. Asked about Stone’s accusations, Kimball said Monday that she frequently did not charge this student, because he lost his eligibility for the federal free and reduced lunch program.

“He did not have money on his account if and when he came in. Sometimes he paid cash, and sometimes (he put it) on his girlfriend’s account,” Kimball said. “Lots of times he would charge it to a friend’s (account,) which now they say is not legal, because he is a jock and everyone likes him.”

Stone said that under the district’s policy, which Cafe Services adheres to, all students are given a lunch regardless of ability to pay. The extra a la carte items, however, are not included in the lunch program, and must be paid for either in cash, or through the student’s lunch charge account.

Kimball said the boy got $8 worth of food, which he paid off the next day.

Stone said in his video that this student’s account now shows regular activity, with the new employees operating the lunch program.

Kimball’s story went viral last week, garnering international attention. She continues to get job offers, and her GoFundMe campaign has raised close to $8,000 as of Monday.

“Clearly they believe mistakes were made, but they still believe the employee should be rehired with back pay,” Guilfoil said.

Additionally, the district wants to see the policies on how to handle free lunches and the lunch accounts change to avoid any problems in the future. Guilfoil said the district still reserves the right to break the Cafe Services contract if it feel the company acts in a way that goes against the district’s values.

CANAAN — Mascoma Valley Regional High School lunchroom employee Bonnie Kimball thought she was doing the right thing when she let a student take food even though he didn’t have money to pay.

A food service vendor that reportedly fired Mascoma Valley Regional High School lunch lady Bonnie Kimball for feeding a student denies it would sack anyone over an $8 lunch debt.

A monthslong inquiry has concluded that a vendor was right to fire lunch lady Bonnie Kimball for giving students free food and drinks for months.

CONCORD – New Hampshire school districts will finally receive nearly $34 million in federal grants to deal with COVID-19 impacts, but state officials did not resolve the controversy over how much of the money will go to private school students.

School officials condemned a video posted on social media that shows students from Sanborn Regional High School in Kingston appearing to reenact the killing of George Floyd while laughing and shouting, “I can’t breathe.”

The school year has ended for some New Hampshire districts and is almost over for others, but a Salem father has taken legal action that he hopes will force students back to the classroom despite the state’s orders that closed schools for the rest of the year because of COVID-19.

An anonymous donor is providing full scholarships to potentially 20 licensed practical nurses seeking to expand their careers in the field of nursing.