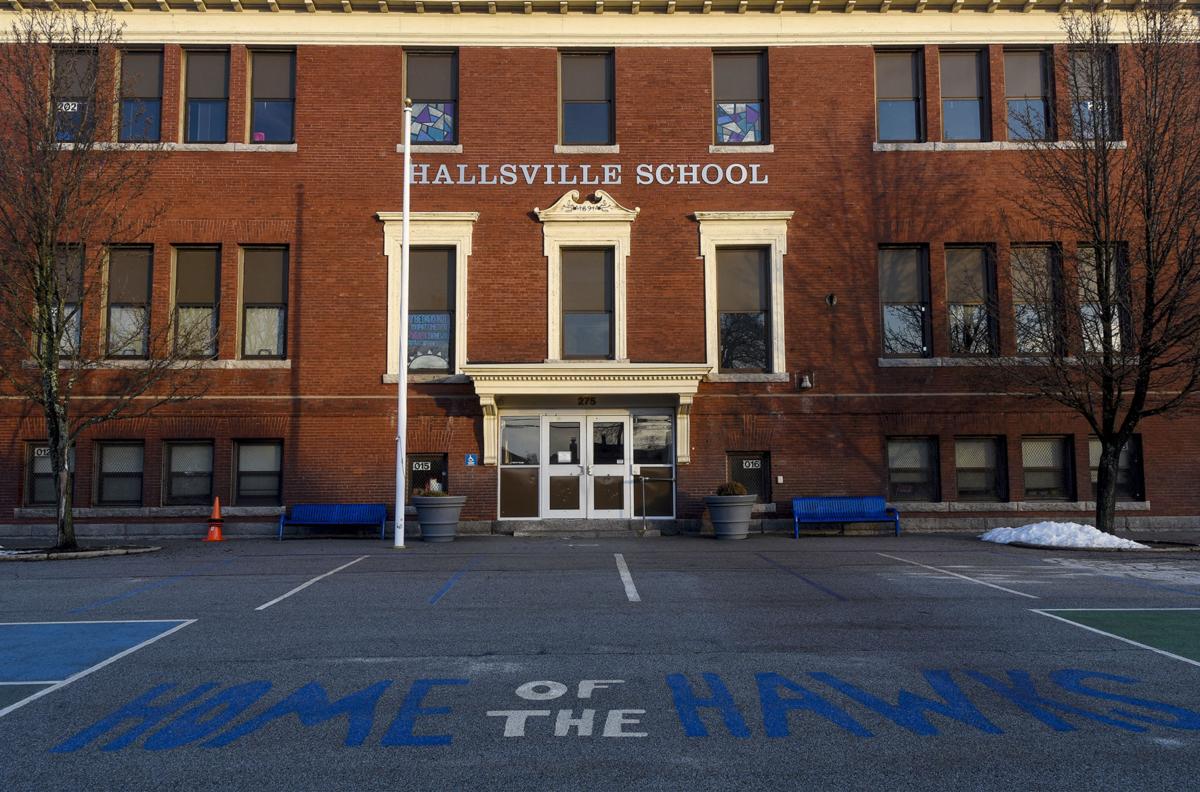 All Manchester public schools at all levels, with the exception of Hallsville Elementary School, will be in hybrid status on Monday. 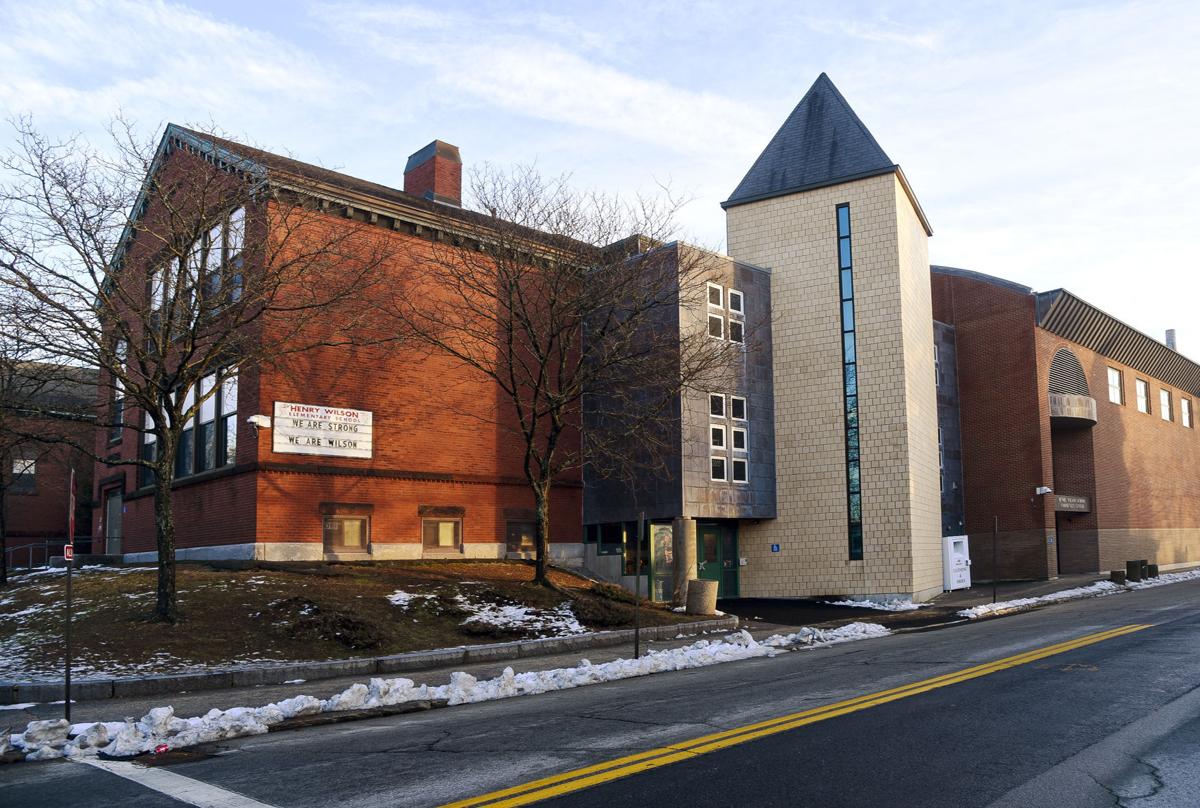 First grade students at Wilson Elementary School in Manchester are moving to remote learning status on Thursday and Friday, after city health officials identified a cluster of COVID-19 cases at the school, school officials said Wednesday. 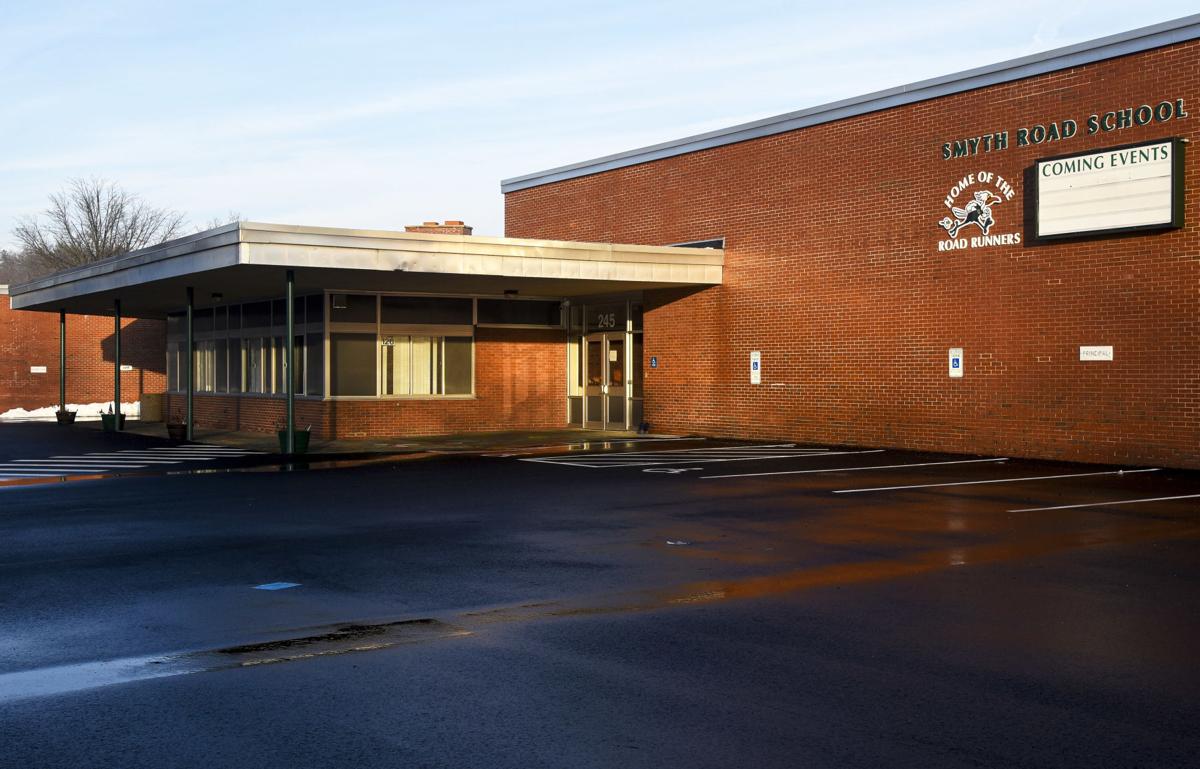 The Smyth Road School in Manchester is shown on Sunday.

All Manchester public schools at all levels, with the exception of Hallsville Elementary School, will be in hybrid status on Monday.

First grade students at Wilson Elementary School in Manchester are moving to remote learning status on Thursday and Friday, after city health officials identified a cluster of COVID-19 cases at the school, school officials said Wednesday.

The Smyth Road School in Manchester is shown on Sunday.

To address declining enrollment and $150 million-plus in deferred maintenance and other costs, Manchester school officials should close four elementary schools and merge two high schools, an audit of the city school district recommends.

The recommendations are being made to address years of declining enrollment and so-called “empty seats” in local schools, which MGT estimates will cost the Manchester school district (MSD) $1.9 million this fiscal year.

“The data are clear — MSD has too many buildings for the number of students it serves,” concludes the report. “Absent changes in student recruitment and retention, enrollment will continue to decline over the next ten years.”

The draft report, conducted in the fall by MGT Consulting Group, will be the subject of a special remote meeting of the school board’s Committee on Finance and Facilities this Wednesday at 5 p.m. 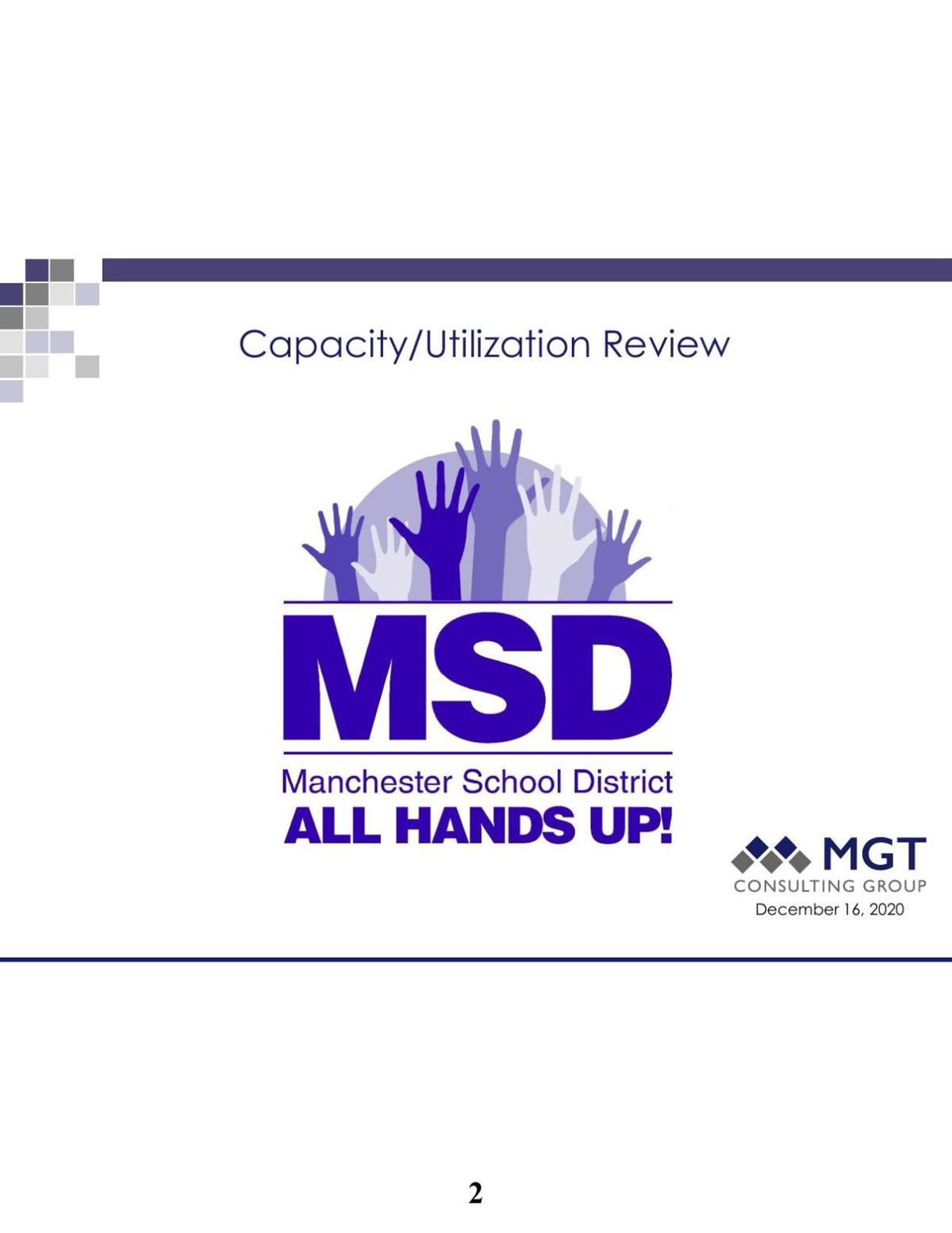 “I have a lot of questions,” said committee chair Art Beaudry, when asked for comment on the report. “We had another report just a few years ago as part of redistricting talks that said we had overcrowding in our elementary schools, and this one recommends closing four of them because of a lack of students. I’d like to know how they came to some of their conclusions.”

In August, the school district contracted with MGT to conduct a facilities audit to study the use of space and develop a master plan for the district.

According to MGT, there are currently 3,701 empty seats in schools across the district, spots formerly occupied by students. The audit reports that number is projected to grow to more than 4,500 over the next 10 years.

MGT estimates Manchester schools are spending $1,981,870.70 on empty seats in FY 2020-21, and could spend more than $20 million over the next 10 years if efforts are not taken to reduce the excess capacity.”

According to the audit, the average age of school buildings in Manchester is 70 years old.

Buildings planned and built before 1980 also don’t include space for Title I, English Language Support, Special Education, or technology, the audit states.

The audit reports many students choose not to stay in Manchester schools. MGT reports a large drop in enrollment between the freshman and sophomore years, and between the junior and senior years. The percentage of incoming freshmen that stay through their senior year is consistently around 60%, according to the audit.

According to the MGT audit, closing the Hallsville, Gossler Park, Smyth Road, and Wilson elementary schools will decrease excess seats in elementary schools from 2,746 to 1,336, and save the district approximately $18,300,000 in deferred maintenance, system upgrades, and capital improvement costs, as well as almost $200,000 annually in utility costs.

The district would also realize cost efficiencies in administrative and operational staff, the report claims.

“Once completed, MSD could combine Webster Elementary and McDonough Elementary into the new school, further reducing excess seats and saving funds that would otherwise be spent on deferred maintenance, lifecycle upgrades, and capital improvements,” the audit states.

Merging MST and Memorial High School to expand the project-based education concept in place at MST;

Move West High School Students to Central High School temporarily so that West can be renovated;

Design and renovate West High School as a traditional school but updated to current educational and athletic standards;

After the West High School renovations are completed, move students from Central to West so Central can be renovated.

Beaudry said the audit report should be considered a draft plan. Several more community input sessions, likely ‘virtual’ events, are expected in the coming weeks, with a final audit report expected from MGT in mid to late January.

AMESBURY, Mass. — Acting Superintendent Elizabeth McAndrews can now drop "acting" from her title after the School Committee voted unanimously Thursday to name her the district's new leader over two other finalists.

More than 600 Derryfield School alumni have signed an online petition calling on the school to remove a parent and conservative advocate from the board of trustees at the private school in Manchester’s North End.

School officials in Litchfield say they recently lost two longtime custodians because the workers were offered better wages in other districts — as much as $4 to $6 more an hour, as well as a $750 sign-on bonus for at least one of them.