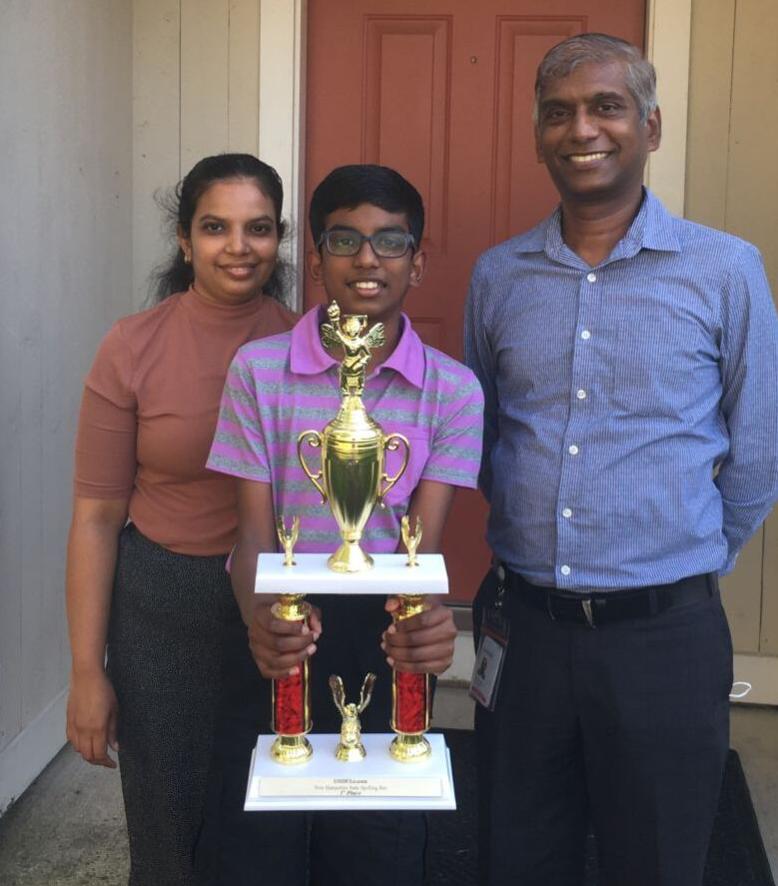 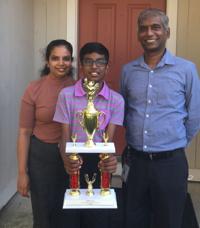 Veerendra and his parents, Veerendra Kumaran and Uma Veerendra at their home with one of his trophies. 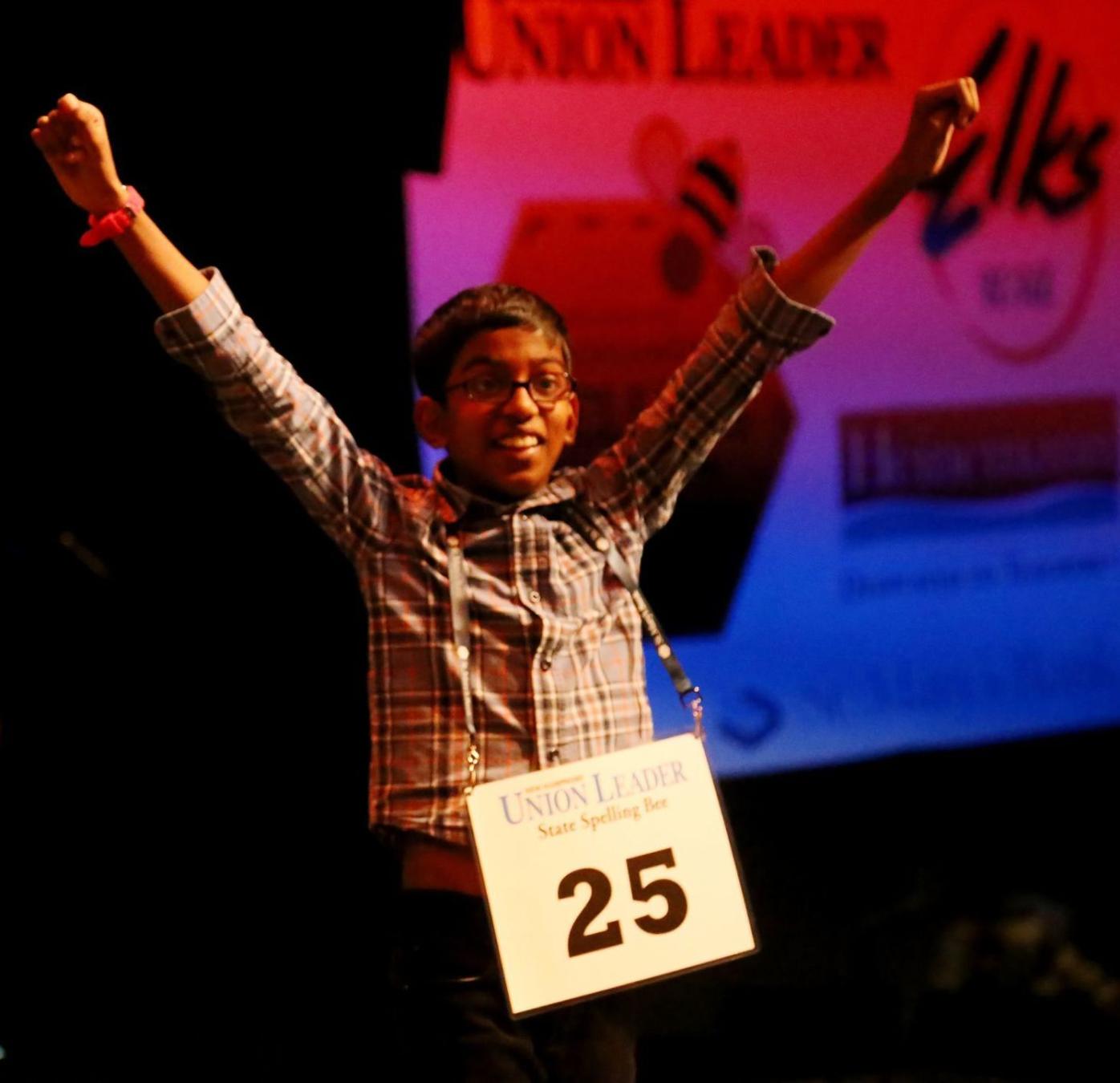 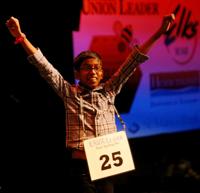 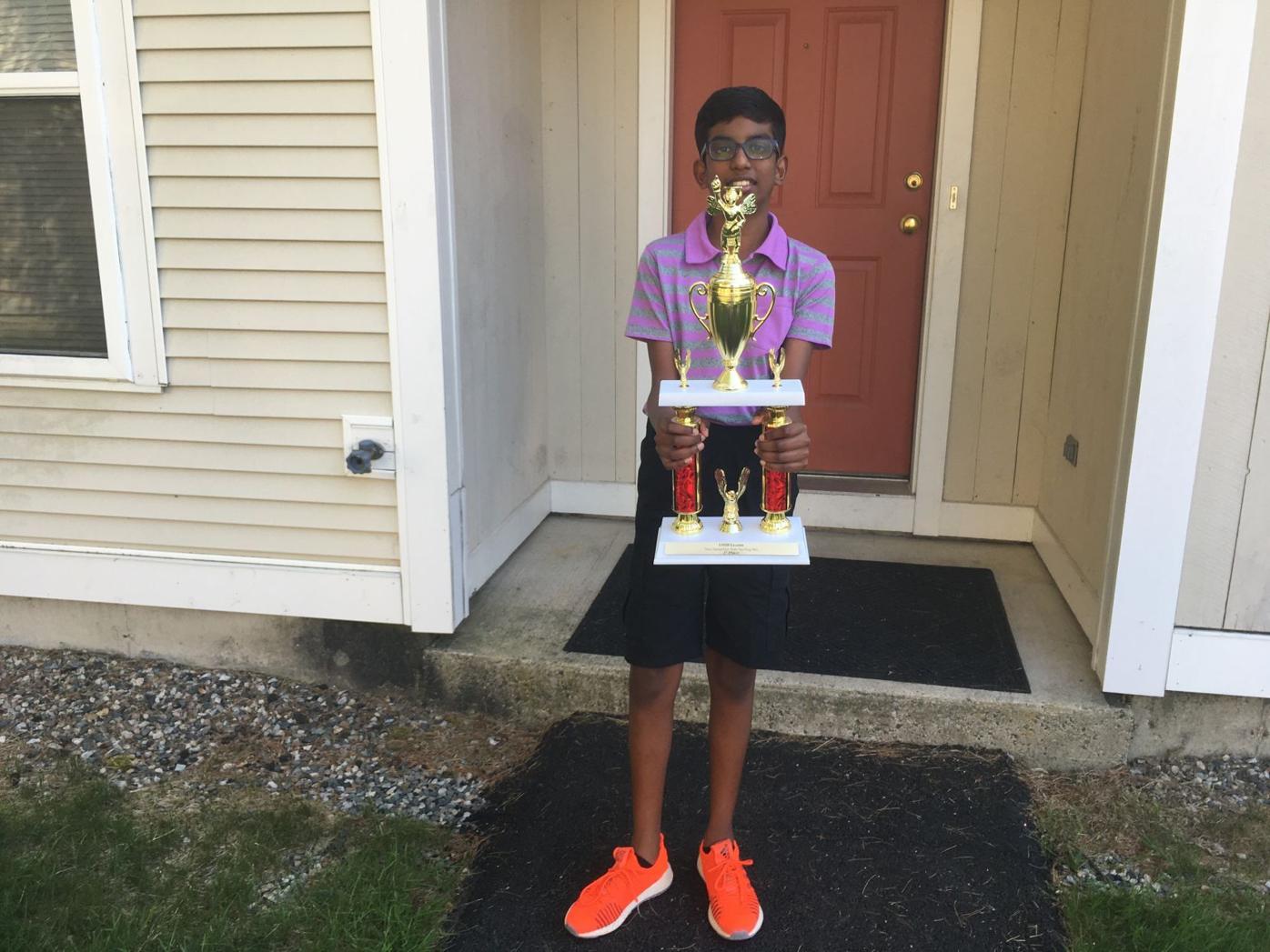 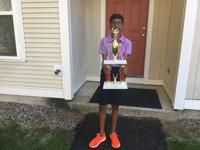 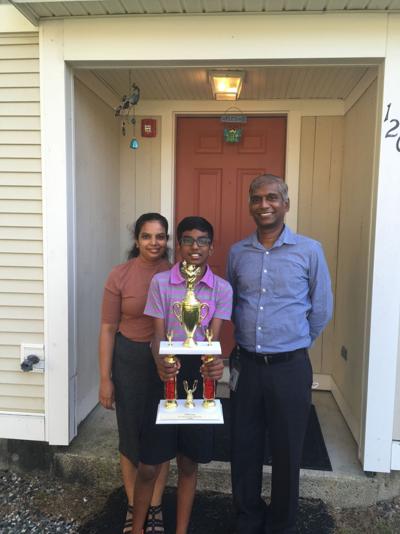 Veerendra and his parents, Veerendra Kumaran and Uma Veerendra at their home with one of his trophies.

In his quiet Portsmouth living room, 11-year-old Aadhavan Veerendra studies for the Scripps National Spelling Bee with a rainbow-colored list of spelling words, a well-worn spiral notebook of definitions and pronunciations, and his mother.

“At a young age, he liked science. Science has very tricky, difficult words,” said his mother, Uma. “He used to write ‘carbon dioxide’ very casually. I thought he had the capability.”

After he correctly spelled “dihedral” and “octogenary” to win last year, Addy was making plans to travel to the national finals, when the event was canceled due to COVID-19.

This March, he won the state championship for the second year in a row, correctly spelling “dhole” — an Asian wild dog — to vanquish 12 other in-person competitors after a virtual first round of 67 spellers.

Now he hopes to advance to the national final in Orlando in July, beginning with a virtual preliminary round on Saturday, which will air on ESPN3.

To prepare, Addy spends an hour and a half to two hours during the week and two to three hours on weekends studying with his mother, who his father, Veerendra Kumaran, credits as the driving force behind their son’s success.

Addy and his mom started their journey when he first participated in a regional round of the Scripps National Spelling Bee at his school in fourth grade.

“Addy is a focused kid. He’s able to allocate time for all the demanding schedules his mother has,” Kumaran said. “They make a really good team.”

Together, they make notebooks that group words together by spellings, meaning and root words, with pronunciations on the side.

Addy said he learns best by listening to words over and over to learn their pronunciation. He then compares the pronunciation to the spelling.

When he has to figure out how to spell a word he doesn’t know during competition, Addy asks for the definition and the language of origin.

“You apply the rules that come with the language,” he said. “Maybe the definition can help with root words.”

Although he said it is impossible to choose a single favorite word, near the top is “kichel,” derived from Old High German.

“It’s a type of baked pastry,” he said. “It has a guttural sound in it, so it sounds interesting.”

Addy said knowing how to spell a lot of words helps him in his favorite subject, animal biology, which has many terms derived from Latin. He said he wants to be a zoologist.

Remote learning during the past school year actually helped his spelling ambitions, because he had more time to practice, Addy said.

Now that he is back at school, he gets informal spelling help from Tara Mickela, a librarian at Portsmouth Middle School. Mickela said she helped found the Wordsmiths club in 2009 while she was a substitute teacher. Over the past several weeks, she has played Boggle and Bananagrams with Addy.

“We talk about words and the roots of them.” she said. “I help him relax.”

This year, the national event will have a new format, with only the final held in-person, according to Stephanie Baxter, the Union Leader’s events and public relations manager.

Addy’s mom said he will participate in the proctored preliminary rounds from Portsmouth Middle School with a computer and microphone provided by Scripps.

In the virtual rounds, Addy will be asked three questions, one per round. If he answers all three correctly, he will advance to the quarterfinals.

“But if he gets one wrong, he is immediately eliminated,” Baxter said.

Portsmouth Middle School Principal Phillip Davis, who said he has not had a student go to nationals in his 23 years in New Hampshire schools, said Addy’s success has been exciting.

Although he has advanced to a high level, Addy said he is still spelling for fun.

“I will definitely try to make it through the rounds, but even if I don’t make it, I am still happy,” he said.

The Class of 2021 had to overcome many challenges, but for graduates of a Southern New Hampshire University program for refugees, the realities of life in a refugee camp meant a near-daily struggle just to access the online courses and carve out time for schoolwork.

Austin Beutner has been an investment banker, first deputy mayor of Los Angeles, and publisher and chief executive of the Los Angeles Times. But none of those jobs were tougher than the position he is soon leaving after the grueling COVID-19 year: superintendent of the Los Angeles Unified Sc…