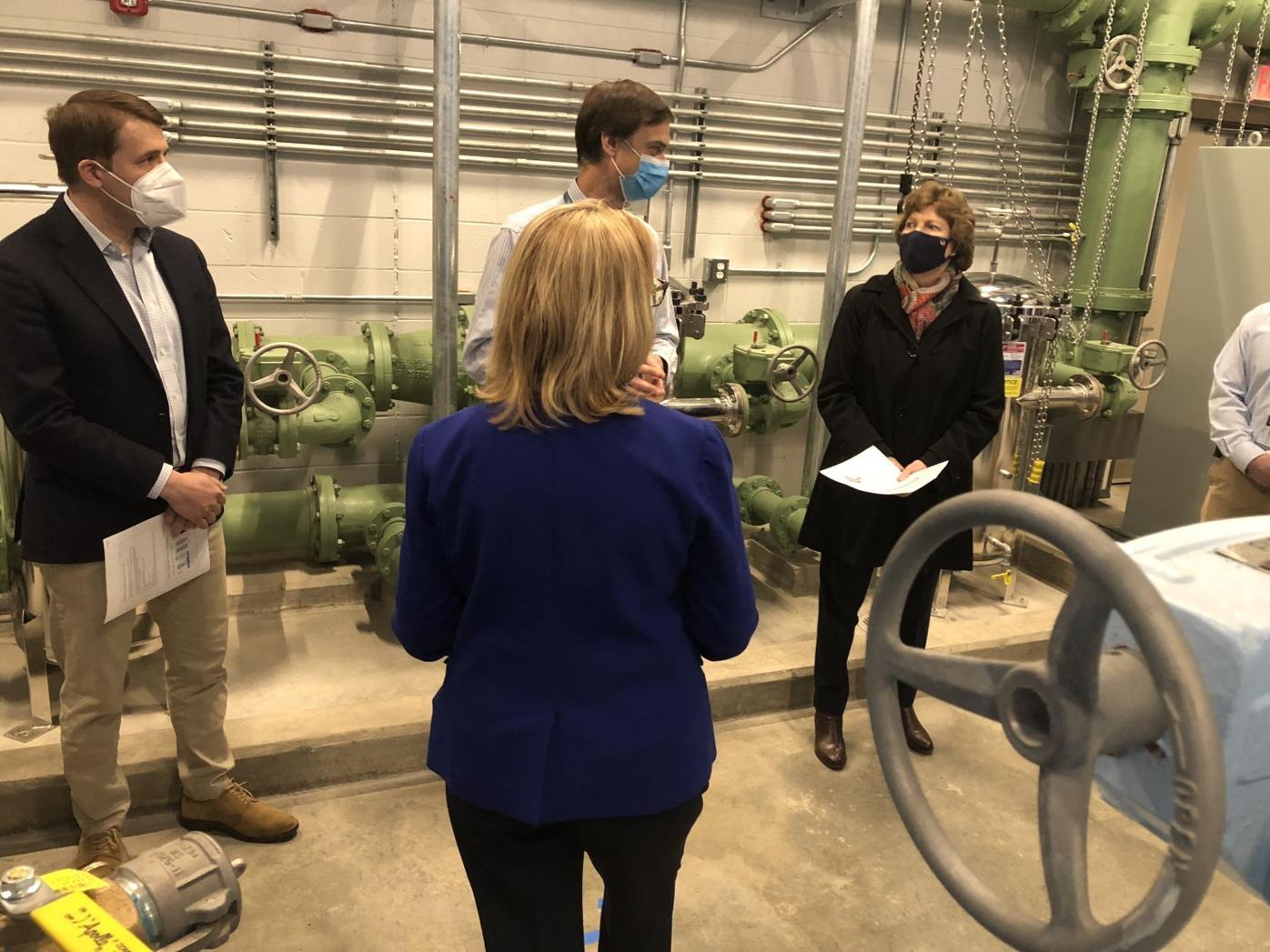 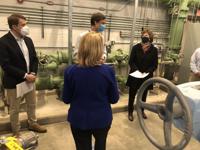 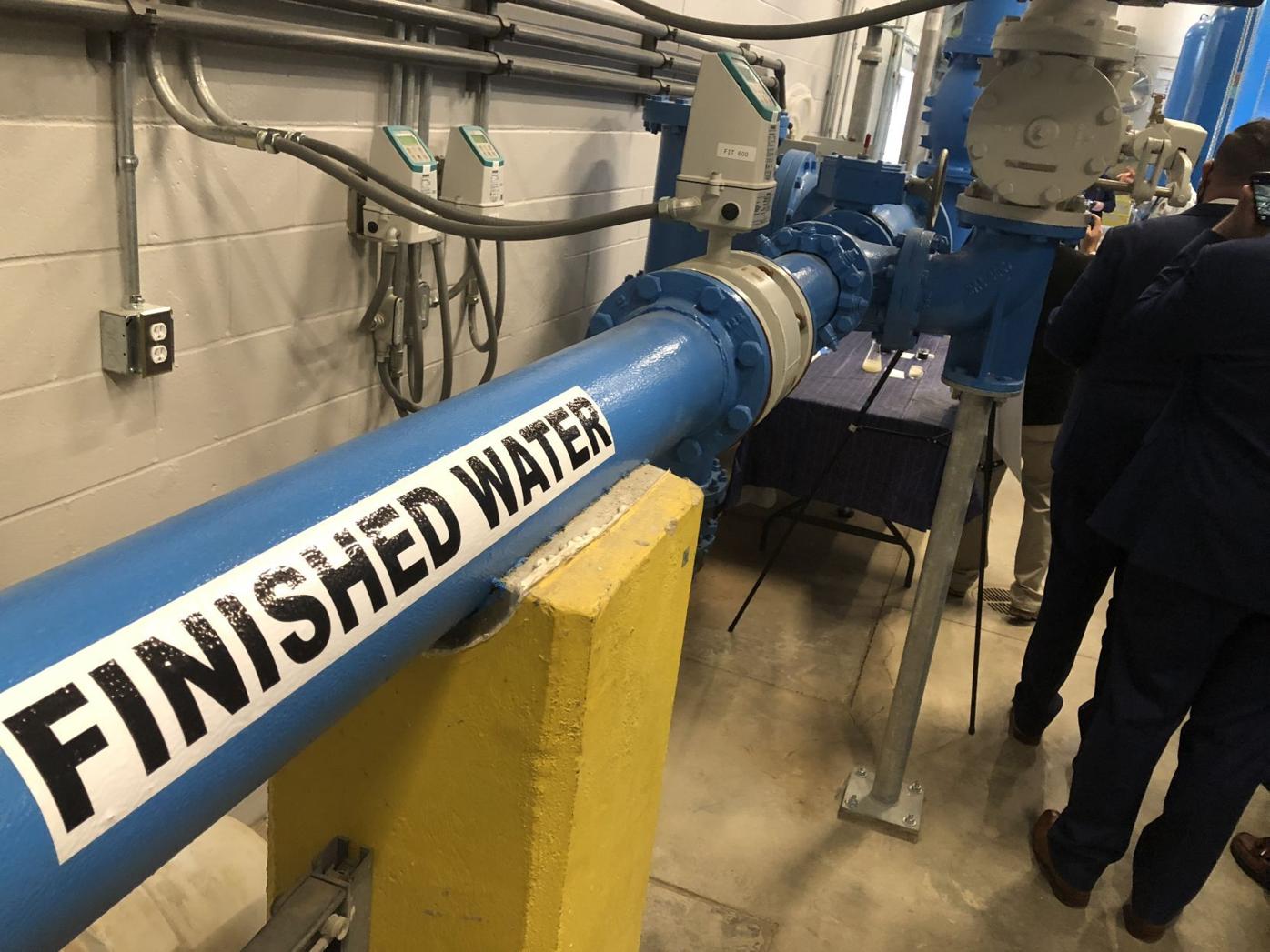 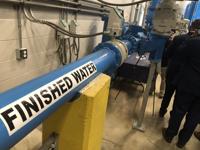 A new water treatment facility at the Pease International Tradeport uses resins and granular activated carbon to remove the PFAS from drinking water.

A new water treatment facility at the Pease International Tradeport uses resins and granular activated carbon to remove the PFAS from drinking water.

The plant at 97 Grafton Drive was hailed as a major milestone in the effort to address growing concerns over per- and polyfluoroalkyl substances commonly known as PFAS in water at Pease and in other parts of the state and the country.

Brian Goetz, Portsmouth’s deputy director of public works, recalled how he received a call from the state seven years ago informing him for the first time that the Haven Well had tested above the preliminary health advisory limit for PFAS.

“We’ve learned a lot, and unfortunately we’re not alone in the discovery of PFAS contamination. The issue has since expanded around New Hampshire and the nation,” he said.

The contamination at Pease was linked to firefighting foam containing PFAS substances from the former U.S. Air Force base.

U.S. Sens. Jeanne Shaheen and Maggie Hassan, Congressman Chris Pappas, and Jennifer Miller, Acting Assistant Secretary of the Air Force for Energy, Installations, and Environment, were on hand for the ceremony and took a tour of the plant, which will treat the contaminated water through a filtration process that uses resins and granular activated carbon to remove the PFAS.

The facility will have the capacity to treat up to 1.7 million gallons of water a day, according to Al Pratt, the city’s water resource manager.

During the summer months, when water usage is highest because of irrigation, Pratt said Pease uses as much as 1.2 million gallons a day.

The city and the Air Force signed an agreement in 2018 to treat PFAS from water supplied by the Smith, Harrison and Haven wells serving the Pease drinking water system. The deal provided the city with funds to reimburse the cost of construction of the final treatment system for all three wells.

The construction of the new Pease facility, which began in 2019, followed extensive research, pilot testing and design of a system to treat the contamination.

Local resident Andrea Amico, who has spent years fighting for testing and cleanup of the water, said she was pleased to see the treatment facility project finished, but stressed that the work isn’t over.

“I think when it comes to PFAS more needs to be done, but we’re continuing to move in the right direction here,” she said.

Amico was praised by many for her tireless efforts to bring attention to the PFAS issue. Her work began after she learned about the contamination while her husband was working for a company at Pease and her children were attending a day care there, and she began to worry about potential exposure.

Shaheen described the facility as a local, state and federal project that’s a model for the rest of the country.

“To see this beautiful treatment plant and all of the work that’s gone into it is a testament, as Andrea says, the cooperative effort that everyone has made to identify a problem and then not take no for an answer, figure out a solution, and get it done for the people of this community and it serves as a real model,” she said.

Hassan spoke of numerous bills that she and Shaheen have co-sponsored in the Senate, including legislation to require the Environmental Protection Agency to set federal safety guidelines for PFAS and to establish maximum contaminant levels for certain chemicals to help clarify the safety and quality of drinking water for public water systems.

Miller said the Air Force will continue to work with the state and local government on the PFAS issue.

“It’s unfortunate to have to come and speak about water contamination, but it’s nice to be getting on the other side of it where we can actually say the Air Force has invested now nearly $65 million into the water treatment and the water processing at Pease … I know that sometimes it can be a frustrating process for the community as we work through all of those efforts, but this is where partnership is so important,” she said.