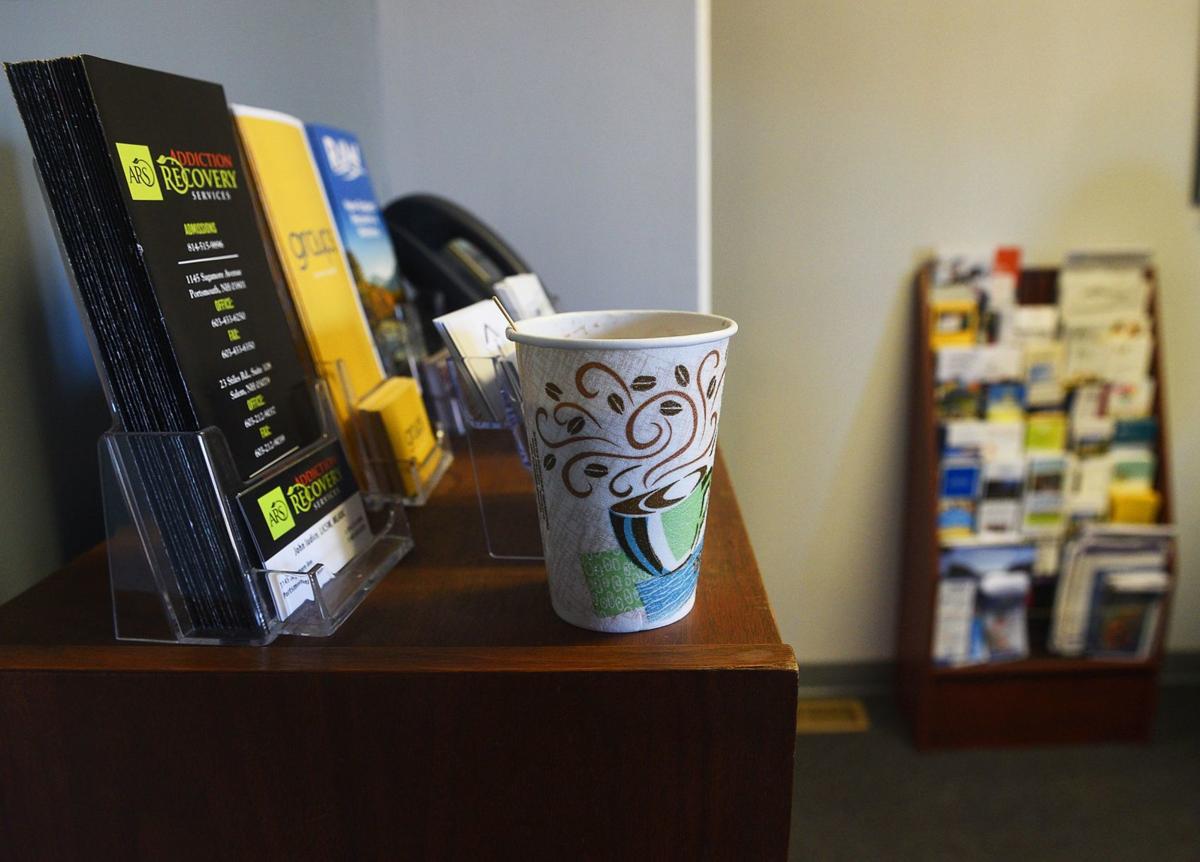 Informational pamphlets and resources as well as coffee and snacks are available as people come for recovery help at The Doorway at Granite Pathways, at their Manchester facility on Belmont Street on Friday.

Catholic Medical Center will take over Doorway responsibilities in Manchester.

Informational pamphlets and resources as well as coffee and snacks are available as people come for recovery help at The Doorway at Granite Pathways, at their Manchester facility on Belmont Street on Friday.

Catholic Medical Center will take over Doorway responsibilities in Manchester.

CONCORD — A year after the launch of the “Doorways” program that aimed to bring addiction treatment resources to different regions of New Hampshire, the number of people looking for help for themselves or a loved one is on the rise, and referrals to treatment remain steady.

In January, 1,064 individuals sought help through the program, according to the state Department of Health and Human Services. The figure includes people seeking treatment, as well as friends and family trying to figure out how to help a loved one.

For the 1,064 individuals served in January, Doorway staff made 520 referrals, including 190 referrals for medication-assisted treatment, and 142 for high-intensity residential treatment. In each of the last four months, more than 1,000 naloxone or Narcan kits were given out.

Gov. Chris Sununu said the large number of individuals who called or walked into “doorways” around the state showed the program was taking off.

“The number of people helped by the Doorways in January demonstrates that as the system takes root in communities throughout our state, more and more people are able to get the connections they need to critical treatment and recovery services,” he said in a statement.

The program was launched in January 2019, with a two-year grant from the U.S. Department of Health. The program aimed to help people seek drug treatment close to home, at one of nine regional “hubs,” most of which were regional hospitals. From there, people are supposed to get referrals to local treatment providers.

But treatment options remain scarce outside New Hampshire’s largest cities. Christopher Stawasz, regional director for American Medical Response, said in January that more people seemed to be seeking treatment in Manchester and Nashua — which may have contributed to a rising number of overdose deaths in both cities in 2019, where overdose deaths were down for the rest of the state.

On Feb. 4, Sununu announced the contractor that ran the Manchester and Nashua Doorways would be replaced. Commissioner Lori Shibinette of the Department of Health and Human Services said Granite Pathways had failed to build relationships with local treatment providers. In the coming months, Catholic Medical Center in Manchester and Southern New Hampshire Health in Nashua will take on Doorway duties in those two cities.

Granite Pathways also ran the Manchester youth treatment center where there were five overdoses in November, before the center was closed and Sununu ordered the state to reevaluate all contracts with Granite Pathways.

CONCORD — Gov. Chris Sununu announced Tuesday that hospitals in Manchester and Nashua will assume the “Doorway” functions of the state’s opioi…

Aldermen to study changes to address addiction, homelessness in Manchester

MANCHESTER — The Doorway NH, the state’s new “hub-and-spoke” treatment and recovery program for those struggling with addiction, is designed s…

Overdose deaths in Manchester up 13% year-to-date

Fatal overdoses in Manchester are up 13% compared to a year ago. Nashua opioid overdose deaths are down 24% over the last year.

MANCHESTER — Two months after Gov. Chris Sununu shut down a residential drug-treatment program for teens in Manchester, the state is taking th…

MANCHESTER — State officials have told Granite Pathways to suspend all admissions to its youth treatment center in Manchester, after five pati…