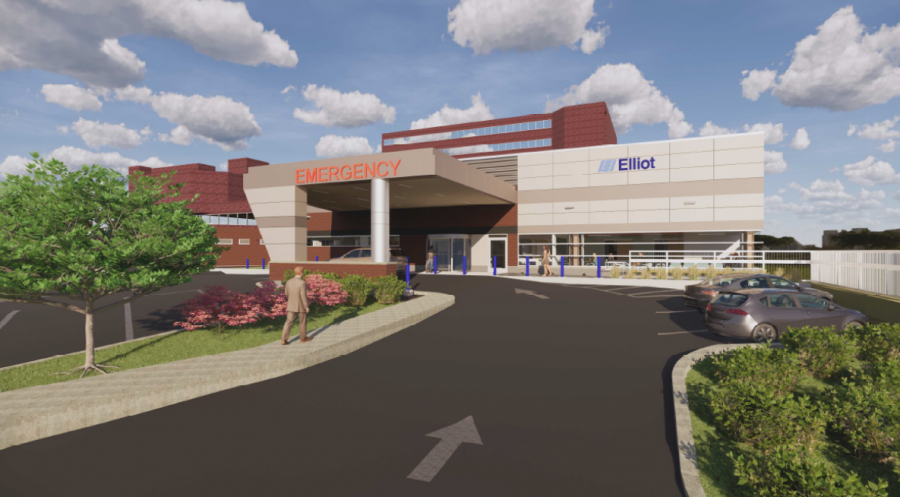 An artists rendering of the new emergency department at Elliot Hospital in Manchester. 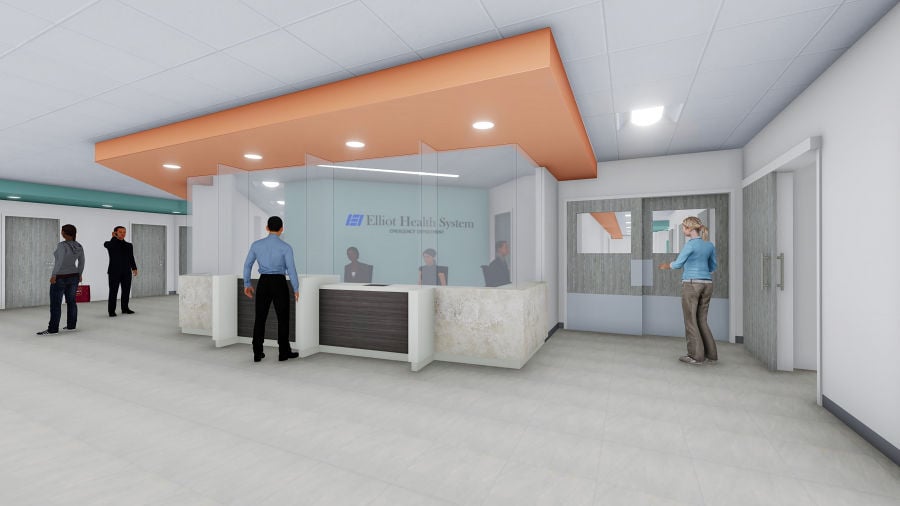 A rendering of the interior of Elliot's new emergency department

An artists rendering of the new emergency department at Elliot Hospital in Manchester.

A rendering of the interior of Elliot's new emergency department

A new emergency department is under construction at Elliot Hospital.

The 22,000-square-foot addition in Manchester will include three new trauma bays and 32 private exam rooms, according to the hospital’s website.

The news comes as Catholic Medical Center decided to delay the start of its expansion project by a year given the financial blow caused by the COVID-19 pandemic. Hospital officials now expect to break ground on the nearly $200 million project next spring.

Elliot, which is a member of SolutionHealth, a regional health care organization that represents a combination of Southern New Hampshire Health and Elliot Health System, did not disclose how much its project will cost.

The project began in 2017 when the hospital decided to reconstruct the layout of its Psychiatric Evaluation Program, according to the news release. The relocation of six patient bays in the emergency room was not ideal, according to Ann Lawrence, director of facilities planning for SolutionHealth.

“There are currently only curtain barriers, which are not optimal for infection control or patient privacy. That’s when we decided it was time to overhaul the department and make it a priority,” she said in a statement.

The addition is being built in the existing parking lot outside the emergency room. The design team visited emergency departments at three area hospitals.

“Providers and nurses were able to come into the mock rooms and make changes to the design. So, they got to live and feel those rooms before we built them. We are really optimizing the ‘seconds count’ motto in this new emergency department,” Lawrence said.

“The new (emergency department) was designed to accommodate the needs of the growing Greater Manchester community by increasing bed capacity, providing advanced technology and most importantly providing increased privacy and safety within the busiest emergency department in the state,” said John Leary, director of emergency services at Elliot Health System, in a statement.

The project was supposed to launch last March, but was delayed because of the pandemic.

The team reconsidered the layout before construction started.

“We looked at the design and asked, ‘what are some of the changes that we would make now that we know what we know about COVID-19 and infection control?’” Lawrence said. “We ended up making several changes to the reception area, waiting room, and triage area because that’s really where staff were feeling the pressure during the pandemic.”

The renovation will be completed in three phases. The project is expected to be completed by the summer of 2023.

“As this project takes shape, traffic flow and parking availability near the existing emergency department may be impacted,” a note on the hospital’s website reads.

The hospital is offering 24/7 valet parking for free at the emergency room entrance.

The use of the existing emergency department has not been determined.