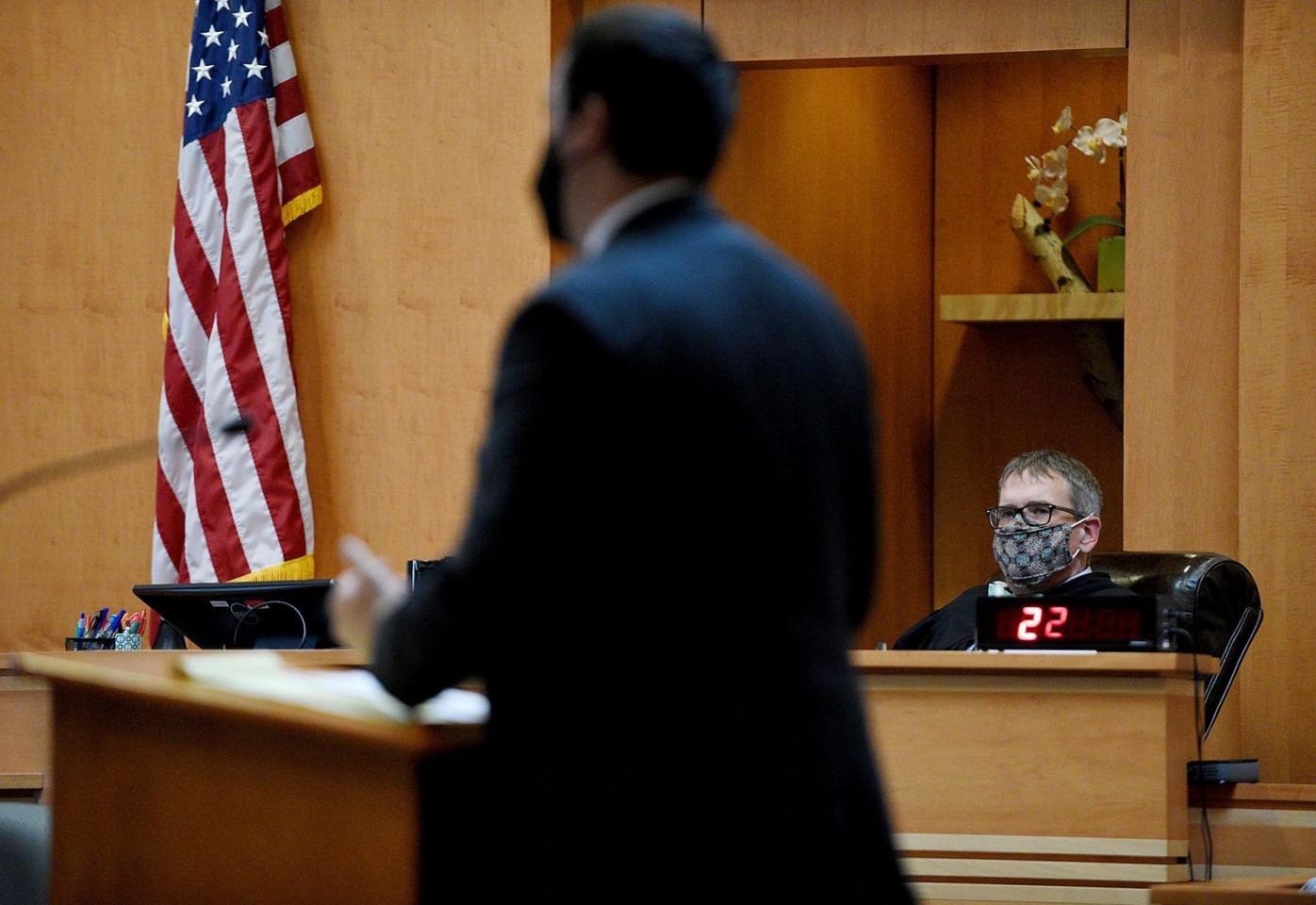 Judge Will Delker listens as prosecutor David Jenkins questions a potential juror for the first trial which begings on Wednesday at Hillsborough County Superior Court in Manchester on Oct. 6, 2020. 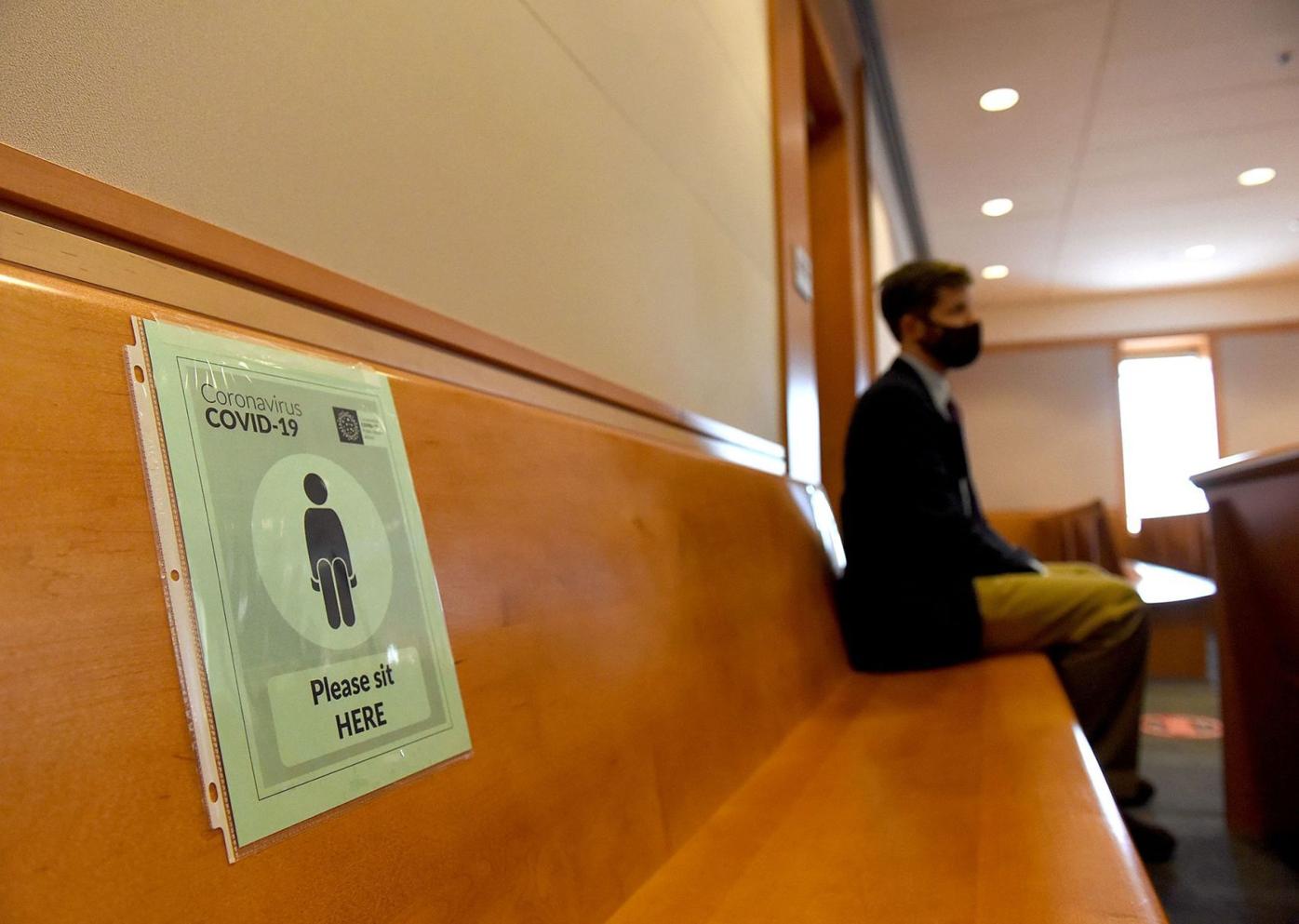 County Attorney Michael Conlon sits in on jury selection at Hillsborough County Superior Court in Manchester on Oct. 6, 2020. New protocols are in place including a very limited amout of seats for attorneys and members of the press. 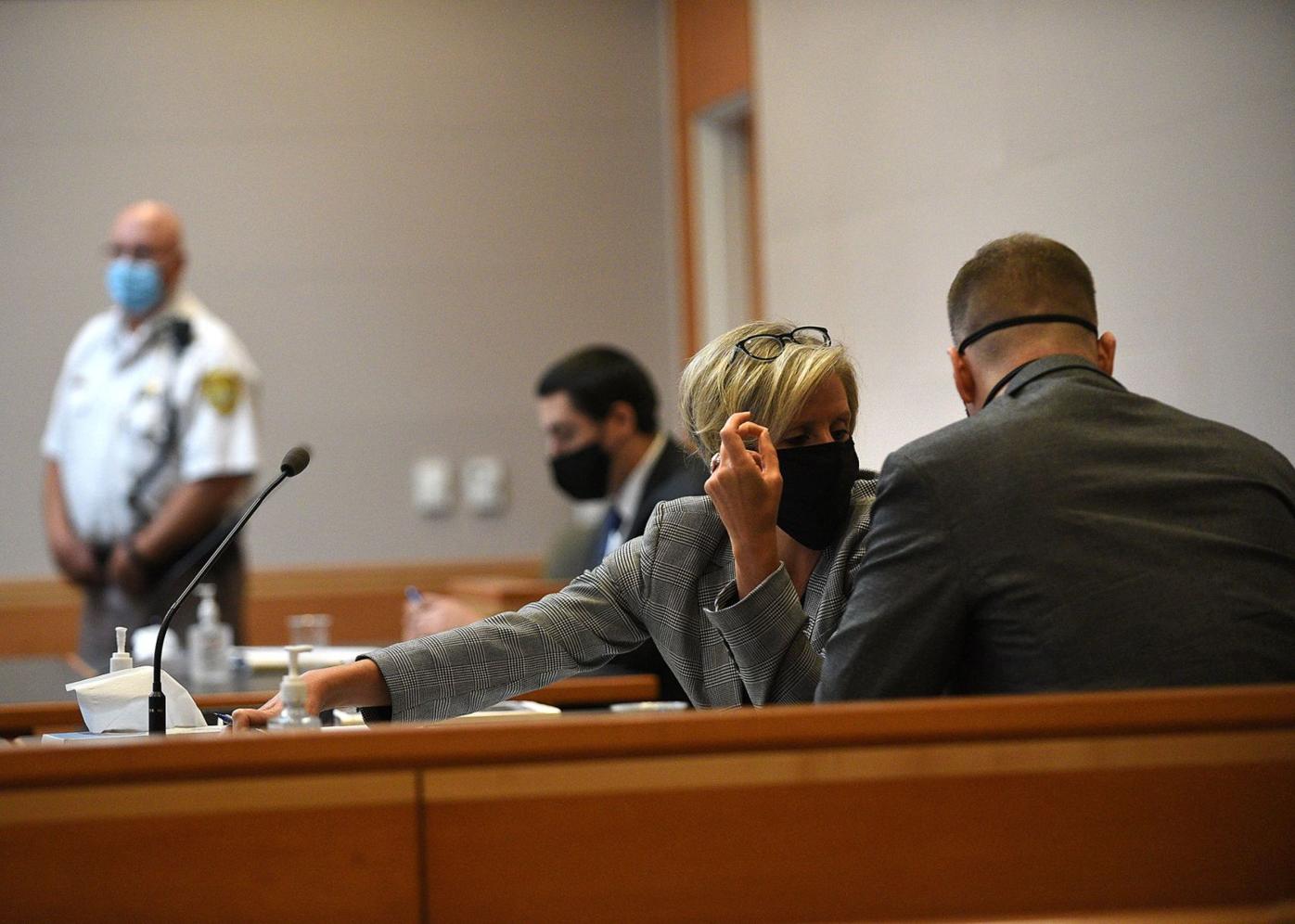 Defense attorney Jaye Rancourt speaks with her client, John Westcott, during Jury selection for his trial at Hillsborough County Superior Court in Manchester on Oct. 6, 2020. 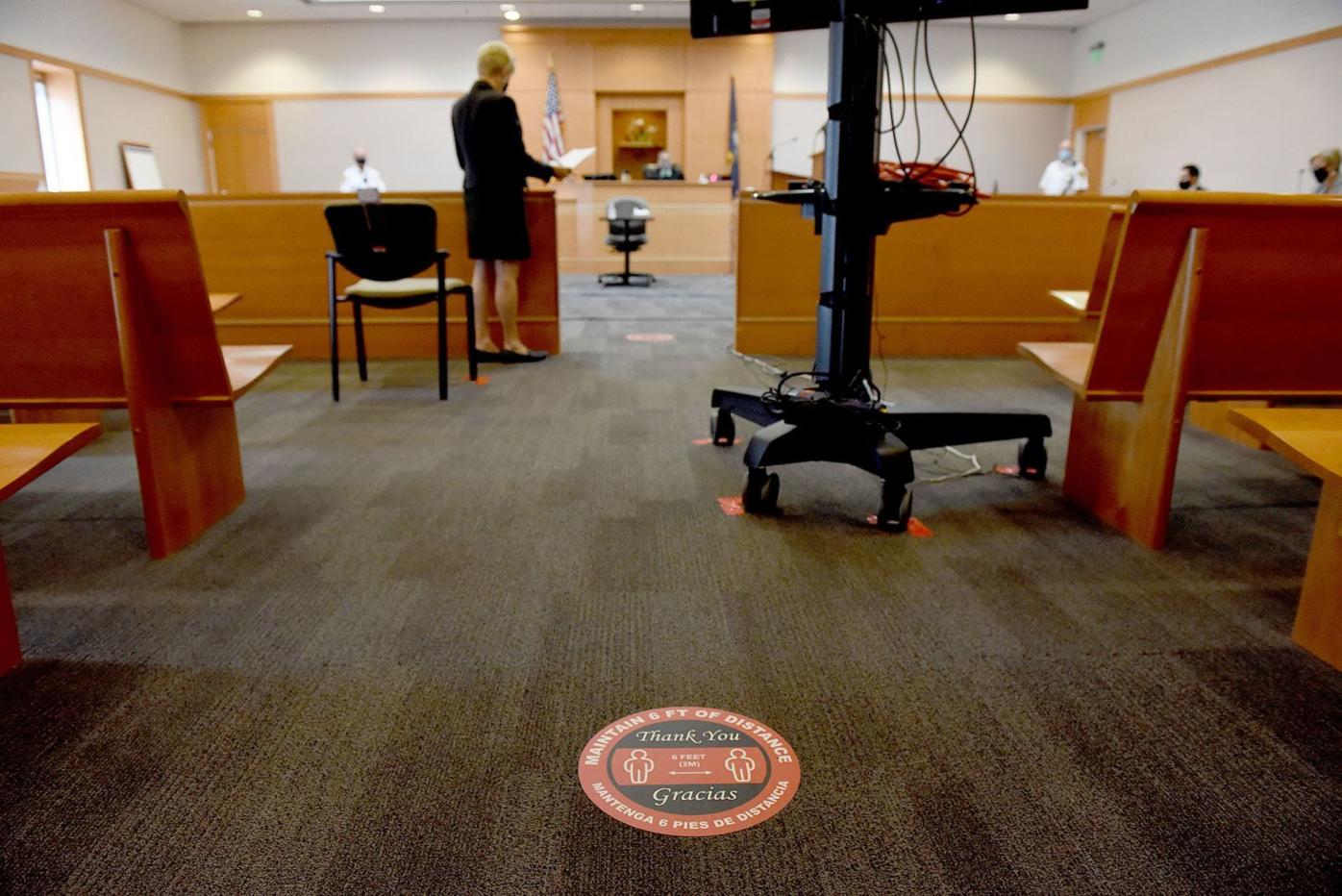 As Hillsborough County Superior Court hosts its first trial in half a year on Wednesday in Manchester, critics are unhappy with plans to livestream trials, including victim testimony, especially in cases involving sexual assault or domestic abuse.

County Attorney Michael Conlon and a victim-rights advocate expressed concerns about the live broadcasts on the New Hampshire Judiciary website.

Although the victim in Wednesday’s trial is aware of the broadcast, Conlon said he worries that the process could discourage victims from testifying in future trials.

“We want victims to feel safe and secure in the criminal justice process. It’s very important that the public have access to the trial, but we also want to minimize impact to victims of crime,” Conlon said.

Once testimony is widely distributed, anyone can edit it and post it to social media with negative comments, he said.

According to Tina Nadeau, chief justice of the Superior Court, livestreaming provides public access to trials. Anyone watching must certify that he or she will not record the trial.

Victims will be named and shown, and their testimony livestreamed, unless prosecutors raise valid legal reasons for not doing so, she said.

“Pre-COVID-19, members of the public who attended the trial would occasionally record proceedings without detection. It is our hope that the certification process will provide the necessary protection to all witnesses from the re-broadcasting of their testimony,” Nadeau said in an email.

The New Hampshire Coalition Against Domestic and Sexual Violence believes the court should rethink whether to livestream cases that involve intimate partners, said Amanda Grady Sexton, the organization’s director of public affairs.

In most trials, judges can take steps to protect victims, and the media is willing to not publicize names and images of sexual assault victims, she said. That protection is lost in a livestream.

She envisioned hundreds of people — some school children perusing the internet — watching a sexual assault trial where no provisions are made to protect the safety and privacy of the victim.

“This isn’t a victim-centered approach,” she said about the livestreams. A delay would allow the courts to consult with interested parties such as her organization, she said.

The criticisms come on the eve of the second trial to be held in state courts, which have been closed to most public access since March.

The trial involves Manchester-resident John Westcott, 37, who has appealed a District Court finding that he violated a temporary restraining order when he made eye contact with a former partner in a movie theater.

His lawyer and the prosecutor have asked the judge to make numerous rulings involving the livestreams and COVID.

Assistant County Attorney David Jenkins filed objections to the livestream. Westcott’s lawyer, Jaye Rancourt, wanted the court to livestream the initial questioning of jurors and to have the juror box be part of the broadcast.

Superior Court Judge Will Delker rejected streaming images of the jury, ruling that “live feed in the modern age could easily render them susceptible to juror intimidation, public backlash, or doxing (publishing their private information on the internet).” He ruled that the livestreaming can go ahead.

In preparing for the resumption of trials, court officials instituted a number of protections, including face masks, social distancing and temperature checks to limit transmission of COVID-19.

Courtroom One at the county courthouse has been transformed for the new trial. Tables for opposing lawyers will face the jury, not the judge. Lawyers will have separate podiums and microphones.

Jurors are spread across the jury box, the well of the court and the first two rows of the public gallery.

A video monitor is installed in the aisle. Four seats are reserved for the media and the public.

“Bringing our courts back to regular operation as well as we can given COVID restrictions is a high priority,” said Susan Warner, a spokeswoman for the court system.

“We’re cautiously excited,” Conlon said. “We want things to progress. We want to reach finality in these cases.”