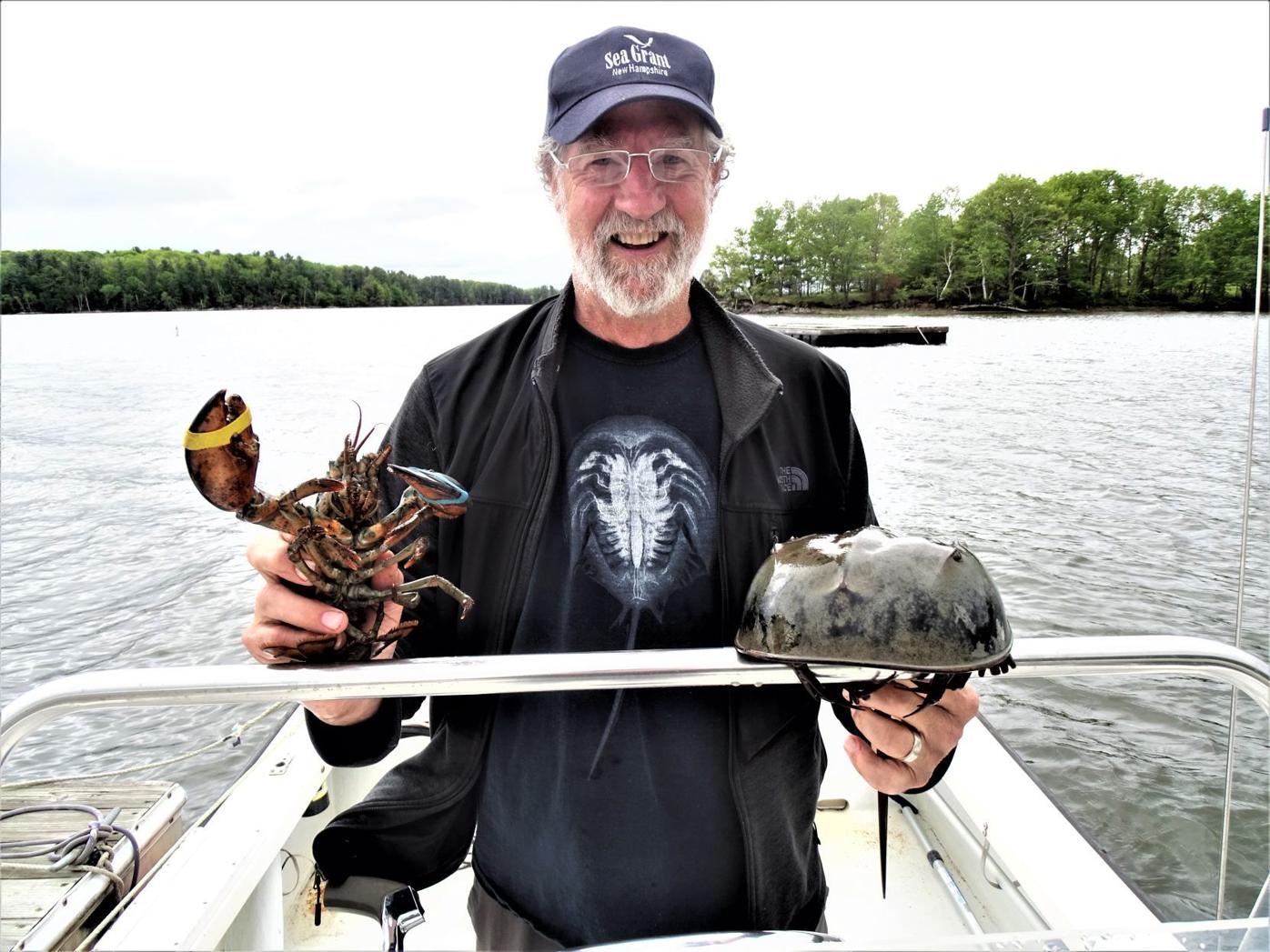 Win Watson dedicated his career to studying lobsters and horseshoe crabs. With horseshoe crabs and their contributions to any potential COVID-19 vaccine in the news, he and a colleague have suggestions for protecting the 450-million-year-old species. 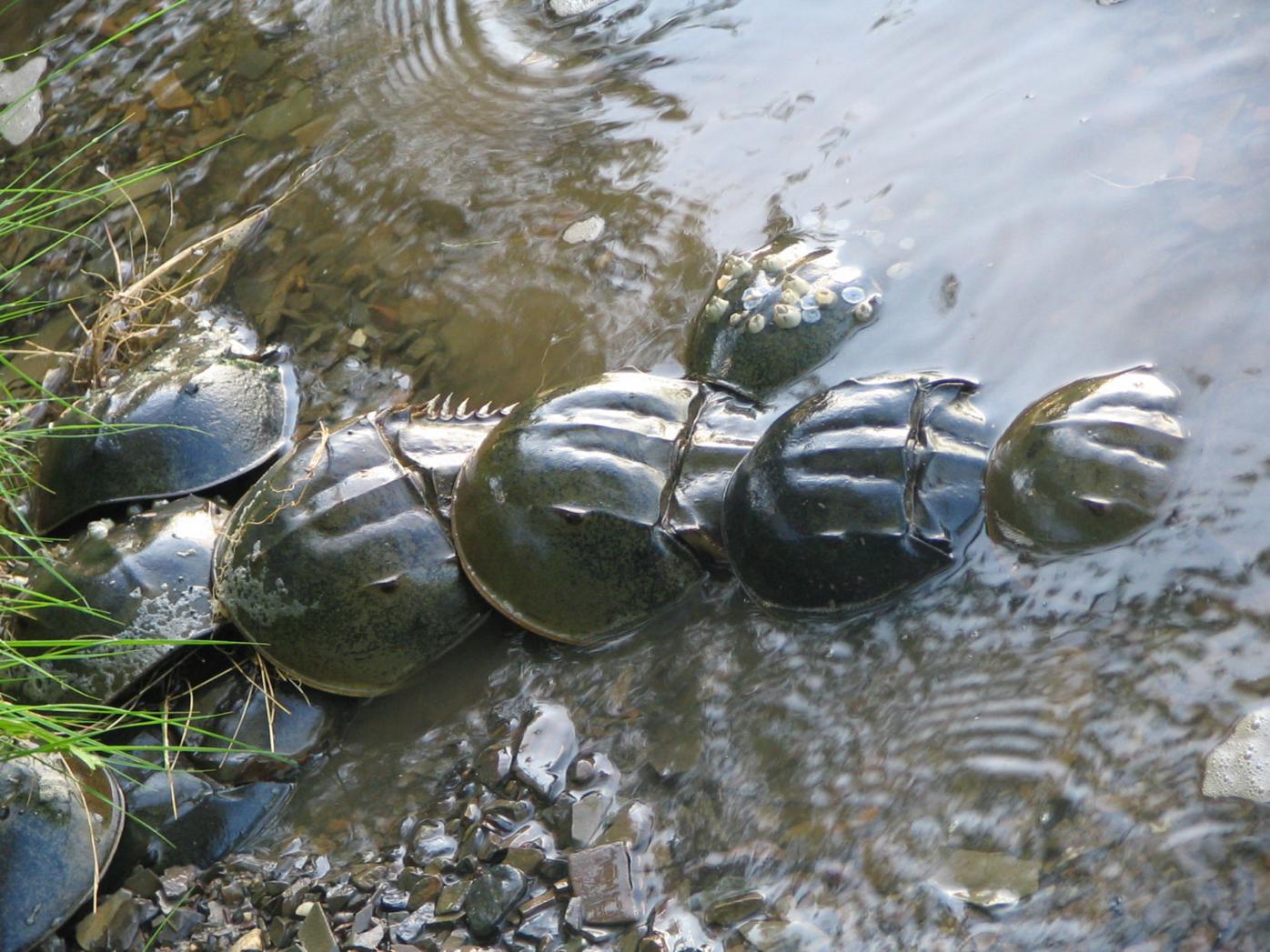 Horseshoe crabs are typically harvested in the spring when they mate. Their blue blood is used by the medical industry to detect contaminants.

In the race for a COVID-19 vaccine, horseshoe crabs are essential workers doing a high-risk job.

Atlantic horseshoe crab blood is vital in testing for a COVID-19 vaccine because cells in the crabs’ primitive immune system defensively clot when they encounter bacteria that could be lethal to humans.

That’s why drugs certified by the U.S. Food and Drug Administration must be tested using Limulus amebocyte lysate, the clotting agent found in the horseshoe crab’s blue blood.

The rush to create a vaccine that will combat the pandemic has put horseshoe crabs in widening demand.

A Portsmouth facility owned by the Lonza Group in Switzerland is scheduled to begin making batches of active ingredients for Massachusetts-based Moderna’s trial COVID-19 vaccine starting in July.

Lonza has a 10-year deal with Moderna to supply up to a billion doses of the vaccine annually, and Lonza Walkersville in Maryland is one of four U.S. sites processing the clotting agent.

“We know the technology, we feel comfortable with the manufacturing steps. If we can accelerate, let’s do it. This is pandemic speed,” Baehny said.

The horseshoe crab’s rising profile has heightened concerns among New Hampshire scientists who have been studying the crabs for years. They say more can be done to protect the species during the process of bleeding them for testing material.

Win Watson, a recently retired University of New Hampshire biological sciences professor, said that during the process, up to 30% of horseshoe crabs’ blood is drained. Between 10% and 40% of the crabs end up dying, he said.

Although a synthetic product called recombinant Factor C could provide an alternative, U.S. labs don’t consider it of the same standard as horseshoe crab blood in testing for contamination.

Bleeding has other, non-lethal side effects, experts say. For example, because they are fatigued, female horseshoe crabs bled at the beginning of the mating season may not visit beaches to lay eggs as often as those not subjected to the process, said Watson, who spent 41 years studying lobsters and horseshoe crabs.

Watson has worked with Chris Chabot, a professor of neurobiology, physiology and behavior at Plymouth State University, for years studying horseshoe crabs and their patterns. The two have some suggestions for harvesters collecting the crabs for bleeding that would make the process more humane and efficient, as well as help maintain supply.

“So, the removal of blood is a stressor, but then in some cases, at least in the past, they have been out of the water for two days. They’re tough critters, but that’s a long time for a marine organism to be out of water,” Chabot said.

Chabot and Watson said horseshoe crabs are more likely to survive if they are kept cool in an aerated water tank, similar to what lobster boats use, while they being transported to and from bleeding facilities.

Chabot and Watson say the survival of the 450-million-year-old species is important not only for human health, but for a number of ecosystems. Birds depend on the eggs horseshoe crabs lay on the beach and, as the crabs eat, they turn over key nutrients in the mud.

Watson said that given the increasing reliance on horseshoe crabs for medical purposes, now might be the time to ban the use of the crabs as bait.

According to the Atlantic States Marine Fisheries Commission, since the mid- to late 1990s, horseshoe crabs have been sold as bait for the eel and whelk pot fisheries. In 2018, almost 660,000 crabs were harvested for that purpose.

Lonza to begin manufacturing COVID-19 vaccine in NH next month

VISP, Switzerland - Lonza is confident that U.S. and Swiss plants it is building to help make Moderna's COVID-19 vaccine candidate will be ready for commercial production this year, executives at the Swiss company said on Tuesday.

LONDON - Oxford University said on Wednesday it would study whether the world's best-selling prescription medicine, adalimumab, was an effective treatment for COVID-19 patients - the latest effort to repurpose existing drugs as potential coronavirus therapies.