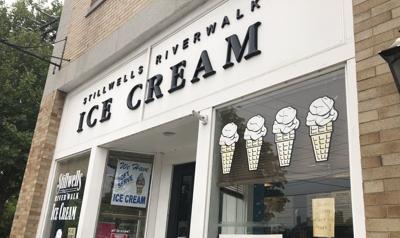 A photo snapped by someone outside Stillwells Riverwalk Ice Cream of kids in baseball uniforms on the sidewalk was the cherry on top for owner Arielle Wolfe.

The image, taken Monday night when the children stopped by the popular downtown Exeter shop for ice cream, was sent to Stillwells with a complaint that the boys weren’t practicing social distancing or wearing masks, though at least a couple can be seen with masks.

The photo is the latest in what Wolfe calls a series of nit-picking incidents that have left her frustrated and saddened for the youngsters who are trying to make the best of an upside-down summer.

Wolfe has had enough.

She took to Facebook — in all caps, no less — to make it clear that neither she nor her employees are the sidewalk mask and social-distancing police.

“Please stop with the mask drama. We cannot control what people are or are not wearing on a public sidewalk. Stillwells is not the dictator of Water Street. Do not send us pictures of the local youth sports teams trying to enjoy a treat after practice and complain about them. They are kids trying to enjoy themselves.

If you don’t like large groups of Exeter little kids trying to get an ice cream, come back later. Don’t take photos from your car and Facebook them to us because some kids aren’t wearing masks.”

Of the seven Stillwells locations in the area, Wolfe said the Exeter shop has been the most difficult to deal with during the coronavirus pandemic.

“People want us to police every single person with an ice cream cone on Water Street and tell them where they can stand. I can’t do that. I can only control what I can control, and that’s what’s happening inside my store,” she said Tuesday.

In response to Monday’s dust-up, Wolfe said she would like the kids who were the targets of the complaint to come back for a free ice cream. She’s not sure where they’re from, but she hopes they’ll find out about her offer.

“I just felt bad there was all this negativity over something that should be a good thing. Everybody has been through so much and everybody has been stressed out. Kids were pulled out of school. There’s been no sense of normalcy for months,” she said.

Wolfe said about half the kids in question were wearing masks.

Stillwells requires that its employees wear masks, among many safety precautions.

Several signs have been posted on the windows and front door with guidelines from the Centers for Disease Control and Prevention. They include the recommendation that customers wear masks when ordering.

The shop has placed a table inside the front door to keep customers in the doorway when ordering.

Customers have been lining up along Water Street, where blue tape has been placed on the sidewalk to encourage social distancing.

Town Manager Russ Dean said he has received no complaints about the situation outside Stillwells.

Wolfe recalled how some customers have argued and one complained that four teenagers were standing too close.

“It seems like a lot of people are super nice, and then there are some people who are very intense in a negative way,” she said.