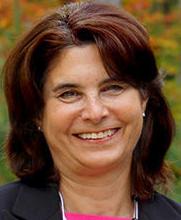 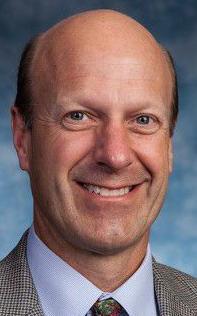 James Ramsay is a professor of security studies and coordinator of the Homeland Security program at the University of New Hampshire.

Last week, Joan Ascheim was doing some soul-searching with colleagues about whether to cancel their upcoming annual meeting because of the threat of the coronavirus.

It isn’t just any conference. Ascheim is executive director of the New Hampshire Public Health Association.

“So on the one hand, it seems like being overly cautious, but on the other hand, can you be overly cautious?” she asked. “We are a public health agencies organization so there’s a little more pressure to make the right decision.”

In the past, Granite Staters have met natural disasters with resilience, taking care of each other after hurricanes, floods and blizzards that wrecked lives and temporarily paralyzed communities. The state has weathered the effects of wars and man-made disasters, including the 9/11 attacks and the Global War on Terror.

But this outbreak feels … different.

People are hunkering down, stockpiling food and toilet paper, and viewing their coughing neighbors with suspicion. Despite a constant barrage of information, we’re rattled by how much we don’t know.

And when actor Tom Hanks, America’s favorite Everyman, announced last week on social media from Australia that he and his wife, Rita Wilson, have the illness, suddenly we all seemed vulnerable.

Even before President Donald Trump imposed a ban on travelers from most of Europe and declared a national emergency on Friday, the coronavirus pandemic had prompted a massive response in New Hampshire and across the country.

The word everyone keeps using is “unprecedented.”

Professional baseball, hockey, basketball and soccer suspended their seasons, and the NCAA canceled all games, including its iconic March Madness tournaments. The Boston Marathon and the Masters golf tournament have been postponed. Broadway will go dark for at least a month and the Metropolitan Museum of Art, Metropolitan Opera and Carnegie Hall in New York City are closed. So is the Louvre in Paris. South by Southwest was canceled, Coachella and Stagecoach are postponed until October, and the stock market plunged.

You have to go back more than a century, to the Spanish influenza epidemic of 1918-19, to see the sort of widespread impact posed by the coronavirus threat.

The flu killed approximately 2,700 in New Hampshire, and tens of millions worldwide. So many people were dying that families were instructed to leave bodies outside for the undertakers to collect.

Hotels and private clubs were turned into makeshift hospitals. Manchester ordered the church bells silenced, to give those who were sick “rest and quiet.” The public was urged to discontinue visiting, and shoppers were asked “to remain in stores no longer than necessary.”

As of Saturday, New Hampshire has identified just seven cases of COVID-19. Yet even as Gov. Chris Sununu is urging Granite Staters not to panic, anxiety is growing.

Grocery stores are packed as panicked residents stock up on food and household necessities in case they’re stuck at home for a lengthy time. Some communities, including Manchester, Nashua and Bedford, are closing schools, and colleges are extending their spring break periods and moving to online instruction.

The federal court has postponed jury trials, grand juries and naturalization ceremonies. The state Superior Court is rescheduling all civil and criminal trials for at least a month.

And on Friday, Sununu declared a state of emergency, outlining 18 steps, including a ban on visitors at nursing homes and assisted living centers.

Staring at the unknown

James Ramsay, professor of security studies and coordinator of the homeland security program at the University of New Hampshire, said the COVID-19 threat feels unprecedented because it is “unfolding before our very eyes.”

Unlike sudden, extreme events such as tornadoes or terrorist attacks, this crisis is evolving daily. “And the human psyche is not built to endure that,” Ramsay said.

Meanwhile, the federal government has been slow to respond to the threat, he said. “And as a consequence of all this, what you find is uncertainty. And uncertainty breeds fear,” he said.

“And so people don’t assume the best; they assume the worst, and then they respond by buying up all the toilet paper at Walmart or all the Lysol off the shelves at Target, or all the masks….”

Ramsay, who has a doctorate in population health, blames the chaos on lack of preparedness.

“Rationality and calmness need to prevail in pandemics, and that’s not something our country practices,” he said. “If we had a better sense of what we should be doing, … we would be executing a plan rather than getting the feeling that everyone is making it up as we go.”

“I tell my students that we can’t be good at what we don’t practice — even pro athletes practice,” he said. “So why aren’t we practicing more?”

The federal government needs to push much more aggressive testing and extend benefits to workers who have to stay home sick, Ramsay said.

“We can’t perversely incentivize people to go to work,” he said. “Or we will perpetuate what Mother Nature is very good at, which is this long-term, slow-burn, longitudinal unfolding of a disease that’s novel and for which we don’t have a lot of immunity right now.”

As the level of stress and anxiety increases, Ascheim urges people to take care of themselves. “It’s that balance of knowing the facts and not looking at it all the time,” she said. “And then trying to continue your life with as much normalcy as you can.”

Ramsay said the country as a whole needs to strike a balance. Canceling large events such as sports and concerts makes sense, he said. “But we just can’t shut down.”

“We’ve got to keep the fabric of society working,” he said. “Every industry works with just-in-time (inventory), so closing down supply chains, ... closing down trade, may be quasi-logical if we’re talking about trying to keep a virus from spreading, but the economic damage and the social chaos that could cause is insane.

Something else is contributing to our anxiety in the current outbreak. The things we seek out for comfort in times of trouble, as in those sorrowful days after 9/11 — concerts, theater, sporting events, gatherings with friends — are the very things health officials are urging people to avoid. Instead, we’re all learning a new practice: “social distancing.”

“People are social creatures,” Ramsay said. “This is who we are, and this is what’s great about life on Earth.”

So while we all may have to avoid large gatherings for the time being, people still need to find ways to bond together to get through the crisis, he said. “This overall sense of esprit de corps, that we’re all in it together and we’re going to do this, that’s the only thing that’s going to prevent the social fabric from falling apart.”

Dr. A.H. Linaweaver, acting assistant surgeon of the U.S. Public Health Service, visited Manchester in November of 1918. He wrote an essay for the newspaper, likening the influenza epidemic to the world war that had just ended and urging citizens to care for each other.

“What will be the lesson of all this suffering, all this woe, all this vast expenditure of money to stay the contagion?” he asked.

“Just as has occurred in other cities or places I have visited as a physician, the soul of the people has been regenerated through its sympathies, and the public has responded abundantly, and with more than ordinary willingness has contributed to the amelioration of the condition and the relief of distress.”

“Out of this travail will be born the civic betterment of your city.”

Over the past few days, workers at Events United have been setting up a 2,400-square-foot studio at the company’s headquarters in Derry.

CONCORD — After almost two weeks as a cautious outlier in responding to the coronavirus crisis, Gov. Chris Sununu and other top state official…

Under the emergency order, schools closed beginning Monday. Districts will have up to a week for planning remote lessons, which Gov. Sununu has directed to begin no later than Monday, March 23. Remote learning will remain in place through at least April 3, when the state will re-evaluate.

CONCORD — An election security panel likely will support making it easier to register by mail to vote and ensure local election workers have enough personal protective equipment to keep them safe at the polls, according to its chairman.

The school year has ended for some New Hampshire districts and is almost over for others, but a Salem father has taken legal action that he hopes will force students back to the classroom despite the state’s orders that closed schools for the rest of the year because of COVID-19.

No Fourth of July fireworks show in Manchester this year

MANCHESTER - No city pools to swim in. No Fun in the Sun.

The Massachusetts Department of Public Health released new data Tuesday showing continued progress in the state’s battle with the coronavirus.