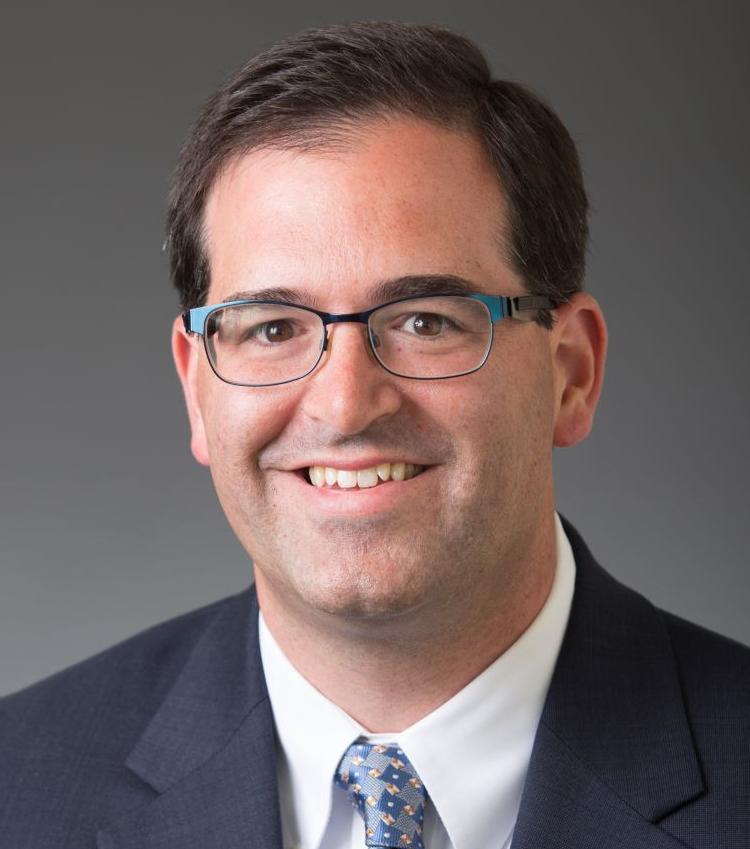 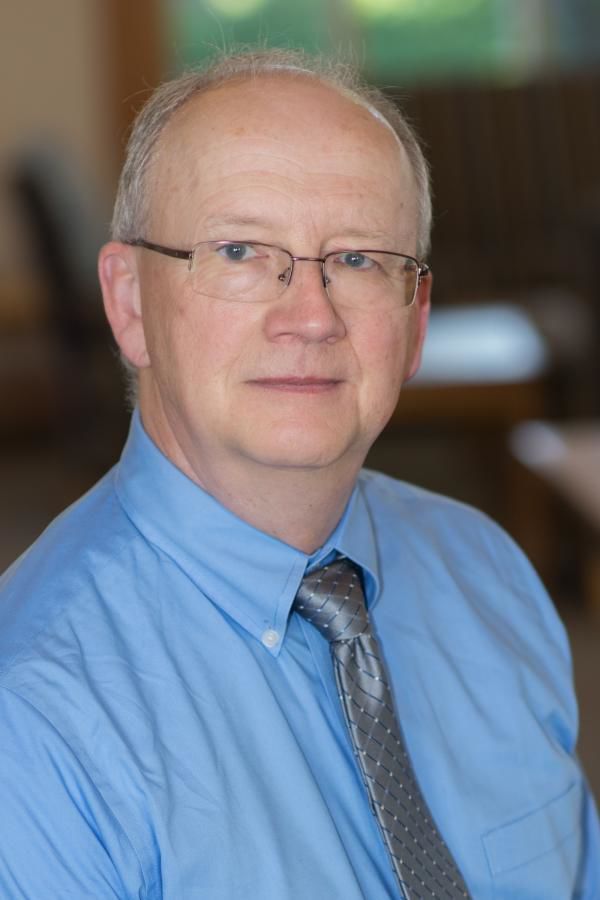 With summer tourism season nearly upon us, it’s time to figure out how to safely open New Hampshire to visitors. But there are risks.

The counties with the oldest populations are the ones visitors love to frequent, with their crystal lakes and beckoning mountains. And experts say that could bring a higher risk of death from COVID-19 to areas that have been spared the brunt of the pandemic so far.

Nearly two-thirds of the New Hampshire residents who have died from COVID-19 were in their 80s, and another 24% were in their 70s. Three-quarters of the deaths have been associated with long-term care settings.

Dr. Michael Calderwood, associate chief quality officer and regional epidemiologist at Dartmouth-Hitchcock Medical Center, said the high mortality among seniors from the coronavirus was expected, based on the experience in other countries.

Nationally, there have been some troubling complications among younger patients from COVID-19, including strokes in people in their 30s and 40s, and increasing reports of inflammatory conditions in young children, including some fatalities, Calderwood said.

That’s not surprising either, Calderwood said. “Some of this is related to heart disease and smoking, chronic lung disease, but I don’t think we know the full picture yet as to why men are more susceptible,” he said. “But that definitely has been seen around the world.”

“These were very hard things to wrap our heads around, but they had a huge impact on reducing deaths and hospitalizations, and not overrunning our health care system,” he said. “It really did make a difference.”

What happens next is key.

Calderwood expects an increase in COVID-19 cases in New Hampshire as summer arrives.

“We have very much an economy that relies on big tourist seasons, and a lot of that is in the summer,” he said. “I think we’re still waiting to see what some of the policies will be around that.”

It’s a tough balancing act, he said. “We need some of this business in terms of the local economy, and I can definitely understand that,” Calderwood said. “But there is the fact that some of the individuals will be coming from other areas around the country where they have a higher prevalence.

“Most will not be infected. But we do know some people are asymptomatic or pre-symptomatic, and they could come to an area and set off clusters or mini-pockets of infection,” he said.

Ken Johnson, senior demographer at the Carsey School of Public Policy at the University of New Hampshire, has been studying the effects of COVID-19 among different populations since the pandemic began.

He is concerned that an influx of tourists to the Lakes Region and North Country this summer could lead to higher death rates in some communities.

By comparing population data and age-specific mortality rates from COVID-19, Johnson calculated potential death rates from the virus were it to spread to specific counties across the nation.

He concluded that the death rate among those infected would be higher than the national rate in every New Hampshire county except Strafford, with its high percentage of University of New Hampshire students.

In Johnson’s study, Hillsborough County’s death rate would be just slightly above the national average, but the rate would be significantly higher in Carroll, Coos and Belknap counties.

“That means that if this virus spreads to the northern parts of New Hampshire, which have older populations, the risks in those areas, at least from age, are going to be higher,” Johnson said. He stressed that other factors such as pre-existing medical conditions and access to comprehensive health care also affect mortality rates from COVID-19.

So far, the state’s two most populous counties, Rockingham and Hillsborough, have been hardest hit in this crisis. Those counties have relatively younger populations, Johnson said, but because their populations are so large, they’ve had the most cases and the most deaths.

By contrast, Coos County has seen just four cases as of Saturday, and no deaths, since the crisis began. Belknap and Carroll counties have had 51 and 41 cases, respectively, but no one has died.

This is what concerns Johnson as the tourism season approaches. The relative isolation that has protected residents in some counties from the brunt of the virus will be breached as visitors arrive, many of them from metropolitan areas such as Boston and New York, which have been hard-hit in the pandemic.

“So what happens when hundreds of people from other parts of the country arrive in Coos County to enjoy the mountains or go to Mount Washington, and they stop at the local restaurant, and get gasoline, and stop at the coffee shop, and go to the country store?” Johnson asked.

“All of a sudden, you have a whole other population coming into this area, in an area where there are lots of older adults who are at greater risk.”

The state’s southern tier has more hospitals and more capacity to handle an increase in cases, Dartmouth-Hitchcock’s Calderwood said.

“As you get further north in the state and more rural, you’re going to have fewer medical facilities, and so if a cluster is occurring in one of those locations, you’ll either have a hospital that doesn’t have the capacity, or you’ll need to transfer to other hospitals,” he said. “Those transfers aren’t always easy with somebody who’s quite sick.”

Calderwood wants to see a measured reopening that weighs the risks and benefits of each step, and monitors increases in hospitalizations and deaths after each change.

“With each decision, there’s always a risk to get it wrong, and so you want to make sure that you are allowing yourself a period to evaluate the decision and the impact of that decision and then adjust,” he said. “We have to continue to look at this week by week.”

“What worries me most is that we turn it on like a light switch, where we turn everything on at once, rather than have us do a stepwise approach,” Calderwood said.

Johnson said policymakers will have to make difficult choices based on the available data.

“I think the North Country in many ways illustrates in a straightforward way that tradeoff,” he said. “You have populations that, based on their age alone, are at considerable risk.

“The question is: Do you keep the area more restricted and in that way protect that population more, or do you recognize that there are lots of jobs and economic futures that depend on the tourists coming and weigh that more heavily?” he said.

Johnson is expecting another demographic effect from the pandemic. For the past few years, New Hampshire has had more deaths than births, relying on in-migration for its population growth. The crisis will amplify that trend, he said.

“I believe that next year there are going to be significantly fewer births,” he said. “Because I think a lot of people are going to think: ‘You know? This is not the time to bring a baby into the world.’”

The crisis could also affect domestic migration, making it more difficult to sell a house or relocate for a job. However, Johnson said, “In one sense, it might make New Hampshire more attractive.”

Some of those young people who left the state to study and work in more urban areas, he said, might think “maybe it’s time to go back.”

If you’re not in one of the high-risk groups for COVID-19, how are you supposed to think about all this?

Calderwood said the disease’s overall prevalence in New Hampshire remains low, although “that may change over time.”

He expects the state will be dealing with the virus for the next 18 to 24 months before treatments and vaccines are available, with “peaks and valleys” as cases rise and fall.

So people will need to continue to wear masks in public and wash their hands often, and those at high risk will likely need to avoid large crowds and limit exposure, he said.

But he said, “We don’t need to be living in constant fear of this.

“We can do things to help us remain safe and to begin to re-engage in some of the normalcy that we’re used to.”

The virus has been identified for only five months, so there’s much scientists still need to learn, Calderwood said. “But I think we have shown as a state that we are able to make the hard decisions that have a big impact on the health of our community,” he said.

“And we need to continue to think about our community.”

NH demographer sees virus as threat to Trump base

Anyone 65 or older in NH can soon schedule vaccine

CONCORD — Beginning Jan. 22, New Hampshire residents 65 and older will be able to schedule a COVID-19 vaccine online, Gov. Chris Sununu said Thursday in announcing a dramatic speed-up of the inoculation timeline for 300,000 people.

DHMC says vaccines are light at the end of tunnel

Dartmouth-Hitchcock Medical Center’s Dr. Elizabeth Talbot said the end of the COVID-19 pandemic is starting to come into sight, but 80% to 90% of the population need to be immune before it is safe.

Red Cross reminds Seacoast residents what its flag stands for

Red Cross flags are popping up on the Seacoast as a way to say thanks to frontline workers, but now the aid organization is asking that the efforts stop.

Air-purifying system sales up on Seacoast

The facilities director of a charter school in Dover credits installation of an air purifying system with remaining open for hybrid learning this past fall.