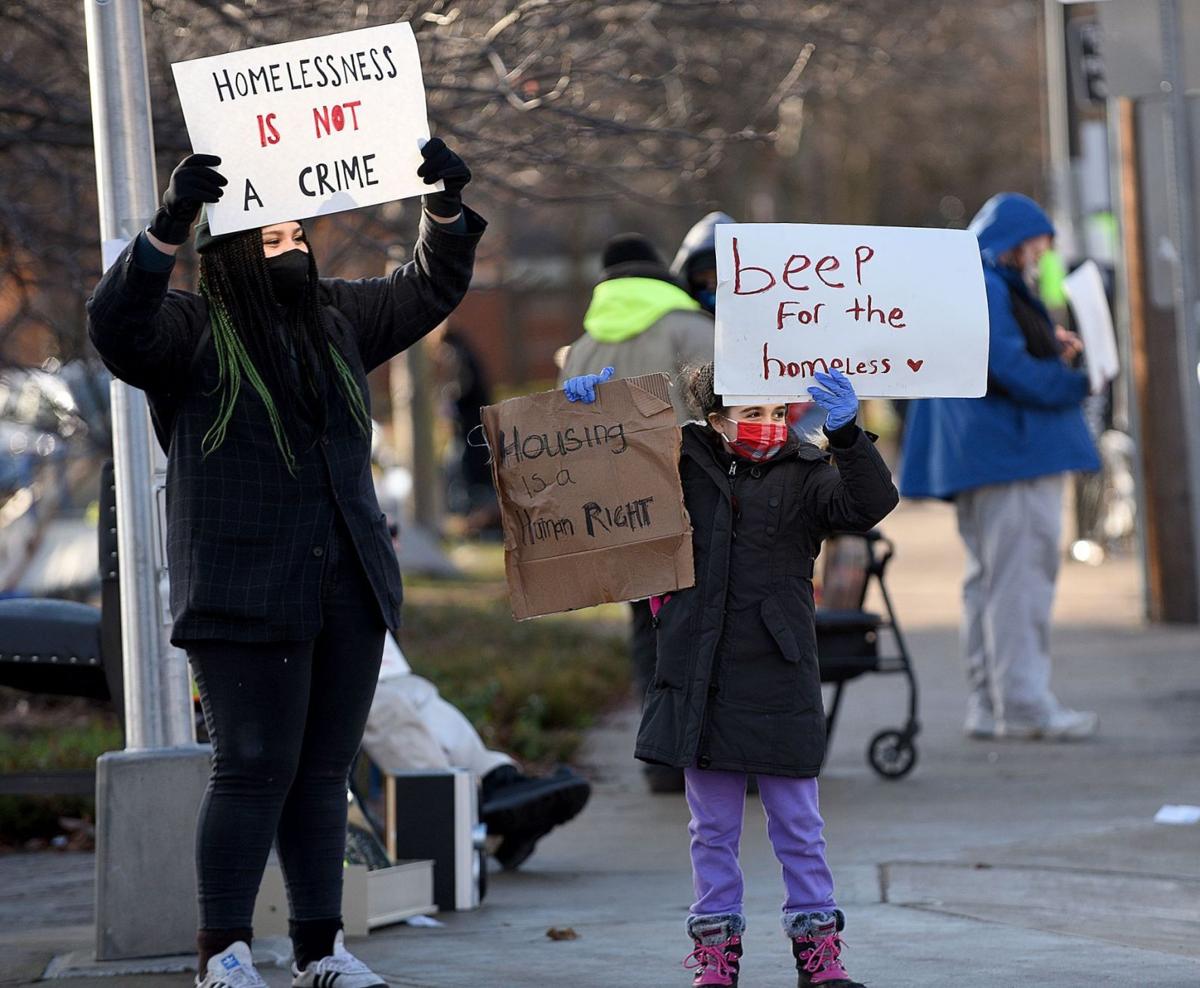 Protesters, including Erika Perez (left), hold signs in support of the homeless at the encampment at Hillsborough County Superior Court in Manchester on Tuesday. 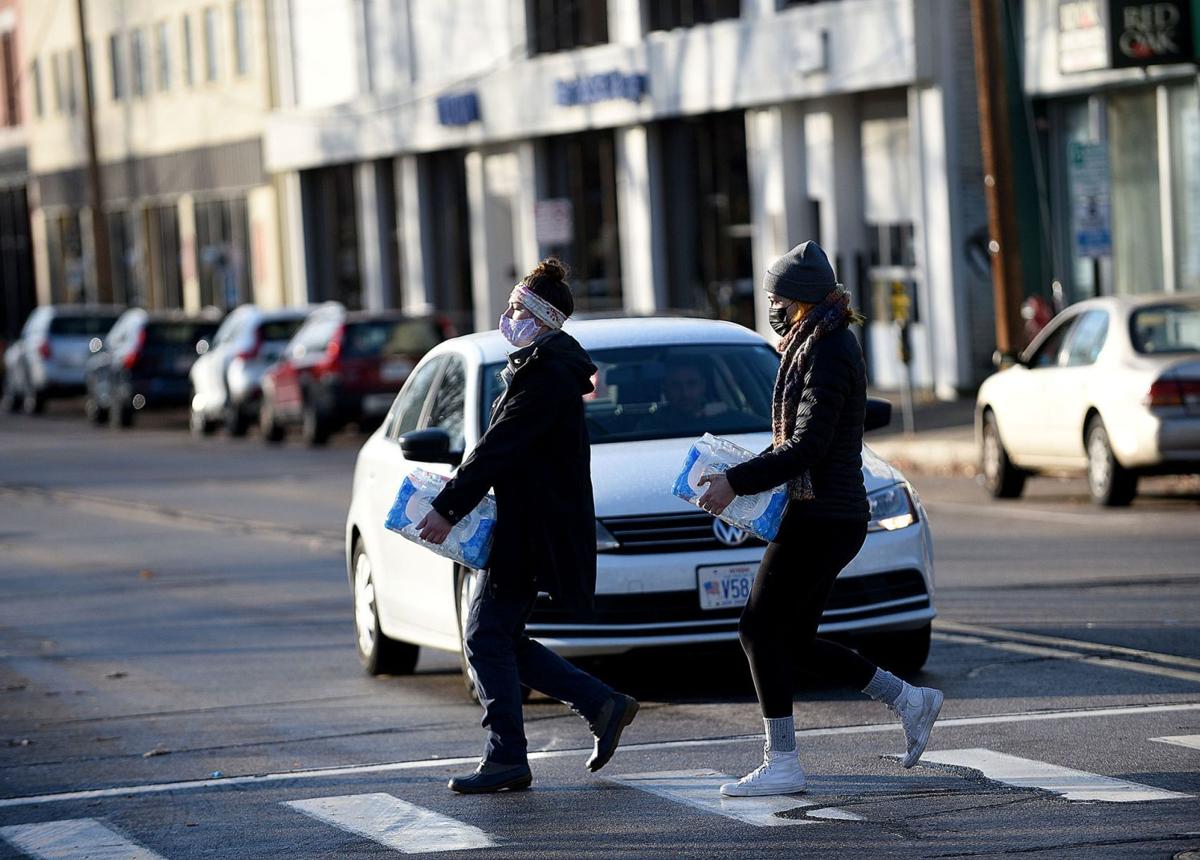 People carry bottled water for the homeless at the camp site at Hillsborough County Superior Court in Manchester on Tuesday.

Mayor Joyce Craig said the city does not support involuntarily removing the Hillsborough County courthouse to another encampment, while state officials are saying the removal will go forward.

The contradictory messages came out Tuesday evening as the situation draws to a head at the courthouse lawn, where dozens of homeless are camping and protestors remain beside them.

Both Craig and state officials have issued lengthy statements spelling out the situation with the homeless.

State officials said all the campers have turned down opportunities for shelter, while Craig faults the state for not developing a statewide strategy to address homelessness.

"We do not support temporarily, intermittently, or involuntarily relocating unsheltered persons from one outdoor encampment, to another outdoor encampment, especially since that would contribute to increased health risks in our city during the ongoing and worsening pandemic," Craig said.

However, state officials say city officials have been pressuring the state for months to move the campers from the state-owned property.

“The state will follow through on its commitment to the city of Manchester to clear the Hillsborough County North Courthouse property,” concludes a lengthy statement that provided no timetable.

Defensive in tone, the statement issued by the Attorney General’s Office and the Department of Health and Human Services came late in the day after a state eviction deadline for dozens of homeless people camping on the high-profile lawn in downtown Manchester. 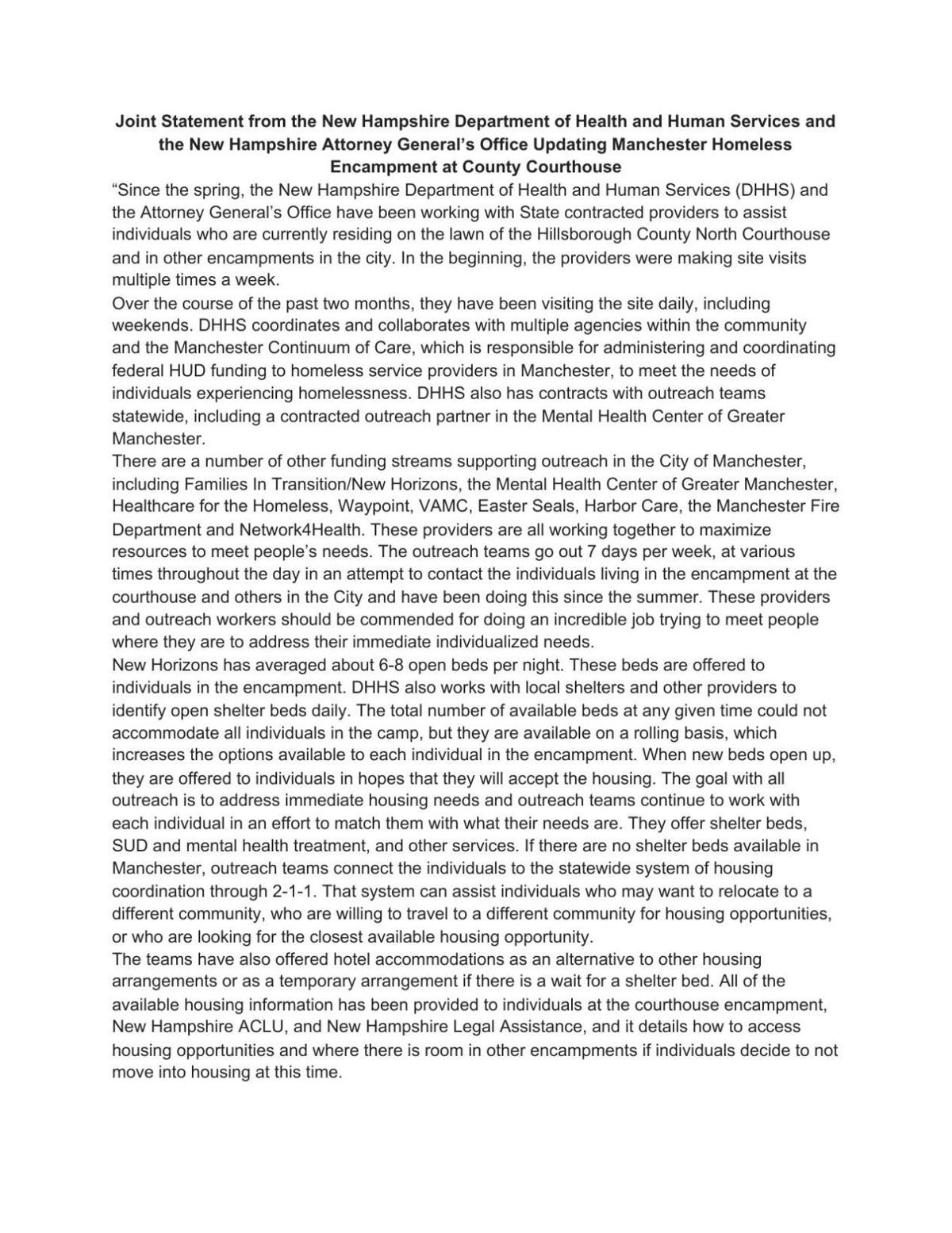 Throughout the day Tuesday, supporters visited the camp to deliver donations requested by campers online.

“I have a soft spot in my heart for the homeless,” said Keturah Kreps, a nurse at Catholic Medical Center who brought by two cases of sanitary wipes.

Since the summer, homeless people have been camping on the state-owned downtown property. Earlier this month, state officials posted a 10-day warning that campers must leave the property by Monday.

Protesters and news media were at the property Monday, and no action was taken.

Organizers say they have booked shifts throughout the day and night to witness and protest any eviction.

“I think if they do come it will be late at night. They’ll wait until we’re cozy in our tents and say get out,” said Kelly McAndrew, who said she has been homeless and is staying at the camp in solidarity with those living there.

She said she has written Gov. Chris Sununu and invited him to a slumber party at the camp on Friday.

The state’s statement followed a months-long effort to find housing for the dozens of campers at the courthouse. It says that the system could address the issue if the campers were willing to accept shelter placements and other housing opportunities on a rolling basis.

“Every day, beds at the shelters across the state turn over as individuals move to different housing arrangements. While there may not be 50 beds available in any one night, the purpose of working with the individuals at the encampments over time is to move them into the beds as they become available,” the statement said.

City officials have said about 365 homeless people without shelter live in the city, and the Granite United Way has said finding beds for just 50 would overwhelm the system.

On Tuesday night, Craig told aldermen the state has not shared its plans for the courthouse and the city will not partner with the state in "any unconstitutional efforts." 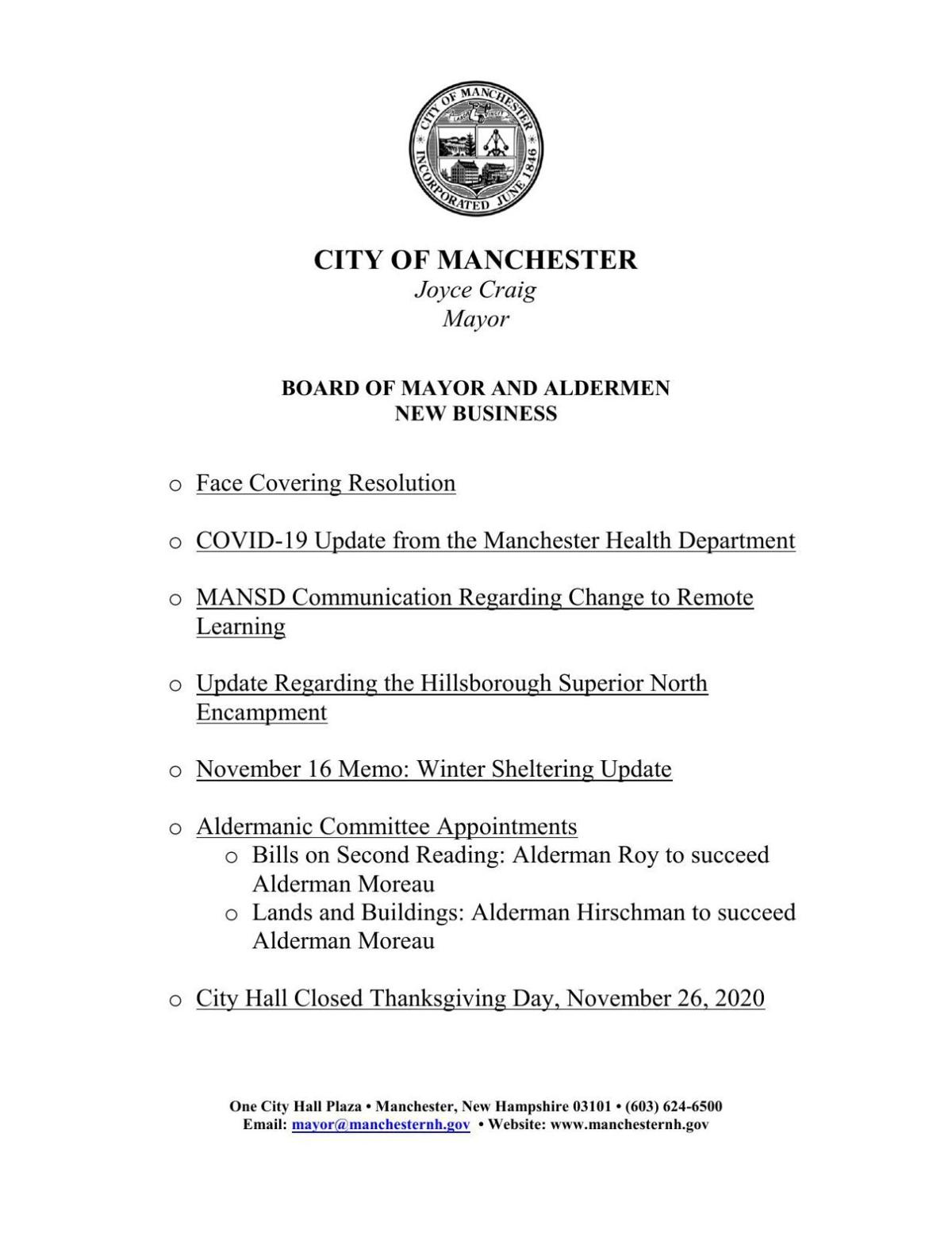 "Our focus is, and always has been, on helping individuals in need," she wrote to aldermen.

Only one in four of homeless people in the city are from Manchester, she said.

As Eviction Day 2 came and went for campers at the Hillsborough County courthouse Tuesday, state officials vowed to follow through and clear t…

Activists show up at courthouse lawn; State Police a no show

Outreach workers are committed to providing “housing options” for the homeless campers at the Hillsborough County courthouse, a top official i…

Monday is eviction day for homeless people camping on the lawn of the Hillsborough County Superior Court in Manchester.

CONCORD – Young Democratic activists criticized Gov. Chris Sununu’s decision last week to evict the homeless from state courthouse property, and called upon him to more quickly come up with a comprehensive plan to help those who lack a permanent place to live.

COVID-19 clusters have been confirmed at three Manchester schools, officials reported this week.

Riverside Health System in Virginia has ordered a specialized freezer for each of its five hospitals to keep precious vials of coronavirus vaccine as cold as a deep Antarctic freeze.

NAPA, Calif. - On his morning run along Coombs Street last week, Brad Wagenknecht passed the tents and makeshift patios, empty except for one. The spinning class and the sushi restaurant were sharing space again.