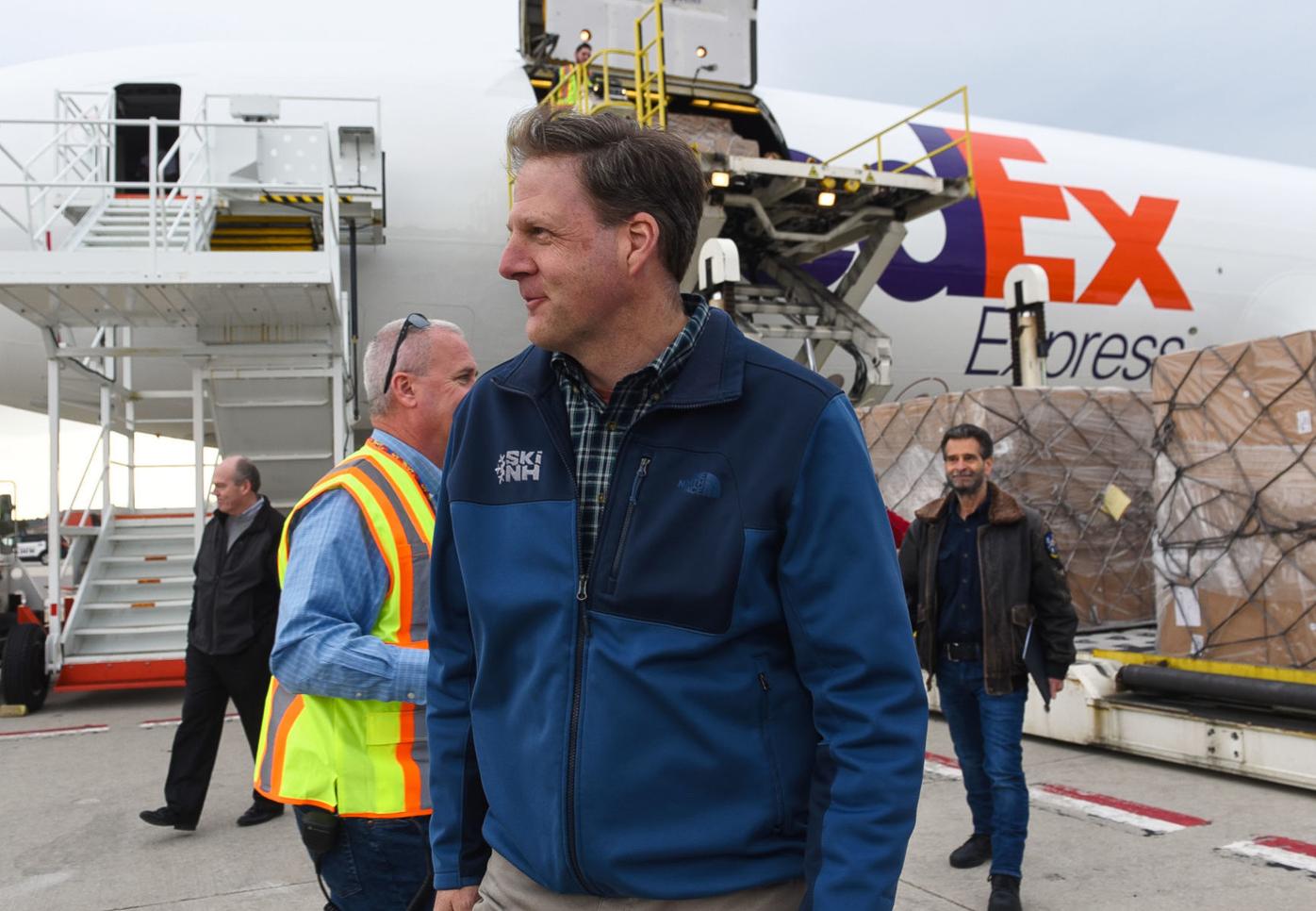 Gov. Chris Sununu, with Dean Kamen, right, watch as the first packages are unloaded from a plane that brought millions of medical items to New Hampshire to fight the coronavirus on April 12. Top legislative Democrats are fighting Sununu in court, demanding a state judge give the Fiscal Committee they control say over how $1.25 billion in federal COVID-19 aid gets spent.

Senate President Donna Soucy, D-Manchester, is presiding over the first session of the State Senate Tuesday since the COVID-19 pandemic. 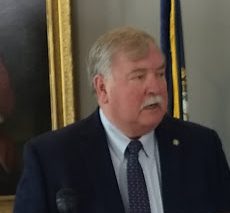 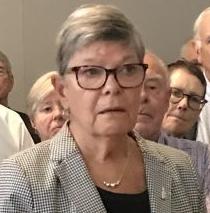 “The Court finds plaintiffs’ status as members or leaders of the (Legislature) does not inherently impart them with standing. Rather, they must allege a concrete personal injury,” the judge wrote.

“The court finds that the individual plaintiffs lack standing to bring this suit even if brought in their professional capacities as members of the Legislature.”

Anderson said the suit may have gotten traction if the dispute was over spending state funds.

“The court must be cautious in granting the request from any individual or group of individuals to stop the governor from acting as it presents a scenario rife with complications that directly impacts the orderly operation of the governor,” Anderson wrote.

“To go even further and allow an individual state taxpayer to stop or even delay the governor from distributing purely federal funds intended for the benefit of the public in the middle of a global pandemic would be contrary to the public interest.”

Legislative leaders could appeal the decision to the New Hampshire Supreme Court or decide to refile the lawsuit in Merrimack County Superior Court. Officials said they are weighing their options.

“This lawsuit is ultimately about a dispute between two equal branches of government and it is appropriate for the third coequal branch of government to settle this disagreement in a timely manner so critical relief to Granite Staters is not delayed,” the statement read.

“Knowing that time is of the essence it is discouraging that instead of arguing this case on the merits, Governor Sununu continues to put up technical roadblocks on this issue and continues to allow a cloud of constitutional uncertainty to persist over how more than a billion dollars in federal aid is properly provided to our communities.”

Senate Republican Leader Chuck Morse of Salem said the suit would have prevented Sununu from quickly responding to the pandemic.

“Now it is time for everyone, regardless of political party, to come together and get the assistance needed to the hard-working people and small businesses of New Hampshire.”

Lawyers for the legislators said the House and Senate hold the purse strings, not the governor, who merely proposes a two-year state budget that lawmakers amend and approve as they so choose.

The Legislative Fiscal Committee must vote to accept any federal grants before Sununu can spend the money, they said.

But Solicitor General Daniel Will said a 2002 law put in place after the Sept. 11, 2001 terrorist attacks permitted the governor to declare an emergency and act decisively and quickly in a crisis.

Gov. Chris Sununu renewed his COVID-19 “state of emergency” declaration through at least May 15 on Friday. The state’s stay-home order is stil…

HANOVER – Citing the "very insidious" level of community spread of COVID-19 in southern and western states, Dr. Anthony Fauci said he may advise against reopening public schools in some parts of the country.

CONCORD -- The reopening of public schools and more private businesses in coming weeks will further stress the supply of personal protective equipment to protect against the spread of COVID-19, U.S. Sen. Maggie Hassan, D-NH. said Monday.

There may never be a 'silver bullet' for COVID-19, WHO warns

GENEVA - The World Health Organization warned on Monday that, despite strong hopes for a vaccine, there might never be a "silver bullet" for COVID-19, and the road to normality would be long.

New York Governor Cuomo on Monday criticized the federal government and other states for failing to take the COVID-19 crisis seriously after seeing the devastation it caused his state in the spring.

Uncertainty, anxiety and sleepless nights for the unemployed as Congress lets $600 benefits lapse

Uncertainty, anxiety and sleepless nights for the unemployed as Congress lets $600 benefits lapse