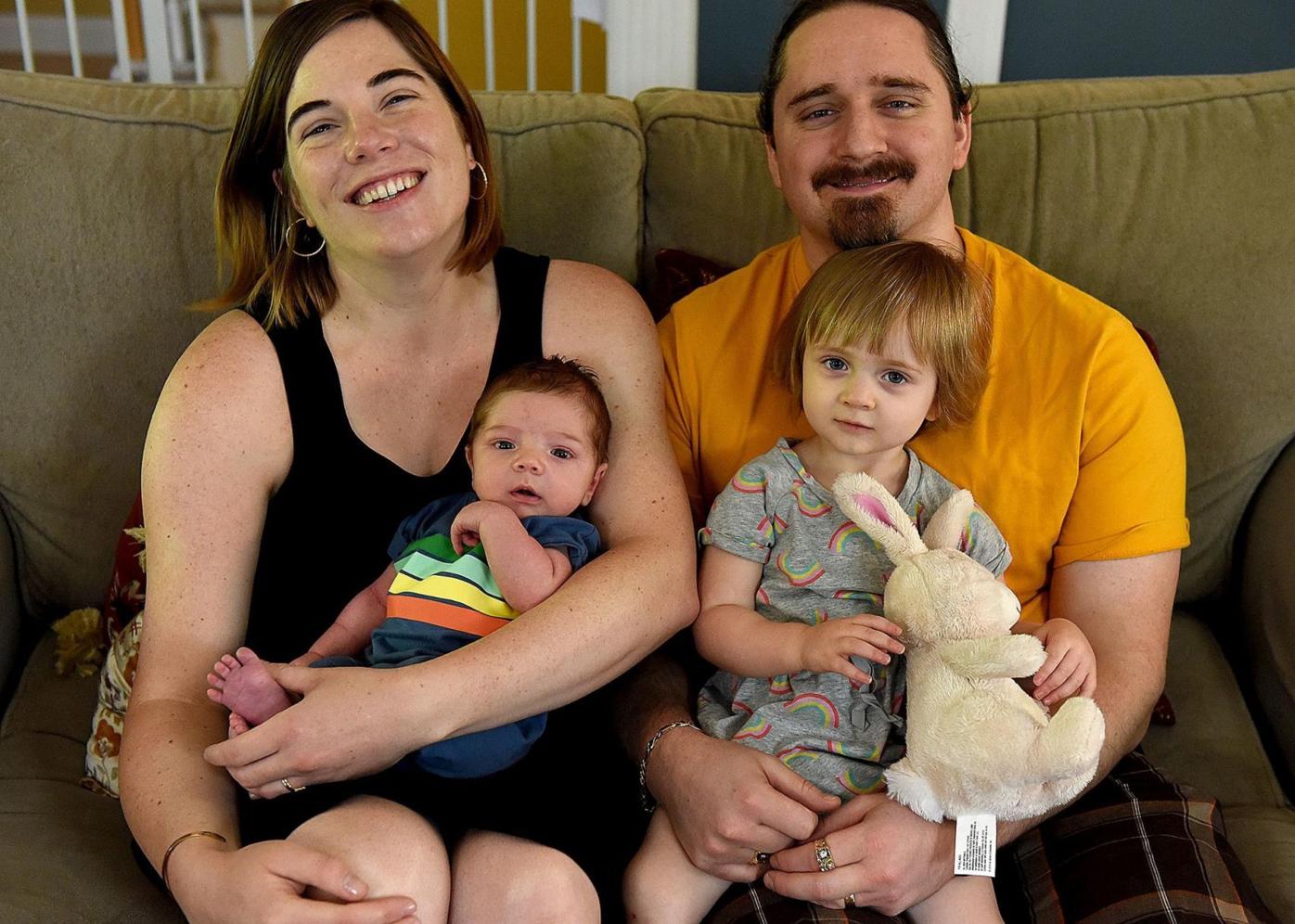 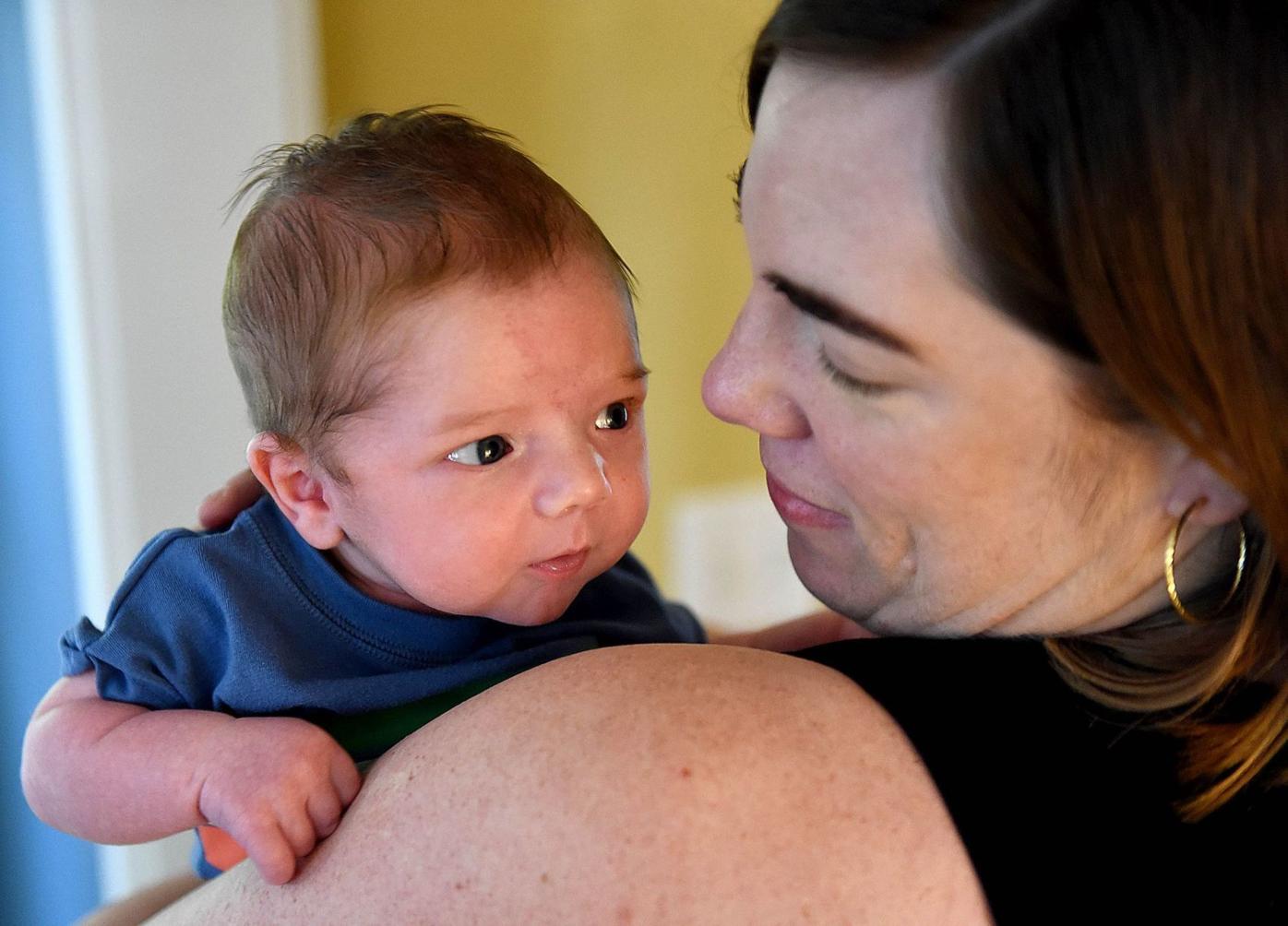 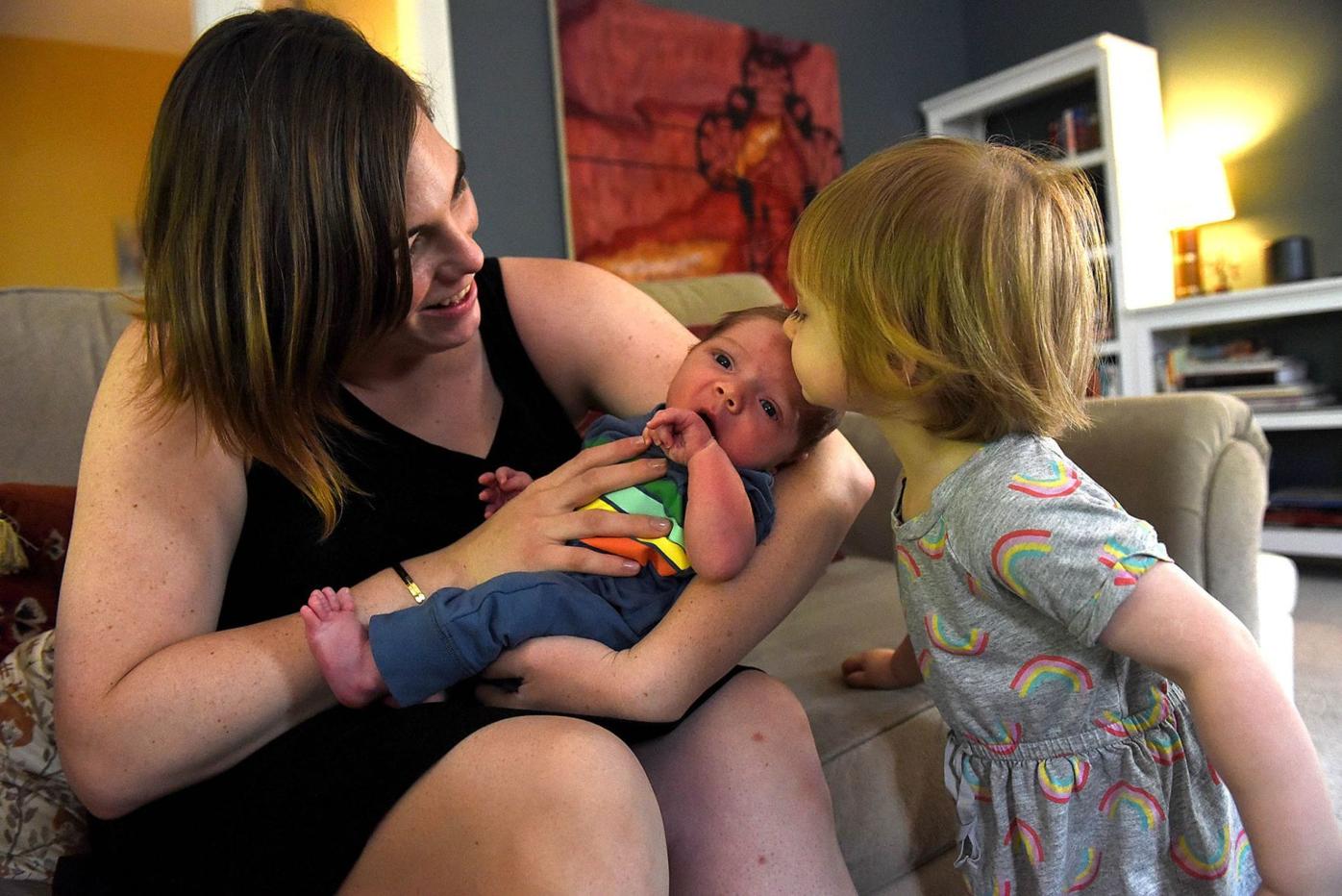 Gabi Gilliland holds her infant son, Ambrose, as his sister, Claire, 2, kisses his forehead at their Merrimack home on Aug. 28. Gilliland says the hardest thing to deal with is the open-ended nature of the pandemic and the isolation it has forced: “I feel like I could do this if I knew that it were for a limited term, but I just don’t know that...” 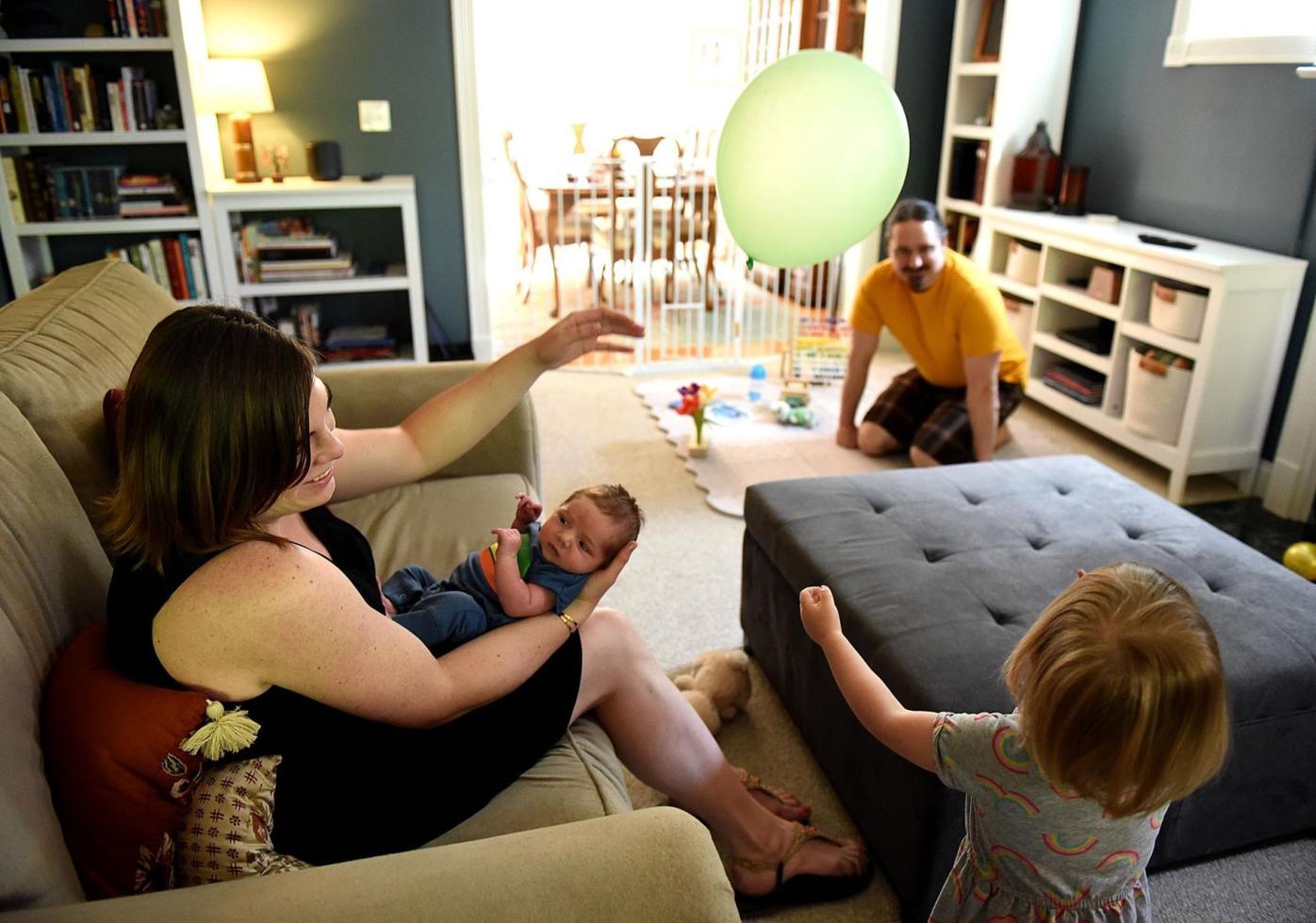 With baby Ambrose in her arms, Gabi Gilliland taps a balloon to her daughter Claire, 2, as her husband, Jason, watches at their Merrimack home on Aug. 28, 2020. 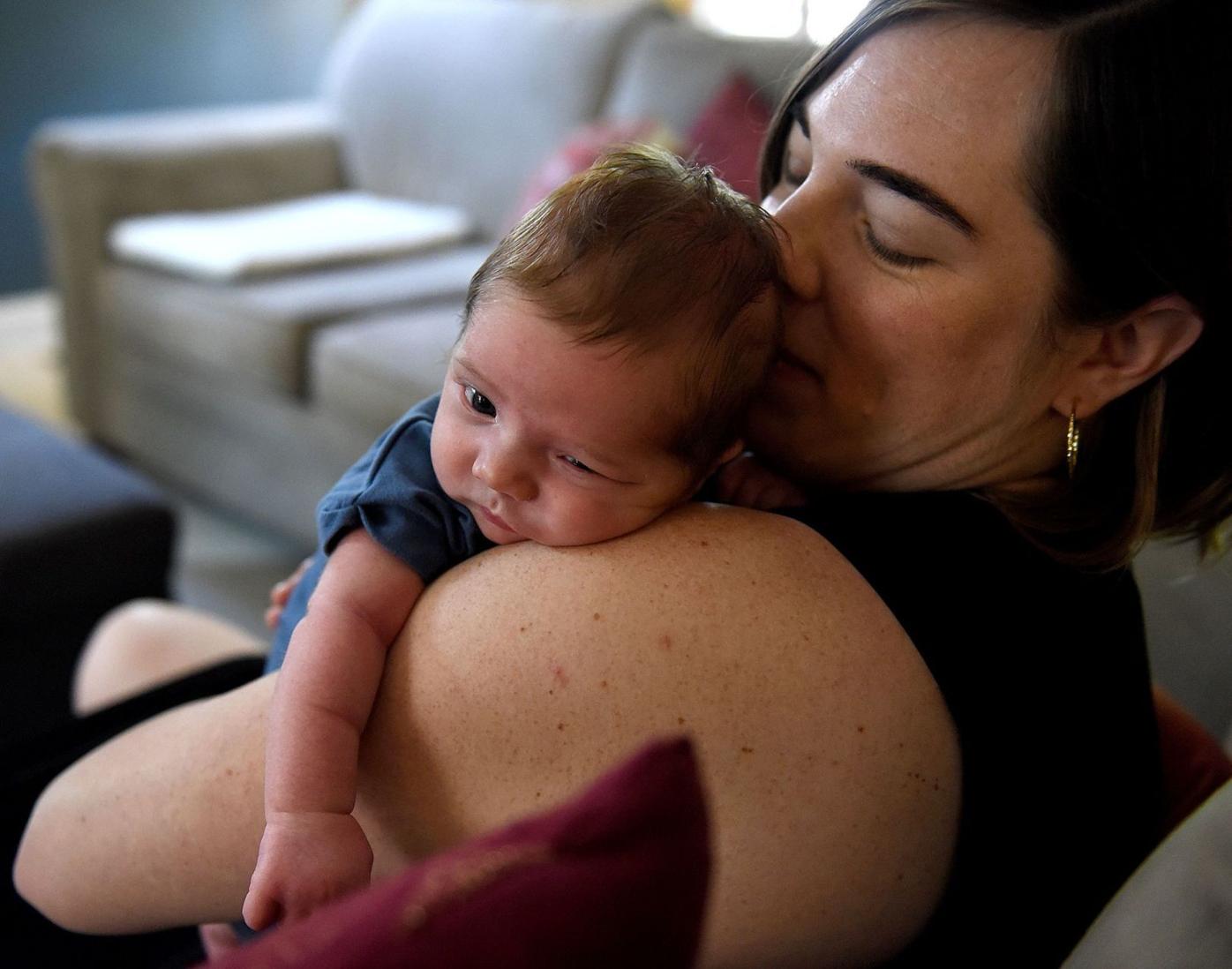 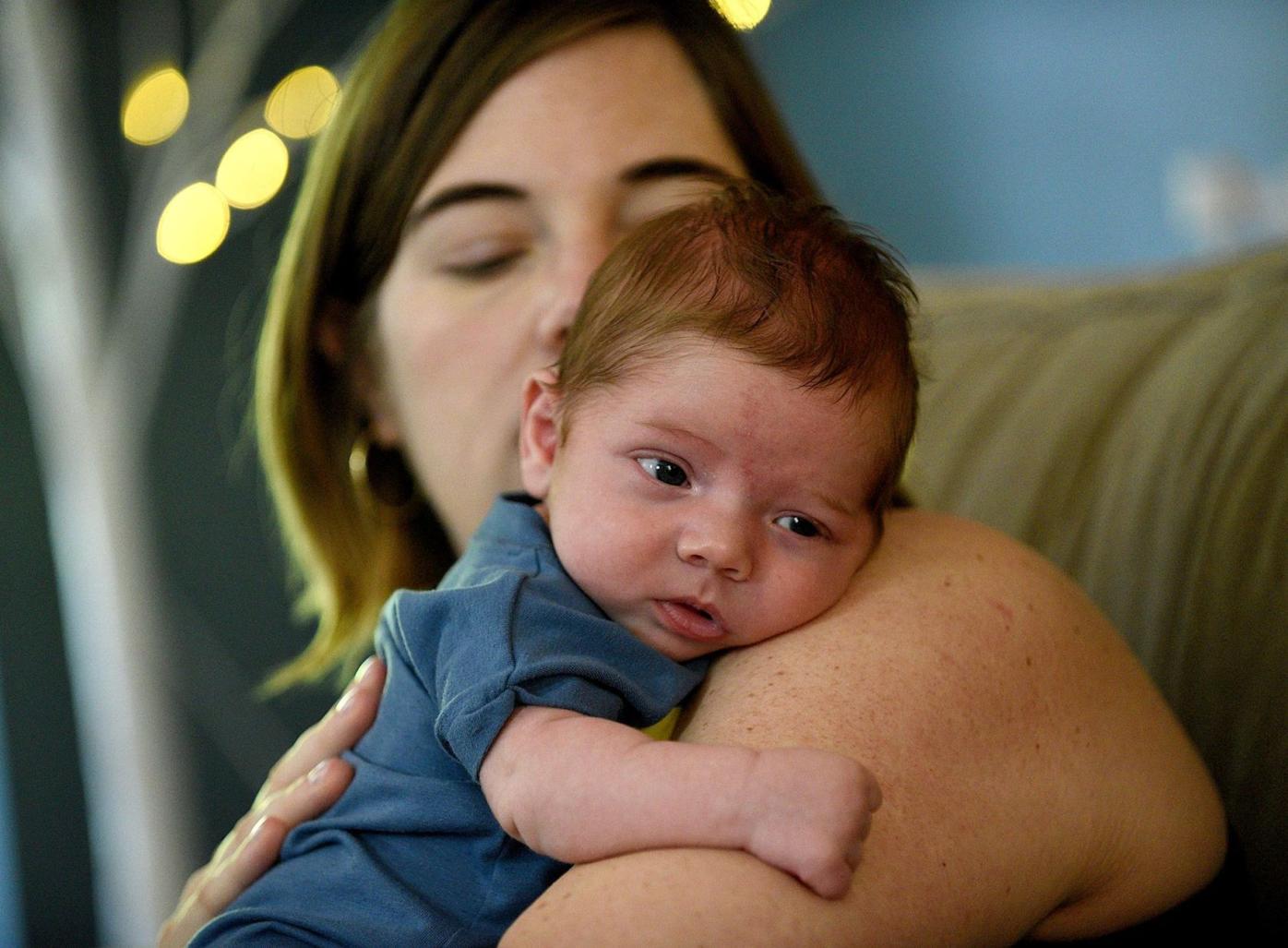 Gabi Gilliland holds her infant son, Ambrose, at her Merrimack home on Aug. 28. Ambrose was born on Aug. 1. 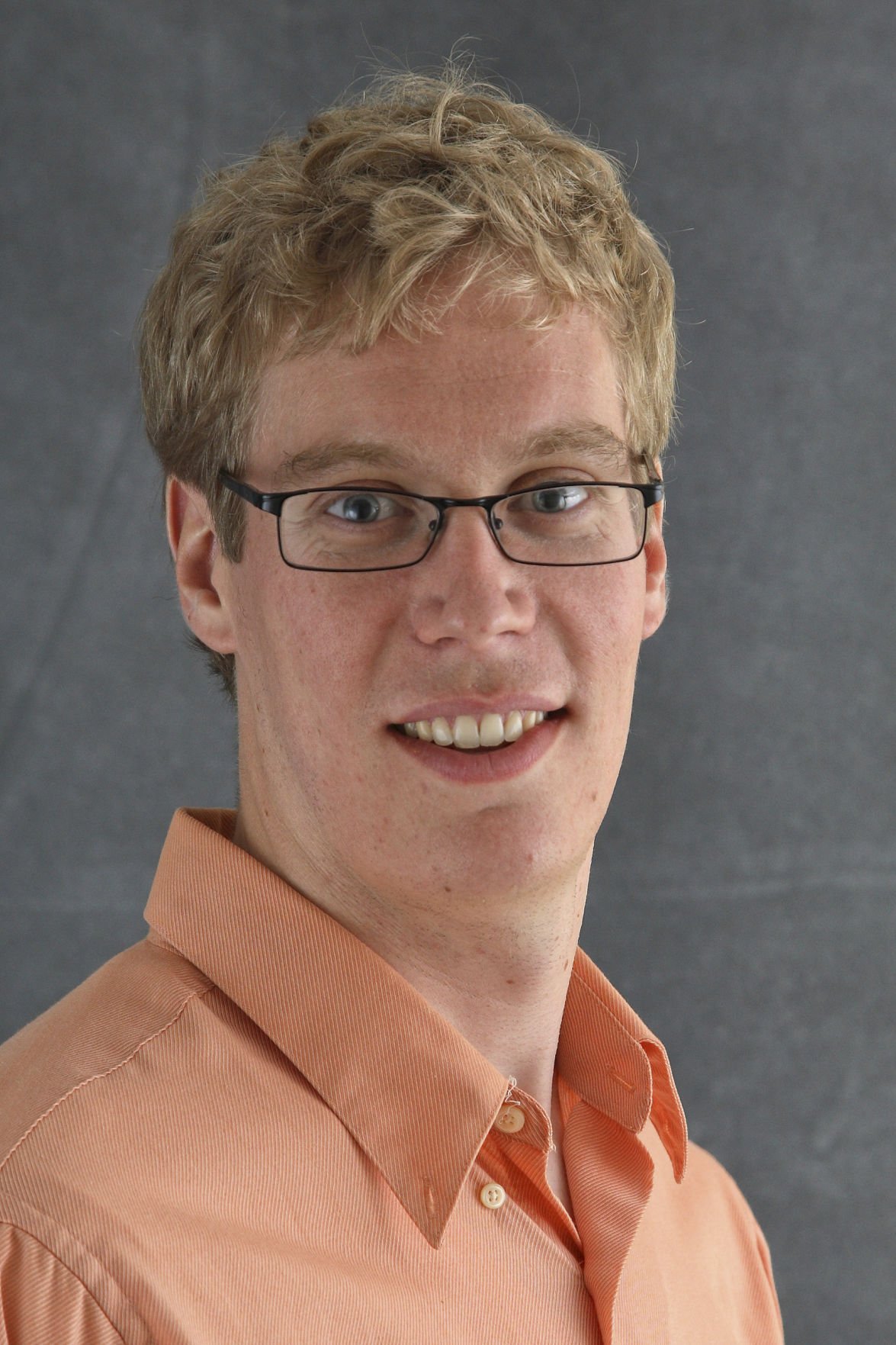 With baby Ambrose in her arms, Gabi Gilliland taps a balloon to her daughter Claire, 2, as her husband, Jason, watches at their Merrimack home on Aug. 28, 2020.

Gabi Gilliland was halfway through her second pregnancy when COVID-19 hit New Hampshire.

Her 2-year-old daughter’s day care closed, and Gabi, youth minister at a Catholic parish in Litchfield, found herself working at home along with her husband.

Having an infant during a pandemic has been “a huge challenge,” Gilliland said. Her parents and brother live in Trinidad, and her mom had planned to come for the birth and stay to help afterward. But Trinidad closed its borders in March for two weeks. “They’re still closed as of today,” she said.

“It definitely feels like this new person has entered the world, but all the people who would normally be around to greet him can’t be here. …”

Her biggest concern is the isolation imposed by the health crisis, Gilliland said. Her daughter Claire has always been easygoing and comfortable around other people. But she said, “I really do wonder if Ambrose is going to end up being much shier if he’s not able to interact with other kids especially, and adults too.”

A lot has been written about how the pandemic is affecting senior citizens, workers, business owners, students, parents — even our pets. But what about our littlest citizens? Will they grow up fearful of strangers or afraid of germs? Will they have more allergies or immune system issues? Will they have separation anxiety when they do go to day care or school? Like so much else associated with this unparalleled time, there’s a lot we don’t know.

“Being a mom or a dad is challenging in the best of times,” said Patricia Tilley, the state’s deputy director of public health. “And this is one of the most stressful times that we’ve all had.

“We must be physically apart but we need to be socially connected.”

A nurturing relationship with a loving caregiver is what’s most important in the early years, Tilley said. “That’s really at the foundation of all early childhood development,” she said. “As long as we get that right, we can take care of the rest later.

That’s good news for parents such as the Gillilands, who have been spending more time at home with their infants and toddlers, according to Lara Quiroga, director of Strategic Initiatives for Children at Amoskeag Health (the umbrella agency for Child Health Services and Manchester Community Health Center).

With safety protocols aimed at preventing the spread of the coronavirus, many children won’t have much exposure to other kids and adults before they start day care or school. And they are less likely to have other caring adults in their lives, such as day care teachers or T-ball coaches.

So what happens at home is critically important, Quiroga said. “What will help children be resilient is the relationships and the positive experiences, even if they’re at home, that we can provide them with.”

Research into the physical and behavioral health effects of adverse childhood experiences (ACEs) has shown that having that caring relationship with an adult can buffer or offset those ill effects, Quiroga said.

Holly Neves, an advanced practice registered nurse (APRN) at Bedford Center Internal Medicine and Pediatrics, said the isolation that has accompanied the pandemic has been stressful for new parents. “Because they have this desire to keep their baby safe, but also the desire to satisfy their family members who are aching to hold their new grandchild,” she said.

Babies spend a lot of time staring at people’s faces, Neves said. But these days, she said, “They come into a world where everybody’s wearing masks. That’s going to be their norm for a while, until it’s not.”

Neves wears a mask and face shield in the examining room, and she was surprised to find that most babies aren’t fazed at all. But once they reach 12 to 18 months, she said, “They’re terrified.”

These days, “I’m putting stickers on my nose to try to make my appearance less scary,” she said.

Neves does worry that some children will grow up afraid of human contact or of germs. She recently had a 10-year-old patient who was worried about catching something. “Because that’s what we’re preaching constantly: It’s distancing and not touching each other and washing our hands all the time and wearing a mask and not socializing,” she said.

“What is going to happen 10 years from now with all these kids that we’re scaring to death in an effort to keep them safe? Are they going to have more mental health troubles and OCD and trouble with relationships and bonding?” she asked. “That’s my fear.”

Dr. Erik Shessler, president of the New Hampshire chapter of the American Academy of Pediatrics, tries to reassure new parents anxious about how this new normal will affect their children’s development.

“Kids in general are extremely resilient,” said Shessler, a pediatrician at Children’s Hospital at Dartmouth-Hitchcock in Manchester. “They learn a great deal from the adults in their main household, and that’s especially important for toddlers and infants.”

So it’s up to adults to model the right behavior for little kids, Shessler said.

When he sees young patients wearing masks, he praises them for being “superheroes” — protecting the people around them. “It’s OK to teach them about good hand hygiene, which isn’t necessarily making them OCD or being fearful of germs,” he said. “What we’re doing is protecting the people we love and our classmates and our school.”

“So we can build in that altruistic nature that we want kiddos to have anyway. We can reinforce that instead of saying we need to be afraid.”

It’s also essential for adults to take care of their own physical and mental well-being — getting enough sleep, healthy food and exercise, Shessler said, so they can better care for their kids.

Parents should make sure their infants and toddlers stay up to date with immunizations, he said. “Vaccines are critically important, because we don’t want to trade one pandemic for another,” he said.

For many kids, entry into a day care or school setting has been delayed because of the coronavirus, and Shessler said those kids are more likely to get colds and other illnesses once they do return to the classroom.

But he’s not really worried about that, or about these kids developing allergies. “I’ve been very pleased to see how many families are actually getting outside this summer more than they have in other summers,” he said. “Partly because their options are a little more limited.”

Many families right now are living under a great deal of stress, dealing with job or income loss, health worries or even a death in the family — plus a constant barrage of often conflicting information about the crisis.

Jessica Bennett, a counselor at Bedford High School and the mother of two young boys, turns the TV and radio off when dire reports come on about the pandemic.

“I just don’t think that’s healthy for my kids to hear,” she said.

She’s careful about how she talks about what’s going on, she said. “I should have my own healthy outlet to be able to have those conversations separate from when I’m with my children,” she said. “I don’t need my fear to trickle down and impact them.”

Since the crisis began and the boys have been home, Bennett has seen a change in her younger son, who is 17 months old. “He used to be a kid that would fall asleep in the car every time,” she said. “But he’s not used to going anywhere, so the car is really not a comfortable place for him anymore.”

And, she said, “If someone says hi to him or waves to him, he immediately puts his head on either my husband’s or my shoulder, and nuzzles in,” she said.

She can’t help but wonder: Is it personality or pandemic?

Help is out there for parents who have questions or concerns. State public health expert Tilley recommends that parents reach out to their nearest Family Resource Center, which can connect them with local parent groups, answer questions, even arrange home visits.

Pediatrician Shessler advises parents to plan what he calls “time-ins,” spending time with their little ones without any distractions from cellphones, TV or social media. Parents can expose their infants to new things by taking walks or hikes, visiting new places and socially interacting with others at a safe distance.

The hardest thing, Merrimack mom Gabi Gilliland said, is not knowing when all this will end. She calls or video chats with her family in Trinidad nearly every day.

“But as the weeks go on, it gets sadder and sadder. Because time is going by, and there’s no light at the end of the tunnel,” she said. “I feel like I could do this if I knew that it were for a limited term, but I just don’t know that. …”

She’s come to fear the isolation even more than she fears the virus, she said.

APRN Neves said it’s important to remind parents they are not alone. They should continue taking their little ones for well-child checkups, and reach out to their medical providers if they have questions or concerns, she said.

“Bottom line is we are all living through this pandemic together,” she said. “We don’t have answers for everything yet, but I do believe we will in time.”

And in the meantime, she said, “We are all doing the best we can with what we know.”

H aving class outside used to be a gift teachers might give students on a perfect September day, a last chance to soak up the late-summer sun.

NASHUA — Parents and school officials are voicing frustration over a decision to delay hybrid learning in the Gate City.

Spaulding High School in Rochester will switch to remote learning for one week after a student tested positive for COVID-19, becoming the latest school to abandon in-person instruction since returning to class earlier this month.

NASHUA — City Hall will be closed for two weeks starting Monday because of a COVID-19 outbreak among employees there.