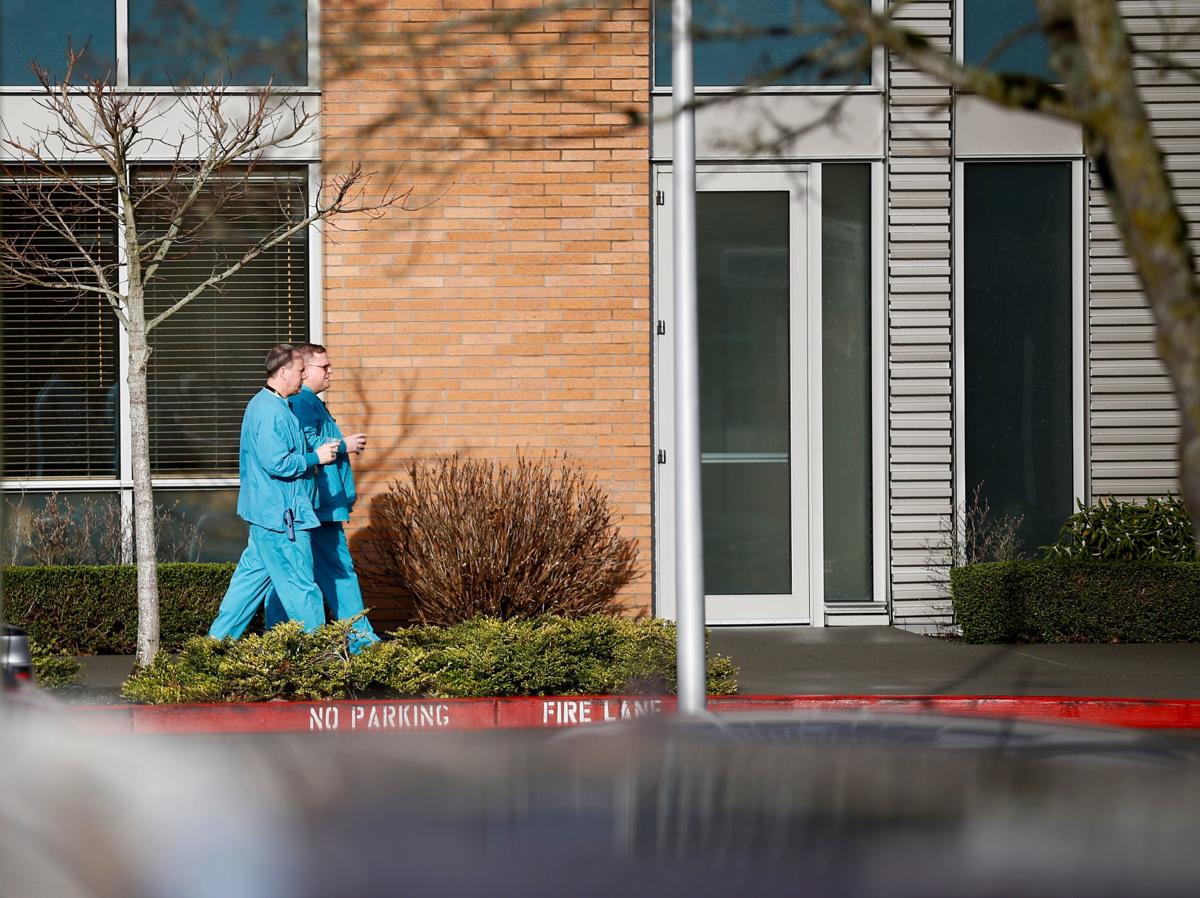 Employees in scrubs walk on the campus at Providence Regional Medical Center after a spokesman from the U.S. Centers for Disease Control and Prevention (CDC) said a traveler from China has been the first person in the United States to be diagnosed with the Wuhan coronavirus, in Everett, Wash., Jan. 21, 2020. 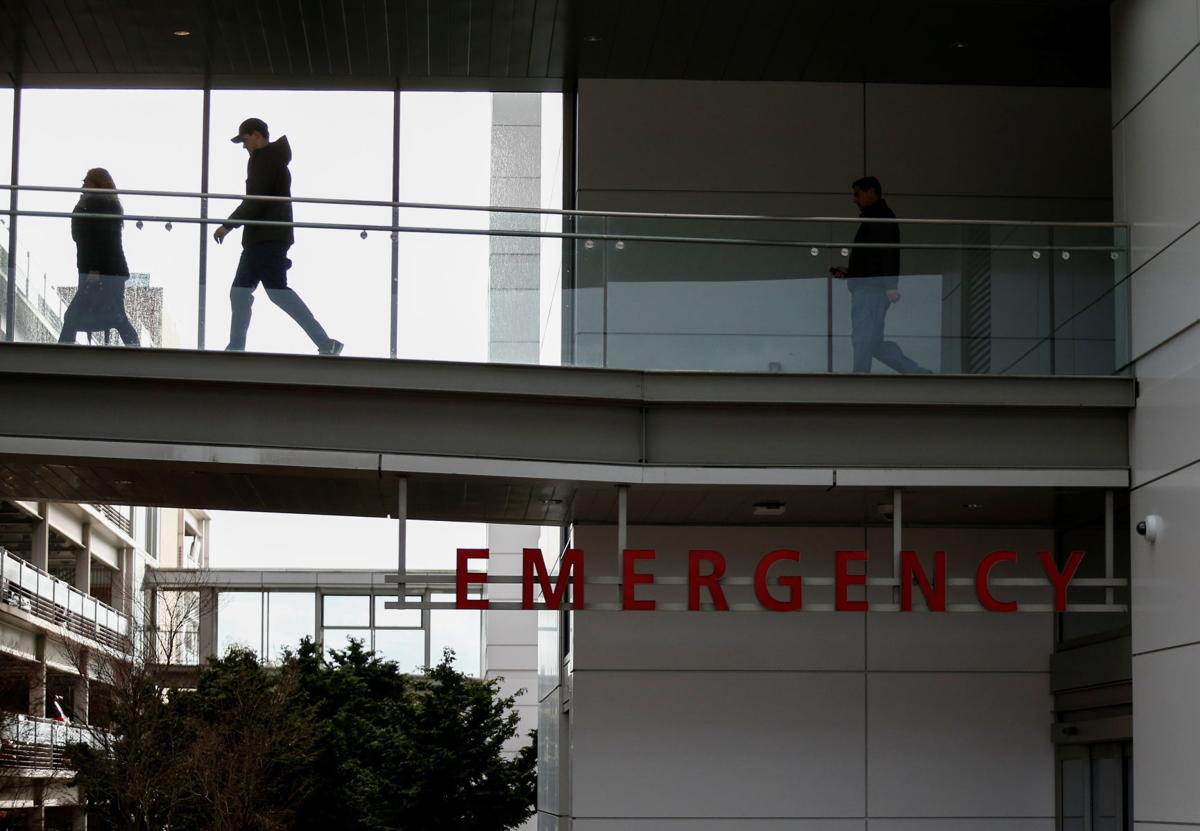 People walk on a skybridge from the emergency room building at Providence Regional Medical Center where the Centers for Disease Control and Prevention (CDC) said a traveler from China has been the first person in the United States to be diagnosed with the Wuhan coronavirus.

A Washington state man has been diagnosed with the mysterious virus that broke out last month in China, becoming the first confirmed case in the United States of an illness that has killed at least six people and sickened hundreds more, according to U.S. officials.

The man, in his 30s, is in stable condition at Providence Regional Medical Center in Everett, Wash. Officials said they are monitoring him there out of an abundance of caution, not because he is seriously ill. The man returned to the United States last week, before federal health officials began screening travelers from the central Chinese city of Wuhan at Los Angeles, San Francisco and New York’s John F. Kennedy international airports, the first such effort since the 2014 Ebola outbreak.

Washington state health officials said the man, a resident of Snohomish County, Washington, returned Wednesday from a trip to the region around Wuhan, where the outbreak began. Shortly after arriving at Seattle’s international airport, he began feeling ill and reached out to his health-care provider on Sunday.

Local, state and federal officials quickly collected samples and sent them to the Centers for Disease Control and Prevention for testing. His case was confirmed Monday as the coronavirus that has sickened close to 300 people in China and others in Thailand, Japan, Taiwan and South Korea.

CDC officials said Tuesday that they are expanding screening to international airports in Atlanta and Chicago. Over 1,200 travelers have already been screened since Friday, with no one yet referred to a hospital or discovered to be ill with the virus. Over the weekend, federal officials also began redirecting travelers arriving in the United States on direct and indirect flights from Wuhan to airports screening travelers for the new virus. The screenings are being conducted in English and Mandarin.

The Washington state man’s case occurred several days before airport screening began, but local, state and federal officials said they were on alert and quickly collaborated to test him and put precautions in place.

A small number of health-care workers and patients who may have been exposed to him have been told to watch for symptoms and are being monitored, Washington state health officials said. Officials are tracing the people he may have come into contact with in both China and the United States.

Officials praised the man for taking the initiative to reach out to his health care provider. “He was a very astute gentleman,” said Scott Lindquist, Washington state’s epidemiologist. “He was looking at the internet actively” and saw information about the virus and its spread, Lindquist said in a news briefing on Tuesday.

Nancy Messonnier, director of the CDC’s National Center for Immunization and Respiratory Disease, said the risk posed by the virus to the general American population is low but that older adults with underlying health conditions may be at increased risk. She said federal officials are prepared to respond quickly.

“This is an evolving situation and, again, we do expect additional cases in the United States and globally,” she said.

In addition to the expanding airport screening, the CDC has raised its travel alert notice from a level 1 to a level 2, urging travelers to Wuhan to avoid contact with sick people, animals (alive or dead) and animal markets.

The outbreak has grown rapidly in recent days, with authorities in China reporting confirmed cases in multiple cities as hundreds of millions of people in China and elsewhere in Asia are on the move in the run-up to the Lunar New Year, the biggest migration event in the world.

The infection is believed to have begun among people who shopped or worked at an animal market in Wuhan. But its rapid spread led officials to conclude that people, as well as animals, could transmit the infection.

The source of the man’s infection raises more questions and concerns about human-to-human transmission of the disease. Chinese officials have confirmed that that is taking place.

To control this outbreak, health officials are trying to determine whether new cases being reported in other cities in China and elsewhere can be traced back to Wuhan, said Tom Inglesby, director of the Center for Health Security at Johns Hopkins’s Bloomberg School of Public Health.

If the disease has been circulating independently in other parts of the country, that information would affect not only how China contains it, but also how other public health agencies in the world seek to prevent its spread, he said.

Coronaviruses are a large family of viruses ranging from the common cold to much more serious diseases and can infect both humans and animals, according to the World Health Organization.

“Since this is a respiratory virus, it is spread easier than Ebola, so it brings with it more fear of easily being transmitted between people,” said Matthew Frieman, a virologist and associate professor at the University of Maryland School of Medicine who studies coronaviruses.

The WHO is meeting Wednesday to decide whether to declare the outbreak a public health emergency.

Symptoms of a coronavirus infection include respiratory problems, difficulties breathing, fever and cough, and can lead to severe cases of pneumonia, kidney failure, acute respiratory syndrome (when fluid builds up in the lungs) and death.

The elderly, young and those with an already weakened immune system are at a higher risk of developing severe lower respiratory tract diseases, such as bronchitis and pneumonia, according to the CDC.

NEW YORK - Risk assets took a hit across the globe on Tuesday while the Japanese yen and U.S. Treasury prices gained as financial markets reac…

BEIJING - A Chinese physician who was investigating the outbreak of a deadly new virus in central China says he has himself been infected.

CDC: This season's flu vaccine is a poor match

In weekly flu data released Jan. 10, five pediatric deaths were reported for the week ending Jan. 4, for a total of 32 such deaths since the season began.

CONCORD — State health officials have announced the first flu-related death in the state this season.