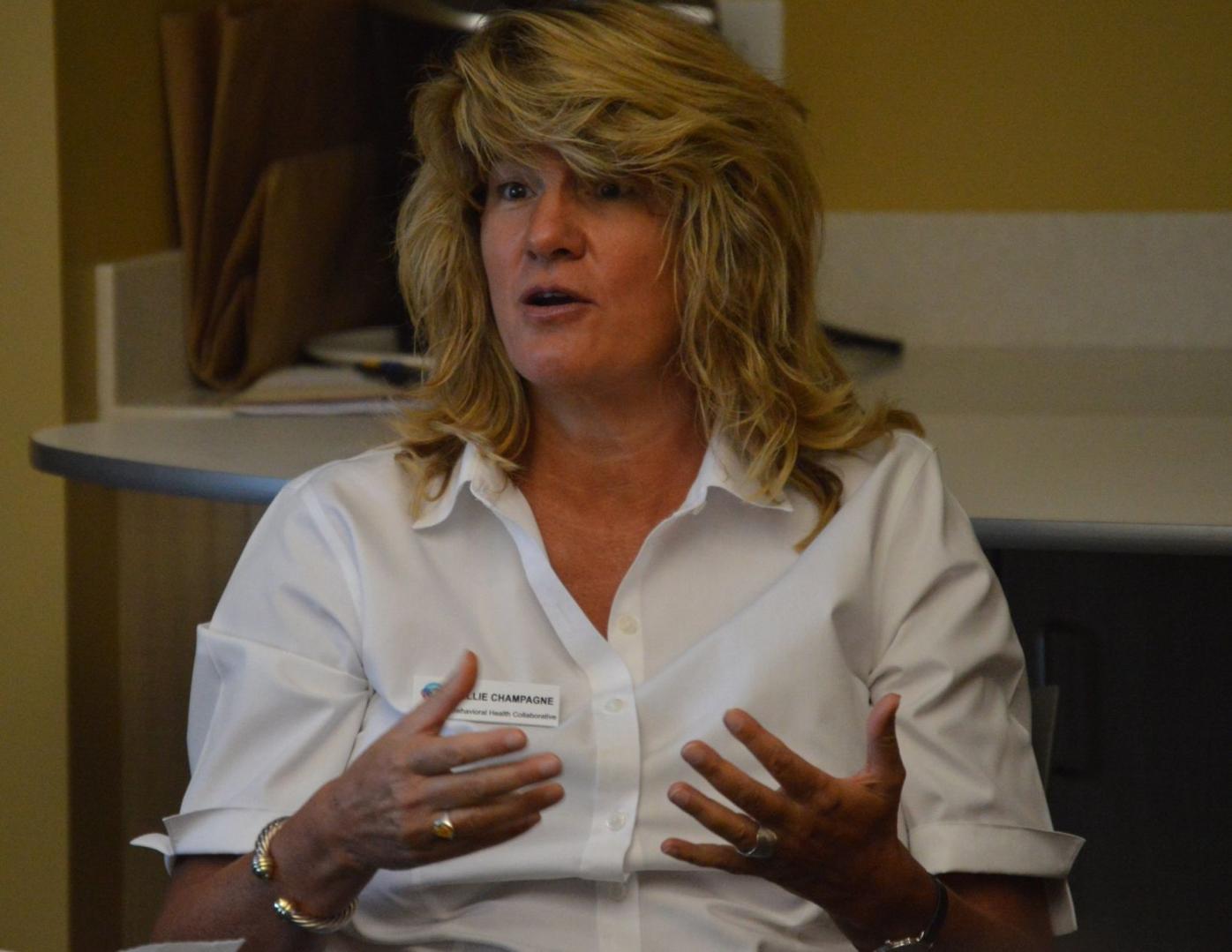 Dellie Champagne, a Concord mother and community engagement coordinator for the Children's Behavioral Health Collaborative, speaks at a forum in Exeter on Tuesday. 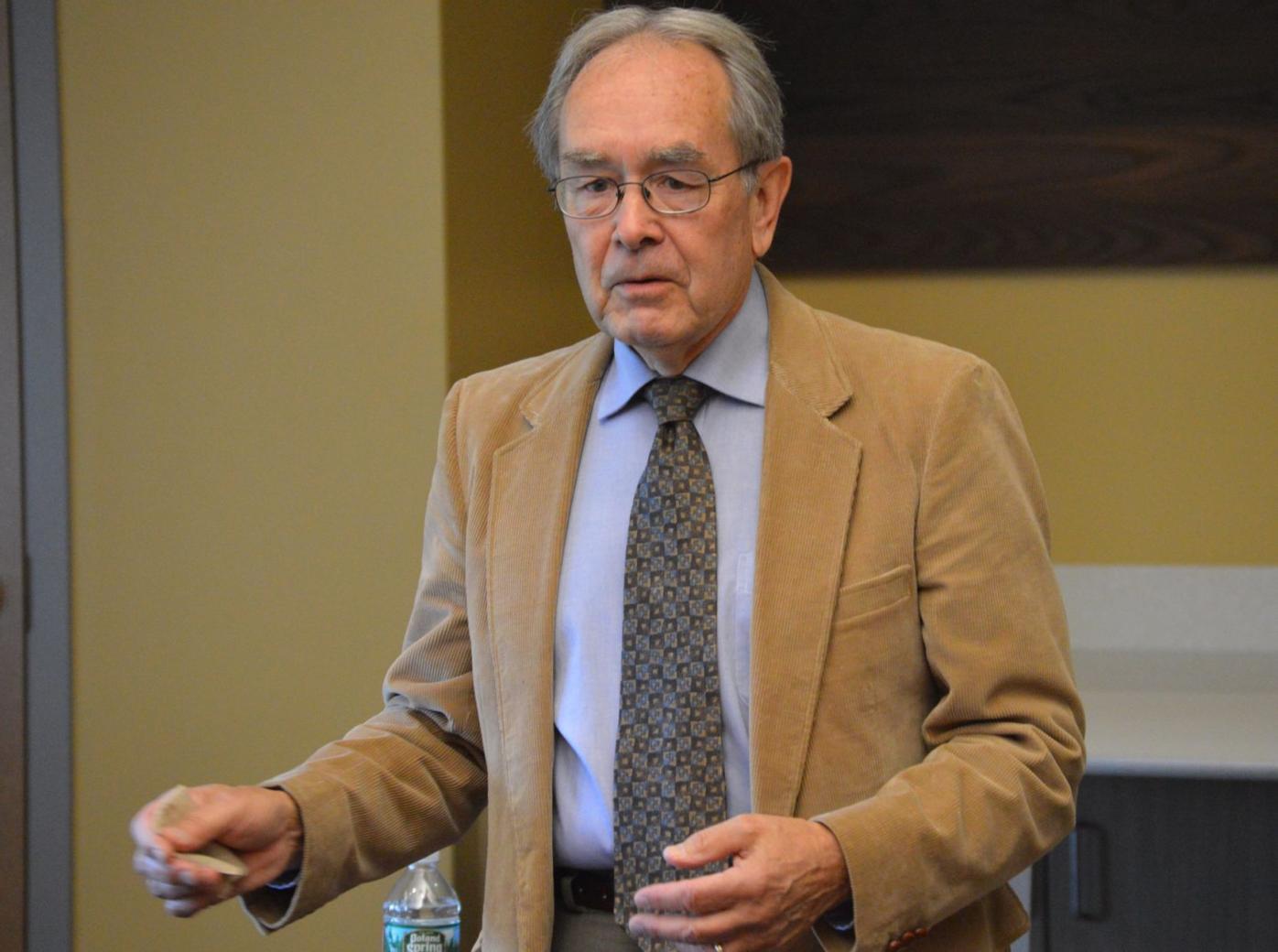 Dellie Champagne, a Concord mother and community engagement coordinator for the Children's Behavioral Health Collaborative, speaks at a forum in Exeter on Tuesday.

EXETER — Families of children battling mental illness and a system they say is broken shared their painful stories with lawmakers at a forum Tuesday morning.

The roundtable discussion held at the Exeter YMCA was aimed at working toward solutions and was hosted by the Children’s Behavioral Health Collaborative and state Rep. Skip Berrien, D-Exeter, a retired pediatrician.

“The thing that frustrates me is we make change as a result of litigation or the squeaky wheel and I hate that,” said Dellie Champagne, a Concord mother and community engagement coordinator for the Children’s Behavioral Health Collaborative who advocated for her son to address a lack of mental health supports that she feels should have been addressed by the Legislature.

The goal of Tuesday’s forum was to create some potential policies that could be discussed during the next legislative session.

Berrien pushed for the forum after hearing from a Seacoast mother about the barriers she was facing trying to access services for her 12-year-old adopted son.

The mother spoke about the difficulties she has experienced with her son, who lived in many different homes until she adopted him.

She described her son as emotionally disabled and said the state needs a system that is “in between crisis and institutionalizing these kids.”

Berrien said he had experiences with mentally ill children through his pediatric practice and realized the work that still needed to be done when he became a legislator.

“I’m hoping that these conversations will go on throughout the state so that we build a consensus that we need to further expand community resources for mental health and behavioral health problems in children,” he said.

Champagne’s son is now 24 and is doing well and getting the support that he needs, but she said she had to give up her career and become his case manager to make sure his needs were being met as he struggled through school and life in general. At age 7 he was diagnosed with Asperger’s syndrome, which is a condition on the autism spectrum, and battled mental illness with suicide attempts and psychotic episodes.

Champagne said her biggest challenge was making the school understand his mental illness. She said she had to push to get social and emotional learning curriculums in place for her son and others.

Champagne said the state needs a more robust system for the mentally ill.

“We like to call it a trauma responsive system. It’s great to be trauma informed for these kids who develop their mental illness through trauma, but the term that we want to get out there is responsive,” she said.

Another mother broke down in tears as she shared stories of her 22-year-old son’s multiple arrests, suicide attempts, hospitalizations, and her efforts to get him help for his mental illness and to get the school system to take proper steps to address his problems.

“There’s nothing worse than not being able to help,” she said.

For the art collector with everything, the $1.5 million COVID mask

MOTZA, Israel - Art rather than ostentation is the rationale behind the world's most expensive coronavirus mask, say the Israeli jewelers who are crafting the $1.5 million object for an unnamed U.S.-based client.

Drs. Oz & Roizen: Is your child at risk for premature heart disease?

When you hear the Bee Gees plead, “How can you mend a broken heart?” we doubt you’re thinking, “Hmmm, that could be a good question to ask about my little kid’s ticker.” But an alarming new scientific statement from the American Heart Association, published in the journal Circulation, reveal…

CONCORD — Effective immediately, everyone at a “scheduled gathering” of 100 or more people in New Hampshire must wear a face covering, Gov. Chris Sununu announced Tuesday.